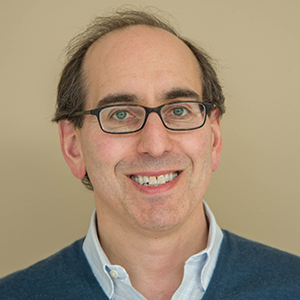 In a previous blog post, we explored whether U.S. copyright law protects scientific models. That post concluded that models, alone, are frequently incapable of reflecting the type of creative expression required to be eligible for protection but also noted that functionality added to models — as occurs when building applications — may well contain such creative expression. Here, we explore the tools that COMSOL offers to help users of the COMSOL Multiphysics® software to publish and protect their proprietary applications.

Building and Distributing Applications: Your Rights

The Application Builder enables you to take a model created in COMSOL Multiphysics, build a customized interface for the model that reflects the needs of your particular organization or customers, and add other custom-programmed functionality to the model. The resulting application is a data structure reflecting your own choices in customizing the interface and adding functionality. You or your organization may claim a proprietary interest in that application. However, the application will also contain elements deriving from COMSOL Multiphysics, such as object code, user interface elements, and equation formulations, in which COMSOL asserts a proprietary interest. 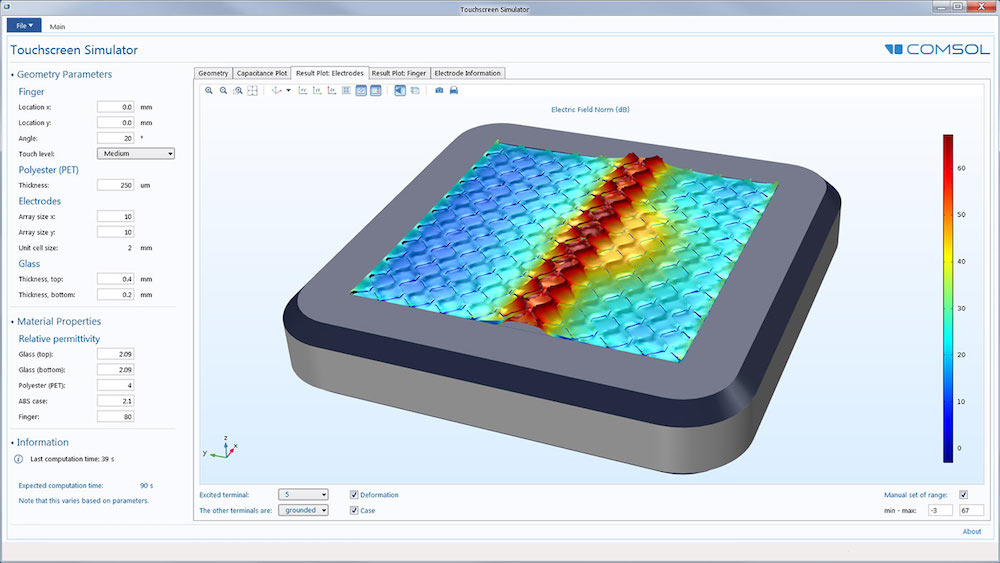 An example of a simulation application that can be used to analyze touchscreen designs.

COMSOL licenses to its users the rights to create and publish applications through the COMSOL Software License Agreement (SLA) that is delivered upon installation of COMSOL Multiphysics. A “license” simply means “permission to do or not to do something.” A license agreement is a contract between two or more parties containing a license and, potentially, other terms and conditions. This post discusses version 5.4 of the COMSOL SLA and features available in COMSOL Multiphysics as of version 5.4.

COMSOL provides various tools that enable you to commercialize or otherwise publish your applications and regulates these tools through the COMSOL SLA.

Specifically, Section 2(e) of the COMSOL SLA grants the owner of a COMSOL Server™ license the right to sublicense to others the right to use that license, in whole or in part, for the purpose of hosting and running one or more applications under certain conditions designed to protect the commercial and intellectual property interests of COMSOL and those who supply COMSOL with components that are incorporated in COMSOL Multiphysics®.

Fourth, the COMSOL Compiler™ deployment product enables users to compile their applications into standalone executable forms that contain the functionality from COMSOL Multiphysics necessary to make such applications run and that may also contain additional functionality supplied by the user. Section 3(c) of the COMSOL SLA licenses to users certain rights to distribute compiled applications both inside and outside the organization of the license owner subject to the similar restrictions to those on applications that are not compiled.

How Do I Protect My Proprietary Applications?

If you put the time and investment into developing your own application and you wish to publish or license it to others, you may want to take steps to define the terms on which you license your application to others in order to protect your proprietary interest and to set the rules by which you allow your application to be used. COMSOL has provided tools to help you do that.

Not only does COMSOL grant these permissions, but COMSOL has provided the tools for you to implement them. Specifically, COMSOL Multiphysics enables users to add licensing terms and conditions to applications and compiled applications in at least two ways:

The “About” Link Option

Many software programs include a file or files containing legal notices. These files are often labeled “About” or “Readme”. COMSOL Multiphysics automatically includes an “About” text in every application you create. Below is an example of an application for the sound generated by a tuning fork. It is a simple extension of the corresponding application in the COMSOL Multiphysics® Application Library. The link to the About text is in the bottom-right corner in the screenshot below.

The About text in each COMSOL® application will contain certain legal notices from COMSOL. However, in addition to COMSOL’s legal notices, you are able to include your own legal terms and conditions in this file. Furthermore, COMSOL publishes a form of simple license that is similar to permissive “open source” licenses that allow the liberal use, modification, and republication of software programs. This form enables you to allow others to use, republish, and even modify your application (within the framework for modifying applications that is supplied by COMSOL).

To insert terms and conditions in the About text for your application, open Application Builder, go to the Settings window of the Main Window node in the application tree, and insert the license terms in the Custom text field. COMSOL’s Application License Agreement serves as an example here. 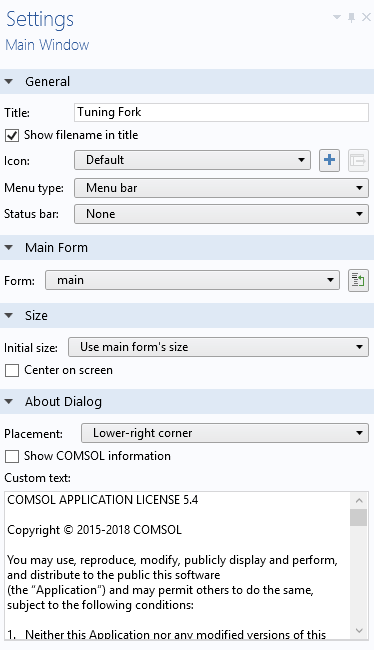 The settings for the main window in an application. 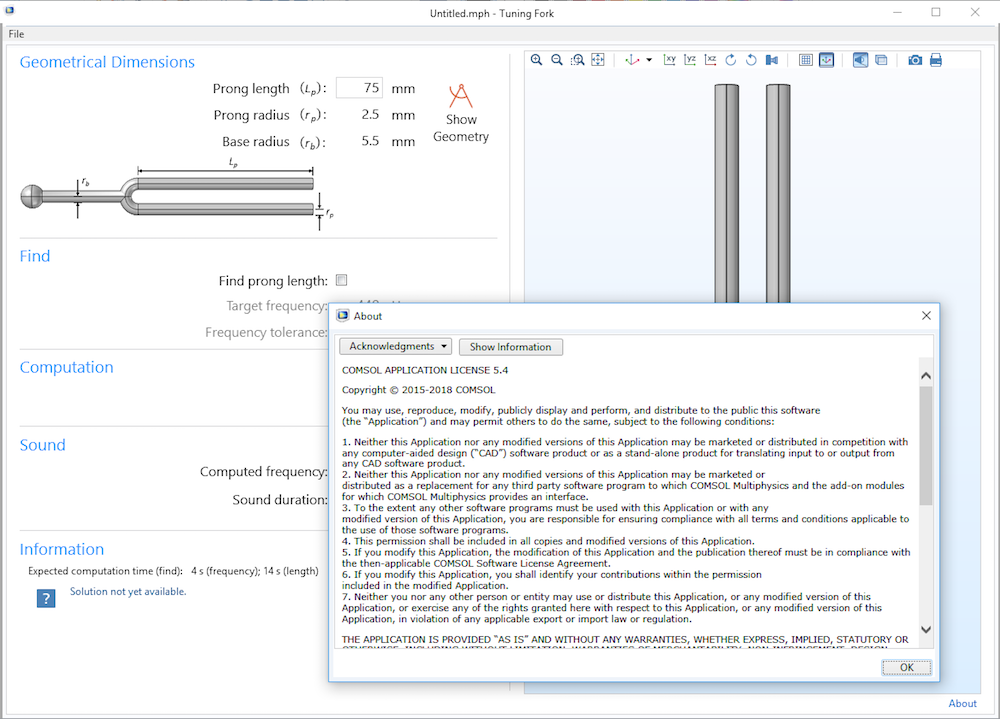 The About dialog box as displayed in the application’s user interface.

The screenshot below shows the tuning fork demo app from the Application Library with an added click-through agreement, which, in this example, is a modified version of COMSOL’s Application License Agreement (prepared for illustration purposes). 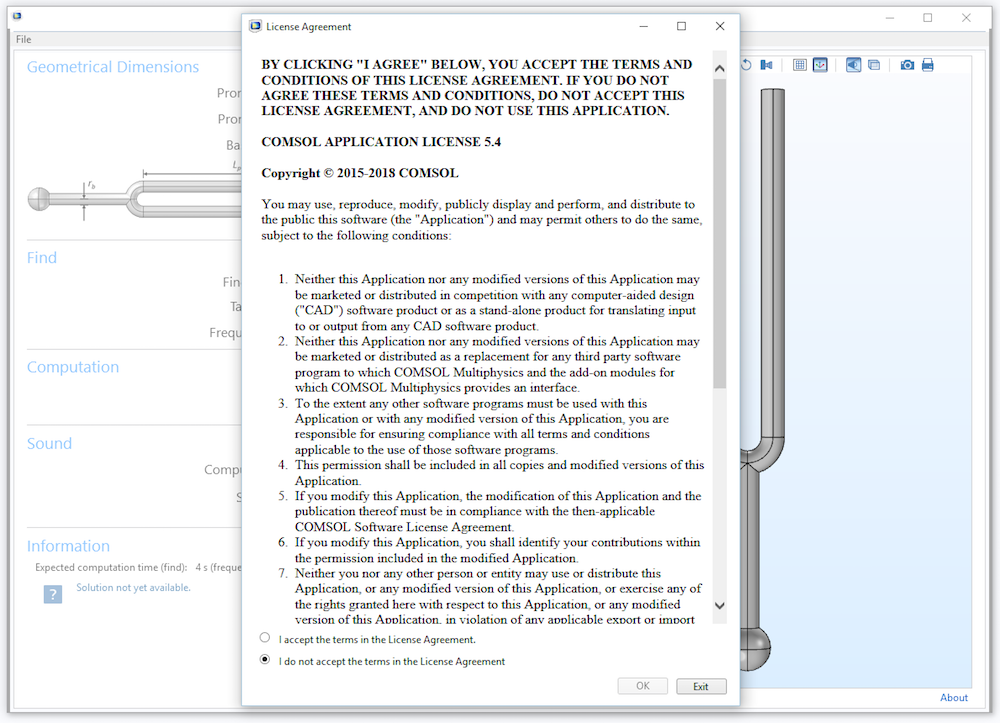 A click-through agreement for the tuning fork demo application.

How to Add a Click-Through Agreement to an Application

Let’s go over how to add click-through agreements to an application. For more detailed instructions on how to implement any of these steps, see the Introduction to Application Builder. The example application shown here can be downloaded from the Application Gallery.

The click-through agreement is made available in the application by using a Web Page form object to create a form containing that agreement, which is labeled sla, and to include two radio buttons, as well as an OK and Exit button, as shown below. 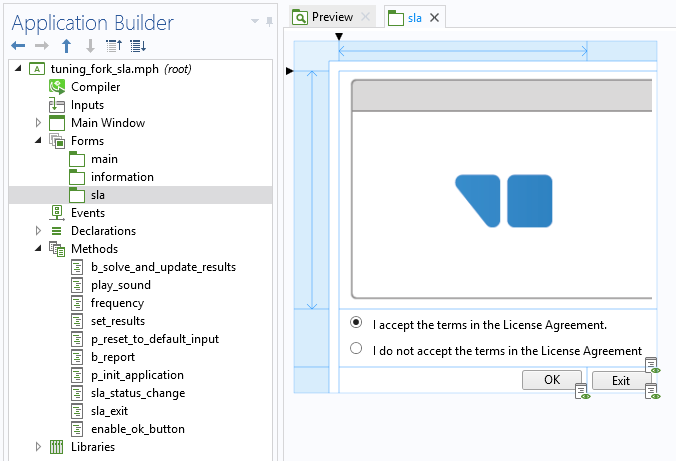 The form used to show the click-through agreement.

The Web Page form object contains the agreement, which you will need to enter in HTML format, as shown below. 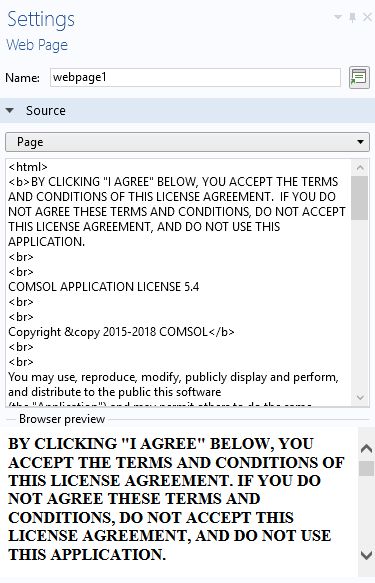 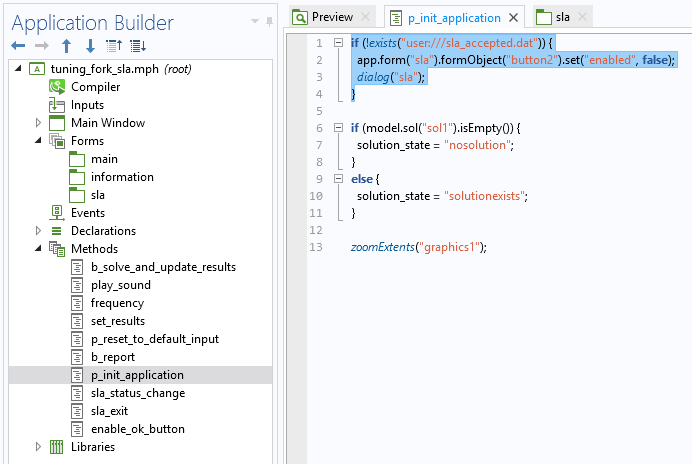 When the user clicks OK, the method sla_status_change, which writes the file sla_accepted.dat to the user folder, is run, as shown below. 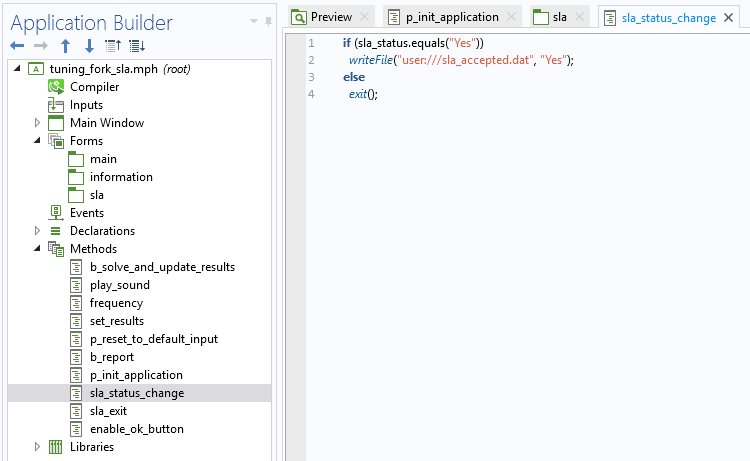 If the user clicks Exit, the method sla_exit is run, as shown below.

In addition, when the user clicks the radio button, the method enable_ok_button enables or disables the OK button, depending on whether the user chooses to accept the license agreement or not, as shown below.

The views expressed in this blog post are offered for purposes of discussion only and should not be construed as legal advice or as the official position of COMSOL on any legal matter. Nor are the views expressed here intended as exhaustive coverage of the subjects addressed here. Each situation is different, and different circumstances may result in different legal outcomes.