In its natural state, air is a good insulator. However, if it’s adequately ionized, it can ultimately lead to “corona discharge”. What does that mean and why is it important? Let’s find out.

Arcing is probably something that you are all familiar with. This is when the electric potential between two electrodes is great enough that electrons pass from one electrode to the other, even through air. Lightning is a classic example of this. Prior to the conditions leading to arcing, applying an electric potential between two electrodes can lead to limited conduction of electricity and corona discharges. This usually occurs with electrodes containing areas of reduced surface area, such as a wire. The air molecules in the vicinity of it become ionized, and positively-charged particles and electrons are free to move in relation to each other. 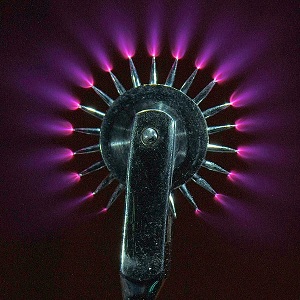 In the vicinity of this corona, the resulting plasma essentially becomes a conductor of electricity with both positive and negative effects on the fluid, such as air, that is just outside of the region of the corona. Under controlled circumstances, corona discharges are a good thing; they enable you to make photocopies, purify air in air conditioners, keep the swimming pool clean, and so forth. On the other hand, particularly when this type of discharge happens spontaneously, it’s less than advantageous. High-voltage systems, such as generators for instance, can wind up wasting energy or harm surrounding components if corona discharges are allowed to occur.

Working with the Effects of Corona Discharge

The negative effects of a corona discharge were presented at the COMSOL Conference 2012 in Milan. This presentation showed how a high-voltage generator is harmful to the stator winding’s insulation system if a corona discharge was allowed to develop. Their solution was to apply end-winding corona protection (ECP) to the insulation where the design of the ECP is important to the overall performance of the generators.

A user’s story published in COMSOL News 2012 also reported on engineers that needed to consider the phenomenon. In order for their electrostatic precipitators to work optimally, they need to apply as high a voltage between the electrodes as possible. This would maximize the charging of polluting particles from their flue gas and ensure they would migrate towards and be captured by one of the electrodes, thus cleaning the flue gas. If a corona develops, then energy in charging the flue gas is lost towards maintaining the corona. Furthermore, if it continues to develop arcing can occur, which would not at all be a good thing in the confined spaces of an electrostatic precipitator.

The two previous examples were modeled using the flexibility of COMSOL Multiphysics to approximate the behavior of a corona discharge and its effects on the fluid (air) it interacts with. A more rigorous model that can be found in our Model Gallery also considers the ionizing reactions that occur within the fluid and treats the phenomenon as a multiphysics problem.

Plasmas and coronas are certainly magical and beautiful. They have been astounding people for millennia, and they’re a phenomenon worth trying to understand. 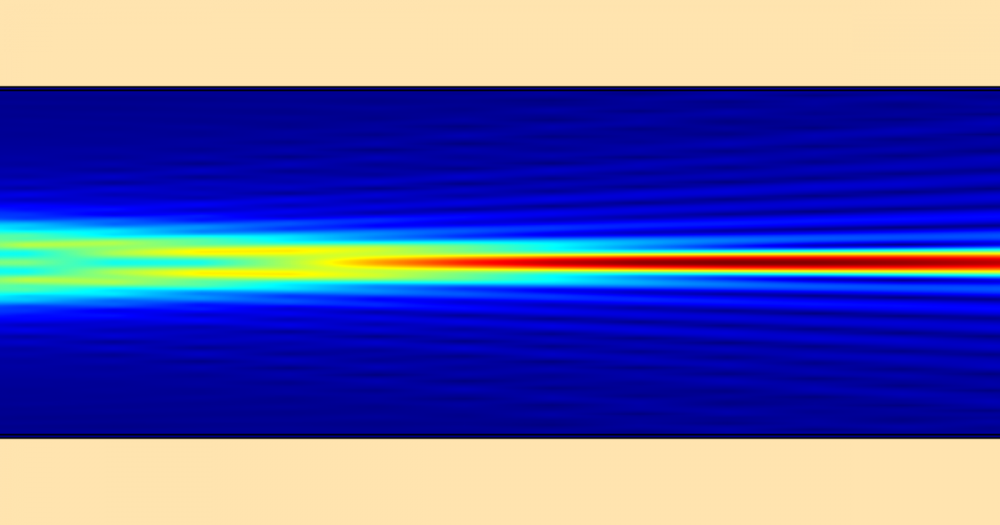 How to Use the Beam Envelopes Method for Wave Optics Simulations

I think you will find it more appropriate to get help for your model though our Support Center (https://cww.comsol.com/support/). Here, we will make sure you reach the right expert and you would have a way to share your model