We welcome both experienced COMSOL Multiphysics® users and those who are new to the software to attend this COMSOL Day. The sessions will focus on the different modules and their respective application areas, and you will learn about the software features and the updates introduced in version 5.6. There will be ample opportunities to ask questions of the different technical product managers.

COMSOL Multiphysics® version 5.6 introduces many new features and benefits for all parts of your modeling workflow. This session will summarize many of the general updates and improvements within the core functionality of COMSOL Multiphysics®, from improved solvers and handling of CAD geometries to new graphics features. Major news will be presented, such as the introduction of four new modules, and important new features will be demonstrated.

COMSOL Multiphysics® and its structural-mechanics-based add-on modules contain all of the components and features necessary for analyzing phenomena based on solid mechanics, composite materials, geomechanics, rotordynamics, and multibody dynamics. This session will briefly summarize the fundamental features within the different modules to analyze these and other applications. Further, we will specifically touch on improvements that come with version 5.6 in contact analysis, the modeling of cracks, new methods for analyzing nonlinear materials, and the simulation of wear and embedded reinforcements.

By attending this session, you will receive an overview of the AC/DC Module, which is used for low-frequency electromagnetics simulation. Important new features that have been implemented in version 5.6 will also be summarized. Many components, devices, and applications are subject to static or low-frequency electromagnetic behavior, especially when coupled to other physics phenomena, and questions about the simulation of this and the AC/DC Module itself will be answered by COMSOL technical staff.

Improvements to the Acoustics Module in version 5.6 have been fairly extensive and cover many of its features and components. This includes improvements in simulating ray acoustics, applying the time-explicit discontinuous Galerkin method, and extending the capabilities of the module’s integrated boundary element methods. These updates will be discussed along with the general capabilities of the Acoustics Module. You are more than welcome to ask questions to COMSOL technical staff.

In this session, we will cover the use of the RF Module and Wave Optics Module for simulating Maxwell's equations in the high-frequency electromagnetic wave regime. We will also introduce new features and improvements that come with version 5.6 for modeling applications, such as resonant cavity analysis, antenna modeling, simulating transmission lines and waveguides, and applications where periodic structures and scattering should be taken into account.

Much has been added and improved in the Heat Transfer Module for version 5.6, particularly within simulating radiation phenomena. This session will investigate these new features and increased abilities as well as summarize all of its capabilities for those not familiar with the module. Heat transfer is often integral in applications also dependent on other physics, such as electromagnetic behavior, fluid flow, and structural processes, and this session will be useful for those dealing with heat-transfer-based multiphysics applications.

The optimization of manufacturing processes, material choice and properties, and operating conditions is inherent to any engineer’s decision making. In this session, we will demonstrate how optimization can be applied to your COMSOL Multiphysics® simulations using the Optimization Module. New and improved features introduced in version 5.6 will be summarized, including a new optimization solver. Questions are welcome and will be answered by COMSOL technical staff.

In this session, we will present strategies for modeling system-level reaction kinetics models as they pertain to mass, momentum, and energy transport. The Chemical Reaction Engineering Module enables you to consider diffusion and convection in diluted and concentrated solutions, thermal effects on reaction chemistry, and mass and heat transfer in heterogeneous catalysis, among other phenomena. We will also introduce how the new add-on product, the Liquid & Gas Properties Module, can be employed for simulating chemical reaction processes.

Attend this session to learn about the features in COMSOL Multiphysics® for manipulating geometries and generating optimal meshes for your simulations. We will cover new functionality available in version 5.6 and demonstrate how to efficiently build parameterized geometries and tweak meshing parameters for unstructured meshes. Questions from session attendees will be answered about the meshing and utilization of COMSOL’s CAD-based products.

COMSOL Multiphysics® is used to model fluid flow applications that may be described as being laminar, turbulent, compressible, and multiphase in nature. Non-Newtonian flow is also easily modeled by the COMSOL® software, especially with the introduction of the new Polymer Flow Module. During this session, we will present how such phenomena can be modeled by the Polymer Flow Module and other add-on modules to COMSOL Multiphysics®, along with new features and improvements introduced with version 5.6.

The latest features within the Ray Optics Module include new ways to simulate the release of rays and handle ray-boundary interactions. Moreover, material model improvements in image simulation capabilities have also been a focus. These features will be discussed in this session. The basic functionalities for modeling ray optics phenomena in COMSOL Multiphysics® will be summarized. Questions during the session are welcome.

This session will introduce you to the most important solver algorithms in COMSOL Multiphysics® and improvements that come with version 5.6. We will concentrate on improvements that ensure solvers are faster and more memory efficient, particularly for multicore and cluster computing. Further, we will look at newly incorporated domain decomposition methods and a new eigenvalue solver. Questions will be taken on these and other topics concerning the acceleration of convergence of your nonlinear multiphysics models.

The Application Builder is included in the COMSOL Multiphysics® software and allows you to transform your models into simulation apps controlled by interfaces appropriate for what is being simulated. This type of tool is unique to COMSOL Multiphysics® and will open up the world of simulation to all engineers, operators of processes, and scientists. This session will demonstrate the use of the Application Builder and how it can fundamentally augment how your organization approaches simulation. 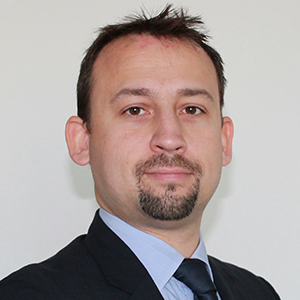 Daniele Panfiglio
Branch Manager, Italy
Daniele Panfiglio has been with COMSOL since 2009 and currently works as the managing director of the Italian office. He received his degree in material science engineering at the University of Brescia. Before joining COMSOL, he worked in the plastics injection molding simulation field. 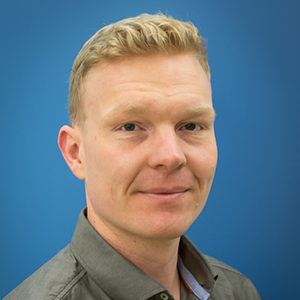 Björn Dahlgren
Developer, Chemical Engineering
Björn Dahlgren is a senior product developer, Chemical Engineer group, in Stockholm, and has worked at COMSOL since 2019. He has a background in physical and computational chemistry. He previously worked modeling heterogeneous radiation chemistry during his doctoral studies at KTH Royal Institute of Technology and in the nuclear industry. 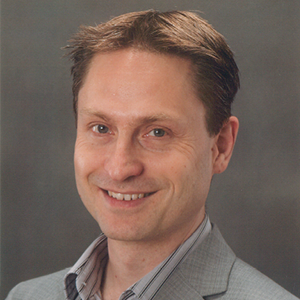 Bjorn Sjodin
VP of Product Management
Bjorn Sjodin is the VP of product management at COMSOL. He has been with COMSOL since 1995 and started out as a member of the development team in Stockholm, Sweden. He joined the COMSOL office in Burlington in 2002. 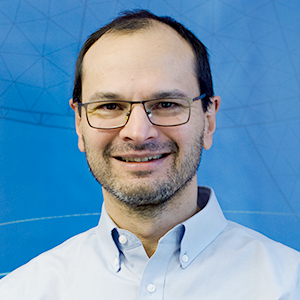 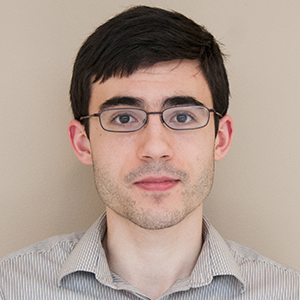 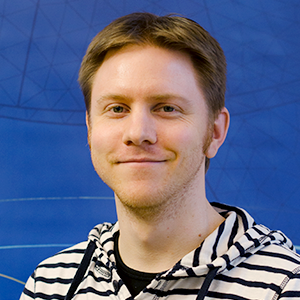 Durk de Vries
Technical Product Manager, AC/DC Module
Durk de Vries is the technical product manager for the AC/DC Module at COMSOL. In addition to AC/DC, he works with the RF and Wave Optics modules. Before joining COMSOL in 2013, he did research on RF cavities and low-frequency electromagnetics at the Particle Accelerator Institute in Groningen and the University of Eindhoven. 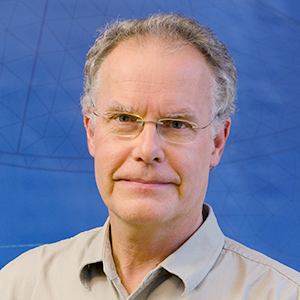 Henrik Sönnerlind
Technology Manager, Structural Mechanics
Henrik Sönnerlind has managed structural mechanics development at COMSOL since 2010. With a background as a consultant, he has many years of experience in engineering analysis for the automotive, nuclear, and telecom industries. He graduated from KTH in Stockholm in 1981, specializing in continuum mechanics and numerical methods. 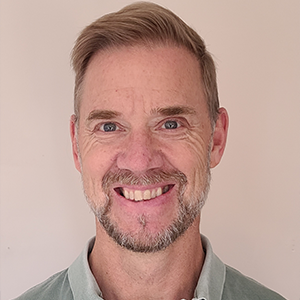 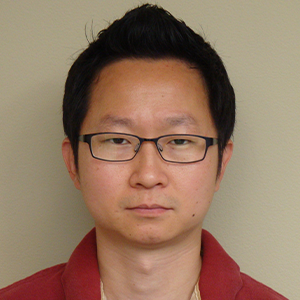 Jiyoun Munn
Technical Product Manager, RF
Jiyoun Munn is the technical product manager for the RF Module at COMSOL and a senior member of IEEE. He has 2 decades of experience in the RF industry, creating more than 150 antenna and microwave device prototypes and holding patents for antenna interrogation systems. He has an MS in electrical engineering from the University of Michigan. 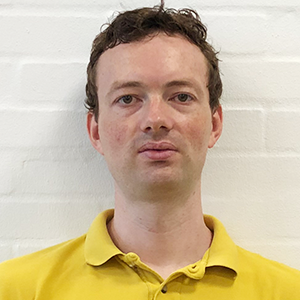 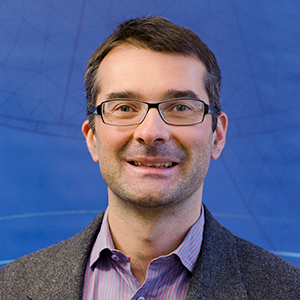 Lorant Olasz
Technology Manager, External Interfaces
Lorant Olasz joined COMSOL in 2006 and is the technical product manager for the CAD Import and ECAD Import modules, LiveLink™ for CAD products, and LiveLink development team. Previously, he was a product specialist in structural mechanics. He received his PhD in solid mechanics from the Royal Institute of Technology, Stockholm. 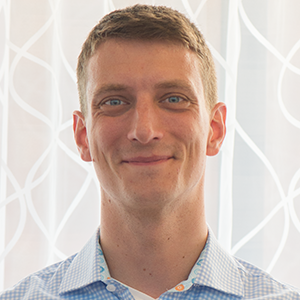 Mads J. Herring Jensen
Technical Product Manager, Acoustics
Mads Herring Jensen joined COMSOL in 2011 and is the technical product manager for the Acoustics Module. Before starting at COMSOL, he worked in the hearing aid industry for five years as an acoustic finite element expert. Mads has a PhD in computational fluid dynamics from the Technical University of Denmark. 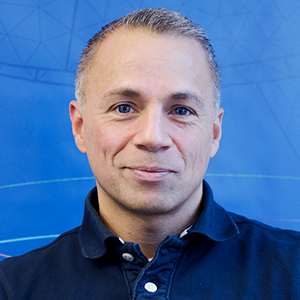 Mats Nigam
Technical Product Manager, CFD
Mats Nigam is the technical product manager for fluid flow at COMSOL. Prior to joining COMSOL in 2012, Mats worked in academia at MIT and Cambridge University and in the pulp and paper industry at Noss AB. He received his PhD in applied mathematics from MIT in 1999. 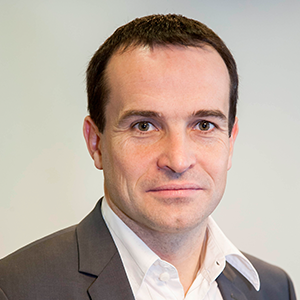 Nicolas Huc
Technology Product Manager, Heat Transfer
Nicolas Huc joined COMSOL France in 2004 and is currently the head of their development team. He is also the manager of the Heat Transfer Module. Nicolas studied engineering at ENSIMAG before receiving his PhD in living system modeling from Joseph Fourier University. 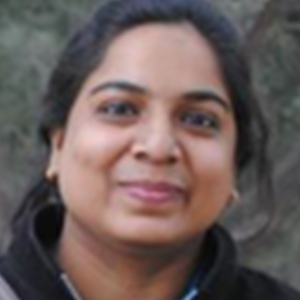 This event will take place online.