Loudspeakers, specifically electrodynamic transducers with enclosures, are used almost everywhere in our life. Transportation of acoustic information is vital for humans since the very beginning of the human evolution. Hence, reproduction of acoustics has a long tradition in engineering sciences. Many of the fundamental inventions are more than 100 years old – the 100th anniversary of the electrodynamic transducer is unclear, but the research paper in 1925 by Chester W. Rice and Edward W. Kellogg at General Electric[1] might be called the birth of the electrodynamic loudspeaker.

Almost 100 years of engineering evolution of loudspeakers also means lots of new ideas, inventions and improvements. Today’s performance parameters of electrodynamic transducers look like a different device than compared to the first prototypes back in 20s of the last century. It is said, that we are now in quite a flat technology curve where huge efforts needs to be invested for relatively small improvements. As a conclusion, we believe that applying mathematical optimization models to improve the performance of electrodynamic transducers might be a chance for another era of revolutionary rather than evolutionary progress in loudspeaker design.

This paper will demonstrate the application of optimization procedures to various types of loudspeakers, i.e. sealed and ported ones, to optimize performance targets like smoothness and sensitivity, as well as others.

[1] Rice, Chester W. and Edward W. Kellogg, "Notes on the Development of a New Type of Hornless Loudspeaker," Transactions of the American Institute of Electrical Engineers 44, 1925, p. 461-475 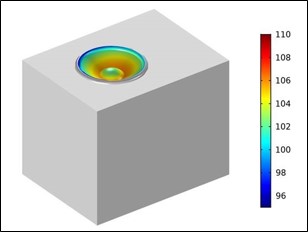