Licenses may be perpetual or for a select term period. All updates and technical support are provided for the 12 months following the purchase.

A single named individual may use the software simultaneously on at most two computers but may install the software on up to four computers. There is no restriction on the number of simultaneous sessions that the designated user may run. You may replace the designated user we have on file for the license on a temporary or permanent basis no more than two (2) times a year, provided that only one licensed user is designated to us as the Named User, at any given time. A Named Single User License may be accessed and used via a single encrypted connection providing secure remote access, such as Virtual Private Network or Remote Desktop Protocol (using Network Level Authentication and using encryption).

You can install the COMSOL Multiphysics software on one designated computer and different users can take turns using the software on that computer, one user at a time. There is no restriction on the number of simultaneous sessions that the one user may run. The CPU version of the software may not be accessed or used over a network or remotely.

Licensed per concurrent user, you can install the software on as many machines on your network as needed within your country or territory. The COMSOL Multiphysics software can run on local computers, with the network used only for license authentication. There is no restriction on the number of simultaneous sessions that a concurrent user may run on a local computer. Alternatively, you can run the software on a remote computer over your network. Support for remote computing includes using Windows® Remote Desktop. In addition, this license type allows access to the COMSOL computational engine using a client. For example, you can run the graphical user interface on an inexpensive local machine, while offloading the heavy computations to a remote high-end machine. Cluster and cloud computing is supported on Windows® and Linux® platforms. For local use, there is no restriction on the number of simultaneous sessions that one concurrent user may run. With respect to cluster computing and cluster sweeps, a single model may be run on multiple compute nodes with no restriction on the number of compute nodes.

Up to 30 teachers and students can run the software for classroom purposes over the school’s network where they access the license on-campus or through a secure remote connection. 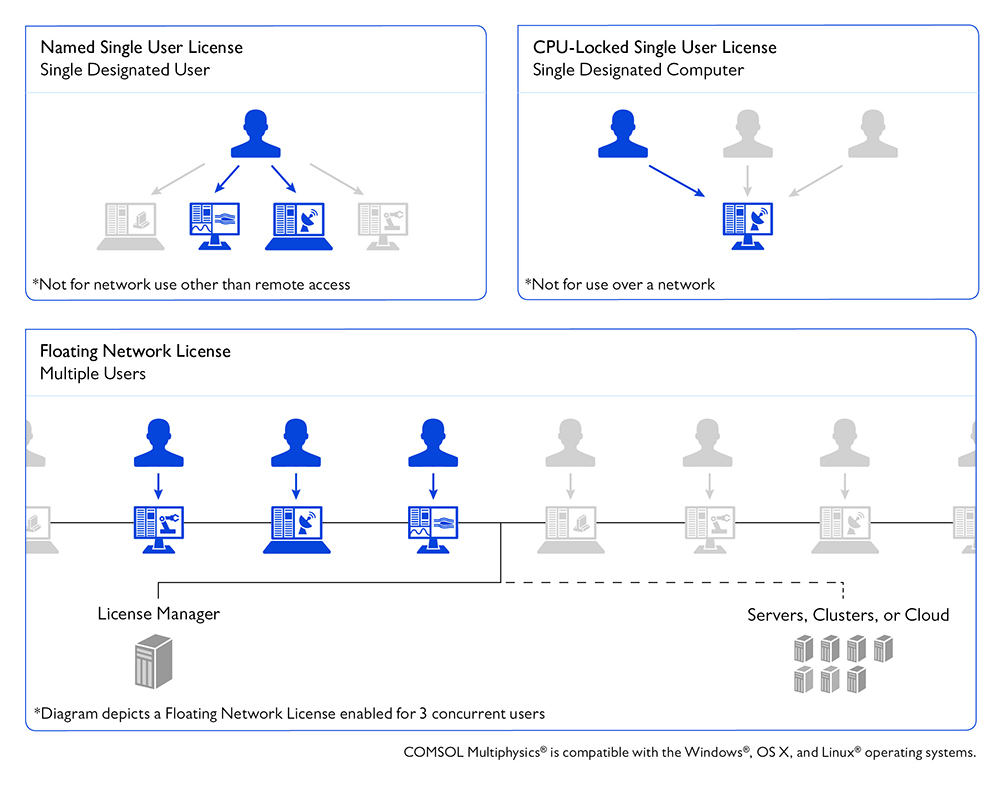 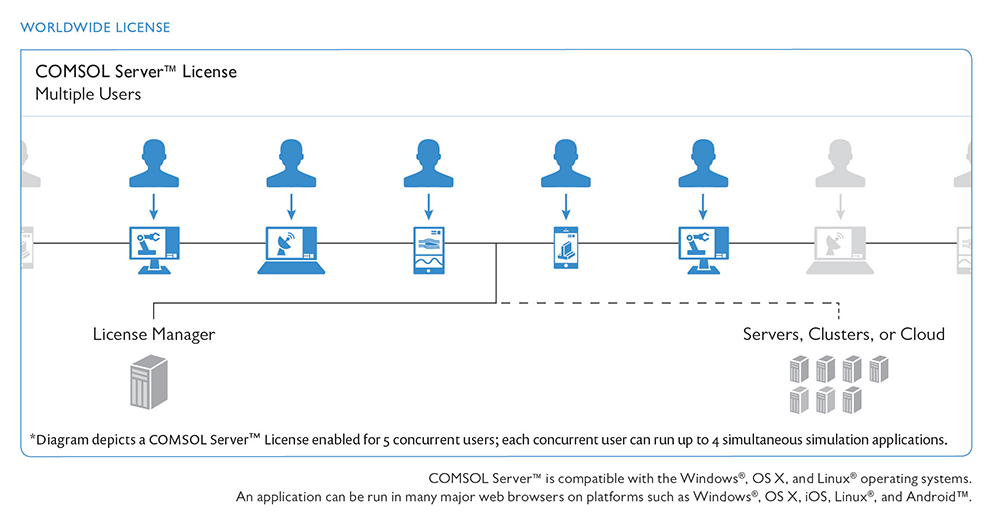