Examples of the General Extrusion Operator

The General Extrusion operator maps expressions defined on a source to an expression that can be evaluated on any destination geometry where the destination map expressions are valid. It can be used for a variety of different purposes, examples of which are presented here.

Extruding Data Along a Direction

Given an expression defined on a plane, e.g., the xy-plane, it is desired to map this data along the z direction. 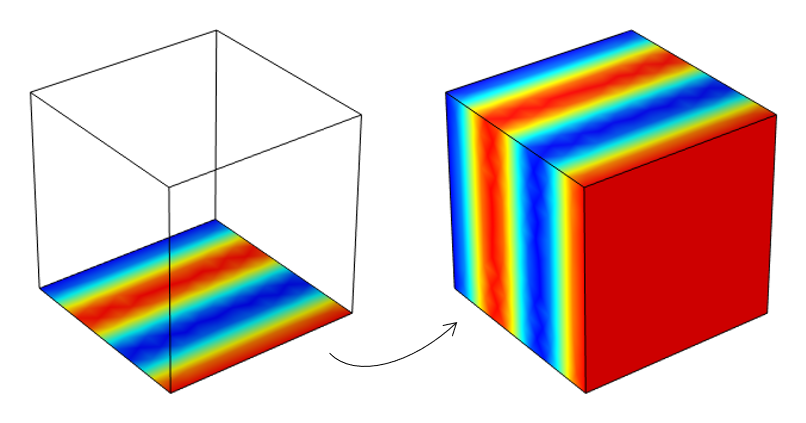 Mapping of data defined on a boundary (left) along the direction normal to the plane and into a volume (right). 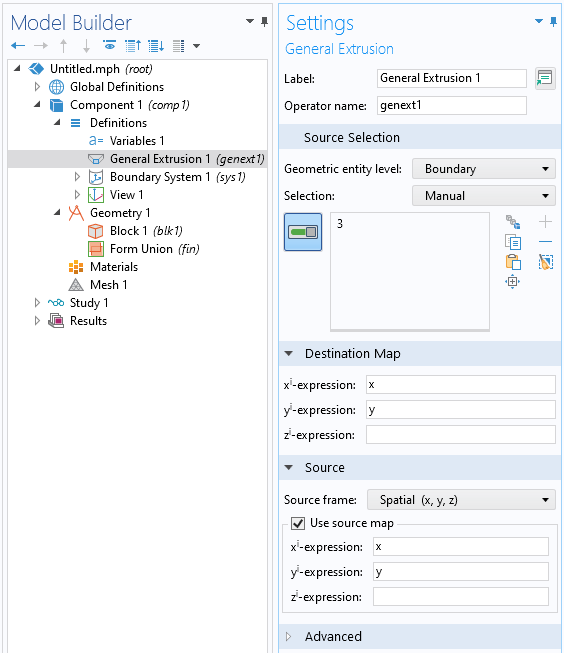 Settings used to map data from a boundary parallel to the xy-plane along the z direction.

Mapping of data defined on a cross section (left) around an axis of symmetry and into a volume (right). 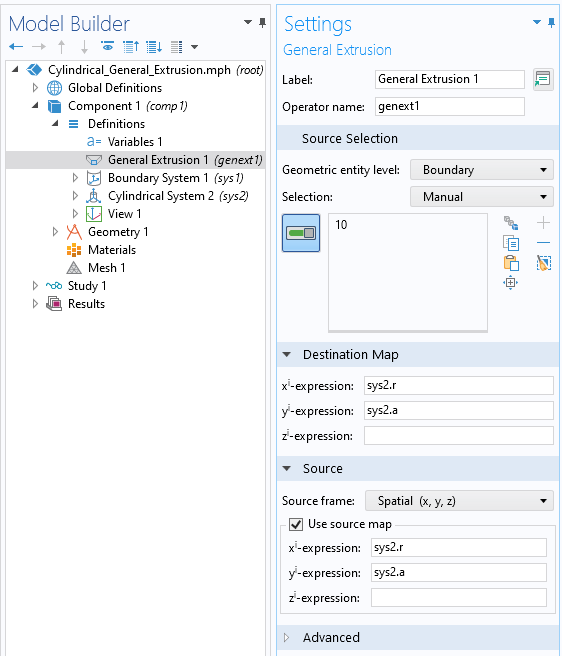 Settings used to revolve data about the azimuthal axis of a cylindrical coordinate system. 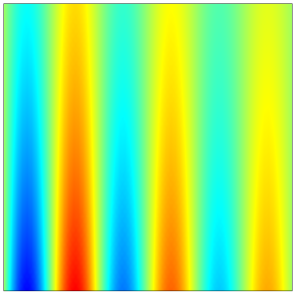 Sample data defined on the xy-plane, centered at the origin.

Considering a variable defined on the xy-plane within a unit square centered at the origin, as shown above, it is possible to implement a variety of transforms simply via different destination maps, and leaving the source map unchanged. Several cases are illustrated in the table below. The same transforms can be implemented in three dimensions.

Other Uses of the General Extrusion Operator