The COMSOL Conference 2013 Boston finished up on Friday last week. There were lots of excellent posters and user presentations, and some enriching conversations during the coffee breaks. On Thursday, our three keynote speakers took to the stage and treated us to each of their multiphysics simulation stories. Here’s a round-up of who presented and what they shared with the audience. 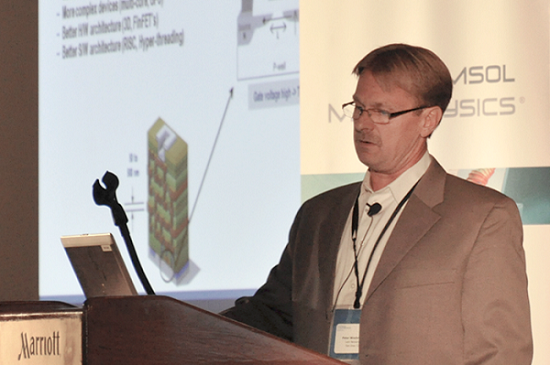 Next, we heard about the use of multiphysics simulations during the various design stages of magnetostrictive transducers. Keynote speaker Julie Slaughter of ETREMA Products, Inc. began by introducing us to the concept of magnetostriction (in short, it’s the inherent property of ferromagnetic materials). Due to the nonlinear material behavior brought on by magnetostriction, it provides for some interesting modeling scenarios. Slaughter walked through three different stages where ETREMA used COMSOL Multiphysics: initial design, model validation, and design diagnosis. She showed that during the detailed design process, they use COMSOL to model single physics to get an idea for the basic design. The multiphysics capabilities of the software really come into play during the design validation steps, when the simulations need to come as close to experimental data as possible. 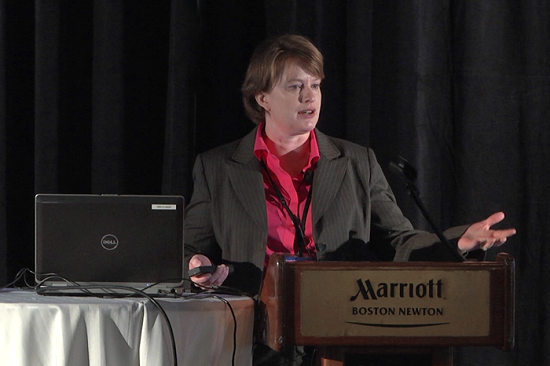 The third keynote presentation was on corrosion and mechanical performance, held by Siddiq Qidwai who works at the U.S. Naval Research Laboratory but was here on a personal account this year. Qidwai’s presentation was very pedagogical, as he walked through a modeling example infused with simulation tips and advice throughout. While the central theme of this speech was corrosion (“It’s everyone’s problem,” as he put it), a second focus was on his main advice of going from simple to complex problems, which he demonstrated in his corrosion pitting example. Qidwai also made another good point through this modeling example: in-situ studies of this particular phenomenon is far from easy, so it is a very good idea to utilize software when trying to predict the pit growth. 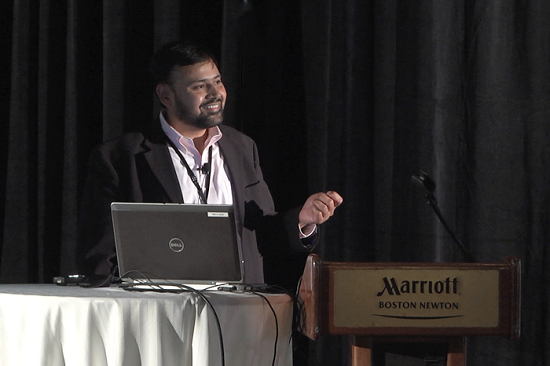 Thank you to all three of our COMSOL Conference 2013 Boston keynote speakers!