On this day in 1856, a boy was born in the middle of the night during a lightning storm. Today, we remember that boy as the brilliant man he grew into — the man who contributed immensely to science and engineering: Nikola Tesla.

Mad scientist, genius, or both, one thing is for certain: Nikola Tesla’s inventions were ahead of the times. In fact, many of the projects Tesla worked on were so astonishing that they are even irreproducable to this day.

With hundreds of patents backing him, Tesla is credited with many inventions, from alternating current to the remote control and many things in between. Some ideas were practical and are still enjoyed today, while others were very, let’s say, out there.

Born in a Lightning Storm

Nikola Tesla was born on July 10, 1856 in what is today known as Smiljan, Croatia. As the story goes, the midwife thought of the lightning storm during his birth as a bad omen. His mother, Djuka Mandic, disagreed, saying “No, he will be a child of light.” The story of his birth was perhaps a foreshadowing of his coming obsession with electricity. As further inspiration growing up, his mother kept busy inventing small household appliances on the side. 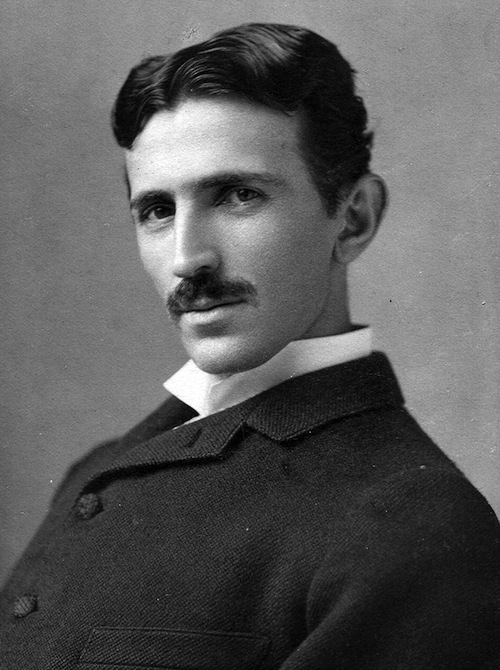 Nikola Tesla showing his “good side”. If you’ve seen a photo from the other side of his face, it was probably flipped; he took great care to only show the side he preferred.

Some Famous Inventions and Discoveries

As a young adult, Tesla moved around quite a bit in Europe, for studies and work. In 1884, he moved to New York City and later became a U.S. citizen. It was in New York that he carried out most of his experiments.

One of Tesla’s perhaps most important discoveries was that of the rotating magnetic field. While it is unclear exactly when he discovered this (he suggests it happened in 1882), he did get a U.S. patent for an electromagnetic motor based on the phenomenon in 1888. 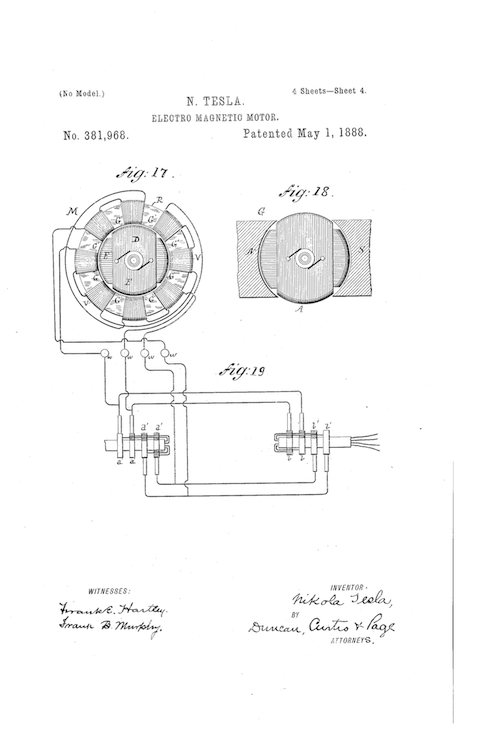 Tesla’s patent for his electromagnetic motor.

In 1891, he invented the Tesla coil, a component that is still used in radio technology to this day. As you may already know, these coils are famous for their ability to create incredibly powerful electric fields — and without wires. Remember Marconi and his wireless technology? Well, his invention was partially built on Tesla’s patents. Testing the coil, Tesla apparently got it to emit electrical arcs of 100,000,000 volts! That is, of course, an amazing result not easily reproduced. The Tesla coils used in radio and TV receivers today do not operate at such high voltages, and we don’t even call them by that name anymore. All the same, without his invention, modern technology might have been very different. 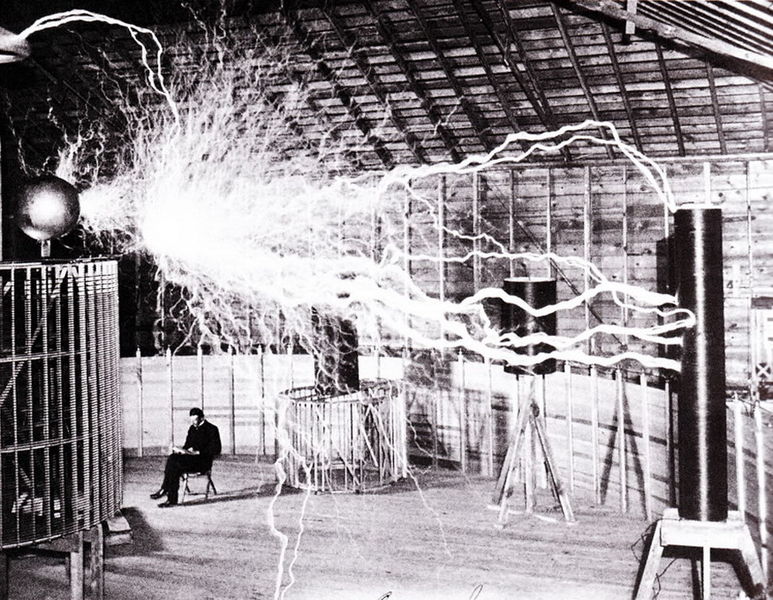 Besides being brilliant, he was also a rather eccentric man. Did you know, for instance, that he disliked pearls? And not in an “I don’t think pearls are pretty” sort of way. Some say he took it so far as to refuse to speak with women who were wearing them — including his own secretary. It’s likely that his loathing of pearls was an extension of his general aversion to round objects. Tesla was also said to have been an asexual germophobe with a photographic memory who slept no more than two hours at a time and was obsessed with numbers divisible by three. If you think that’s a lot to take in, you’ll find that the list of interesting traits is actually even longer. You can read more about his personality quirks here.

Perhaps being eccentric goes hand-in-hand with being brilliant. Tesla’s photographic memory enabled him to do mathematical equations in his head and memorize plans and schematics for his inventions without having to write them down. It might even have saved the rest of us from getting into trouble. One of his last major projects, the “Teleforce” (also known as “Death Ray” or “Peace Ray”), was so powerful it would be very dangerous in the wrong hands. It was a particle beam projector that would supposedly be able to shoot 60 million-volt lightning bolts over 200 miles, liquifying its targets, for national defense purposes. Before he died, he only recorded some aspects of his designs and we have no way of knowing how to complete the project. According to one source, the FBI locked up his partial schematics just to be safe.