Worried about bacteria in your tomatoes? Research presented at the COMSOL Conference 2014 Boston shows where bacteria seeps through during hydrocooling — and how we can avoid ingesting it. 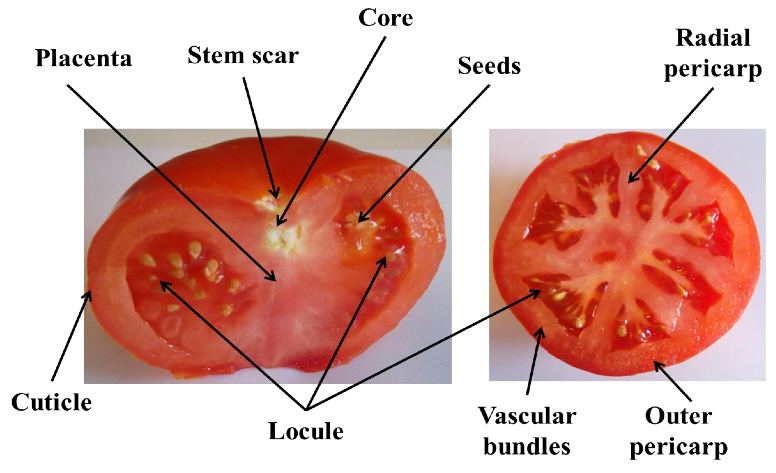 Image of a tomato created by A. Warning and A.K. Datta and taken from their poster.

Hydrocooling is a form of precooling, which is a common practice at the harvesting site. Precooling is designed to keep the produce fresh longer; without cooling produce off soon after harvest, it will continue to age and start to degrade. The hydrocooling process, specifically, involves putting freshly picked and hot-from-the-sun batches of produce into containers of cold water. The water will then cool off the fruit or vegetables. How long that takes naturally depends on the size of the produce, ranging anywhere from a few minutes to a full hour.

But, it turns out, a method meant to improve the quality of our produce might actually introduce new bacteria.

He explained to me that the water used during the hydrocooling process might be contaminated. For example, a farmer might touch soil containing manure for fertilization, pick a tomato, then dump it in the water with the rest of the batch. This then becomes a sort of bath tub of bacteria (my words, not his).

According to Warning, when you place warm produce in cold water, a negative pressure differential is established because of the condensation of water vapor inside the produce. Next, a vacuum is formed that may suck in water through an opening.

What about the tomato’s protective skin? The skin does a good job keeping contaminants at bay when the tomato is still attached to the plant, but when it’s removed from the stem, the tomato is no longer completely sealed. 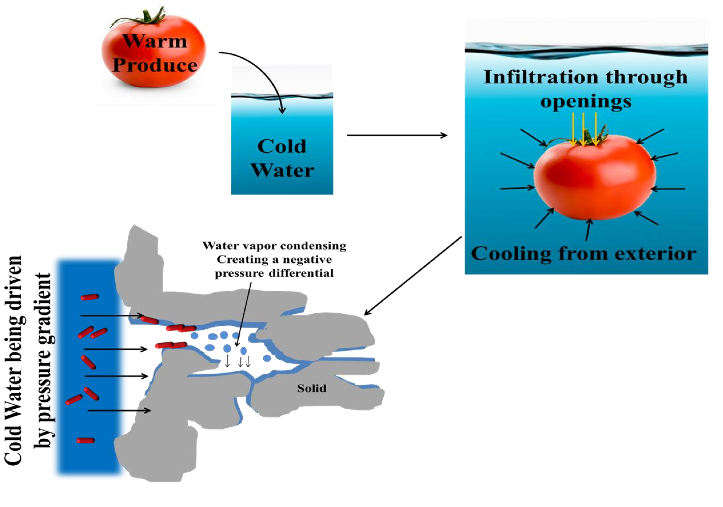 A tomato undergoing the hydrocooling process. Image created by A. Warning and A.K. Datta and taken from their poster.

Warning and Datta decided to create an engineering model to test how contaminated water might affect tomatoes during the hydrocooling process.

To begin, the researchers scanned a tomato wedge using magnetic resonance imaging (MRI). They used these images to create a geometry from symmetry for their porous media model. Then, they ran simulations to analyze the water infiltration in the tomato at different times and water temperatures. 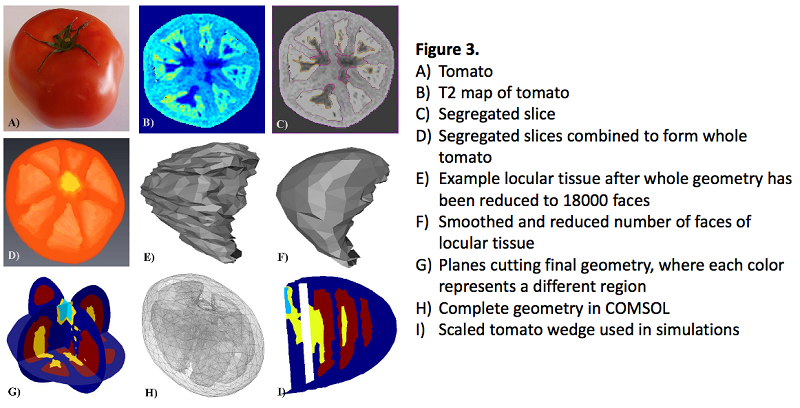 The researchers used MRI scans of the tomato wedge to create the geometry. Image created by A. Warning and A.K. Datta and taken from their poster.

The tomato starts out at 35°C and is placed in water that is 5°C. After 15 minutes, the tomato has cooled down significantly on the outside, but is still relatively warm at the center (called the core and placenta). After 30 minutes, the tomato is roughly 15°C in the placenta and around as cold as the water closer to the skin (the cuticle and vascular bundles).

Analogously, the longer the tomato is sitting in the water, the more water seeps in through the stem scar, and the higher the concentration of bacteria. (View all of the results in the presentation and poster.) 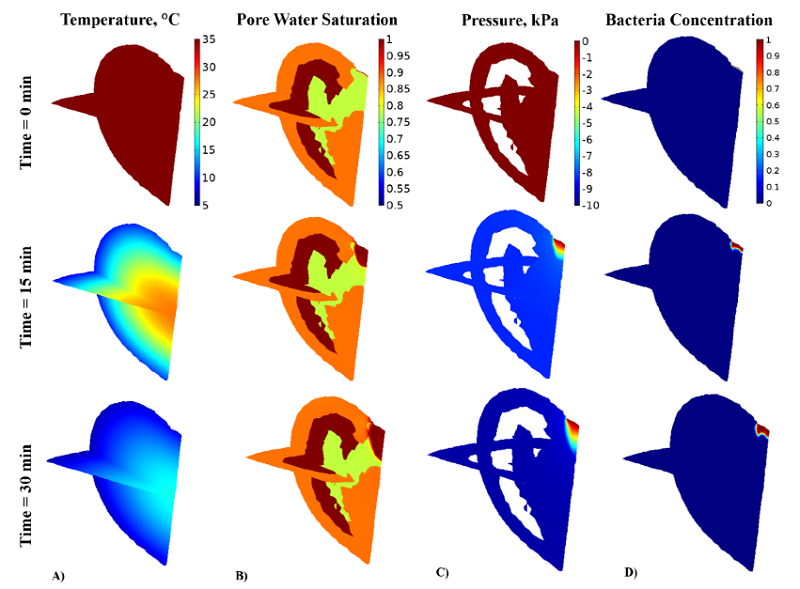 Surface plots of the tomato at three different times. A) Spatial variation in tomato wedge of temperature. B) Pore water saturation. C) Gauge pressure. D) Bacteria concentration. Image created by A. Warning and A.K. Datta and taken from their poster.

To combat the contamination issue, water used for hydrocooling should first of all be of drinking quality. If we can’t drink it, don’t bathe our produce in it. Another recommendation is typically to add some form of sanitizer to the water to keep microorganisms from spreading. One common sanitizer, which Warning mentioned during his live presentation at the conference, is chlorine.

When using chlorine, it’s important to control the pH and turbidity levels in the water. There are varying regulations for how much free chlorine can be used depending on whether the farm is organic or conventional. Intuitively, higher levels of chlorine can be used for produce grown conventionally than that grown according to organic standards. (Learn more about postharvest chlorination here.)

After talking to Warning at the poster session and hearing his presentation the following day, I couldn’t stop thinking about their research. While most people might cut the stem scars out anyway because of their indelicate texture, I used to not bother with it. I don’t know for sure exactly how the tomatoes I buy were precooled, but I’m no longer taking any chances… 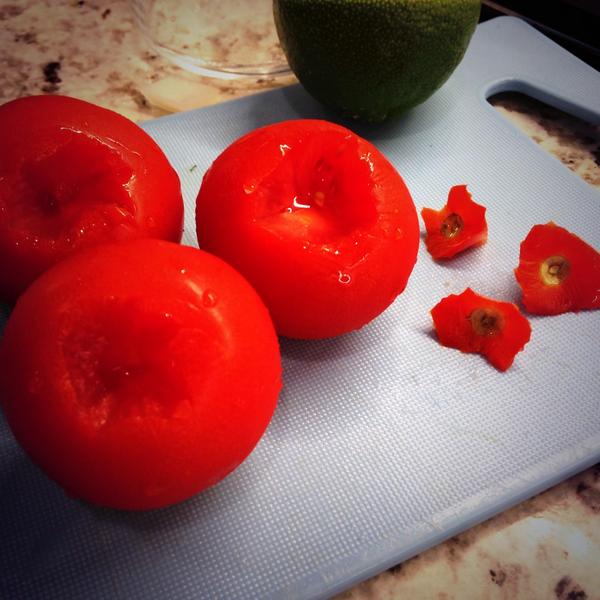