In 1801, the building around a glassmaker apprentice named Joseph von Fraunhofer collapsed, trapping him in rubble. While he didn’t know it at the time, this dramatic event (and resulting encounter with a prince-elector and politician) set him on the path toward improving the field of optics…

A Glimpse into the Early Life of Joseph von Fraunhofer

Joseph von Fraunhofer was born on March 6, 1787, in Straubing, Bavaria. Orphaned at a young age and apprenticed under a strict mirror maker, Fraunhofer’s early life was difficult. At work one day, the building around Fraunhofer collapsed, trapping him beneath rubble. Oddly enough, this incident was a positive turning point for the young glassmaker.

The building collapse and subsequent rescue of Fraunhofer caught the attention of Prince-Elector Maximilian Joseph and a politician named Joseph Utzschneider. The support of these men provided Fraunhofer with funding and enabled him to receive an education while continuing his practical training in optics. 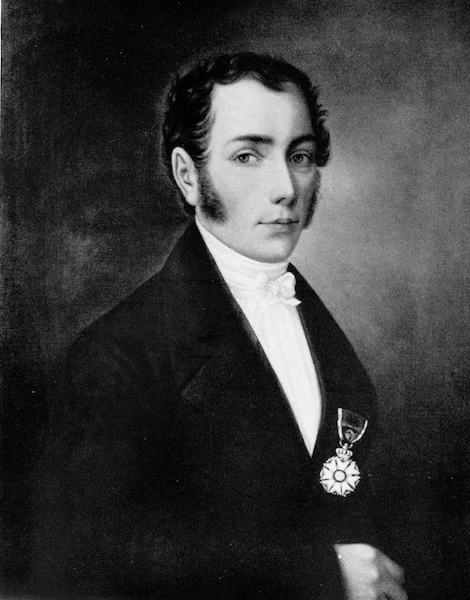 Joseph von Fraunhofer. Image in the public domain in the United States, via Wikimedia Commons.

Contributing to the Field of Optics

During his lifetime, Fraunhofer developed a few important optical devices. One such contribution is the spectroscope, which helped Fraunhofer study light with great precision. He is also known for furthering the development of diffraction gratings. 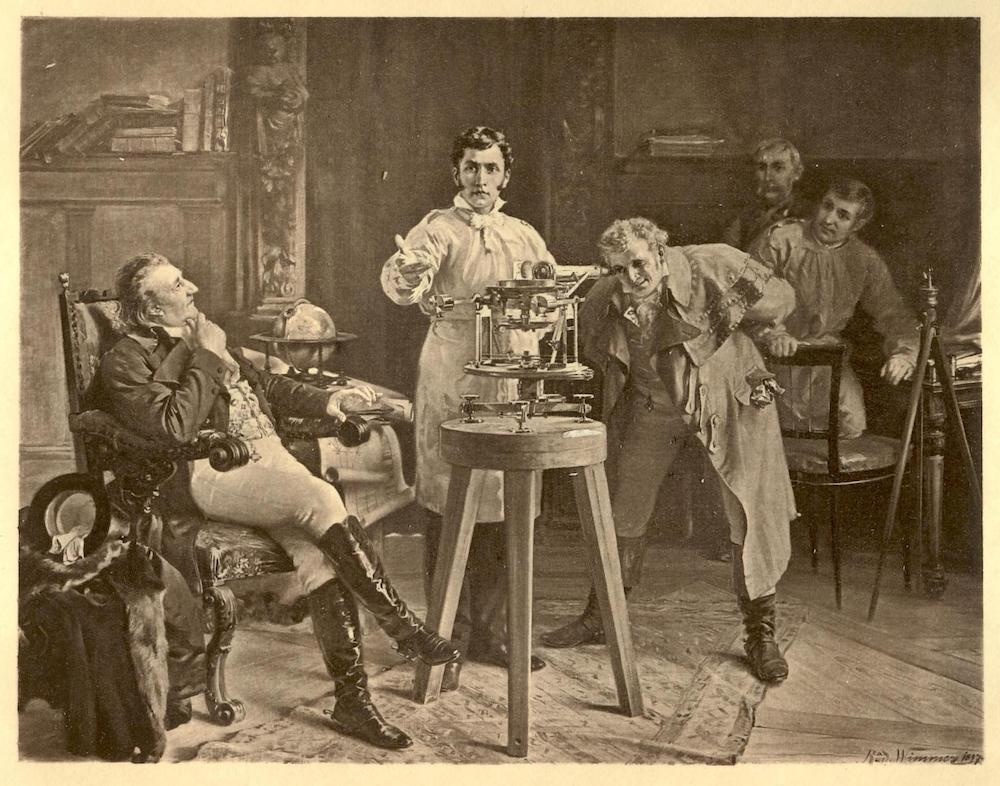 Fraunhofer displaying his spectroscope. Image in the public domain in the United States, via Wikimedia Commons.

One of Fraunhofer’s most significant achievements is rediscovering a set of spectral lines, which would later be called Fraunhofer lines. Fraunhofer’s research in this area led him to independently discover over 570 dark lines in the solar spectrum. While these lines had been observed before, Fraunhofer added to this knowledge by measuring and recording the lines.

Honoring the Accomplishments of Fraunhofer

Due to his influential work, Fraunhofer received various honors. For instance, he earned an honorary doctorate from the University of Erlangen. He was also appointed as a knight of the Bavarian Crown, which gave him the status of personal nobility.

Today, Fraunhofer’s work remains important. For example, his pioneering work on diffraction gratings and stellar spectroscopy has led to the development of modern spectrometers.