In early 2022, materials science researchers from the Massachusetts Institute of Technology (MIT) announced a novel polymerization technique that can produce extremely strong and lightweight 2D polymers, the creation of which was previously thought to be impossible. This new technique and the materials it can be used to produce have potential applications in advanced composites and barrier coating materials.

All polymers consist of building blocks that are chained together, called monomers. Polymers grow when new monomers are added to the end of the chain. As early as the 1930s, with the research of scientist Geoffrey Gee, chemists have studied whether polymers could be made to grow as a 2D sheet of monomers instead of a chain — enabling the creation of extremely strong, lightweight materials. 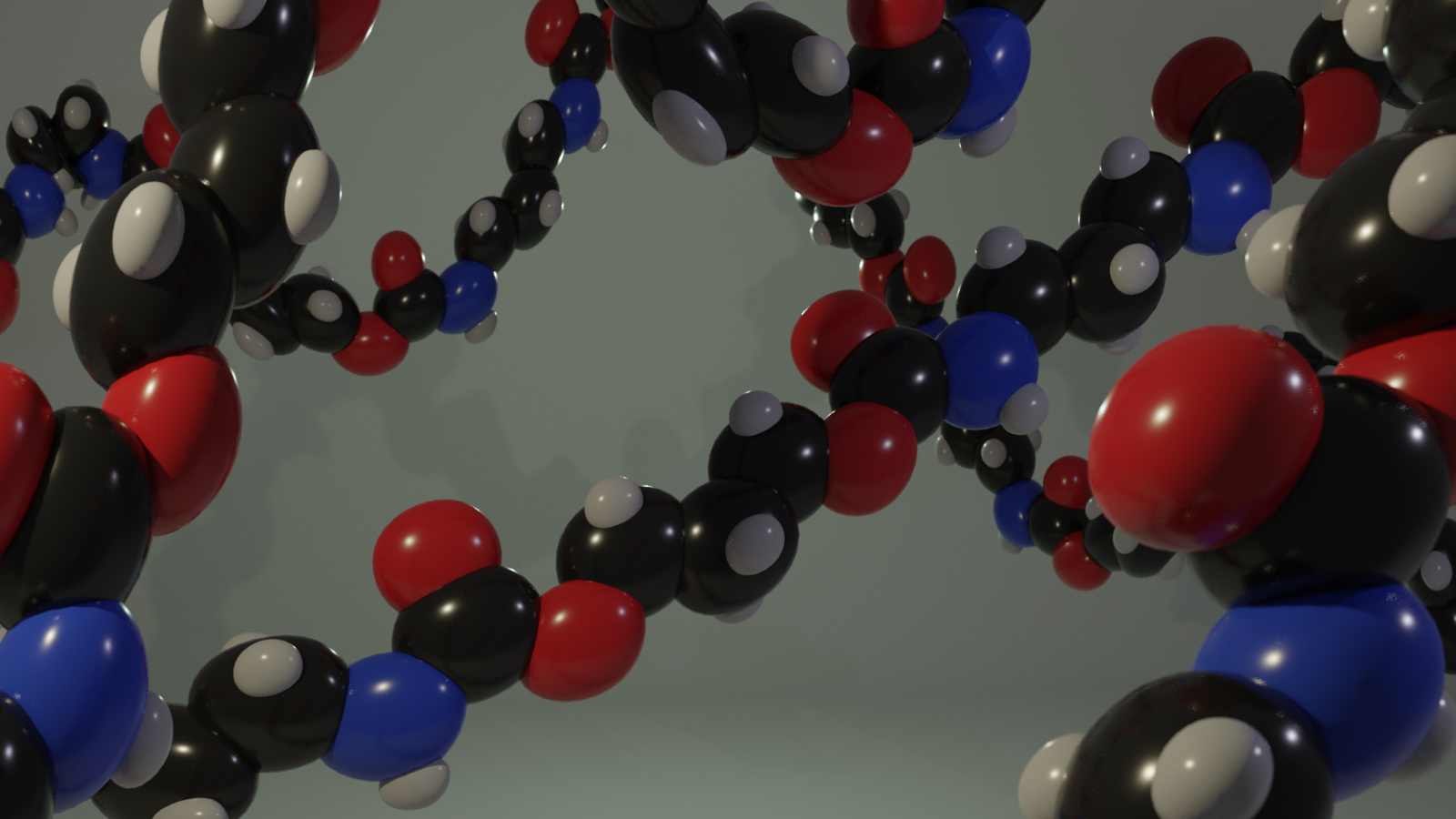 An illustrated schematic of a chain of polymer macromolecules. Image by SPT Paul Topham — Own work. Licensed under CC BY-SA 4.0, via Wikimedia Commons.

What’s so challenging about creating a 2D polymer? During synthesis, if even one bond between monomers rotates out of plane, it introduces a defect that causes the structure to quickly expand in 3D. There is no way to correct these defects once they occur.

Recent 2D synthesis methods have been developed that involve templating and synthetic compounds. They show promise but still have many drawbacks. For instance, the materials produced with these methods have limited chemical and mechanical stability, and they are difficult to process into engineering materials that would have any useful properties.

The new technique developed by researchers at MIT makes it possible to create a 2D sheet of monomers — instead of a 1D chain — called a polyaramide. The technique involves an amide concentration of c3-symmetric acid chloride and a material called melamine. 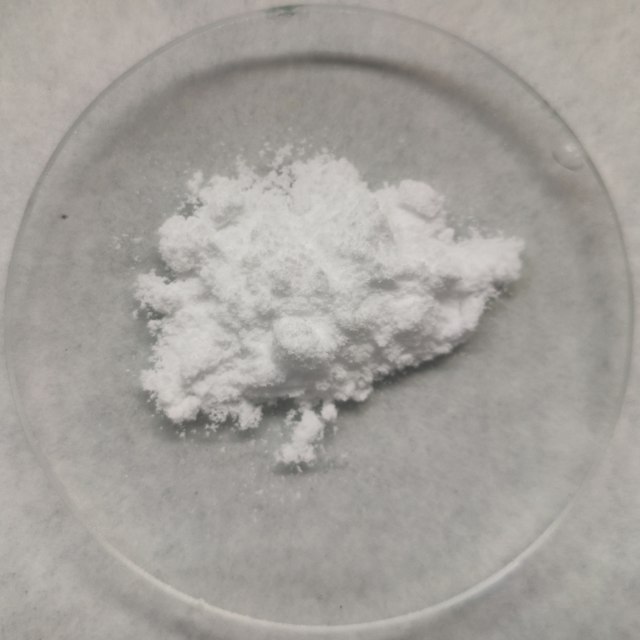 Melamine in powder form. Image by Aariuser I — Own work. Licensed under CC BY-SA 2.0, via Flickr Creative Commons.

Why this combination? The researchers had hypothesized that using a strong amide–aromatic conjugation would inhibit the out-of-plane rotation issue that causes defects. They were proven correct; this compound fosters the conditions needed for the monomers to grow in two dimensions and form disks. These disks stack on top of each other, and due to interlayer hydrogen bonding via van der Waals attraction, they are both stable and very strong. What’s more, these disks can absorb monomers from the solution and self-template them onto 2D surfaces. This technique, called autocatalytic self-templating, is what enables the growth of the 2D sheet without any defects.

What’s in a name? The new material produced by the novel polymerization technique has been named 2DPA-1, a portmanteau of 2D and polyaramide. The benefits of a 2D polymer are many.

2DPA-1 is easy to manufacture and exhibits extreme mechanical and chemical stability. One of the major challenges in existing 2D polymer materials is that it is not easy to process them into films and membranes. Thanks to the unique, homogeneous 2D structure of 2DPA-1, it can be easily processed to form uniform and continuous films and membranes of nanometer thickness. This high processability gives it the potential to be used in many compelling application areas.

The extreme stability and high processability also makes 2DPA-1 impressively strong. Due to its high yield strength, breaking it requires twice the force needed to break steel and four to six times the force needed to deform bulletproof glass. In a way, it’s similar to Kevlar, the material used to make bulletproof vests. The strength of these materials is made even more impressive when you consider that they are about as lightweight as plastic! 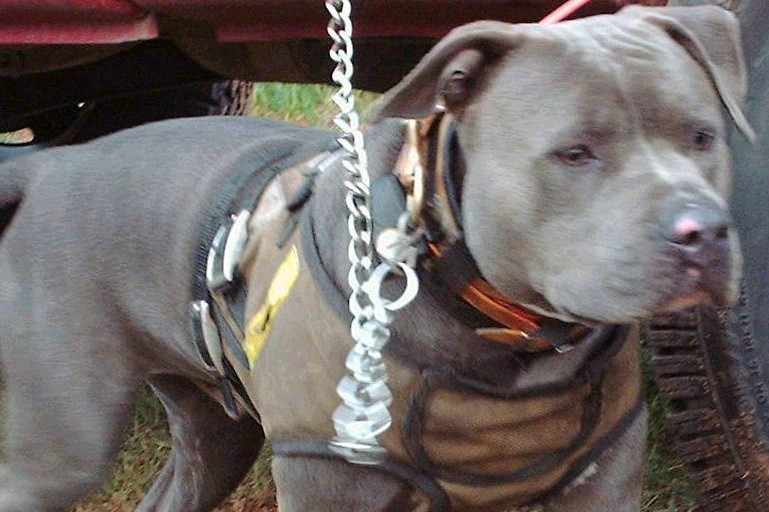 A dog wearing a Kevlar bulletproof vest, which exhibits a strength similar to 2DPA-1. Image by Tacosunday — Own work. Image in the public domain via Wikimedia Commons.

Another interesting aspect of this material is its impermeability. The new polymer is nearly impermeable to ambient gases, which is what makes it a good candidate for barriers and coatings. 2DPA-1 shows similar permeability to what has been reported for graphene in the literature.

A scanned image of a graphene monolayer, which exhibits a permeability similar to 2DPA-1. Image by M. H. Gass — OpenStax and licensed under CC BY 3.0, via Wikimedia Commons.

The development of this polymerization technique paves the way for new families of 2D polymeric materials that are both chemically and mechanically stable. These materials show potential use as lightweight composite materials and barrier coatings for aircraft. 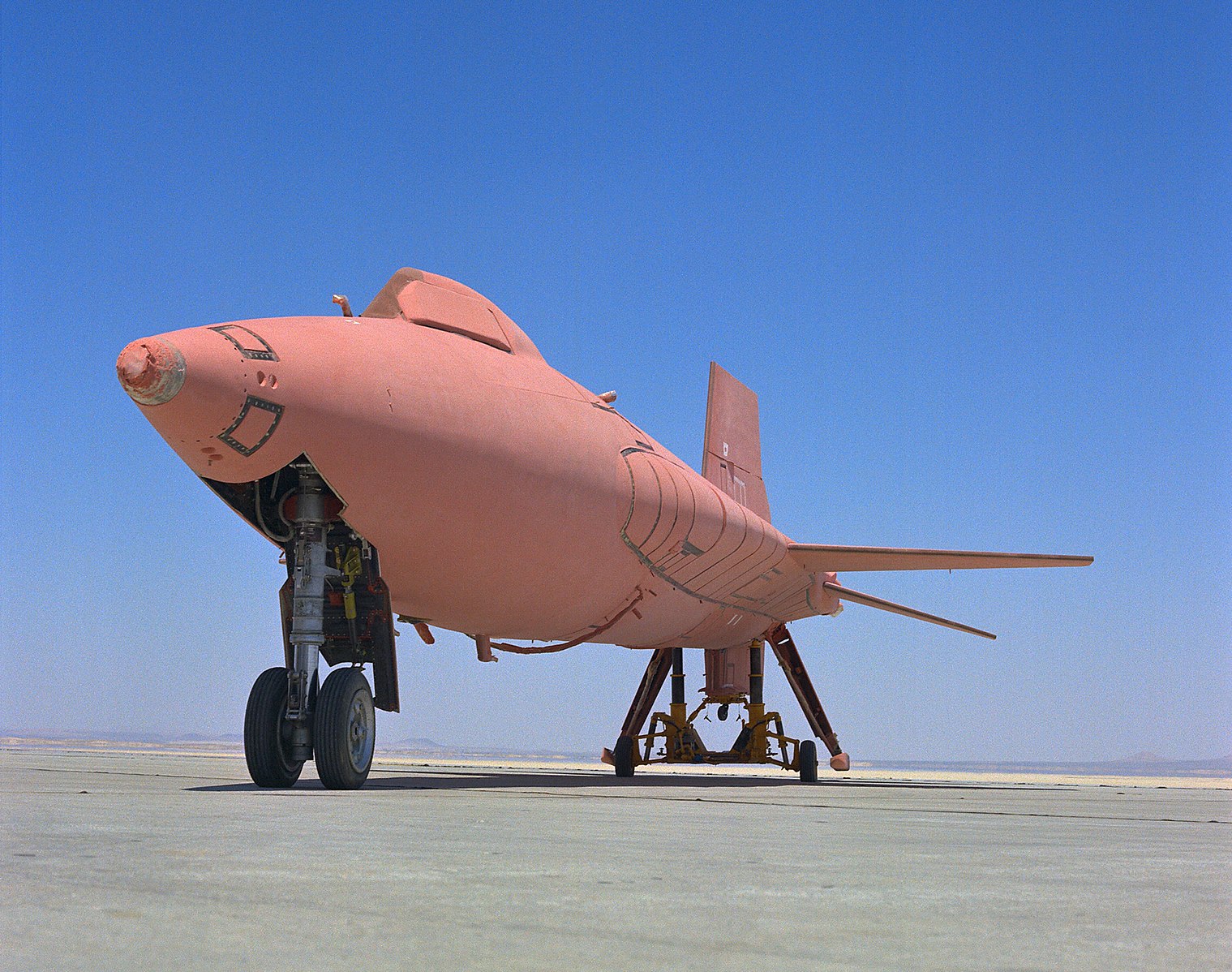 An aircraft with an ablative barrier coating, similar to what could be manufactured with 2D polymers. Image by NASA and in the public domain via Wikimedia Commons.

This research project demonstrates that the creation of new, more durable and therefore more sustainable materials — as well as the innovation of new techniques for making them — is possible.