Physicist and metallurgist Egon Orowan made an important discovery for the field of modern solid mechanics and contributed to academic research spanning across continents. He is regarded as a member of “The Martians”, a colloquial term describing scientists who emigrated to the United States from Hungary in the first half of the 1900s. Let’s learn more about Orowan’s life and work.

Egon Orowan was born on August 2, 1902, in Óbuda, Budapest. Although he didn’t consider science much as a young boy, that all changed at the age of 12 when Orowan broke his wrist playing goalkeeper in a football game. Since he had to heal his injury and could not play outside, Orowan’s father lent him his camera and developer chemicals to keep him entertained. By the time the broken wrist healed, Orowan was looking up chemicals in the encyclopedia and setting up his own small, at-home chemical laboratory — his interest in sports left on the field.

Quizzically, unlike many other well-known engineers and physicists, Orowan was not particularly interested in school. In an oral history interview with the American Institute of Physics, he said that the most useful thing about secondary education was the school holidays, which enabled Orowan to pursue his scientific interests at home and in solitude. 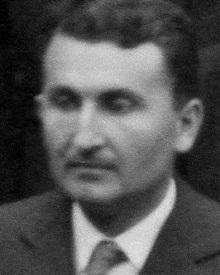 A photograph of Egon Orowan extracted from a group photograph at a Royal Society event in 1934. Image by GFHund and licensed under CC BY-SA 4.0, via Wikimedia Commons.

In 1920, Egon Orowan began his studies at the University of Vienna, where his father had studied to become a mechanical engineer. He chose a different path, learning chemistry and then astronomy. When he finished up in Vienna, Orowan set his sights on the Technical University of Berlin. However, to begin studying engineering in Berlin, students were required to first work a six-month apprenticeship. Orowan struggled to find a suitable post in Vienna or Germany, so he returned home to Hungary and worked for the local waterworks, where his father held his first job, too.

By 1928, Orowan had started at the Technical University of Berlin. At first, he studied mechanical and electrical engineering, but he again changed his mind and transferred to physics. Orowan earned his doctorate in 1932, focusing on the study of fractures in mica. 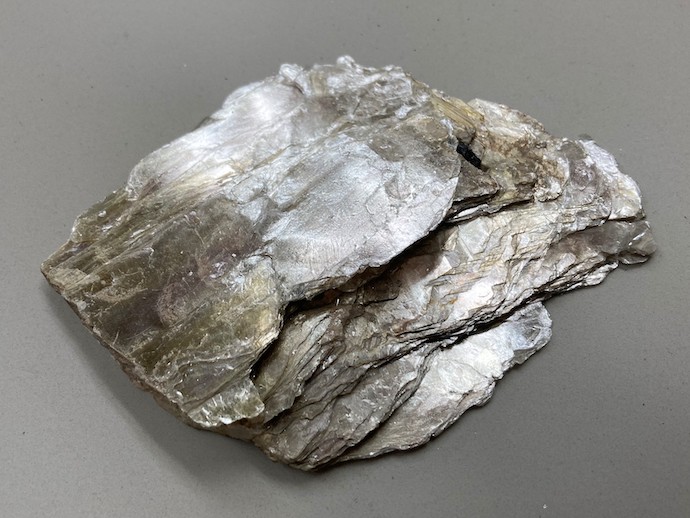 Mica. Image by B. Domangue and licensed under CC BY-SA 4.0, via Wikimedia Commons.

Studying the Behavior of Solid Mechanics

In 1934, Egon Orowan made a discovery that proved to be important for the field of modern solid mechanics research: He found that the theory of dislocations, discovered in 1905 by Italian physicist Vito Volterra, could be used to explain the plastic deformation of ductile materials. As sometimes happens in science, Orowan’s findings occurred at roughly the same time as the similar discovery of G.I. Taylor and Michael Polanyi. Today, Orowan, Taylor, and Polanyi are all recognized as responsible for the introduction of crystal dislocation into physics as the essential mediator of plastic deformation.

During the war, Orowan was tasked with solving issues related to munitions production, like plastic flow during rolling. He also studied how krypton can be extracted from air, which is important for manufacturing light bulbs. In 1937, he moved to the University of Birmingham, United Kingdom, where he collaborated with Rudolf Peierls on fatigue theory. Then, in 1939, he moved again. This time, he studied X-ray diffraction at the University of Cambridge.

One interesting project Orowan worked on took place in 1944, when he helped determine why so many Liberty ships had been lost during WWII. He was able to identify that the problem could be attributed to both poor-quality welds and the extremely cold waters of the North Atlantic ocean.

An “Out of this World” Legacy

Orowan moved to the United States in 1950, settling in at Massachusetts Institute of Technology. There, he continued his metallurgical work and studied geological and glacialogical fracture.

Egon Orowan has a storied and decorated past of research and travel, and his contributions to science did not go unrecognized. He was named a fellow of the Royal Society in 1947, member of the American Academy of Arts and Sciences in 1951, and member of the National Academy of Sciences in 1969, among many others. 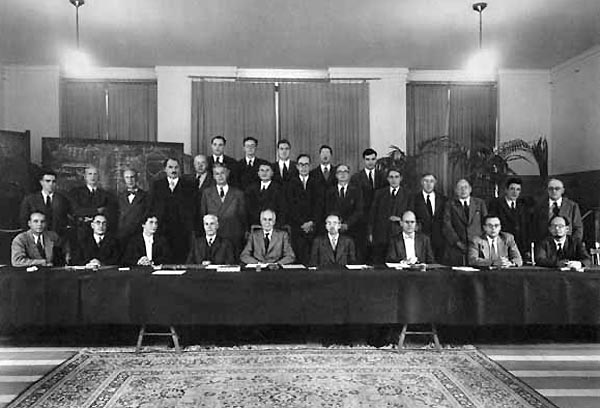 Participants of the 9th Solvay Conference on Physics in Brussels 1951. Egon Orowan is in the middle row, seventh from the left. Image by G. Coopmans and licensed under CC BY-SA 3.0 via Wikimedia Commons.

Orowan was also known as a member of “The Martians”, a term coined by physicist Leó Szilárd. When asked about whether there is intelligent life beyond Earth, Szilárd (Hungarian himself) quipped in good humor: “They are already here among us — they just call themselves Hungarians.”

Besides Szilárd, the main scientists included in the original “Martians” group include:

Orowan was later attributed to this group by another physicist, György Marx, in his book on the subject, The Voice of the Martians.

In honor of Egon Orowan’s impressive life and legacy, let’s wish him a happy birthday!