Professor Mark Reed and his team at Yale University are using COMSOL Multiphysics to develop a MEMS-based solution for detecting bacteria in blood. Called the α Screen, it will provide analyses speedily, accurately, and cost-effectively. Such a device would greatly help the food industry in improving meat quality and reducing the risk for infections. Current methods take too long for most food industries to use, as they need to deliver and sell food fresh, while newer alternatives are too expensive for routine use.

As a member of this leading nanotechnology group, Monika Weber used COMSOL Multiphysics to simulate aScreen and optimize its performance. This included modeling the microfluidics of the device and using particle tracing to track the potential routes taken by bacteria within the device.

With her model and presentation of the aScreen, Weber won the 2011 NASA Tech Briefs Create the Future Design Contest. 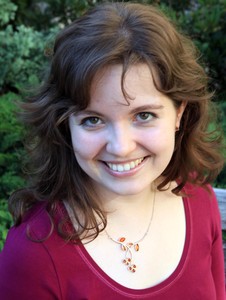 Monika Weber, winner of the 2011 NASA Tech Briefs Create the Future Design Content for her invention she modeled with COMSOL Multiphysics.