Have you heard of Fibonacci Day? This holiday celebrates Leonardo Bonacci, more commonly known as Fibonacci, one of the greatest mathematicians of the Middle Ages. Fibonacci is best known for authoring Liber Abaci (“The Book of Calculation”), which introduced the basis of modern arithmetic to the Western world. In celebration of this day, let’s take a look at five interesting facts about Fibonacci’s life and work.

1. He Was a Great Mathematical Expositor

Fibonacci’s exact place of birth is a mystery (similar to most of his childhood life), but he was likely born near Pisa, Italy, around 1170 (hence his moniker, Leonardo of Pisa). His father, Guglielmo, was a well-off Italian merchant, customs official, and director of a trading post in Bugia, now called Béjaïa, a Mediterranean port in northeastern Algeria. Unfortunately, little is known of Fibonacci’s mother, who passed away when he was nine. 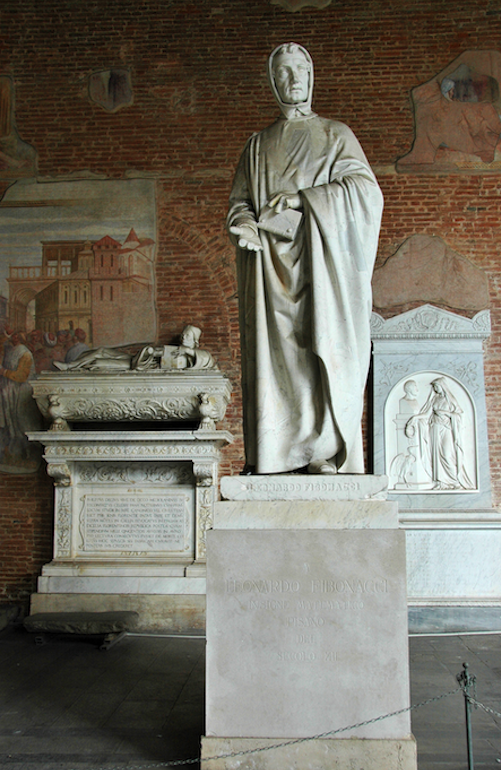 This marble statue of Leonardo da Pisa located in Pisa, Italy, was completed by Giovanni Paganucci in 1863. It is likely that this statue is an artist’s conception of Fibonacci, as there is little known of his physical appearance. Image by Hans-Peter Postel and licensed under CC BY 2.5, via Wikimedia Commons.

“The invention Leonardo had written about was a remarkable new way of writing numbers and calculating them. So remarkable and complete would be the transformation of human life brought about by this new system that generations that came long after him would eventually take it for granted, relegating numbers and arithmetic to a tedious but necessary routine chore that had to be learned by repetition (or, for later generations still, left to machines). It is the system for writing numbers and doing basic arithmetic that is taught in schools today the world over. By making that system available to western European businessmen, Leonardo’s Liber Abaci would play a major role in creating the modern world.”

His other published works include Practica Geometriae (“The Practice of Geometry”) and Liber Quadratorum (“The Book of Square”). Thanks to such works, it was apparent that Leonardo had a real talent for explaining mathematical concepts.

During his lifetime, Fibonacci grew to become a highly respected and well-known mathematician. In Italy, he was even regarded as an icon. However, after he passed away circa 1240, his name eventually disappeared from the pages of any writing on the history of mathematics.

That name, as you may have guessed, was Leonardo Pisano (aka Fibonacci). Cossali was curious to know more about the mystery math man. After researching the name, Cassoli realized just how important of a role Fibonacci played in the spread of modern arithmetic (Ref. 1). Thanks to Pacioli for citing his sources, Fibonacci’s years of anonymity had come to an end.

3. He Did Not Invent the Fibonacci Sequence

It’s true that the Fibonacci sequence is named after Fibonacci. However, he did not invent the sequence — It has actually been known to Indian mathematicians since the 6th century.

What he did do for the sequence was popularize it by sharing it in a math problem in Liber Abaci. Out of the many word problems featured in Liber Abaci, this problem, known as the Rabbit Problem, gained the most attention. The problem states:

“A certain man put a pair of rabbits in a place surrounded on all sides by a wall. How many pairs of rabbits can be produced from that pair in a year if it is supposed that every month each pair begets a new pair, which from the second month on becomes productive?”

The answer is 144, and to solve this problem, Fibonacci used what is now known as the Fibonacci numbers, or Fibonacci sequence. The Fibonacci sequence (0, 1, 1, 2, 3, 5, 8, 13, 21, and so on) is a never-ending series of numbers, where each number in the sequence is found by adding together the two numbers before it. It can be described by the mathematical equation: Fn+2 = Fn+1 + Fn.

It wasn’t until 1877 that the sequence was labeled the “Fibonacci sequence” by French mathematician Edouard Lucas.

Fibonacci Day is celebrated annually on November 23 because when written out in mm/dd format, the date (11/23) forms a Fibonacci number sequence: 1, 1, 2, 3. 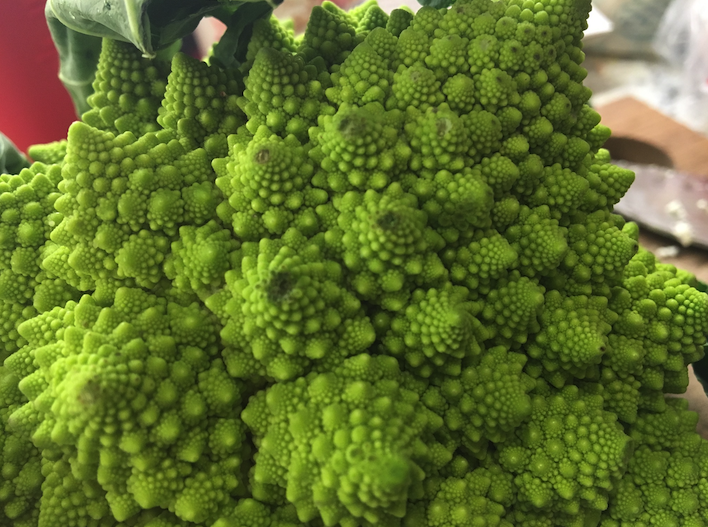 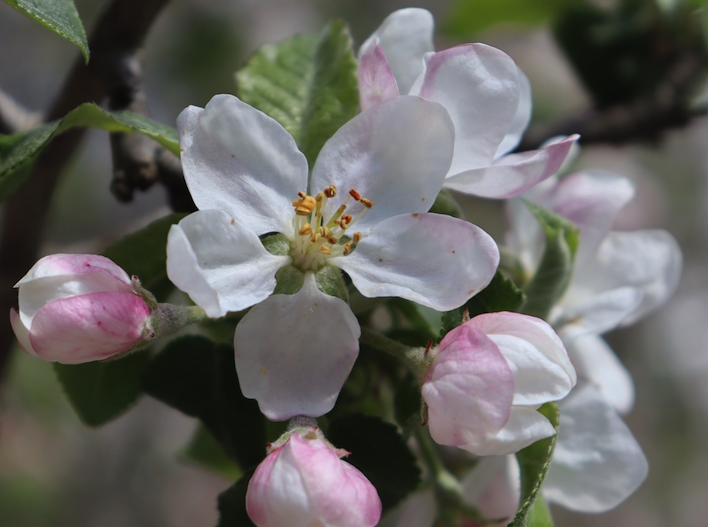 Left: Romanesco broccoli features the Fibonacci sequence in its spiral pattern. Right: Apple blossoms are one of the many flowers that have a Fibonacci number of petals (in this case, five).

The sequence’s close relationship to the golden ratio is often believed to be why the Fibonacci numbers are often found in nature, such as in the number of petals on a flower, pine cones, tree branches, and shells.

In 2002, Liber Abaci was translated into the English language. The translation was completed by Laurence Sigler, a mathematics professor at Bucknell University. When writing a college-level mathematics book, Sigler wanted to include the topic of the Fibonacci sequence. However, when he went to research the sequence, he noticed that a majority of Fibonacci’s work had never been translated to a modern language (Ref. 1). Sigler was determined to change this narrative.

5. There Is an Association Dedicated to the Fibonacci Numbers

Founded in 1963, the Fibonacci Association specializes in the study of Fibonacci sequences and a variety of other related subjects (such as recurrence relations, combinatorial identities, binomial coefficients, and prime numbers). Four times a year, the association publishes the Fibonacci Quarterly, a scientific journal that contains research articles, expository articles, elementary problems and solutions, and advanced problems and solutions. As its name suggests, the topics in the journal are typically related to the Fibonacci numbers.

Considered a great mathematical expositor of his time, I think Fibonacci would be proud to see the dissemination of the Fibonacci numbers through this society and its journal.

Want to learn more about numbers in nature? Check out these related blog post: