All posts by Mads Herring Jensen 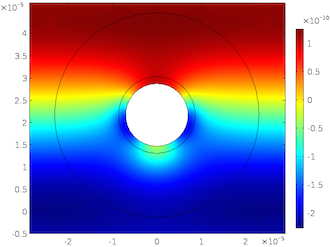 This past July, I had the pleasure of attending the 22nd International Congress on Sound and Vibration. In addition to running the COMSOL vendor booth with my Italian colleague Gabriele, I was also a presenter at the event. My presentation was based on a paper I wrote with Henrik Bruus and Jonas Karlsen that focuses on how to determine acoustic radiation forces including thermoviscous effects. Let’s explore acoustophoretic effects in greater detail and the research findings highlighted in my presentation. 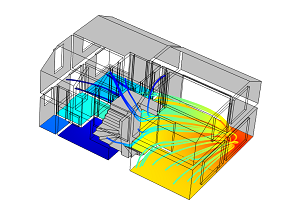 When inside a room — a conference room, concert hall, or even a car — everyone has an opinion of when the “acoustics” are good or bad. In room acoustics, we want to study this notion of sound quality in a quantitative way. In short, room acoustics is concerned with assessing the acoustics of enclosed spaces. The Acoustics Module of COMSOL Multiphysics has several tools to simulate the acoustics of rooms and other confined spaces. I will present those here.

When modeling acoustics phenomena, particularly of devices with small geometric dimensions, there are many complex factors to consider. The Thermoviscous Acoustics interface offers a simple and accurate way to set up and solve your acoustics model for factors such as acoustic pressure, velocity, and temperature variation. Here, we will demonstrate how to model your thermoviscous acoustics problems in COMSOL Multiphysics and provide some tips and resources for doing so. 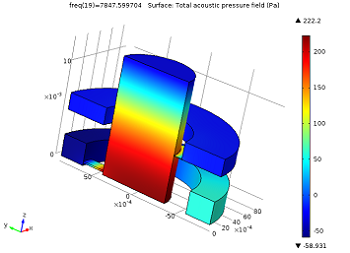 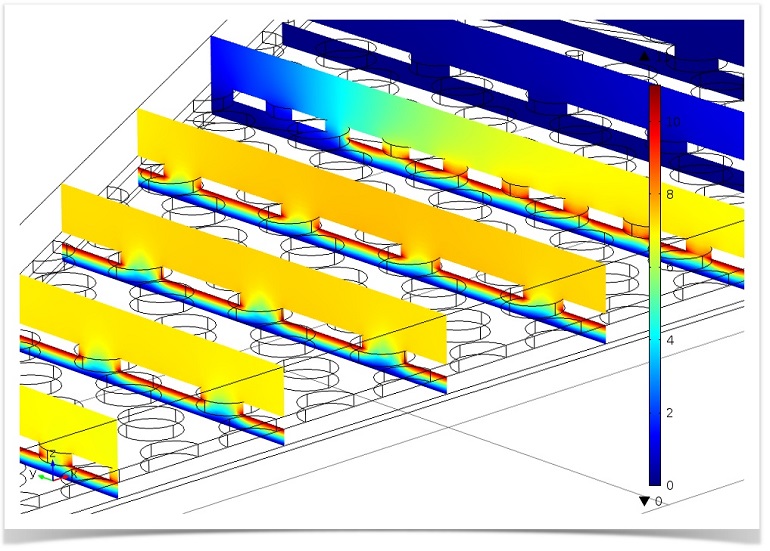 Last month, the Acoustical Society of America (ASA) and the Canadian Acoustical Association (CAA) held the 21st joint meeting of the International Congress on Acoustics (ICA) in Montreal, Canada. This joint congress is one of the major acoustics conferences of 2013, featuring a range of parallel sessions that covered most topics in acoustics. These included, among other things, psycho acoustics, underwater acoustics, transducer modeling, acoustics of musical instruments, nonlinear acoustics, and many more. This year’s acoustics conference also featured a […] 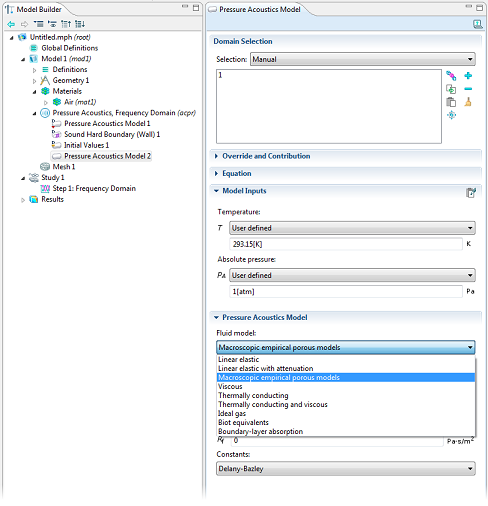 The use of acoustic waves to manipulate suspensions of particles, such as cells, has inspired the work of many researchers, paving the way for the field of ultrasound acoustofluidics. The manipulation is achieved in many ways, including using bulk acoustic waves (BAW) and surface acoustic waves (SAW), as well as acoustic radiation forces and acoustic streaming-induced drag. The latter two combine to produce the acoustophoretic motion of the suspended particles; i.e., movement by means of sound, and the methods provide […]