Under an initiative by the National Nuclear Security Administration (NNSA), nuclear research reactors currently using highly enriched uranium (HEU) fuel must be converted to low enriched uranium (LEU) fuel with a goal to help prevent the spread of material that can be used to create nuclear weapons. Nuclear engineers at Oak Ridge National Laboratory have turned to multiphysics simulation in order to precisely and accurately explore new designs for the safe conversion of the ORNL High Flux Isotope Reactor.

A Quick Description of Neutron Scattering

Almost all of the major scientific breakthroughs in modern society can be traced back to the development of a deeper understanding of materials on the atomic scale. From the advancement of computing and the Internet to developments in modern medicine, knowledge about materials and their physical properties has proven to be vital to the discovery of previously unthought-of inventions. But how do we gain this knowledge of something that takes place on the atomic scale? Neutron scattering is one of the methods that scientists use to investigate the positions and motions of atoms in condensed matter. By aiming a concentrated beam of neutrons at a sample, a lot can be learned about the structure and physical properties of the material. When the neutron beam hits the sample, some particles pass through the material, while others interact with the material and scatter away at an angle.

The deflection patterns and energies of the scattered neutrons can then be interpreted, revealing information about the material’s composition, properties, and behavior. Neutron scattering facilities, such as the High Flux Isotope Reactor or HFIR (pronounced High-FIR) at Oak Ridge National Laboratory (ORNL), are used by scientists and engineers for research into a variety of areas, including materials research, physical chemistry, earth science, and the medical field.

What’s the Difference Between HEU and LEU Fuel?

As far back as 1978, there have been conversion efforts in place to redesign research and test reactors currently using highly enriched uranium (HEU) to convert them to low enriched uranium (LEU) fuel. The first initiative to recognize the need for conversion was the Reduced Enrichment for Research and Test Reactors (RERTR) program, which began implementing programs for reducing the use of HEU worldwide.

In 2004, the U.S. Department of Energy began the Global Threat Reduction Initiative (GTRI). The GTRI’s mission is to reduce and protect the use of nuclear and radioactive material at civilian sites located worldwide by contributing to and helping to fund plans to convert reactors using HEU fuel. However, the approach to fuel conversion is different for each reactor depending on the type of research reactor, characteristics of the fuel used, and facility constraints, necessitating that ample research be put into the conversion of each reactor. 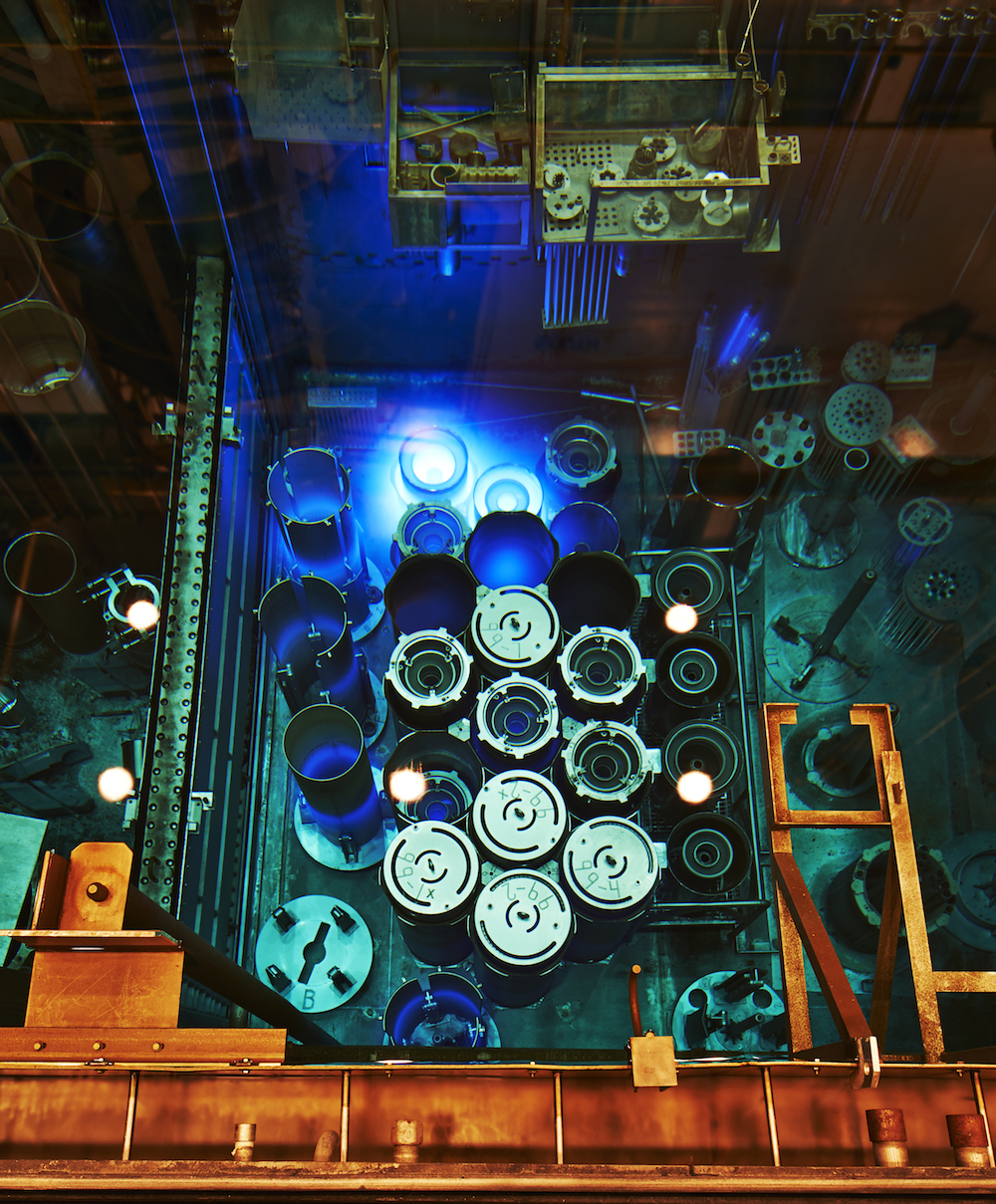 The HFIR Gamma Irradiation Facility at ORNL, an experimental facility designed to irradiate materials with gamma radiation from spent fuel elements for studies into the effects of radiation on materials. Image courtesy of Oak Ridge National Laboratory, U.S. Dept. of Energy.

So, what is the difference between HEU fuel and LEU fuel? Natural uranium is composed of about 99% 238U isotope and about 0.7% 235U isotope. In general, LEU fuel is defined as a type of enriched uranium that has a percent composition of uranium-235 of 20% or less. HEU fuel, on the other hand, is composed of 20% or more of uranium-235. So far, 20 U.S. reactors have been converted using LEU fuel composition that has already been tested and licensed. Work is currently being done to develop replacement fuels for the remaining five rectors that could not be converted using an existing LEU fuel.

HFIR is one such reactor that has yet to undergo conversion. This is because of the HFIR’s unique core design, high power density, and current fuel characteristics, which make conversion a challenging task. Additionally, since the HFIR provides one of the highest steady-state neutron fluxes of any research reactor in the world, the impact on reactor performance must be minimal in order to preserve the reactor’s current neutron scattering mission, as well as other missions, including isotrope production, irradiation facilities, and neutron activation analysis.

While research into fuel conversion of the HFIR is ongoing, the process is expected to take several years and HFIR is currently scheduled to be the last research reactor operating with HEU fuel in the United States. ORNL researchers are currently using multiphysics simulation to explore and verify new designs for the reactor running on LEU fuel.

Multiphysics Simulation for Fuel Conversion of the HFIR

In a recent article in COMSOL News 2014, I discussed some of the research currently taking place at ORNL for HFIR conversion. Dr. James D. Freels and his graduate student associate, Franklin G. Curtis, two research engineers at ORNL, are using the fluid-structure interaction (FSI) capabilities of COMSOL Multiphysics to explore new designs for the HFIR core. A schematic of the HFIR core, as well as a photo of the core, are shown below: 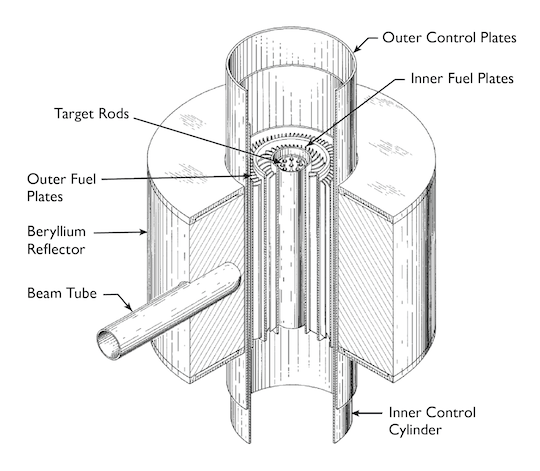 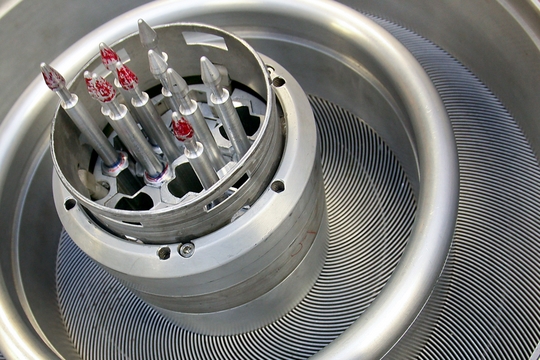 The fuel plates, depicted above, are one of the main components of the reactor core. They are used to control the distribution of velocity and temperature at which coolant enters and flows through the core. Curtis’ current project is to model the small fuel plate deflections and oscillations that could occur during reactor operation and determine how the deflections will change when the new LEU fuel is used.

One of the factors that make modeling the HFIR’s core so complex is the involute shape of the fuel plates, which deform differently than the fuel plates in many other reactors. Here you can see a fuel plate model showing the exaggerated flow-induced deflection of the involute-shaped plate: 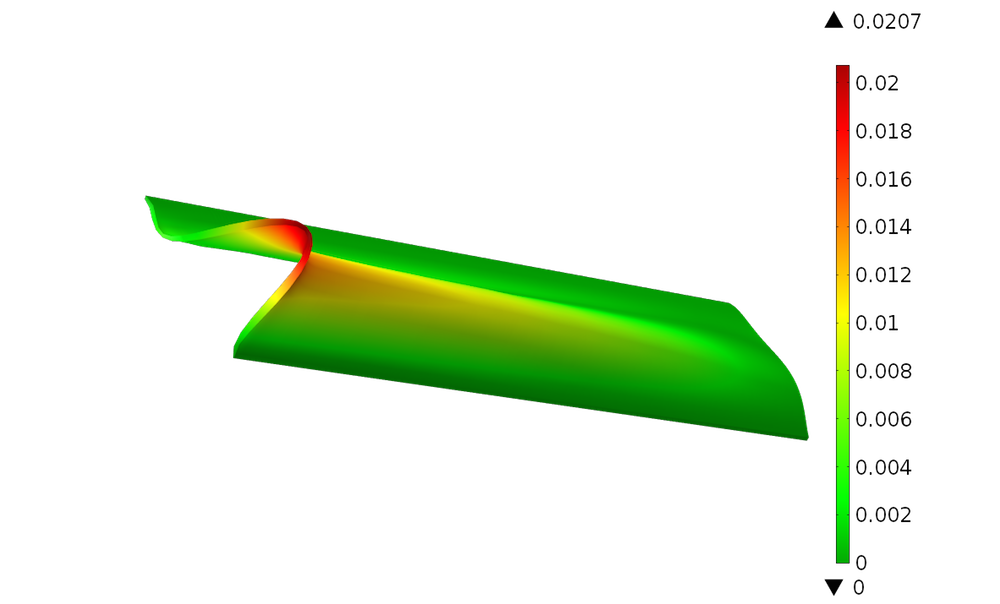 Curtis’ research included an analysis of a similar proposed reactor, the Advanced Neutron Source Reactor (ANSR), which was used to validate both the COMSOL Multiphysics code and the current safety basis calculations of the HEU fuel.

Get the Full Story

The rest of their story is very fascinating. You can learn more about Curtis’ work and the research currently being conducted at ORNL in the full-length article “Researching a New Fuel for the HFIR: Advancements at ORNL Require Multiphysics Simulation to Support Safety and Reliability” in the 2014 edition of COMSOL News.