Polymerase chain reaction tests have many applications within medical and biological research. In the past, these tests have been performed within a laboratory setting due to their high power requirements and the slow speed at which results are delivered. Researchers at the University of California, Berkeley have developed a new LED-based polymerase chain reaction system that, with its simplicity and speed, could be used in point-of-care testing.

Laboratory test results provide clinicians with important insight into the best treatment methods for their patients. However, there is often a period of waiting between the time of testing and when the results are made available — a time frame that can range from several hours to even days. With this waiting period comes delays in starting patients’ treatments, as the clinicians must obtain the test results before they can move forward in their assessments.

In recent years, there has been a healthcare industry shift from such conventional laboratory tests to rapid point-of-care testing. Point-of-care testing refers to simple medical tests that deliver fast results and can be conveniently performed in a variety of settings, from the home to a physician’s office. Along with increasing patients’ roles in managing their healthcare, these tests expedite clinicians’ decision-making processes, allowing them to suggest treatments more quickly. As noted in a 2010 report from the National Institutes of Health, accelerating this process can greatly enhance the delivery of healthcare as well as address issues relating to health disparities. 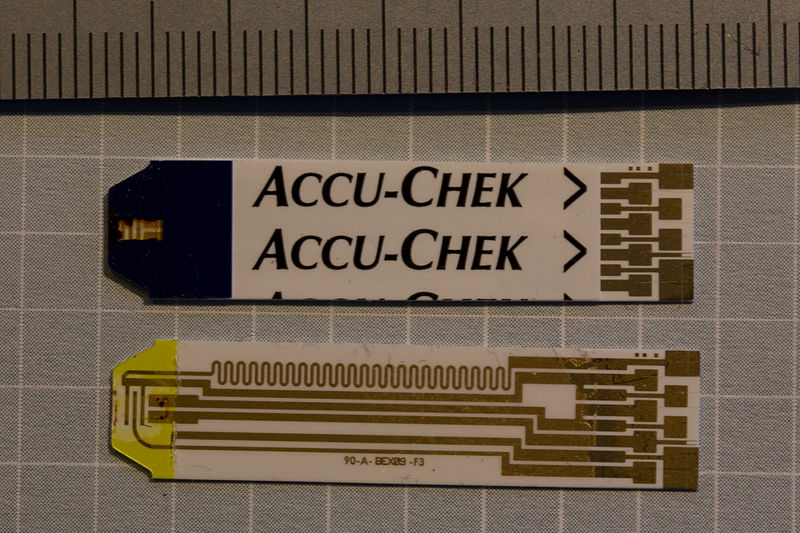 A simple method for testing blood glucose. Image by Karl101 — Own work, via Wikimedia Commons.

So what types of point-of-care tests are available today? Blood glucose testing, pregnancy testing, food pathogen screening, and cholesterol screening are some common examples. As technologies continue to grow, point-of-care testing is becoming a viable option for more and more laboratory-based clinical tests. Such is the case for polymerase chain reaction (PCR) tests.

Polymerase chain reaction is a technology that is designed to copy small segments of DNA with the goal of generating enough sequences to perform analyses. This method of DNA amplification relies on thermal cycling. As the particular DNA segment of interest is exposed to repeated cycles of heating and cooling, the molecule is amplified at an exponential rate.

The roots of PCR technology can be traced back to the work of H. Gobind Khorana and Kjell Kleppe in 1966. Through a process they deemed repair replication, a small synthetic DNA molecule was duplicated and then quadrupled via two primers (short nucleic acid sequences) and DNA polymerase (enzymes that create DNA molecules by assembling nucleotides).

Using this initial research as his foundation, Kary Mullis, an American biochemist, added repeated thermal cycling into the mix. Through this cycling process, DNA sequences could be rapidly copied, with the amplification becoming increasingly fast over time. Several years later, a thermostable DNA polymerase — Taq polymerase — was implemented within the process. This DNA polymerase automated the thermocycler-based process, removing the need for continuous handling throughout amplification. 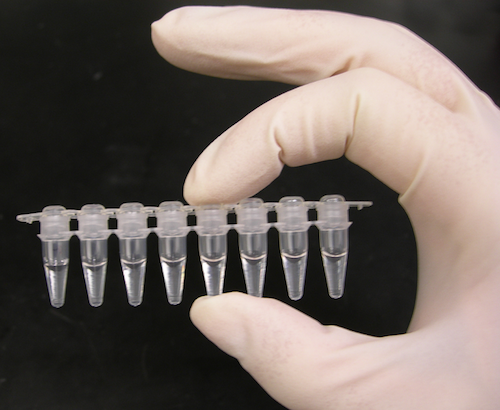 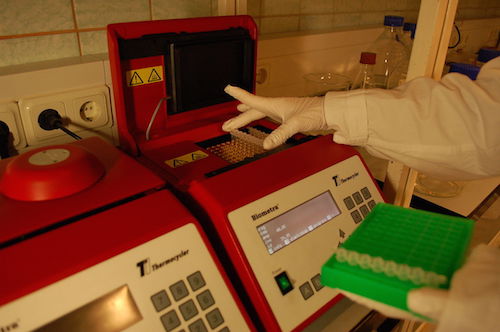 The polymerase chain reaction process can be broken down into a series of steps:

PCR tests have found use in a variety of medical and biological applications, including DNA cloning, the identification of genetic fingerprints, and the detection and diagnosis of infectious diseases. These tests typically take an hour or so to complete and utilize a conventional heater that is both expensive and requires a lot of power. As such, PCR tests have not been practical for point-of-care testing in the past. A recent design, however, could lead to new advancements.

LED-Based Design Extends the Use of PCR Tests

Looking to advance the speed of conventional PCR tests, a team of researchers at UC Berkeley turned to the power of LEDs. In their experiments, the researchers used thin films of gold deposited onto a plastic chip featuring microfluidic wells. These wells, which the LEDs were positioned underneath, were designed to hold the PCR mixture with the sample of DNA. As part of their research, the team performed electromagnetic simulations using COMSOL Multiphysics to help define their geometry and material parameters.

With the LEDs in place, the electrons at the interface of the gold films and a DNA solution were successfully heated. Such behavior can be explained by plasmonics, which describes the interaction between light and free electrons on the surface of a metal. When exposed to light, free electrons become excited and begin to oscillate, causing heat to be generated. When the lights turn off, the oscillations stop and heat is no longer produced.

The research team found that their plasmonic PCR system helped to speed up the thermal cycling process, generating test results within a matter of minutes. Comparing their design with conventional PCR tests, the researchers found that both methods compared well in their ability to amplify a sample of DNA. With its simple, low-cost design and ability to deliver fast results, this LED-based system could help bring PCR tests outside of the laboratory and into a variety of environments. 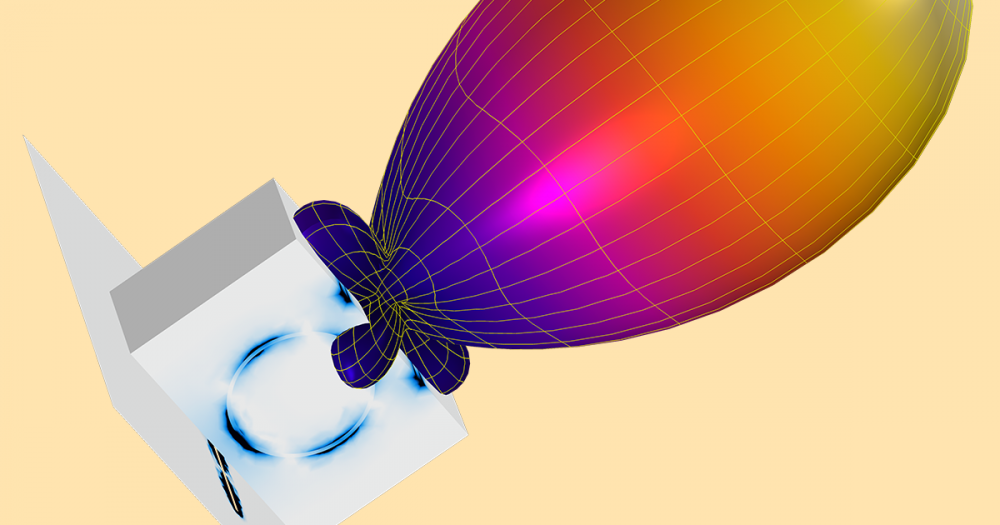 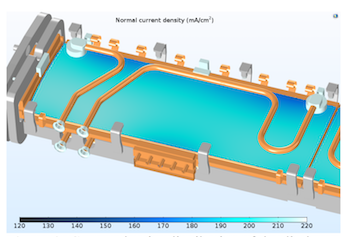