“Young people must break machines to learn how to use them; get another made!” – Henry Cavendish

A dedicated chemist and physicist, Henry Cavendish is remembered as one of the most brilliant experimental scientists of the 18th century. During his prolific career, he discovered the simplest element on the periodic table and measured the density of Earth.

A Life Spent Dedicated to Science

Henry Cavendish was born into an aristocratic family on October 10, 1731, in Nice, France. His mother, Lady Anne de Grey, was the daughter of the 1st Duke of Kent, while his father, Lord Charles Cavendish, was the son of the 2nd Duke of Devonshire. “He was the wealthiest of all scholars and probably also the most scholarly of all the wealthy,” said French physicist Jean-Baptiste Biot of Cavendish, as quoted by John Maxson Stillman. 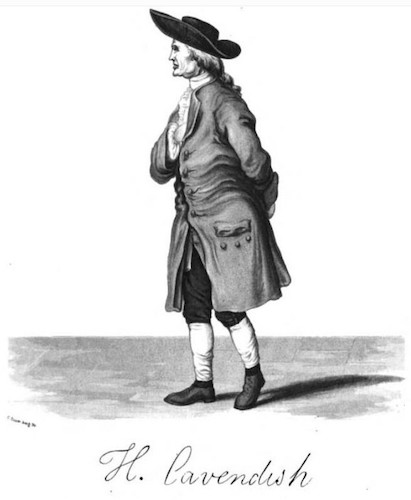 Although Cavendish is often remembered as one of the greatest experimentalists of his time, he was also known to be an extremely shy and quiet man — the only portrait of him was sketched in secrecy. Image in the public domain in the United States, via Wikimedia Commons.

Cavendish’s good fortune allowed him to live a life devoted to science. He performed hundreds of unique chemistry and physics experiments and took pleasure in building and rebuilding scientific instruments, perfecting their design in the process.

Discovering the Lightest Element in the Universe

In 1766, Henry Cavendish published Three Papers, Containing Experiments on Factious Air. “By factious air, I mean in general any kind of air which is contained in other bodies in an elastic state, and is produced from thence by art,” wrote Cavendish.

In the first part of this paper, he discusses the topic of “inflammable air”, more commonly known today as hydrogen (H). At the time, hydrogen was not a distinct element (in fact, the elements were not organized into the periodic table by Dmitri Mendeleev until 1869.) In his paper, Cavendish describes how he produced inflammable air by pouring acid onto metals. For his experiments, he analyzed acid’s effect on zinc, iron, and tin. He used several different apparatus to conduct his studies and called his discovery “inflammable air” because it burned easily. 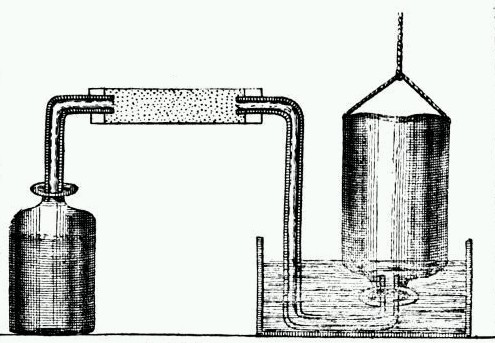 Illustration of Cavendish’s apparatus for making hydrogen gas. This work is in the public domain in its country of origin and other countries and areas where the copyright term is the author’s life plus 100 years or fewer. Image via Wikimedia Commons.

Prior to Cavendish’s experiments, British scientist Robert Boyle and many others had also been able to create inflammable air, but Cavendish was the first to differentiate this air from ordinary air and study its individual properties. For this paper, he was awarded the prestigious Royal Society’s Copley Medal.

Cavendish, being the brilliant experimentalist he was, continued his research on hydrogen long after his first paper was released. In 1784, he published another study describing how, upon combustion, hydrogen and oxygen form pure water. 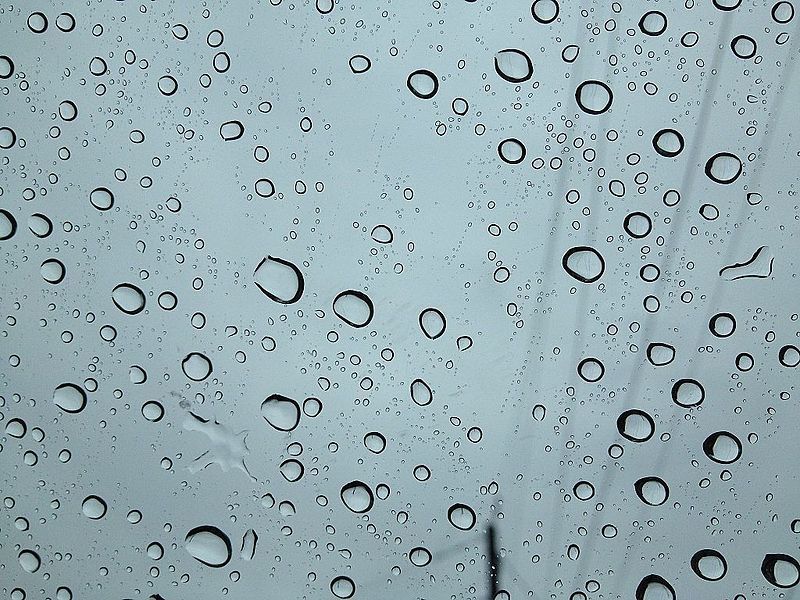 Water droplets, similar to the ones witnessed by Cavendish during his experiments with hydrogen and oxygen. Image by Justin417 — Own work. Licensed under CC BY-SA 4.0, via Wikimedia Commons.

“[Cavendish] managed to measure that water is made of two parts of hydrogen to one part of oxygen (H2O), even though he didn’t believe that water was made of anything at all. So, that ability to get your theoretical picture, your ideas about the way that nature works, completely wrong and yet make honest and precise measurements that stand the test of time and are correct is the mark of a great experimental scientist.”

During the later stages of Henry Cavendish’s career, he studied Earth’s density. In 1798, he shared his findings in the last paper he ever published: Experiments to Determine the Density of the Earth. Within this paper, he discussed an experiment in which he used a simple torsion balance apparatus, designed by Reverend John Michell, to measure the force of gravitational attraction between lead spheres.

In this paper, the torsion balance apparatus is described in detail. Cavendish said:

“It consists of a wooden arm, 6 feet long, made so as to unite great strength with little weight. This is suspended in an horizontal position, by a slender wire 40 inches long, and to each extremity is hung a leaden ball, about 2 inches in diameter; and the whole is inclosed in a narrow wooden case, to defend it from the wind.”

Left: Diagram of the torsion balance apparatus used by Cavendish to measure the gravitational force between the spheres. This work is in the public domain in its country of origin and other countries and areas where the copyright term is the author’s life plus 100 years or fewer. Image via Wikimedia Commons. Right: Illustration of the torsion balance used by Cavendish during his experiments. This work has been released into the public domain by its author, I, Chris Burks (Chevtvorno). This applies worldwide. Image via Wikimedia Commons. 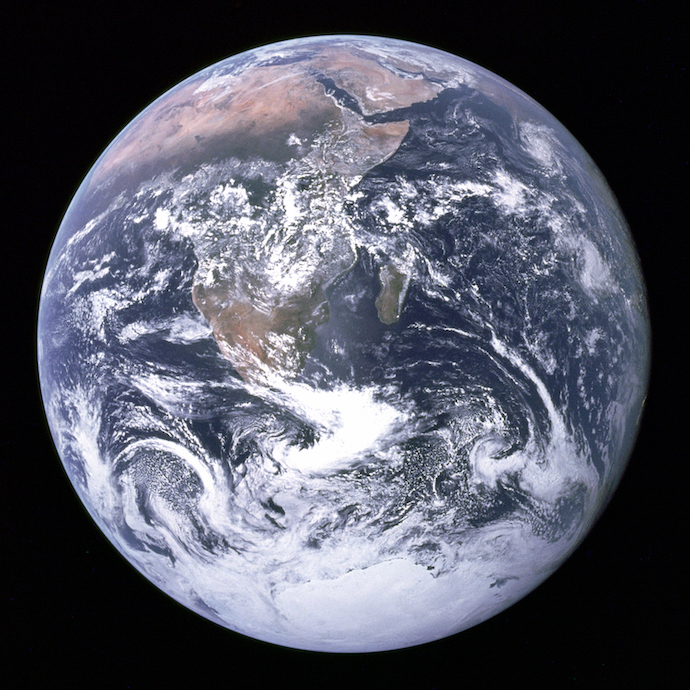 Famous photograph of the earth taken by the crew of Apollo 17. This file is in the public domain in the United States because it was solely created by NASA. NASA copyright policy states that “NASA material is not protected by copyright unless noted”. (See Template:PD-USGov, NASA copyright policy page, or JPL Image Use Policy.) Image via Wikimedia Commons.

This experiment is now known as the Cavendish experiment, and it is often used to calculate the gravitational constant, or G.

Thanks to the experimental work of Henry Cavendish, we know a lot more about hydrogen, one of the most important elements of the periodic table; the makeup of water; and the mass of the earth. Today, let’s wish Henry Cavendish a (H)appy birthday!