The advancement of technology continues to make the impossible possible. Think about home security systems, for instance. Today, such devices allow us to check in on our homes from thousands of miles away using portable electronics, like cellphones and laptops. If a home disturbance occurs, a notification promptly pops up in our text messages. Prior to the modernization of the home security system, it first had to be invented…

Who Invented the Home Security System?

Marie Van Brittan Brown was born on October 30, 1922. In the 1960s, Brown was living with her two children and husband, Albert L. Brown, an electronics technician, in Queens, New York. She was a nurse who worked long, odd hours, which caused her to frequently return home late at night. Brown wanted to feel safer in her home and wished to install a system that would allow her to see the outside of her door from anywhere in the house. The problem? A system of this kind had yet to exist. With a solution in mind, Brown started to think of how she could bring her idea to life.

Brown worked with her husband during the duration of this project, and together they filed a patent for the first home security system in 1966. The patent read: “The system includes a video scanning device at the entrance door of the house to scan a visitor outside the door, and includes audio intercommunication equipment inside and outside the door for conversing with the [visitor] outside the door.” The apparatus also included an alarm that could be used to alert authorities immediately and a radio-controlled lock, which could be used to unlock the door of the home. All of the system’s functions were designed to be under the control of the homeowner. 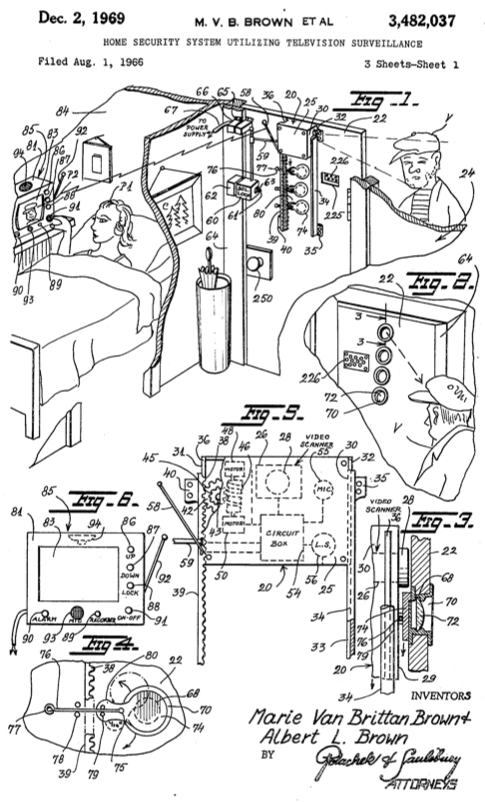 When designing this closed-circuit security system, the pair found inspiration in existing closed-circuit television technology primarily used in military surveillance. Their patent was granted within three years of filing, on December 2, 1969. Thanks to the invention of this system, Brown earned an honorary award from the National Science Committee.

Today, the home security market is a multibillion dollar industry that continues to grow every year. By 2025, this market is predicted to surpass 78.9 billion dollars, according to a MarketsandMarkets press release. However, the Browns didn’t patent the design with financial gain in mind; in fact, reports show that they did not pursue commercial opportunities for their groundbreaking work. 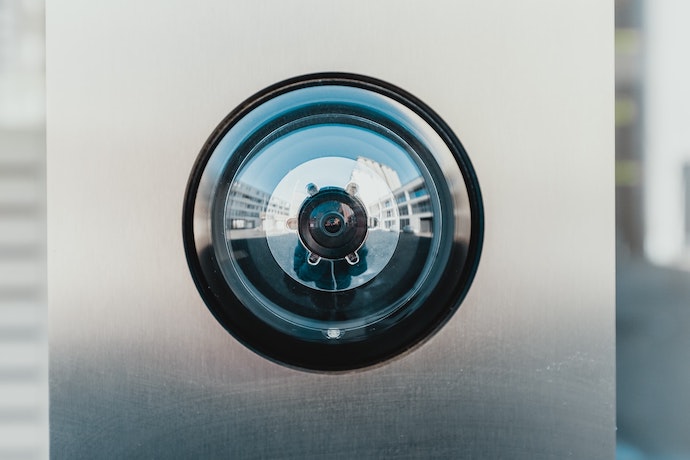 Image of a modern security camera. Photo by Bernard Hermant via Unsplash.

Throughout the years, Brown’s apparatus has inspired many other inventors, including an inventor who patented the design of a surveillance assembly in 2013.

By creating a system that made her feel safer in her own home, Brown simultaneously established a foundation for the future of all home security technology.