As a young student, Max Planck was told that there was nothing left to discover in the field of physics. However, he used his capabilities to make key discoveries that not only advanced the study of physics but also helped us to better understand the world around us.

Finding More to Discover in Physics

Max Karl Ernst Ludwig Planck was born on April 23, 1858. Growing up, he was particularly gifted in both music and physics. In school, a teacher told the young Planck that everything in physics had already been discovered. Undeterred, he pursued a degree in physics from the University of Munich and studied for a year under Hermann von Helmholtz and Gustav Kirchoff at the University of Berlin.

A portrait of Max Planck as a young man. Image in the public domain, via Wikimedia Commons.

In 1879, Planck earned a doctoral degree, with his dissertation focused on the second law of thermodynamics. He worked as an unpaid professor at the University of Kiel and continued his research in heat theory, thermodynamical formalism, and entropy. In 1889, Planck took over Kirchhoff’s teaching position at Humboldt University of Berlin, and later published Treatise on Thermodynamics.

In the late 1890s, Max Planck focused on researching blackbody radiation. Kirchhoff had earlier posed the question: “How does the intensity of the electromagnetic radiation emitted by a blackbody depend on the frequency of the radiation and the temperature of the body?” Planck’s solution, now known as the Planck postulate, demonstrates that the electromagnetic energy could be emitted only in a quantized form, meaning the energy could only be a multiple of an elementary unit. The equation represents the relationship between the energy of a proton and its frequency. 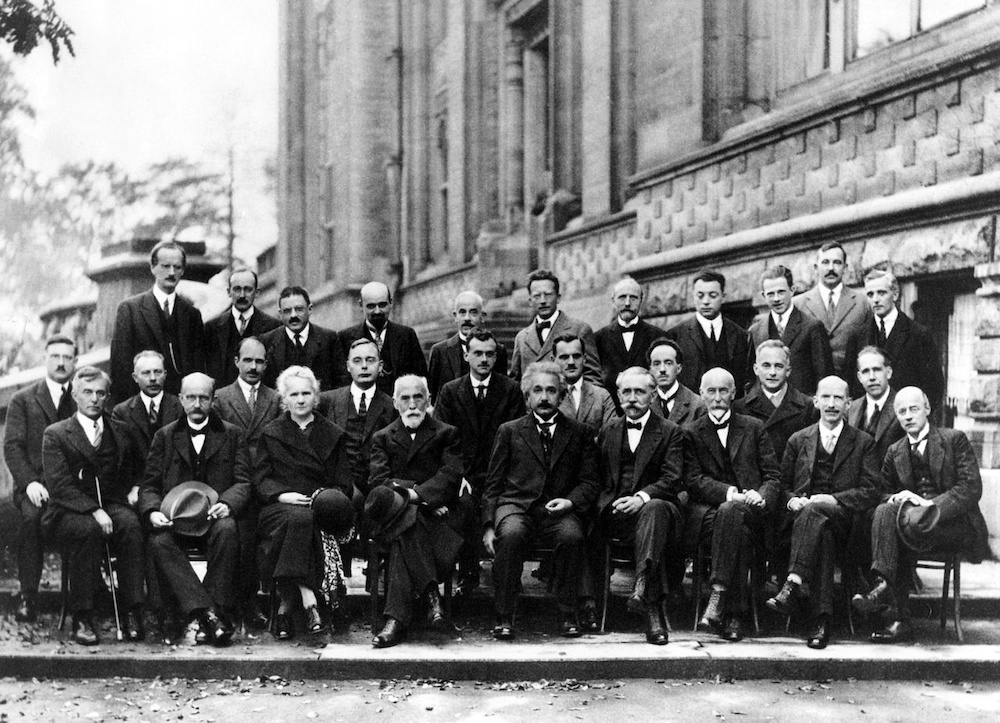 A gathering at the 1927 Solvay Conference. Max Planck is in the front row, second from the left and seated next to Marie Curie. Also pictured is Albert Einstein, founding director of the Max Planck Institute for Physics. Image in the public domain, via Wikimedia Commons.

Remembering the Legacy of Max Planck

Max Planck’s work on quantum theory was published in the Annals of Physics, one of the oldest scientific journals. He also published multiple books, including The Theory of Heat Radiation. In the 1920s, Planck was elected into the Royal Society and awarded the Copley Medal. 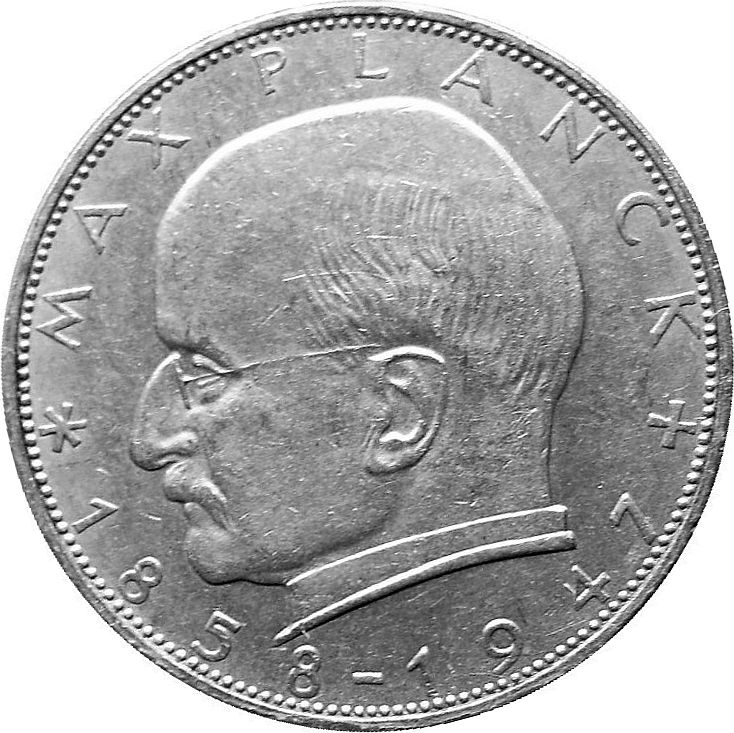 A German coin with Max Planck’s face. Image in the public domain, via Wikimedia Commons.

Today, the Max Planck Society provides an environment for scientists to conduct research, and the Max Planck Institute for Physics in Munich, Germany, pays homage to the physicist with its objective to “extend the boundaries of physical knowledge ever further.”