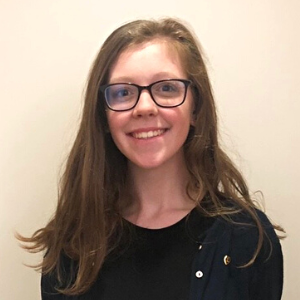 Seeing computers and electronic devices in hospitals and medical labs now seems like a given, but it wasn’t always the norm. Robert Ledley was a scientist who helped to shape the use of technology — and physics — in the medical field. Today, let’s celebrate the life of the man who played a major role in introducing computer science into medicine and physics into dentistry.

Editor’s note: This blog post was originally published on June 30, 2022. It has since been updated to match the day Robert Ledley was born.

On June 28, 1926, Robert Ledley was born in Flushing Meadows, New York. He remained in New York for his early life and for college, matriculating at Columbia University in 1942. There, his passion for physics was ignited. He took undergraduate physics courses for one year before moving on to graduate classes that included lectures held by multiple Nobel Prize winners. Despite this ambitious and accelerated pursuit of physics, Ledley’s father encouraged him to practice dentistry instead, as he felt that jobs in physics were limited. Soon after, Ledley enrolled in the dental program at New York University (NYU) while still attending Columbia to pursue his physics degree. Ledley graduated from NYU in 1948 with a dental surgery degree and then from Columbia a year later with a master’s in theoretical physics. 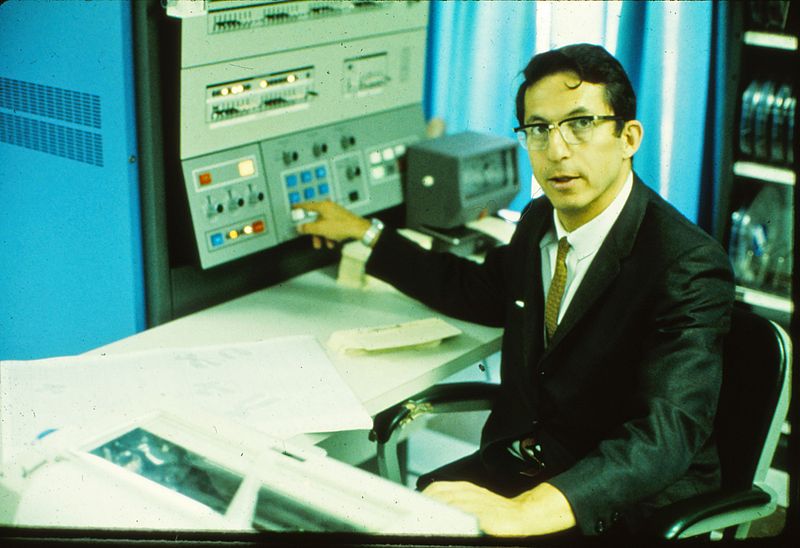 Understanding the Physics of Dental Prosthetics

The Korean War began two years after Ledley received his dental degree. Given the choice by an army colonel to either volunteer for service and become a lieutenant or be drafted as a private, Ledley decided to volunteer. While he was originally sent to train in medical field service, his physics background soon after brought him to Washington, D.C., where his focus was dental research.

It was during his time in the Army Dental Corps that he began to experiment with prosthetic dental devices. He went on to publish articles that described a new method for analyzing the physical forces of natural and artificial teeth as well as dentures. To create a system of fitting dentures based on the mathematics of chewing, he looked at the:

This work showcased how his knowledge of physics allowed him to approach medical research in a new way.

Influencing the Medical Field Through Teaching

In 1956, Ledley began working as an assistant professor at George Washington University School of Engineering and Applied Science, where he led a course on computer programming. A few years later, in 1960, Ledley established the National Biomedical Research Foundation (NBRF), a nonprofit organization that promoted the integration of computers into biomedical research. The NBRF published journals on the benefits of biomedical computation and, in later years, generated revenue through the sale of relevant electronic devices, software, and patents. When the NBRF joined Georgetown University Medical Center in 1970, Ledley and his wife, Terry Wachtell, moved to Washington, D.C., so that Ledley could work at the university as a professor of physiology, biophysics, and radiology. From then, it would only be a few years until his work at the university would lead to the invention he is best known for today.

During his time at Georgetown University, Ledley and his team from the NBRF received funding from the National Institutes of Health (NIH), which they relied on as their projects progressed. However, their work came to a halt after federal cuts were made to medical research funds. Luckily, Ledley was able to find another solution for paying his employees: After hearing that the university was looking to buy a head scanner, Ledley told them that he and his team would build a similar machine for half of the initial buying price. The project was commissioned by Dr. Alfred Luessenhop, the chief of neurosurgery for the university’s medical center. Ledley and his team didn’t just build the machine at a lower price, they built it better. Rather than developing another head scanner, they designed the first full-body CT scanner. 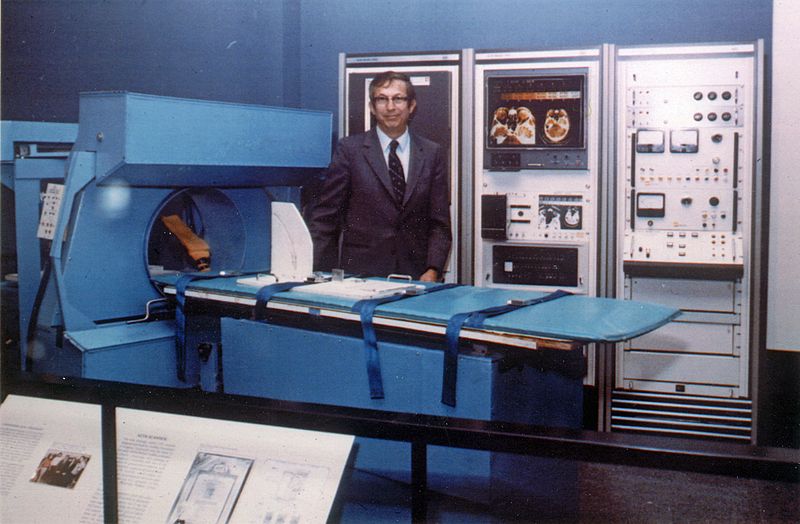 Ledley with the first full-body CT scanner model, then known as the 0100 ACTA Scanner. Image by Fred Ledley. Licensed under CC BY-SA 3.0, via Wikimedia Commons.

To create this novel device, Ledley worked with electrical engineer Tom Golab; James Wilson, one of Ledley’s former students; and Frank Rabbitt, who built the prototype. The first model of the machine was completed in 1973. It was originally called the 0100 ACTA Scanner, where ACTA meant “automatic computerized transverse axial”. It produced detailed images of the body, such as bones, organs, internal injuries, etc., and did it faster than the original head scanner design could. It quickly went on to save countless lives, which only increased the demand for full-body scanners. In 1975, Ledley created his own company to manufacture scanners, the Digital Information Science Corporation (DISCO), before selling the ACTA rights to Pfizer in 1975.

The first ACTA model can still be found today in the National Museum of American History, located in Washington, D.C.

Following the success of his ACTA scanner, Ledley continued to have many accomplishments throughout his long career. For instance, in 1979 Ledley partnered with Golab again to develop the computerized electroneutral-ophthalmograph (CENOG). This system provided neurologists with an easier way to examine ocular motility in their patients. 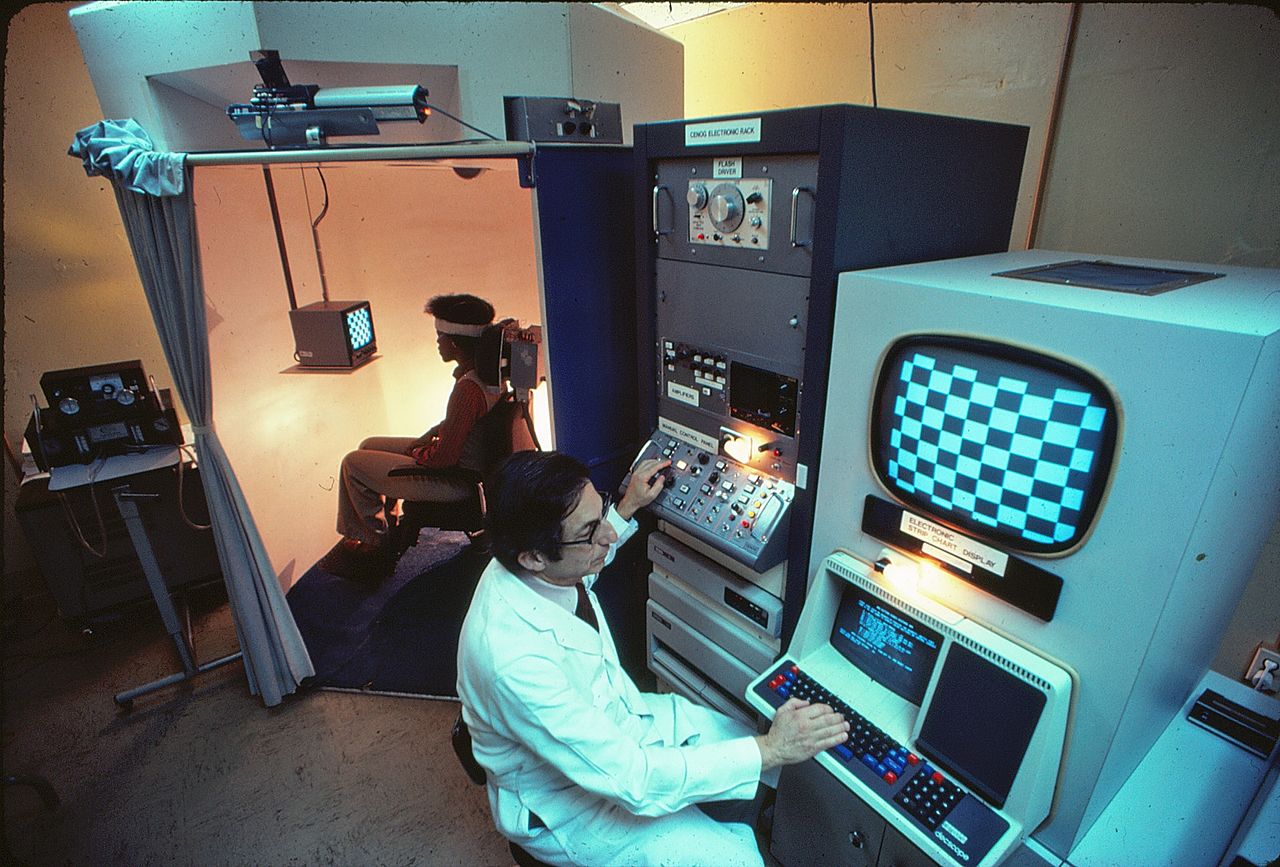 The CENOG “testing chambers”, with Ledley operating the console. Image by Fred Ledley. Licensed under CC BY-SA 3.0, via Wikimedia Commons.

Ledley wrote several articles that were published in top scientific journals, and he founded two journals himself: Pattern Recognition and Computers in Biology and Medicine, both of which focused on the growing combination of computers and science. He was inducted into the National Inventors Hall of Fame in 1990 and won several awards over the years, including the National Medal of Technology and Innovation in 1997. Today, Ledley is still recognized for the valuable biomedical procedures and devices that he created and inspired.

In honor of the innumerable lives that his work has helped, let’s wish Robert Ledley a happy birthday!