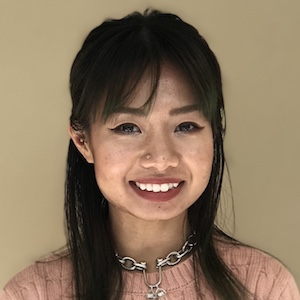 Lightning risk is an important consideration in various industries, including aircraft and wind turbines. But how do you study the behavior of a phenomenon that can cause extreme damage in microseconds? And how do you make sure your product can withstand a lightning strike? In his keynote talk at the COMSOL Conference 2018 Boston, Justin McKennon of NTS Lightning Technologies answers these questions, discussing how multiphysics simulation helps in the design and certification of lightning protection systems.

The Challenges in Analyzing Lightning Risk

When it comes to understanding the effects of lightning, McKennon explains: “You really have to look at all of the various pieces of the physical phenomena that occur in the lightning environment. It’s a true, real-world multiphysics problem.” For example, when designing an airplane, engineers must examine the thermal effects, fatigue, and current flow under lightning conditions. With so many multiphysics couplings to consider, quantifying the risk and impact of lightning is not an easy feat, especially since a strike lasts only microseconds.

In addition, every element of an aircraft, such as the wings, must undergo a comprehensive certification process to make sure it meets published safety standards. (After all, when lightning strikes an airplane, it poses a significant safety risk.) If an effect isn’t fully understood before reaching this stage, it could mean that the entire design process has to be restarted.

Problems with the Test-First-Based Approach

For decades, engineers have evaluated lightning protection designs using the “test-first-based approach,” which involves building a prototype and then validating it with approximations, estimations, and experimental data. However, McKennon says this method is becoming outdated, as it involves substantial risks related to safety, cost, and time. For instance, an approximation can’t account for the myriad of multiphysics phenomena occurring in all of the small joints and fasteners in an airplane during a lightning strike. This can lead to problems during the testing phase, as even a small miscalculation could put nearby researchers at risk. Plus, if the design fails, it may need to be completely changed, leading to production delays and extra costs.

To illustrate the issues with the test-first-based approach, McKennon shares a real-life example of a fuel tank. Fuel tank protection requires extensive certification because its contents are highly flammable: Even a small spark is enough to ignite the entire tank. Now, imagine the difficulty (and expense) of manually accounting for, analyzing, and testing each area, including every joint, under simulated lightning conditions. It’s no surprise that even well-thought-out designs can be destroyed during a test. McKennon says that for one company, this failure ultimately set their production back by months and they incurred several fines totaling almost a million dollars.

McKennon and his team prefer to use simulation to analyze lightning protection designs. By creating models, they are able to predict risks and behaviors early in the design process, evaluate design alternatives, and leverage similarities between iterative designs. Overall, simulation provides a safer, more affordable, and quicker process to validate the design of lightning protection systems. McKennon says that he tries to leverage multiphysics simulation whenever possible, using it in conjunction with testing. He also talks about the ease and accuracy of “little-picture” and “big-picture” modeling in the COMSOL Multiphysics® software.

McKennon finds that simulation is most useful for design-level detail, or the “stuff that you can’t measure.” With modeling, he and his team are able to analyze intricate details in order to evaluate damage, voltage, and current flow. They can use modeling to, for example, measure the voltage between two points in a fast-duration waveform while current flows through a propeller shaft. In real life, accurately analyzing this voltage would be close to impossible.

As for big-picture modeling, 3D simulations simplify the testing process. When the test-first-based approach is used to validate a large design, it requires more materials, researchers conducting the test, and potential loss if the design fails. Simulation allows for fewer resources and is more cost effective. For large designs, such as a wind turbine blade, multiphysics modeling can also provide a “really good approximation of real life,” including for complicated environments that are difficult to reproduce — even in a lab. 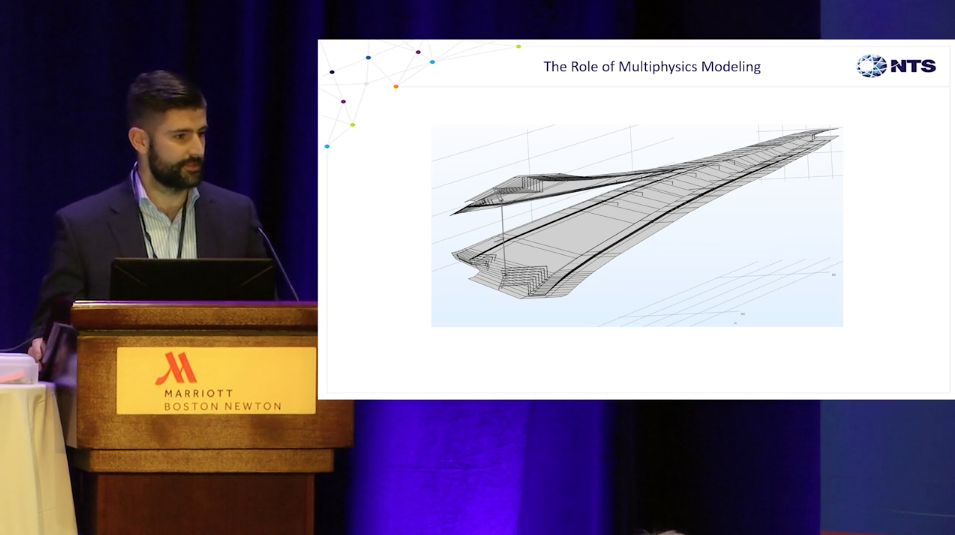 The role of multiphysics simulation has been quickly expanding in the lightning protection field. For instance, engineers can use modeling to test large designs (like buildings) for lightning risk and impact, which is challenging to do in the real world. Multiphysics simulation also allows for faster production, more accurate testing, and lower costs.

You can learn more about how NTS Lightning Technologies uses simulation in the design and certification of lightning protection systems by watching the video at the top of this post.