Do you drool at the very mention of chocolate? If so, you’re a “chocoholic” like me, and Nestlé’s Kit Kat® bar is one of my favorites. For 80 years, people around the globe have devoured this four-piece delight. To ensure every bar of chocolate produced has the same consistency, texture, and taste, the engineers at Nestlé’s Product Technology Centre in York, UK (PTC York) are using simulation to optimize the Kit Kat® bar manufacturing process.

The science that goes into producing each Kit Kat® bar is quite fascinating. At Nestlé, Kit Kat®, Aero®, and other candy bars are manufactured using a chocolate depositor. Molten chocolate is fed into the depositor and exits into a mold through the nozzle tips at the bottom of the depositor. Engineers at PTC York are using a variety of features included in the COMSOL Multiphysics® software to ensure that the flow rate and pressure of the chocolate exiting each nozzle are the same.

To start, the team was able to import the SOLIDWORKS® software design of the chocolate depositor directly into the COMSOL Multiphysics® software and run the simulation. The depositor in this simulation was used for Aero® bars specifically, but a similar machine is used for Kit Kat® bars.

The SOLIDWORKS® software geometry of the depositor (left) and a COMSOL Multiphysics® simulation (right) that shows the magnitude of chocolate flow in the depositor’s nozzles and flow channels. Copyright © Nestlé.

The research team at Nestlé also analyzed the process for forming the crispy wafer center of the Kit Kat® bar. The wafer baking apparatus consists of two baking plates that compress the batter between them. These plates pass over a series of flames to bake the wafer. 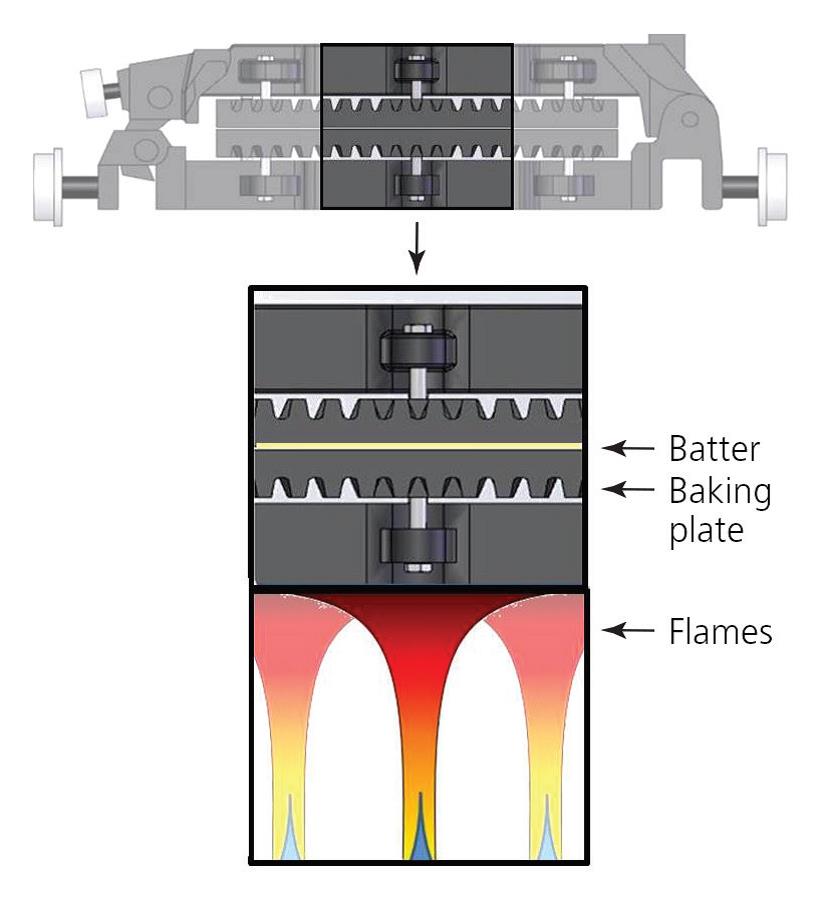 During the baking process, uneven heating by the flames can cause parts of the wafer to remain slightly moist, which can compromise the wafer’s signature crunch. The engineers at PTC York addressed this issue with the help of COMSOL Multiphysics. The team studied the air flow below and around the plates to ensure an even temperature profile across the plate. 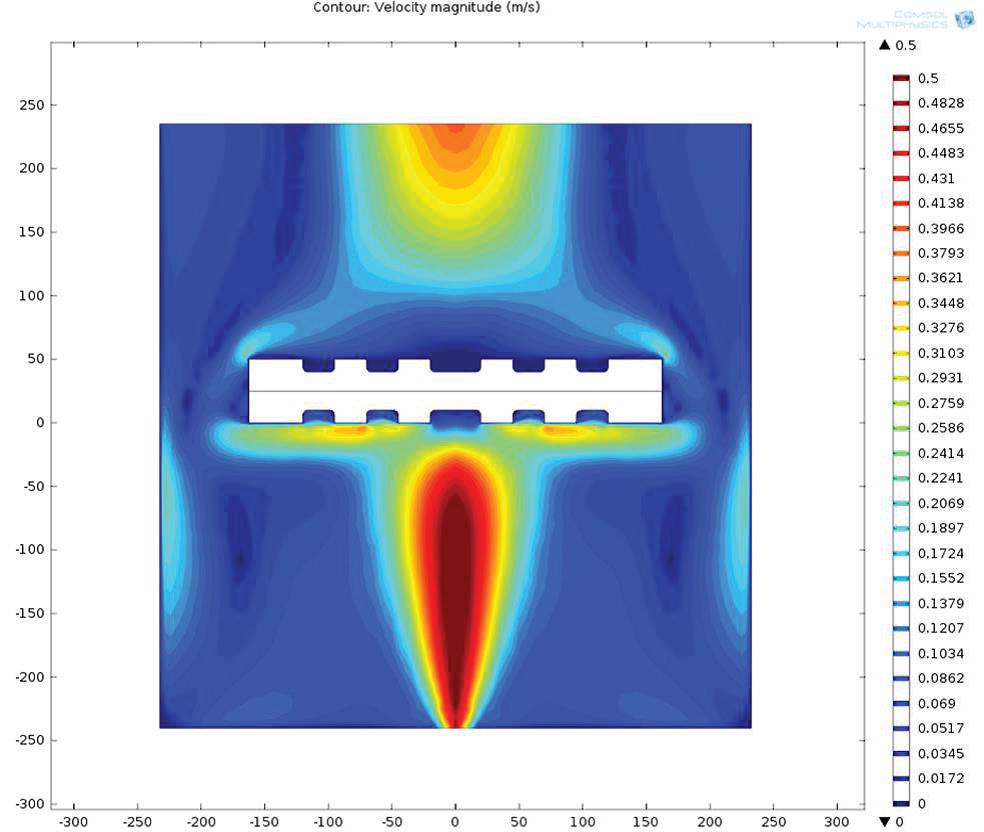 The airflow levels measured around the baking plates. Copyright © Nestlé.

Analyzing the airflow helped optimize the burner power and orientation while also reducing the fuel used. The team was also able to identify hot spots due to increased conduction through the metal bolts holding the baking plates together. They were also able to validate their simulation model against experiments. Going forward, this will help to redistribute the heat more evenly and avoid temperature peaks, ensuring that we still get the well-known “snap” of the wafer. 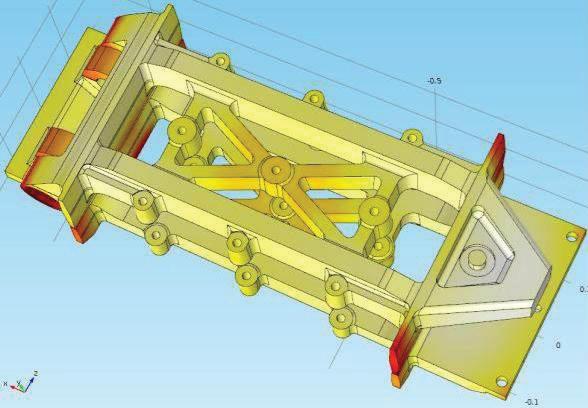 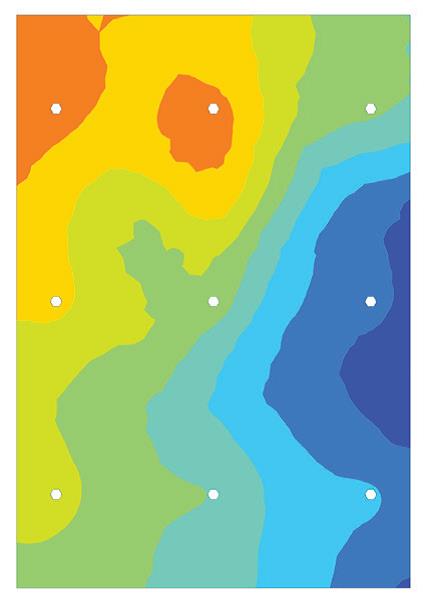 Temperature profile at the surface of the top baking plate, where warmer spots can be seen at the location of the bolts (white circles). Copyright © Nestlé.

By using multiphysics simulation, the team at Nestlé has been able to optimize their chocolate production process and make it more energy efficient. As the Kit Kat® bar celebrates its 80th birthday, we can look forward to many more years of this tasty treat.

Analyzing the Deformation of a Biomedical Stent with Simulation