There’s a new book out there for those of you who work with or research electromechanical system design. It’s titled Multiphysics Simulation: Electromechanical System Applications and Optimization and is more than your average textbook. This is a reference guide on simulation and topology optimization written with both students and industry engineers in mind.

The Multiphysics Simulation: Electromechanical System Applications and Optimization book, authored by Ercan Dede, Jaewook Lee, and Tsuyoshi Nomura, fills a gap in topology optimization literature. While the topic has already been covered to some extent, what has been missing is a solid reference for topology optimization in electromechanical systems — until now. Based on industry experience, the authors expertly cover the various physics involved, of which electromagnetics and heat transfer are two important ones. As you read through the chapters, you will learn how you can combine multiphysics simulation strategies with optimization methods to find unique design solutions. 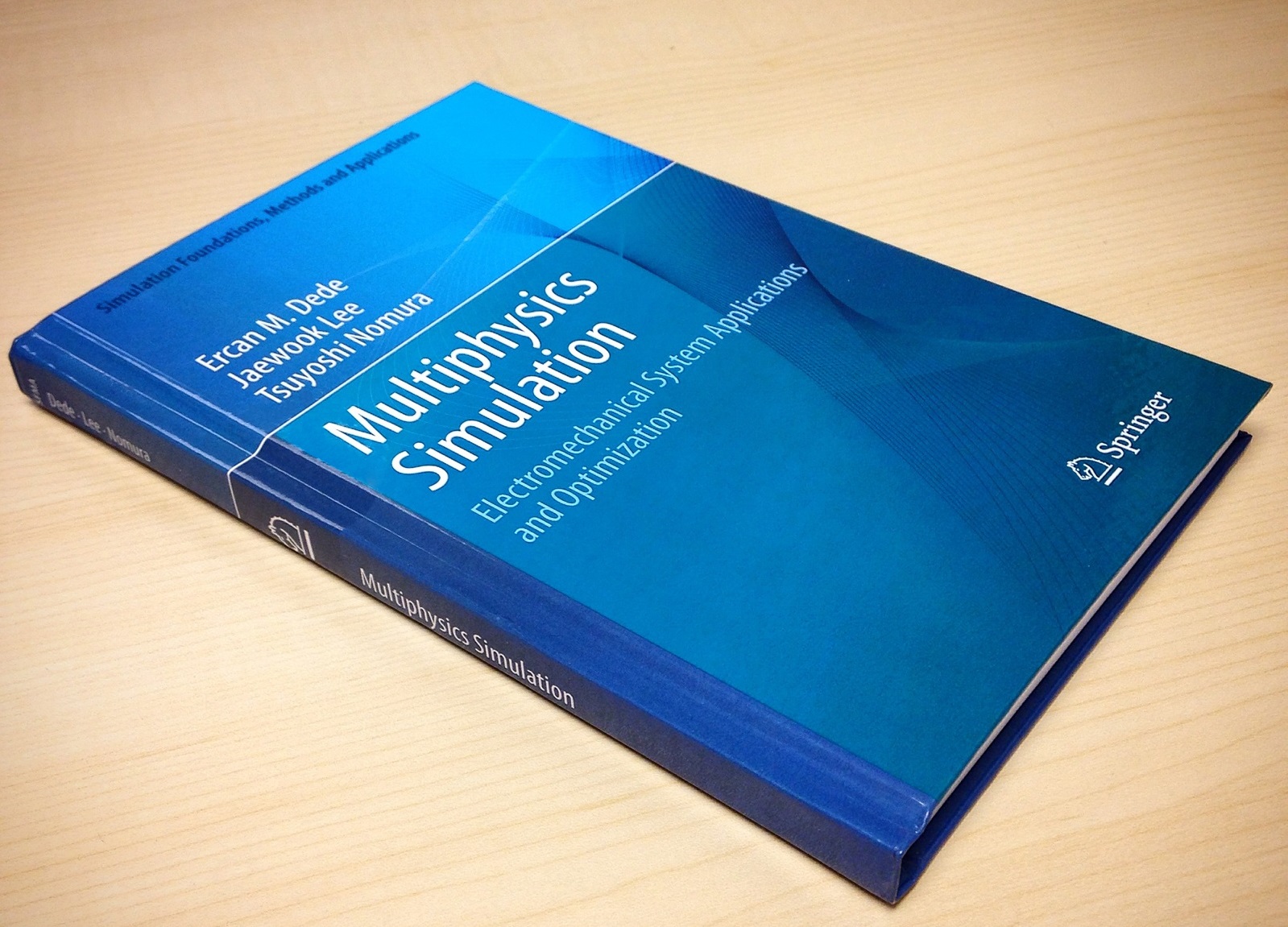 Photo of the Multiphysics Simulation book. You may purchase the book here.

As they mention in the preface, this book grew out of the authors’ work at Toyota Research Institute of North America (TRINA). There, they focus on optimizing the designs of electromechanical systems for automobiles, as you might recall from the COMSOL News 2012 article “Numerical Simulation-Based Topology Optimization Leads to Better Cooling of Electronic Components in Toyota Hybrid Vehicles“. You might also remember one of the authors, Ercan Dede, from the COMSOL Conference in Boston two years ago. At the conference, he held a keynote presentation on “Multiphysics Modeling Solutions for Advanced Vehicle Research & Development“.

In short, this will be a great addition to your optimization library.