The time has come. The latest version of COMSOL Multiphysics® — version 5.2 — is here. With this release, we bring you a number of upgrades to the Application Builder and COMSOL Server™ as well as various improvements to our other existing products. Here’s a quick summary of what you can expect in version 5.2.

What’s New in the Application Builder and COMSOL Server™

Just about a year ago, we first introduced you to the revolutionary Application Builder and the idea of building simulation apps. Now, we are making it even easier for you to build, distribute, and run your simulation apps.

Here are just a few of the newest arrivals: 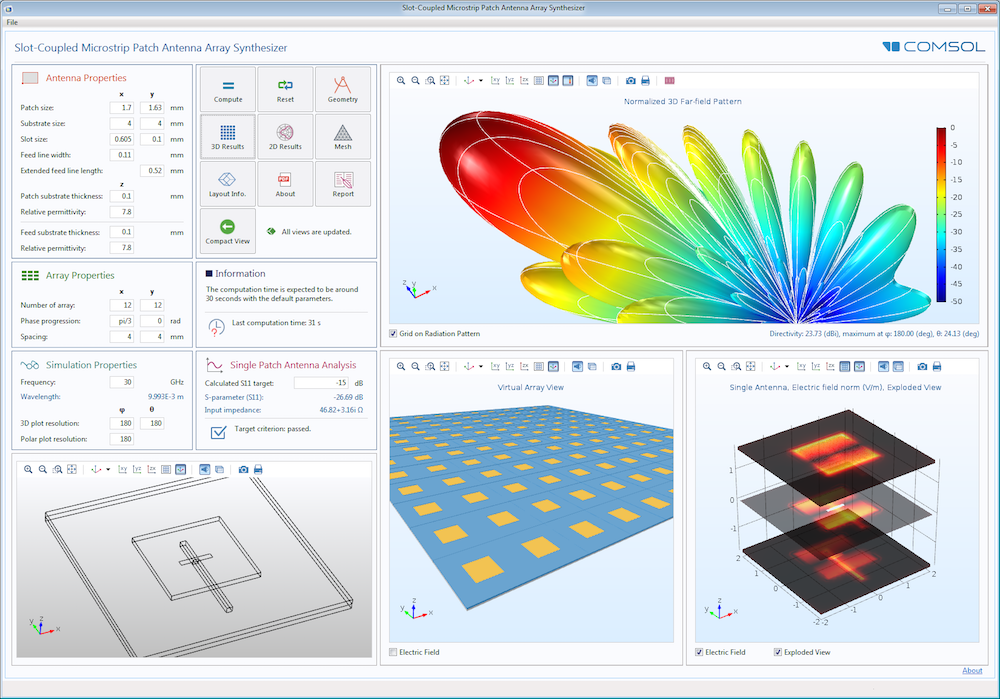 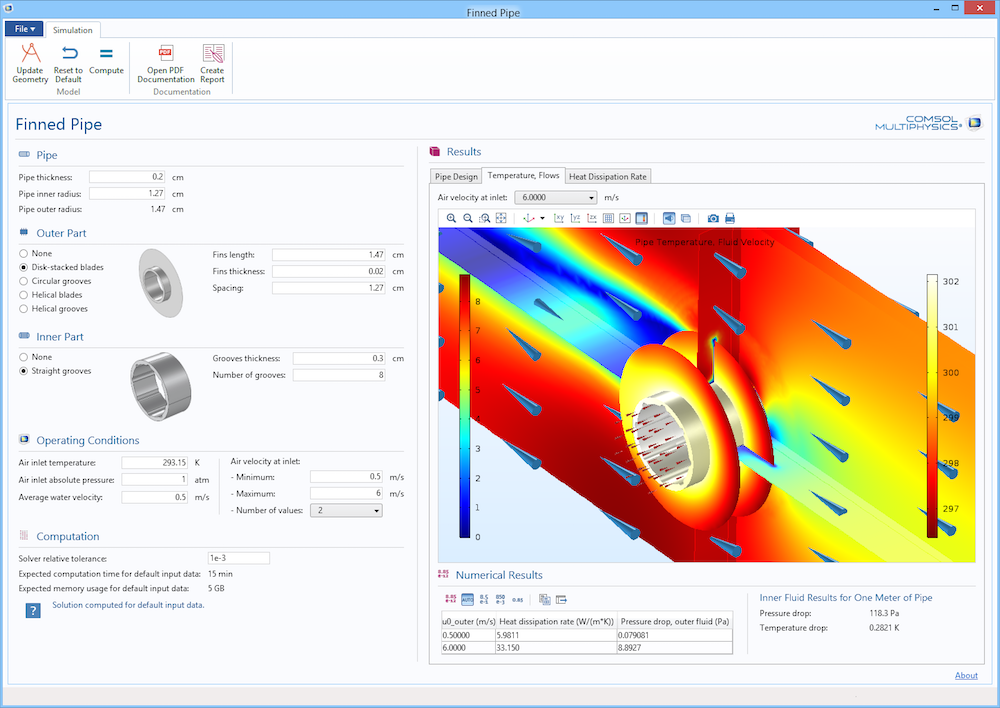 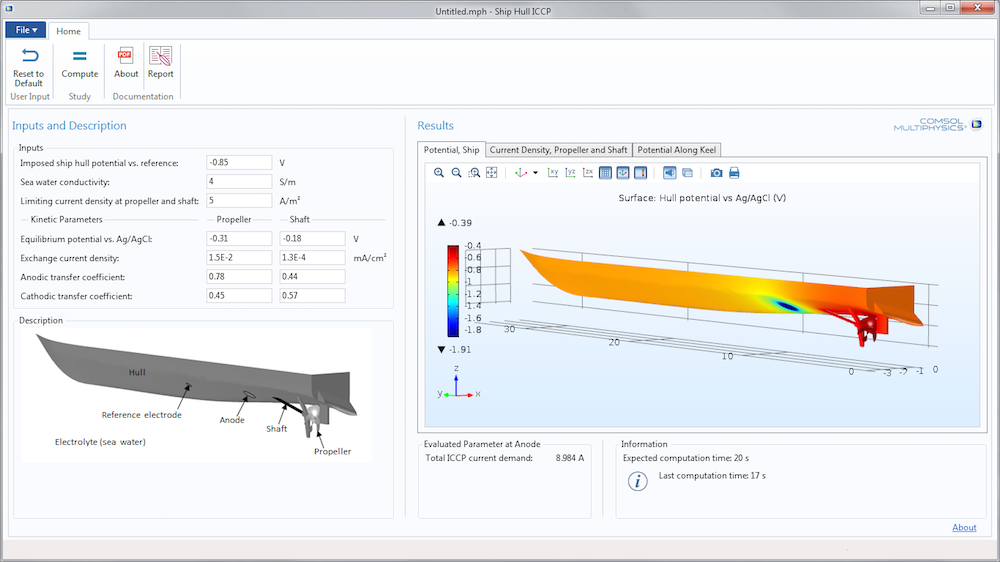 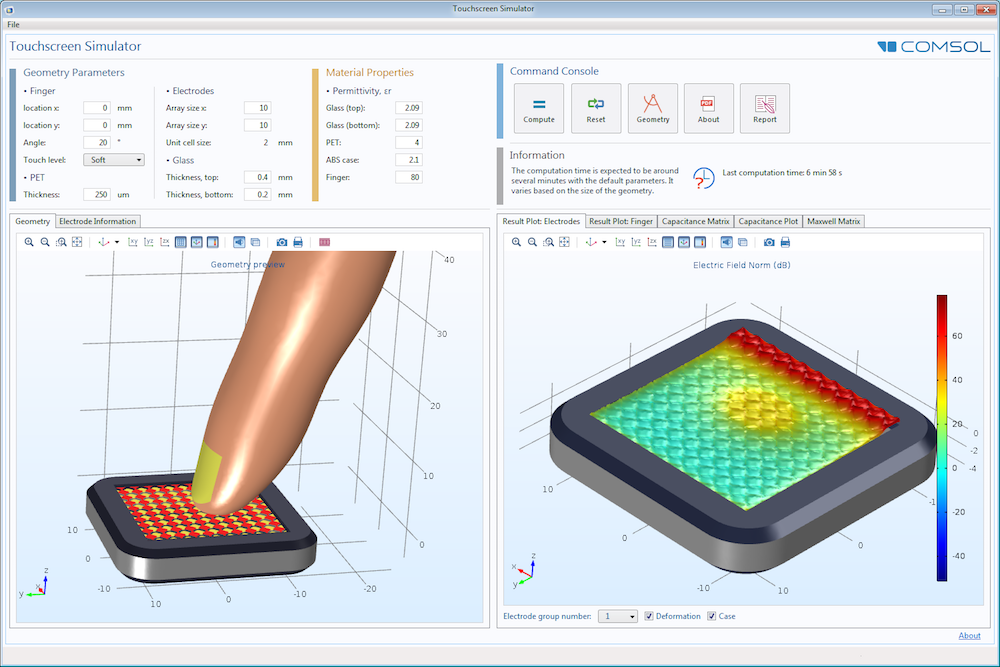 With COMSOL Multiphysics version 5.2, you can now update graphics in a command sequence or from methods in the Application Builder. Such functionality enables you to, for instance, flip between a geometry plot and a mesh plot while carrying out a command sequence. Another new feature is the ability to plot while solving. Showing the progression of the solution process can create a more interactive experience for apps that take a while to solve.

As you develop your app, you may wish to change the view. The graphics toolbar enables you to quickly switch between views, with a simple way to reset to the default view. Creating custom buttons in the toolbar and performing camera movements to show the app from different angles are other options available to you. Forgot to add a certain element while designing your app? Editor Tools offer an easy solution, allowing you to add missing elements to an existing form rather than using the Form Wizard.

In COMSOL Server™, apps can be quickly launched, with the option to preload apps for faster launch and the default preload of the most recently launched apps. And if you only have one app in your COMSOL Server™ library, you can configure it so that your app is launched right away when users log into COMSOL Server™. From a browser, you have the option to launch an app directly in COMSOL Client.

Worried about losing connection while using an app? No need. The Running Applications feature makes it easy for users to reconnect to the app, with the option of doing so using COMSOL Client or in a browser. Additionally, you can create desktop shortcuts for your apps. Simply double-click on the icon and your app will launch. 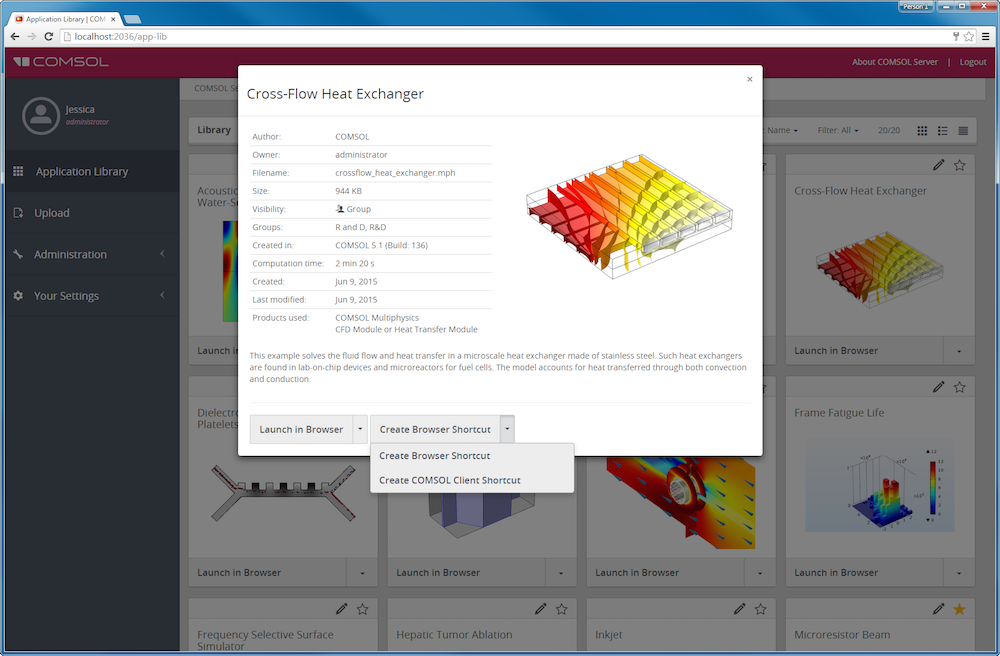 Creating a desktop shortcut for launching an app.

Here, we have given you just a brief glimpse into some of the exciting updates to the Application Builder and COMSOL Server™. You can find more details on the COMSOL 5.2 Release Highlights page.

Next: A look at some of the improvements pertaining to the core functionality of COMSOL Multiphysics.

In version 5.2, you can now partition selected domains through the specification of curves and surfaces, via the new Partition Domains geometry operation. This operation is not only useful when creating tetrahedral or structured meshing, but it is also powerful in advancing parallelization during the meshing process.

While on the topic of meshing… There’s a new robust meshing method at your fingertips. The new algorithm is a combination of the original method, with the new technique applied when the old one fails. It is meant to reduce errors delivering a message similar to “failed to respect edges”. Furthermore, the importing of external mesh parts — a process used to import a mesh rather than a CAD geometry — is now simpler and more powerful. 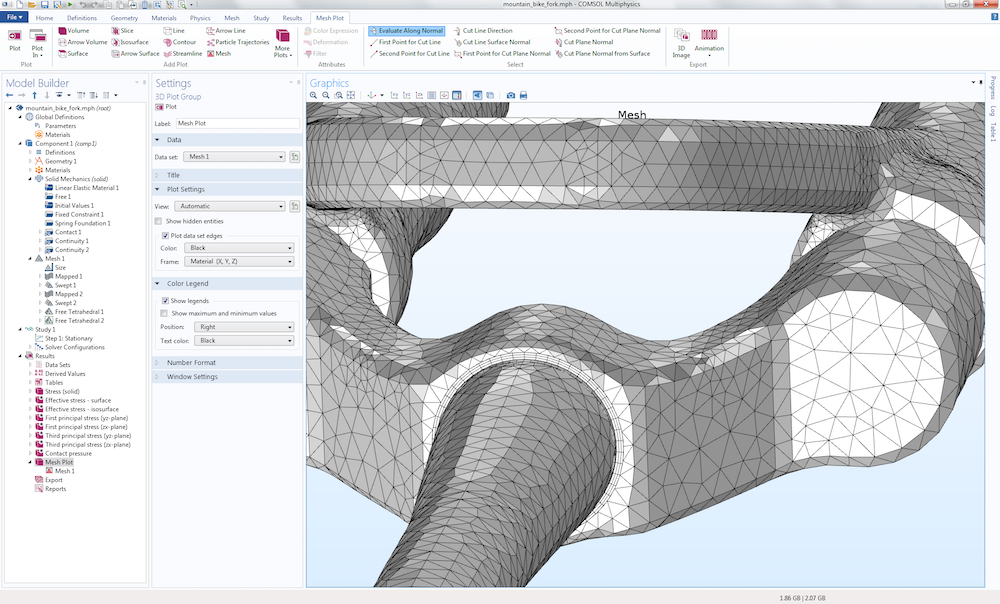 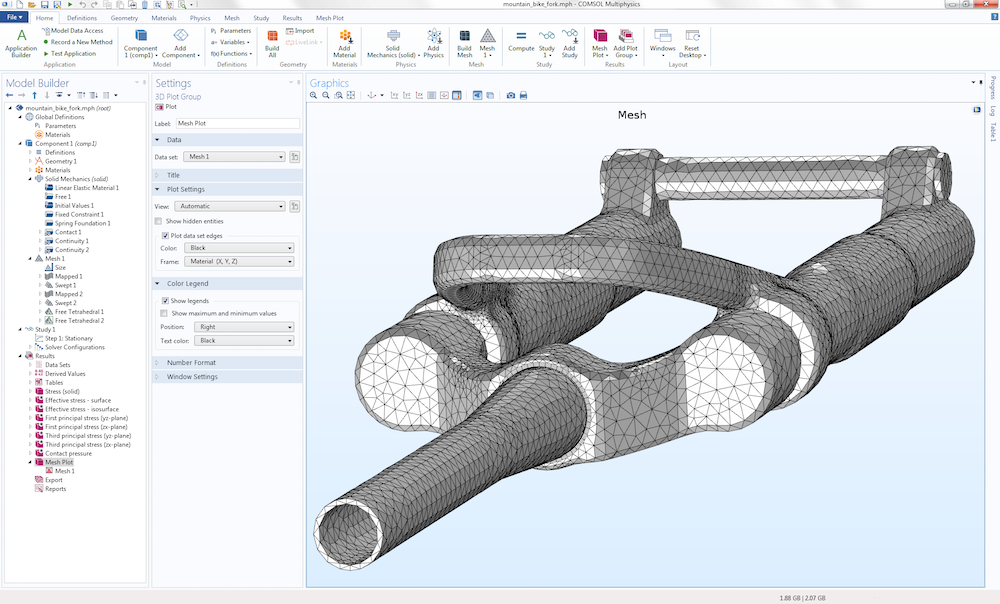 As for studies and solvers, storing certain parts of a selected solution is now possible. When only a portion of the solution is necessary for visualization and results, this approach helps you save both memory and computing power.

New annotation plots bring further advancements in visualization and postprocessing. You can now add text and variable values to plots, with coordinates used for positioning. These variables can then be evaluated to produce numbers to include with the text. 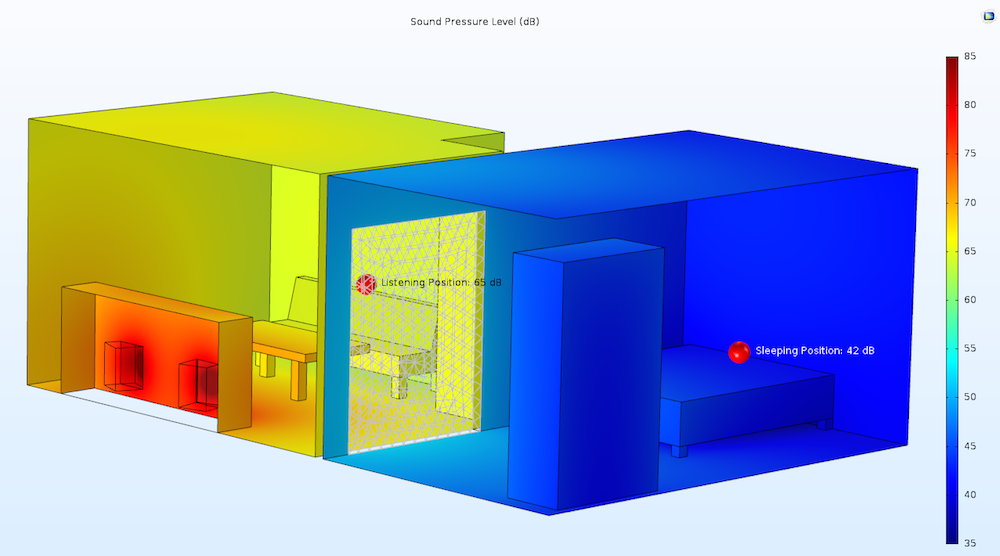 This is only a brief introduction to the software’s general updates. For a more in-depth overview, head over to the COMSOL 5.2 Release Highlights page.

Throughout our product suite, you will find new and improved features and functionality that are designed to enhance your modeling processes. Let’s briefly review some of the upgrades.

Presenting matching properties is now easier with the addition of Smith plots in the RF, AC/DC, and Plasma modules. These plots allow you to visualize quantities such as impedance and reflections. In cases where an S-parameter plot is generated by default, a Smith plot will be produced automatically. 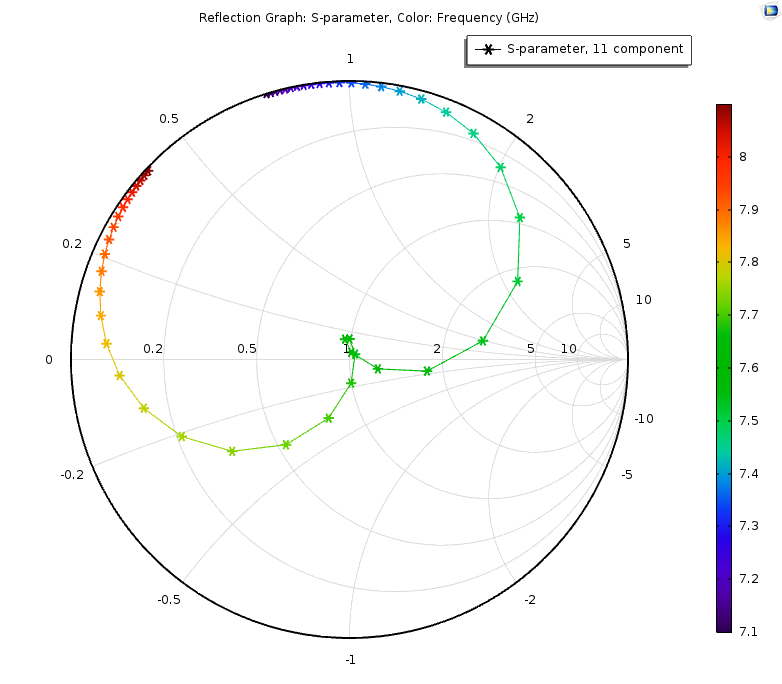 In the AC/DC Module, H-B and B-H curves offer support for effective nonlinear magnetic constitutive relations in frequency-domain analyses. You can apply this approach to the modeling of nonlinear magnetic materials. Using the Magnetic Fields interface and corresponding 2D interfaces in COMSOL Multiphysics, external material models can be implemented as user-defined libraries. Designed to offer greater flexibility and extend the capabilities of the interfaces, the new functionality empowers the creation and use of custom material models.

For our acoustics crowd, we are including octave band plots. Frequency-domain transfer functions and transmission loss are just some of the elements that these acoustics plots can represent. 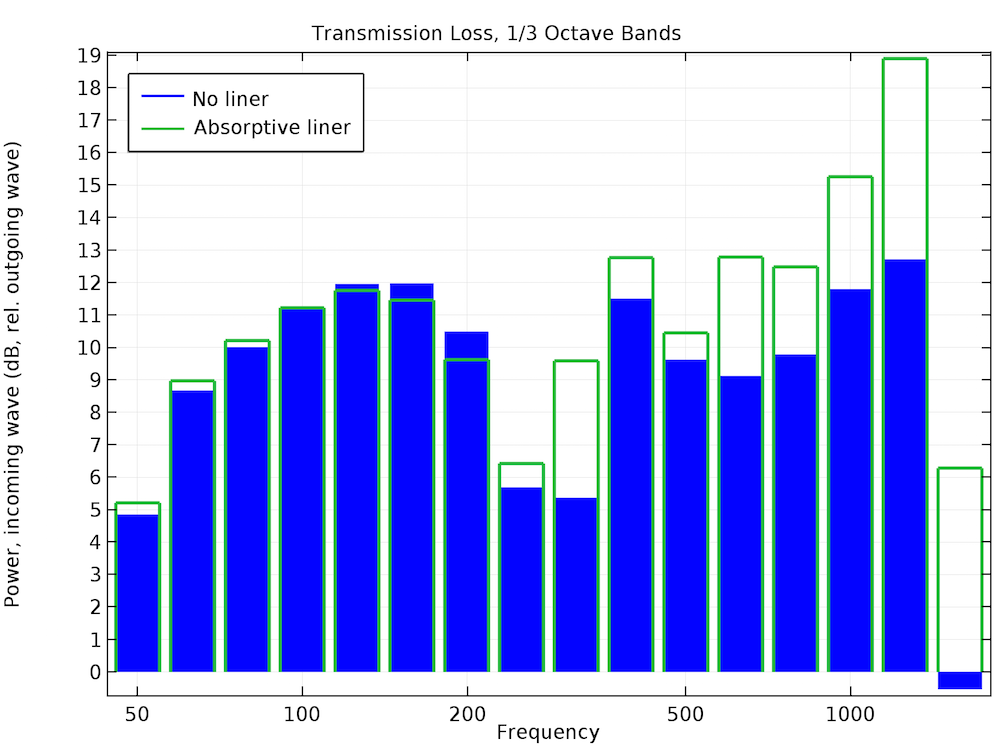 Modeling surface-to-surface radiation? There’s a new symmetry plane feature in the Heat Transfer Module that you’ll be interested to learn about. With the feature, you are able to represent just half of a geometry. Not only does this increase the speed of the view factor computation, but the number of required mesh elements and degrees of freedom is also reduced by half.

New functionality enables access to material models originating from externally programmed libraries. You can also access material functions written in a programming language other than the original format — C code — through a gateway function. This offers the potential for programming material models of your own and distributing them as add-ons.

In some cases, you may want to study the positioning of interfaces separating three immiscible fluids. The new Three-Phase Flow, Phase Field interface provides a path for modeling the flow and interaction of the fluids in such instances. COMSOL Multiphysics version 5.2 also introduces a new mathematics interface, the Ternary Phase Field interface, which has applications in the CFD and Microfluidics modules.

The Rotating Machinery interfaces feature two new turbulent flow models: Turbulent Flow, Algebraic yPlus and Turbulent Flow, L-VEL. And, in the Rotating Machinery, Fluid Flow interface, you will find the Stationary Free Surface feature, which can be used to estimate a free surface’s deformation due to the combination of fluid flow and volume forces.

Looking at the Pipe Flow Module, there are many improvements to the Pipe Flow interface. Now you have the ability to model compressible flow within pipes as well as the expansion and contraction that results from rapid changes in their cross-section area (the Bernoulli effect).

Additional options for catalytic particle shapes are now available to you in the Chemical Reaction Engineering Module. The new shapes range from spheres and cylinders to user-defined shapes. Additionally, modifying the reaction rates of species is easier. How so? You can now use the Species node. (This step previously required editing within the equation view.)

The new Thin Insulating Layer feature allows you to model thin insulating sheets on internal boundaries within an electrolyte domain. And, using the Current Distribution on Edges, BEM interface, you can now compensate for the impact of the volume of beams.

Compensating for the volume of the beams in an oil platform structure. 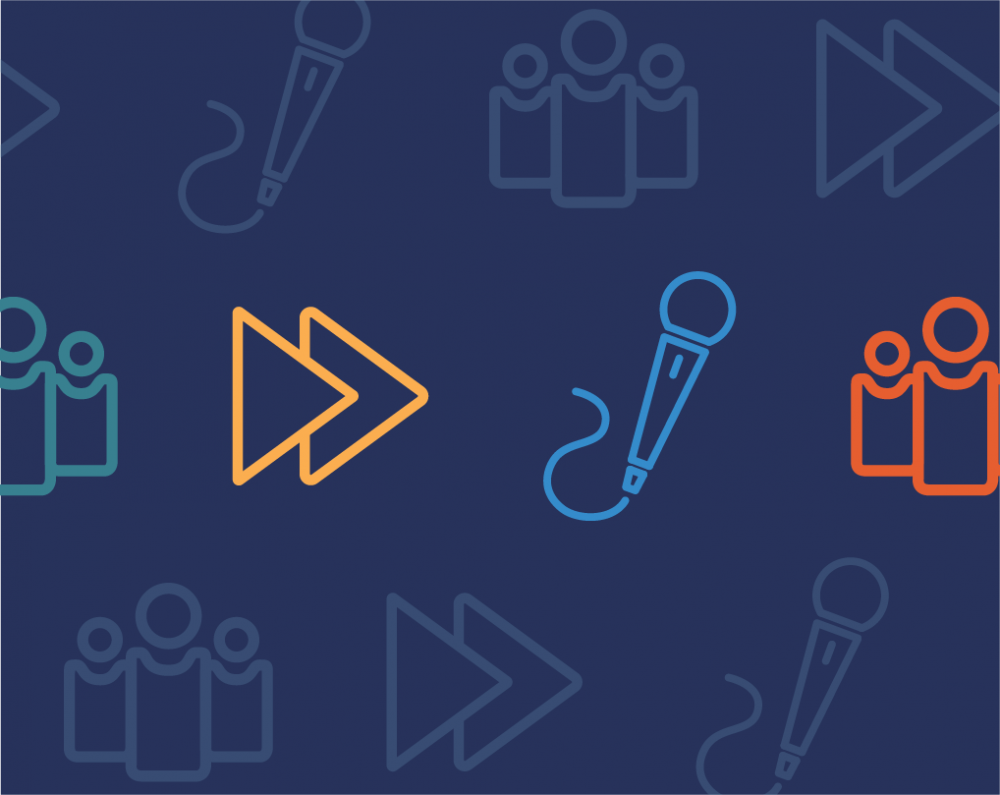