Every year, the Swiss Physical Society seeks to recognize exceptional research by young physicists who are just starting out in their careers. Each candidate is evaluated based on the originality, quality, and impact of their research. This year, Dr. Amir H. Ghadimi received the SPS Award in Computational Physics for the project “Elastic strain engineering for ultra-low mechanical dissipation”.

The Swiss Physical Society and the SPS Awards 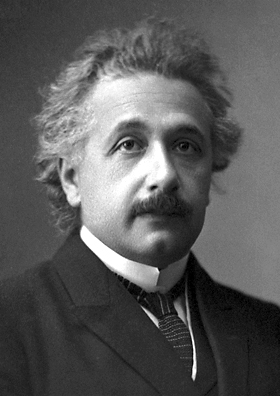 Albert Einstein was a Nobel laureate and member of SPS. Image in the public domain, via Wikimedia Commons.

In 1991, the SPS started the SPS Awards for young physicists. These awards recognize the exceptional work of physicists in the early stages of their careers in categories such as condensed matter physics, general physics, and computational physics.

Sponsors of the SPS Awards include IBM; ABB; and COMSOL, who has sponsored the computational physics award since 2016.

The 2019 SPS Award in Computational Physics

The 2019 SPS Award in Computational Physics went to Dr. Amir H. Ghadimi. Ghadimi received his PhD in electrical engineering from the EPFL just last year. His research concerns elastic strain engineering, the ability to utilize stress to discover unusual material properties, and how this can apply to ultracoherent mechanical resonators with quality factors near 1 billion at room temperature. Read more about Ghadimi’s project, “Elastic strain engineering for ultra-low mechanical dissipation”, on the 2019 SPS Awards website. 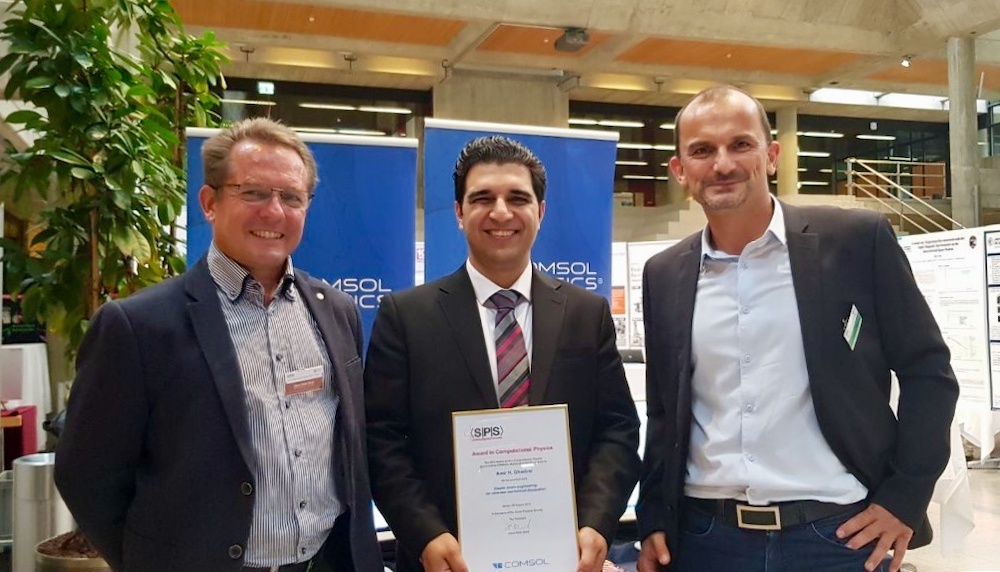 Ghadimi is completing his postdoctoral research at the Swiss Center for Electronics and Microtechnology(CSEM). His current focus is on integrated photonics circuits for optical precision sensing, nonlinear optics, optical COMB spectroscopy, and quantum information processing. In addition to the 2019 SPS Award for Computational Physics, Ghadimi received the Swiss Nanotechnology PhD award and European Frequency and Time Forum Best Paper award (both in 2018) and his works were published in prestigious journals including Science, Nature, and Physical Review X.