Continuous stirred tank reactors (CSTRs), or ideal stirred tank reactors, are frequently used in the chemical and biochemical industries. This reactor type operates at steady state and because of its good mixing properties, it is assumed that the composition throughout the reactor is uniform. Using a new model in the Reaction Engineering interface, we can visualize the dynamics within an ideal system of tank reactors.

In chemical engineering, reactors that feature well-mixed conditions and liquid level control are quite common. Within such ideal stirred tank reactors, perfect mixing is assumed and the output composition is the same as the composition of the material within the reactor. In such systems, reactants are constantly introduced into the reactor and products are continuously removed. The figure below illustrates the different components of a continuous stirred tank reactor. 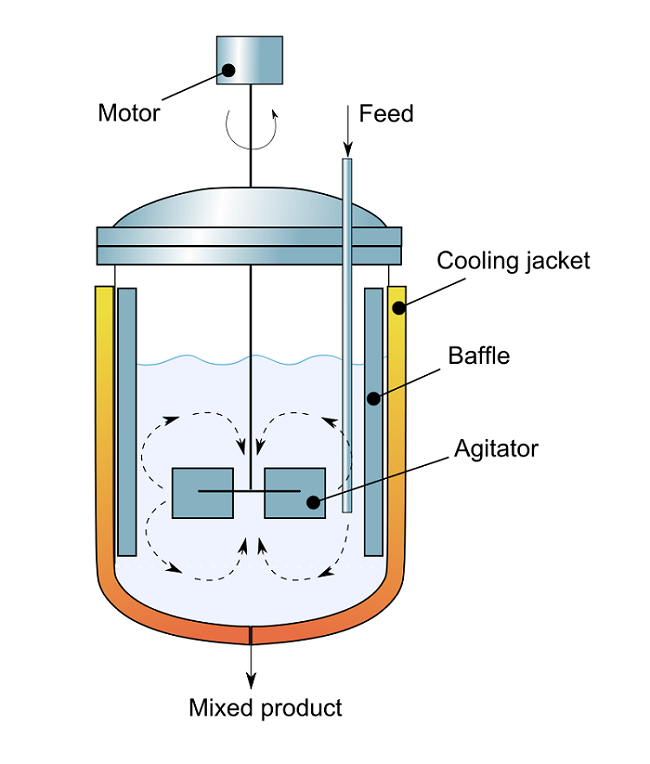 Modeling an Ideal System of Tank Reactors in Series 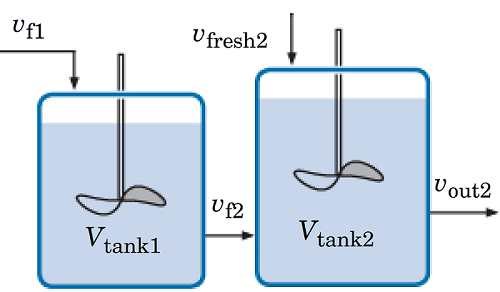 A detailed overview of the reactor system.

Within this model, two stop conditions have been implemented. The computations will stop if any of the reactor volumes is 1% or less of the initial volume.

The first figure below highlights the concentrations of species A and B in each tank. 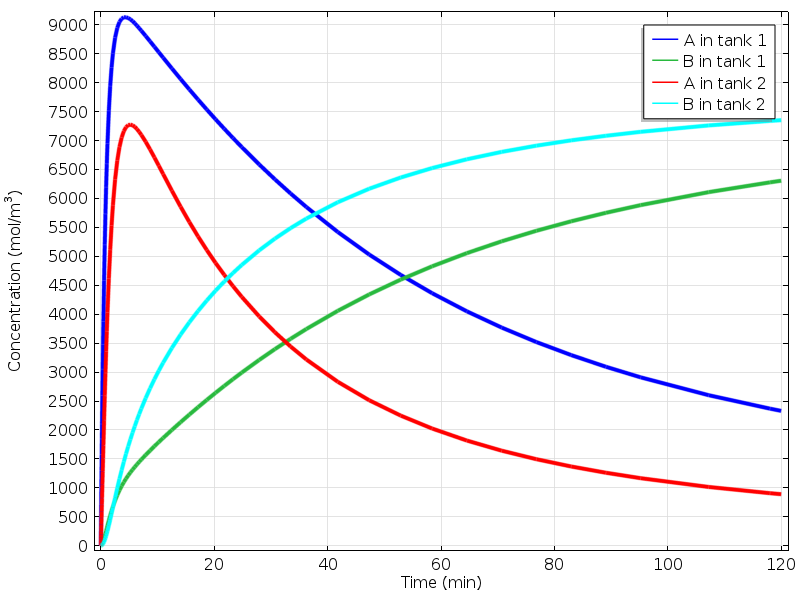 Comparing concentrations in the two tanks.

The next graph illustrates the variation of the volumes in each of the tanks. From these volumes — and with known cross-sectional areas of each reactor — the liquid levels can be computed. 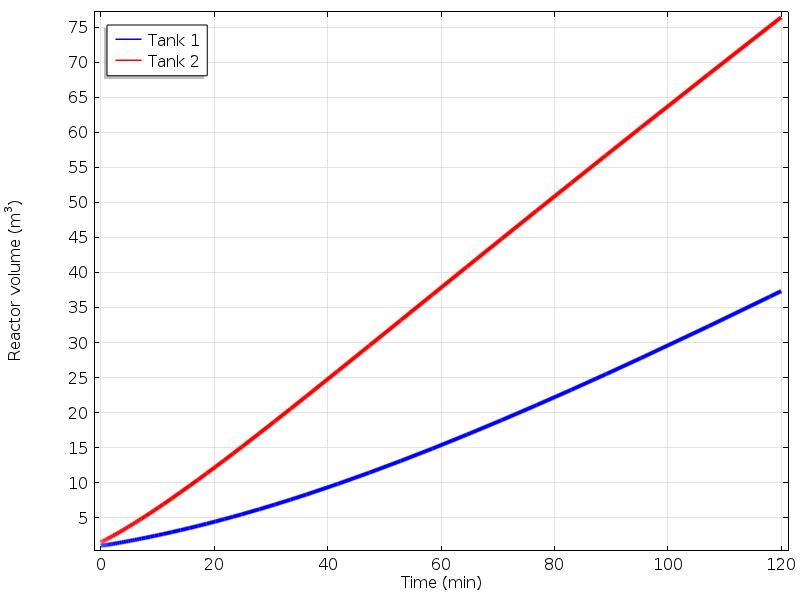 The volume of the reactors.