From supporting research to creating custom prosthesis, what doesn’t 3D printing seem to promise these days? We all know 3D printing has arrived, and the technology is already being put into practice by companies and tech-savvy consumers everywhere. It seems there’s a new 3D printing success story published every day, and no matter how fascinating, it makes you wonder about the wider repercussions and limitations of 3D printing. 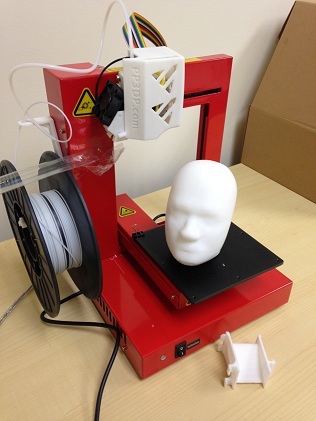 There are plenty of amazing stories on 3D printing out there, and before diving into the limitations of this technology, I wanted to highlight a couple of interesting recent advancements.

According to a Phys.org article, researchers scanned microscopic bugs, then used a 3D printer to print out enlarged versions of them (roughly 40 times their actual size) for an art exhibition in Australia. Although this particular project was in the name of art, it could also become beneficial for science. Specifically, entomologists studying insect anatomy would be able to study tiny insects more easily, were they to follow this scanning, enlarging, and 3D printing process.

A certain Alaskan Bald Eagle has additive manufacturing to thank for his replacement beak, after his own had been shot off. Because of the amazing ability of 3D printing to customize objects at a relatively low cost, an engineer was able to create a custom prosthetic beak for the eagle (check out “before” and “after” photos on the ScienceNews website, it’s a rather neat concept). In the greater scheme of things, this unique prosthesis story points to a big advantage of 3D printing: you can create complex objects very easily. As the ScienceNews article mentioning the eagle highlights, complex objects used to require advanced skills and take a lot of time to create. With this new technology, that no longer holds true. It almost seems as though “if you can think it, you can print it”. Even objects consisting of moving parts can be printed in one go, without having to manufacture the individual parts and then assemble them after the fact.

There are more stories just like these; additive manufacturing is having a golden moment right now. But what about its limitations — is the sky really the limit?

To me, one of the most obvious limitations to 3D printing from a consumer stand-point is the fact that whatever it is you are printing out can only consist of a single material; for example, you cannot print an object containing both polymer and metal pieces. The good news here is that it doesn’t really matter for engineers printing out prototypes of a product, but it is an important aspect to consider when talking about it as a manufacturing technology. In his article “Why 3D Printing is Overhyped (I Should Know, I Do It For a Living)“, Nick Allen outlines this issue rather well. My colleague, Phil, has also previously reported on this problem in his blog entry on the STL file format.

In the article from Allen, he also mentions the drawbacks inherent in 3D printing production time. While it’s much quicker than crafting and assembling your object piece-by-piece, 3D printing does still take time. As my colleague Dan Smith has noticed when printing out various COMSOL models: the larger the piece, the longer the printing time. I mean, it makes sense, seeing as the object is created layer-by-layer, one object per printer. While small items might take an hour or two, larger ones take much more time. Again, this isn’t really an issue for prototyping, but it does limit the technology in terms of using it for manufacturing purposes or in your home.

It also seems most success stories gloss over one very important step in the 3D printing process: what happens before you actually hit “print”. In order to have something to print out, you obviously need to design it first, and to do that you will need both a CAD program, and the skills to use it. For most of you reading our blog, this isn’t an issue, but again, from a consumer perspective it most definitely is a limitation.

While additive manufacturing has certainly broken into the mainstream media, it seems there is a long way to go before it can really take off as a consumer product. For engineers and researchers looking to quickly produce prototypes of their design ideas however, 3D printing may really be the next great thing.