Graphene is a special type of material consisting of a single layer of carbon atoms arranged in a hexagonal lattice. Graphene in its stable form was discovered at the University of Manchester in 2003 (coincidentally while I was there studying for my Masters degree) and resulted in Nobel Prizes in 2010 for the two researchers who discovered it. Recently, graphene has been making the mainstream news; the European Commission has pledged €1 billion (yes, that’s billion with a b) to commercialize the fabrication and applications of graphene. 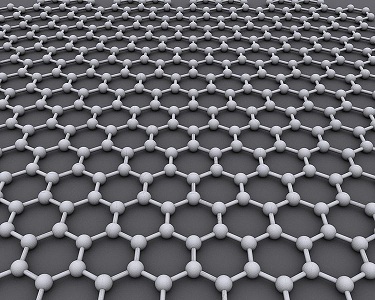 Graphene was first isolated in its planar form using adhesive tape in 2004. Since then, the race has been on to produce graphene in large quantities using economical fabrication techniques. A more popular method nowadays is to perform epitaxial growth on silicon carbide by heating it to high temperatures at very low pressures. Many other techniques exist, all with their own advantages and shortcomings.

Graphene has a set of remarkable material properties: it is roughly 200 times stronger than steel, has a higher electrical and thermal conductivity than copper, and weighs less than 1 milligram per square meter. The high electrical and thermal conductivity can be attributed to the unusually high room temperature electron mobility of 15,000 cm2/(V-s). Researchers are already using COMSOL to study applications that can exploit these unusual properties. In this article the author investigates plasmon modes in graphene rings. This is accomplished by combining Ohm’s law, Gauss’s law, and the continuity equation to produce an integral equation for the electric potential. COMSOL Multiphysics is used to compute the eigenfrequencies of the symmetric and antisymmetric modes for different ring configurations.

In this thesis the author has investigated the semiconducting properties of nanoribbons of graphene and its application to the electronics industry.