Panel discussions combine all of the best elements from the COMSOL Conference into one session, with learning opportunities and software news on par with the minicourses, chances for one-on-one discussions with COMSOL developers and fellow engineers, and inspiration like that gleaned from keynote talks about using simulation in specific industries. See what past panelists and moderators think of the panel discussions…

Something for Everyone: The COMSOL Conference Panel Discussions

“We didn’t have anything like this in the past,” says Bernt Nilsson, sr. vice president of marketing at COMSOL. Prior to 2017, the COMSOL Conference “focused mainly on the modeling of physics for structural mechanics, electromagnetics, and heat transfer as well as core modeling and simulation technologies, such as understanding solvers, meshing, and geometry creation,” Bernt says. Industry-specific panels in a variety of topics “add a new dimension to the conference!”

One major benefit of the panel discussions is that people attending the conference can get answers to their modeling questions directly from industry experts. “Panels are a great opportunity to ask questions, and you will get answers,” says Bernt. I see his point: If the invited panelists, leaders in their respective fields, can’t answer your numerical modeling question, you’d be hard-pressed to find someone who can. According to Ed Fontes, CTO of COMSOL and moderator of the Batteries and Fuel Cells panel at the COMSOL Conference 2018 Boston, the panelists were “a good mix of battery developers and engineers who use batteries in their own designs and need to have a deep understanding of how they work.”

Ralph White, a Batteries and Fuel Cells panelist and professor at the University of South Carolina (USC), describes the panels as “complementary to minicourses” and the rest of the conference program. Ed agrees: “You can’t have [four to six] people of this caliber in a minicourse.”

Though the format of the panels varies from session to session, they have all been described as both productive and informative. Ed describes it as both inspiring and “fun to have a bunch of experts talking about what you find interesting,” even for those who are not yet experienced in multiphysics simulation. On a similar note, Erwin Kuipers, a panelist for the acoustics modeling discussion from Sonova, values the conversations and “useful opinions” from his copanelists, calling the discussion “very interactive.”

Other panel discussion topics, both past sessions and potential ideas, include:

Mads Herring Jensen, who moderated the acoustics panel in Lausanne, says that the panelists in his discussion all worked with transducers in some way, but this narrowed down the topic and “led to more common ground and a better discussion.”

At one point, Mads was asked a question from a panelist about future plans for the COMSOL® software. Although the question wasn’t planned, Bernt says that panelists have a fantastic opportunity to tell the moderators who are developing the software what features they want. Mads agrees that setting up the panel before the conference was a good icebreaker for his discussions with panelists. Audience members can also ask about the features they’d like to see: “It’s not a one-way conversation,” says Mads.

After the Panel: Building a Community Through Interactive Discussion

Panel discussions are an opportunity to talk about industry-specific uses of simulation with people from a variety of different backgrounds. “We had an extremely interesting combination of university professors, industries, researchers, managers, and experts,” says Ed. Also, the Batteries and Fuel Cells panel included both Ralph White, a professor at USC, and a former student of the school who now works at GM.

The variety of panelists and topics makes it easy for conference attendees to make valuable connections. As Erwin says, “The audience had useful questions and ideas, and I was able to talk with them afterward and see how they solve certain problems.” As did Ed, who “spent 20 minutes afterward talking to attendees and panelists about what came up in the session.”

Bernt hopes that these connections don’t end with the conference. He wants to grow the panel discussions down the road in a way that leads to industry-specific user communities. Potential plans for the future include adding more topics at future conferences and even trying the panel discussion in an online format. Former panelists seem to support the interactive direction in which the COMSOL Conference is heading. Erwin told me that he is “certainly putting the conference in [his] agenda for next year” and Ralph said that he “would look forward to [being a panelist] again at a future conference.”

The panel discussions clearly have a lot going for them, but there is still room for improvement. A resounding note of feedback? Both moderators and panelists said that once the conversations got going, the sessions went by too fast. “I didn’t want to stop, but we ran out of time,” says Ed. On a similar note, Ralph wished “there was more time” to discuss questions and the new and upcoming software features. Although more time for panel discussions at the COMSOL Conference would have been nice, there is always next year…

Join Us on a Panel at the COMSOL Conference

Being a panelist at the COMSOL Conference is a good way to be positioned as a leader within your industry. In addition, COMSOL makes sure to include information about panelists when promoting a conference.

Want to be a panelist at an upcoming COMSOL Conference? Contact us: 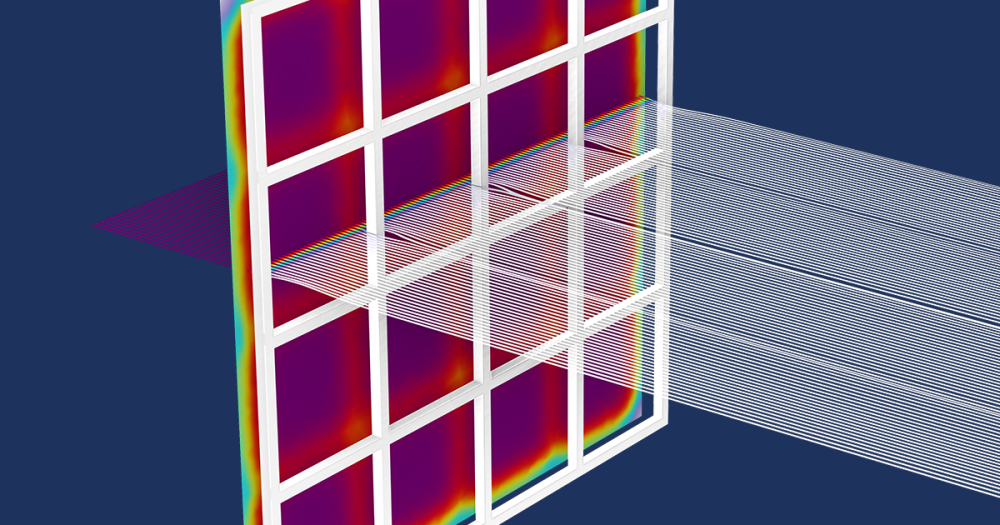 Hi Brianne
I agree that panel discussions are interesting places to exchange on specific subjects, still we, in the audience, all have to learn to be less timid and go for it 😉
One subject I was hoping to hear about (and this for a couple of years) is regularly at your conferences a panel discussion where you manage to get a number of professors teaching Physics with COMSOL so that we others may learn how this is done at best (from college to PhD level).
The issue I feel is the most difficult is how to get students (and us engineers), that do not all have the math knowledge (or time) to understand all about the underlying FEM calculations but still be able to use COMSOL efficiently and securely, learning how to detect before we crash, by presenting fully wrong results to our customers.
Perhaps next year at the EU conference 🙂
Sincerely
Ivar

Thank you for the input! In the past, we have had keynote presentations on using simulation to teach physics concepts, but a panel discussion on the topic is an interesting suggestion!