At the COMSOL Conference 2013 Bangalore we had three speakers who delivered each of their keynote talks to a full house. It was an interesting mix, with one speaker each from the government, academic, and corporate backgrounds. Here is a glimpse of what attendees got to listen to.

On day one of the COMSOL Conference 2013 Bangalore, our keynote session kicked off with a talk by Dr. Amit Gupta, Assistant Professor at the Indian Institute of Technology (IIT), Delhi. Dr. Gupta’s talk was about the use of high-energy Li-ion batteries in a variety of portable devices. He explained how lithium is the most electropositive as well as the lightest metal with reversible characteristics. As a result, Li-based batteries make for an extremely important field of research for energy storage applications. He spoke about how Li-based batteries offer higher gravimetric and volumetric energy densities, in addition to higher specific power. He concluded his talk by discussing how despite these superior characteristics, Li-ion batteries still present some design challenges. He reinforced that better understanding of material properties and morphology (among other things) could lead to overcoming these challenges. 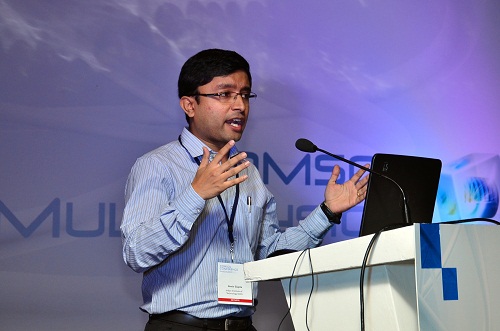 Our second talk for the day was delivered by Mr. K.K. Rajan from the Indira Gandhi Center for Atomic Research (IGCAR). He started by emphasizing the importance of nuclear power in the Indian context, given the paucity of other energy sources. The focus of his talk was on how multiphysics simulation plays an important role in the design and development of components for a fast reactor fuel cycle. He spoke about the fast breeder reactor currently being built at IGCAR, which uses thorium efficiently as a fuel. Liquid sodium is used as the primary coolant, which poses unique design challenges. He then talked about the electromagnetic pumps designed for pumping sodium, and how COMSOL was used to optimize the pump design. He described the design of the eddy current and permanent magnet flow meters for sodium, and how the COMSOL models for these were validated with experimental results. Dr. Rajan then spoke about a magnetic sodium level sensor for both the reactor pipes and vessels, and how COMSOL was used in magnetic circuit design, optimization, and probe sensitivity prediction. He concluded by explaining how simulation has been used in various aspects of the fast breeder reactor modeling process, and how it has saved time in optimizing the design of several components, which are now part of the reactor assembly. 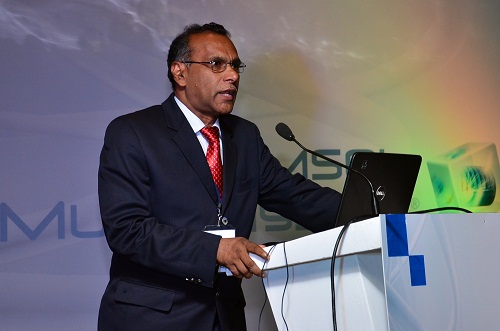 On the second day of the conference, we had Suresh Arikapudi from Tata Motors talking to us about Advanced Vehicle R&D. Mr. Arikapudi discussed how, as part of improving the fuel economy of automobiles, electrification is considered to be one of the key options. He also spoke about how the conventional ICE-based power train system is limited in delivering the best operating point in all load scenarios due to system sizing for broader needs. According to Mr. Arikapudi, some of the key challenges in this space included meeting customers’ expectations on cost and fuel economy aspects as well as getting government support to improve market penetration. He concluded his talk by showing how Tata Motors has been using COMSOL Multiphysics for thermal management to maintain cell temperatures. 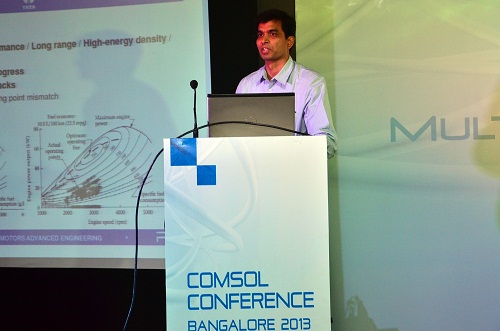 Finally, a big thank you to all of our keynote speakers for being part of the COMSOL Conference 2013 Bangalore! 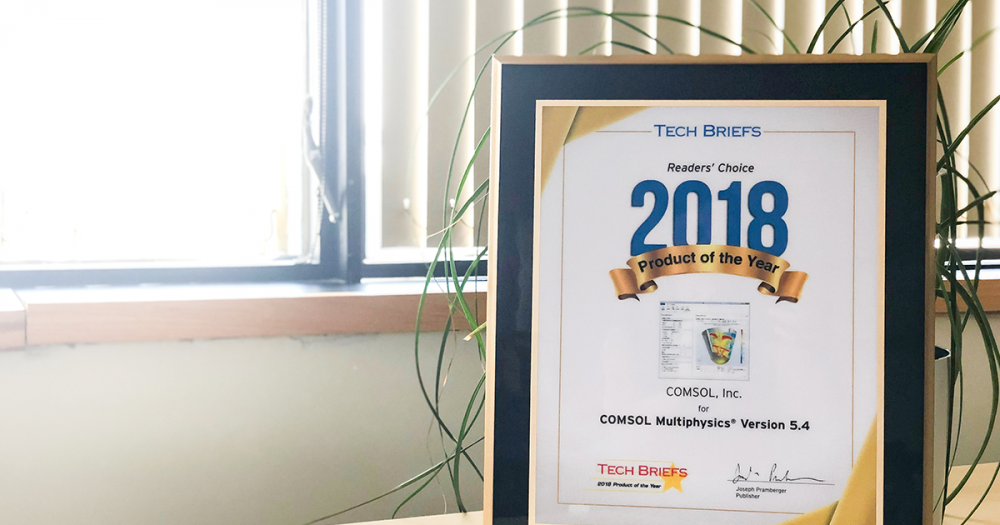 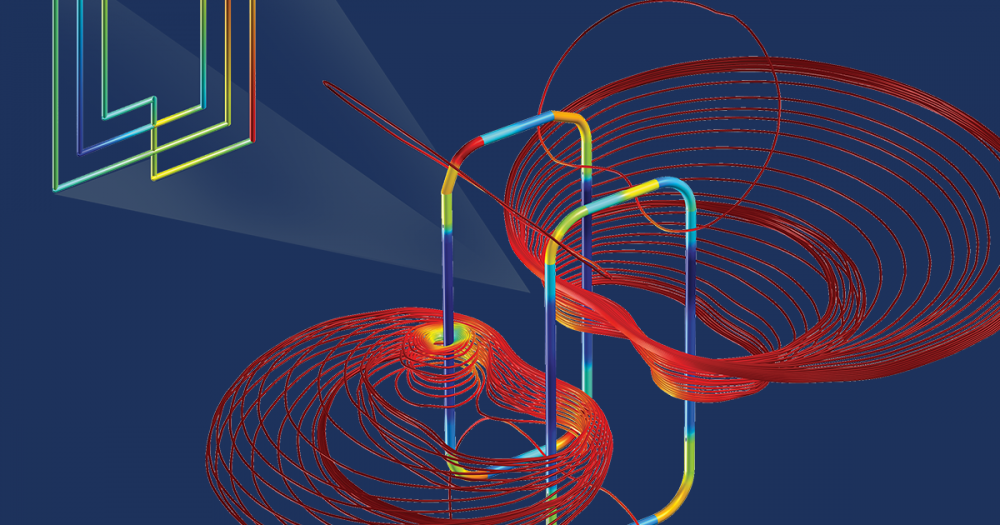