Andrew Fielding Huxley was born into a prestigious family on November 22, 1917, in Hampstead, London. His father was a respected writer, his grandfather was a scientist, and his two half-brothers were both very successful in their careers. For some, this might sound intimidating, but not for Huxley. He took his family name and gave it prominence in the world of physiology. Huxley’s research is one of the key contributors of why we understand the nervous and muscular systems today.

When we’re young, certain gifts can shape us into who we want to become in life. Someone might be given a toy firetruck and realize they want to be a firefighter, or receive a children’s cooking set and decide they want to be a chef. When Huxley was just 12 years old, he received one of these foreshadowing gifts. It was a lathe, a tool used for shaping wood or metals, given to him by his mother, Rosalind Bruce. With this lathe came the possibility of creation. Huxley’s future inventive career started to bloom from that moment on. 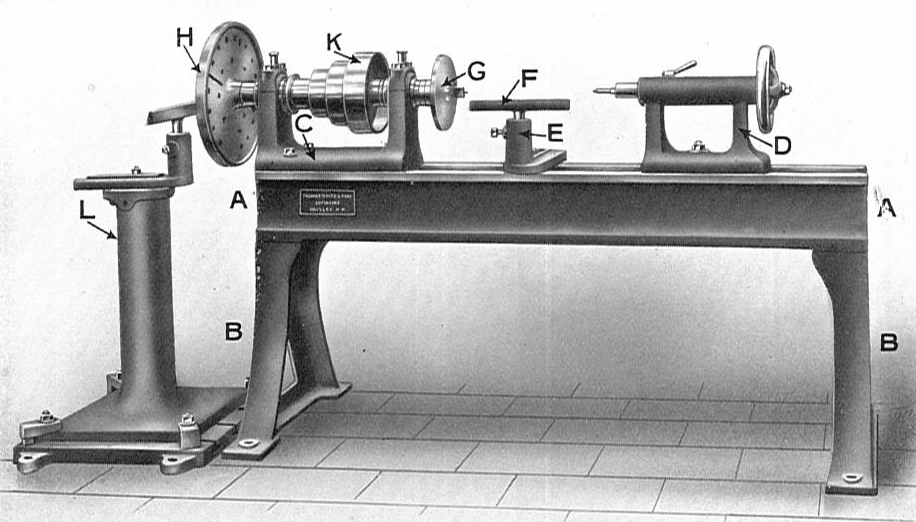 A photograph of a lathe. This work is in the public domain in its country of origin and other countries and areas where the copyright term is the author’s life plus 70 years or less, via Wikimedia Commons.

Early into Huxley’s academic career, he followed in his father’s footsteps and studied classic literature. However, Huxley soon realized that science was his real passion. In 1935, he began his first year at Trinity College, Cambridge, England, with the intention of studying physical science. Huxley filled his schedule with courses relating to this subject. By chance, he also picked up a physiology class due to an academic requirement. Little did he know, this last-minute decision would be a stepping stone into his future career. Huxley gained inspiration from the hardworking individuals in the Physiology department, which solidified that he wanted to work in this field.

The Foundation of the Hodgkin–Huxley Model

In 1939, a year after graduating from Trinity College, Andrew Fielding Huxley reconnected with Alan Lloyd Hodgkin. The pair originally met in the Physiology department while Huxley was a student at Trinity and Hodgkin was a research fellow. Huxley began working with Hodgkin as his postgraduate student. The dynamic duo focused their research on the electrical nature of nerve impulses, or action potentials. If you’ve ever accidentally run your hand through a boiling hot faucet (ouch!) and removed it at lightning-quick speed, nerve impulses are to thank.

Huxley and Hodgkin started their research journey in the Marine Biological Laboratory in Plymouth, England. Conducting experiments and recording nerve impulses is extremely intricate work. In order to get the most efficient results, they tested a squid’s giant nerve fiber. They inserted an electrode into this fiber, which allowed them to record the changes in electrical force used during each nerve impulse. Right when their research started to take off, they had to put it on hold. World War II began and their brilliant minds were needed to help out with the war efforts.

The pair’s work at the laboratory was far from over. In 1946, after the war, a determined Huxley and Hodgkin picked up where they left off. This time around, Huxley heavily relied on his mathematical skills to help expedite their research. After years of trial and error, Huxley came up with equations to help explain how action potentials occur in cells, known as the Hodgkin–Huxley Model. According to The Nobel Prize, Huxley and Hodgkin found electrical charges occur in nerve impulses due to sodium ions and potassium ions moving in reverse directions through a cell. Their research during this time earned them a share of the Nobel Prize in Physiology or Medicine in 1963.

A complete set of the Hodgkin–Huxley model equations.

Huxley still had a hunger to learn more. As one research chapter closed, he was already onto the next page. This time around, he wanted to learn more about an equally challenging topic: the science behind muscle contractions. Since all great research comes from collaboration, he worked alongside physiologist Rolf Niedergerke. For this research, Huxley used his inventive nature to build his own interference microscopes to more easily view muscle movements in frogs. In 1954, Huxley and Niedergerke introduced the sliding filament theory, which explains that muscle contractions are a result of the movement from muscle proteins. Thanks to this universally accepted theory, we now have a better understanding of the muscular system today.

Throughout Huxley’s career, he held multiple positions in higher education. His passion for physiology always stuck with him. In 1960, he became head of the Physiology department at the University College London. From 1984 to 1990, Huxley returned to his roots and became a Master at Trinity College. He also became a fellow of the Royal Society in 1955, later becoming president in 1980. 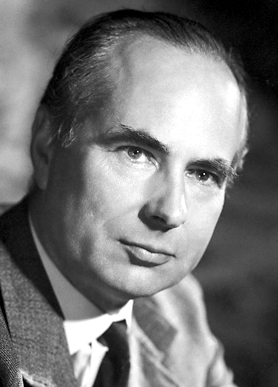 Besides his contributions to researching the nervous and muscular systems, Huxley left us with an important lesson: Results take time, and persistence is key. The conclusions he found in his research occurred over years of detailed work. He never stopped learning from the people and world around him. Huxley passed away in 2012, but is remembered as a brilliant leader in the field of science.