Batman and Robin. Gin and tonic. Carl Zeiss and Ernst Abbe? Although you may not have heard of that last duo, their collaboration led to advancements in the development of microscopes and optical lenses. This 19th-century story — involving a picturesque German town, microscopes, and a hammer and anvil — also demonstrates what can happen when empirical research and theory come together. Imagine the possibilities when simulation is brought in…

Carl Zeiss was born into an affluent and artistic family in 1816 in Weimar, Germany. After completing school, Zeiss worked as an apprentice to Friedrich Körner, a well-known court mechanic and lecturer in the small German town of Jena. Under Körner, Zeiss was free to follow his interests and study mathematics and natural sciences. He then moved on to work in mechanical engineering and as a traveling salesman, which took him all over the country. 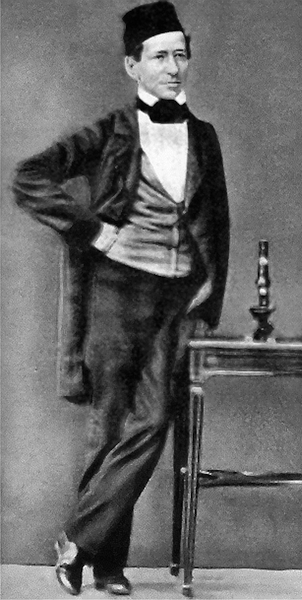 A portrait of Carl Zeiss. This work is in the public domain in its country of origin and other countries and areas where the copyright term is the author’s life plus 70 years or less, via Wikimedia Commons.

Around this time, Matthias Schleiden, a biologist, developed the well-known theory that all life is made up of cells. Suddenly, biology was booming and microscopes were the tool du jour that everyone needed. However, microscopes were expensive, and the images of cells that they were able to produce weren’t very good. Schleiden was familiar with the work of Körner and knew Zeiss’ former mentor could make more affordable microscopes that worked just as well as what was already on the market. They struck up a working relationship. 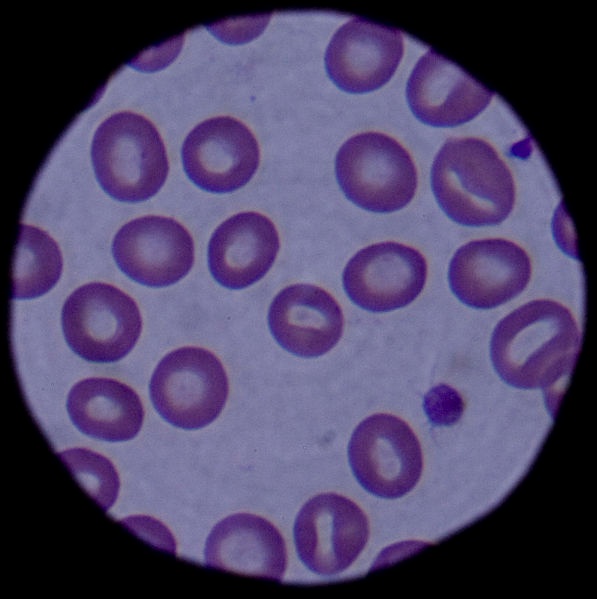 Blood cells seen through a modern microscope. During Zeiss’ time, the importance of cells was still a relatively new sentiment. Image by U.S. Air Force photo/Airman 1st Class Laura Max — United States Air Force. This image or file is a work of a U.S. Air Force Airman or employee, taken or made as part of that person’s official duties. As a work of the U.S. federal government, the image or file is in the public domain in the United States. Image via Wikimedia Commons.

When Zeiss had enough of life on the road, he returned to Jena and spent his days observing the day-to-day life of natural scientists. Although he didn’t have an extensive background in theoretical science like they did, his observations enabled him to get a better understanding of their needs when it came to equipment. This proved helpful to Körner’s efforts for microscope production.

In 1846, Zeiss opened a precision mechanics workshop, where he continued the production of basic microscopes upon Körner’s death. Zeiss quickly earned a good reputation among the scientific community for producing microscopes with his own unique design and style.

Carl Zeiss’ laboratory was unique, to say the least. Known as a perfectionist, Zeiss would destroy subpar microscopes in front of the entire factory using a hammer and anvil. However, he was also extremely generous to his workers — even by modern standards. Although they worked over 12-hour days, employees were offered free healthcare on company premises, paid sick time, and severance pay — benefits that were unheard of at the time.

A Magnified Need for Improved Microscopes

Basic microscopes rely on only angular magnification in order to see the object under study. Compound microscopes, as the name implies, contain two or more lenses. An objective lens, close to where the object under study is placed, collects light, which focuses a real image inside the microscope. This image is then magnified by another lens called the eyepiece. The viewer gets an enlarged, inverted image of the object at a much higher magnification than with a basic microscope. 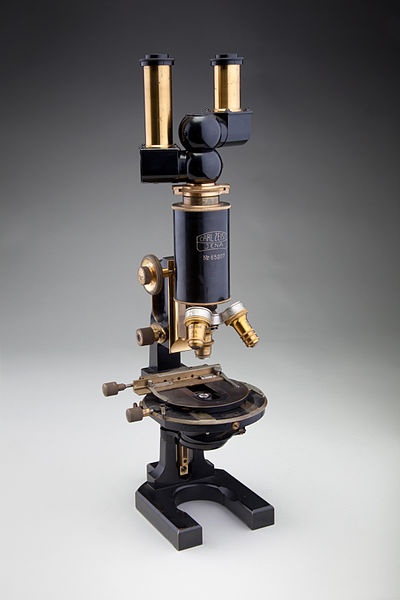 Matthias Schleiden wrote about how compound microscopes are needed to advance the study of biology, and Zeiss was up to the task. However, he was reluctant to design something when he didn’t fully understand the physics behind it. The inner workings of a basic microscope are easy to understand, even to a nontechnical person, but compound microscopes involve more optical theory.

Although Zeiss had a background in mathematics and science, he needed to join forces with an optical scientist.

Ernst Abbe Is Added to the Equation

Born in 1840 in Eisenach, Germany, Ernst Abbe came from humble beginnings (unlike Zeiss) and worked as a lecturer at the local university. Abbe was only 26 years old when he began to collaborate with Zeiss, but they likely had already crossed paths with each other, since Jena was such a small town at the time. 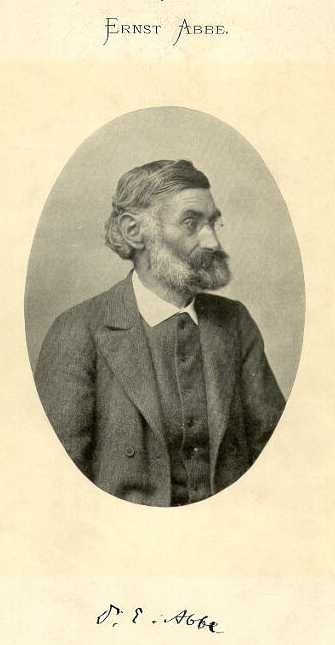 A portrait of Ernst Abbe. This work is in the public domain in its country of origin and other countries and areas where the copyright term is the author’s life plus 70 years or less, via Wikimedia Commons.

Abbe helped Zeiss by applying analytical theory to the design of his microscopes. His contributions, including the Abbe sine condition and wave characteristics of light, are still useful in the study of optics and Fourier optics.

Moving Forward in Microscopy at the Carl-Zeiss-Stiftung

Due to the boom in biological research, many of Zeiss’ competitors harped on his trial-and-error approach and criticized his designs for being too basic. Researchers wanted microscopes that could produce higher-quality images. Abbe found the theoretical limits to Zeiss’ designs, but the materials that were available at the time made it impossible to design a microscope that could come close. The team needed a leg up in the market…

A doctoral alumnus of Jena’s local university came to the rescue. Otto Schott, a chemist, helped Zeiss and Abbe develop better optical glass for the microscopes, which enabled them to produce higher-quality, clearer images. This special new optical glass enabled Zeiss to produce the most advanced microscopes in the world. In thanks, Schott was provided with his own glassworks lab that is still in operation today.

A Lasting Legacy from Jena

At the height of operation, Carl Zeiss’ workshop employed more than 250 people and had manufactured over 10,000 microscopes. Unfortunately, Zeiss passed away around this time. Ernst Abbe took over the company and led it forward according to Zeiss’ vision. Today, Zeiss, Inc., is known as a leading developer of camera lenses, and the once small and academic town of Jena is now a hotbed for photonics and optics R&D.

The tale of Zeiss, Abbe, and their microscopes highlights an important journey from empirical studies to analytical calculations. Zeiss’ workshop started as a trial-and-error operation in which prototypes of bad designs were destroyed by hand before starting over. With the help of Abbe, advanced compound microscopes could be designed using optical theory to ensure the best possible performance.

The next stage in the journey? One possibility is ray tracing software, in which ray trajectories in optically large systems can be visualized and analyzed in order to develop new and innovative microscope designs. The COMSOL Multiphysics® software and add-on Ray Optics Module make this possible. For instance, the Double Gauss Lens tutorial model demonstrates how the COMSOL® software can be used to simulate a design that was first developed by an optician at Zeiss, Inc., in Jena in 1897. 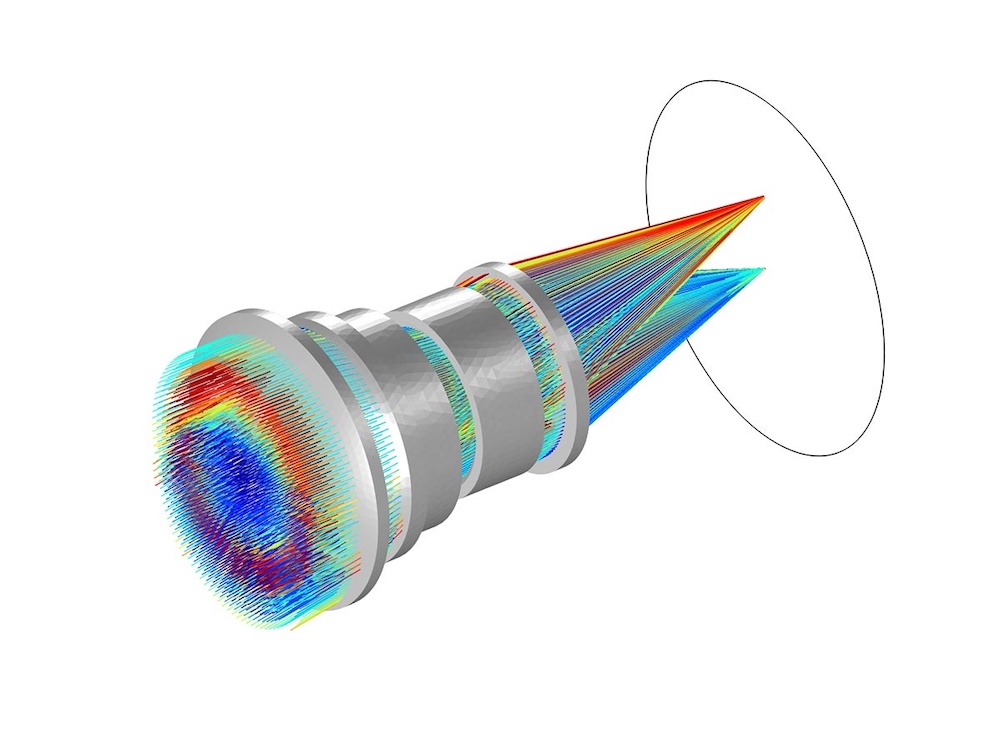 STOP analysis, which analyzes the structural, thermal, and optical performance of a device, is another example in which multiphysics simulation is valuable. Various models in COMSOL Multiphysics include glass from the built-in Schott catalog — sound familiar? — which also includes glasses from various other manufacturers. For instance, the Schott Thermo-Optic dispersion model is demonstrated in the Petzval Lens STOP Analysis tutorial. 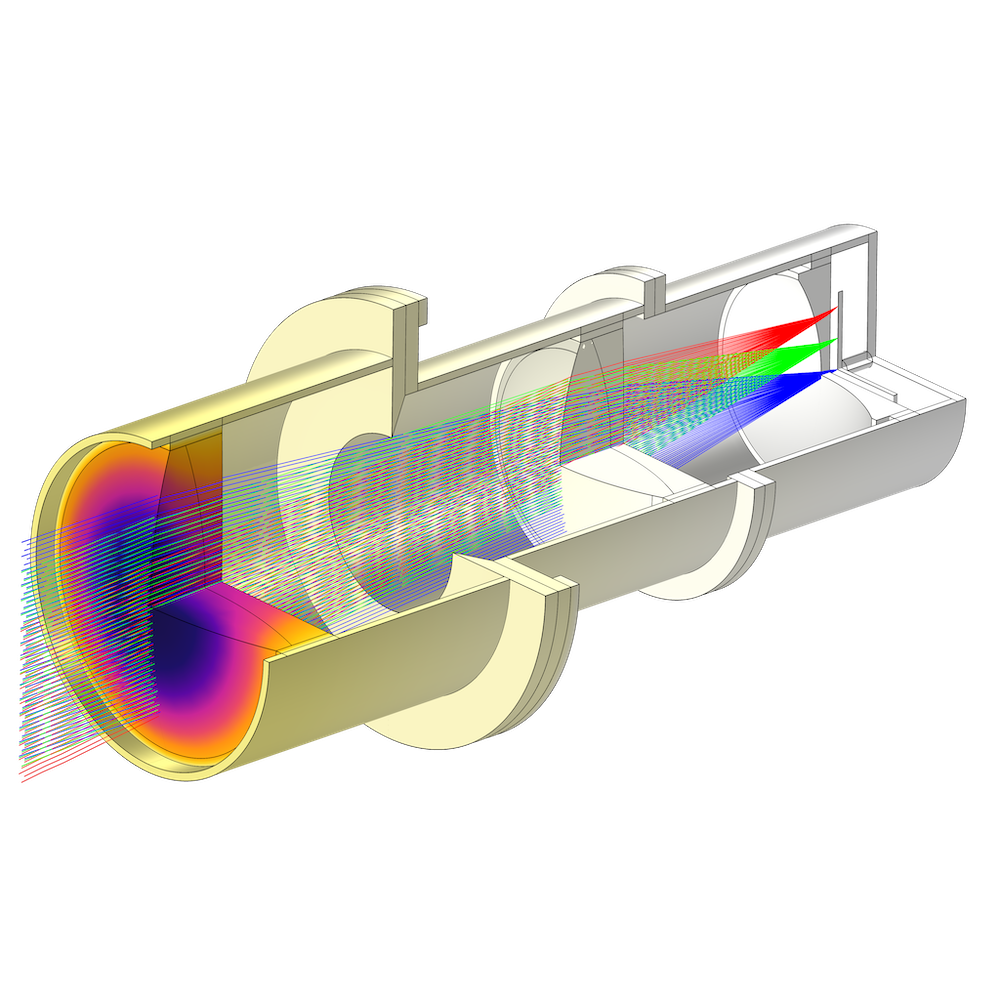 A STOP analysis of a Petzval lens model.

The story of Zeiss, Abbe, and their microscopes is just one example of how empirical studies, analytical calculations, multiphysics simulation, and collaboration among colleagues can be combined for life-changing innovation.

Read more about Carl Zeiss in these resources:

See how the Ray Optics Module can help you simulate your own optical designs:

Show Me the Ray Optics Module