English mathematician and expert algebraist James Joseph Sylvester imagined new ways of thinking about numbers and their applications. His genius is most obvious in his cofounding of invariant theory, but he also contributed greatly to number theory, partition theory, and matrix theory. His interest in poetry and verse likely helped him in coining new mathematical terms, but it was his prolific output on proofs and elliptical functions that stole the show for his lifetime achievements.

Tripos Triumph and Other Academic Achievements

James Joseph Sylvester was born on September 3, 1814, in Liverpool, England. He spent his childhood in England with his family and was educated in both London and Liverpool. By the time he was a teenager, Sylvester was winning prizes for his work in mathematics. When he took the University of Cambridge’s mathematical tripos examination in 1837, he ranked second and should have been well on his way to graduating at the top of his class. However, he could not get a degree or an appointment there because of a religious requirement to the Church of England that would have compromised his beliefs. 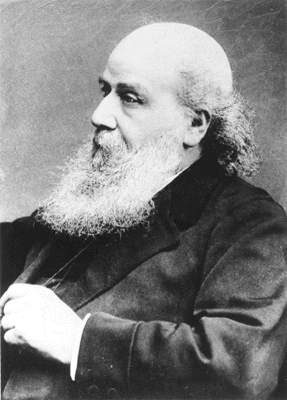 James Joseph Sylvester. Image in the public domain in the United States, via Wikimedia Commons

Despite the lack of many nonsectarian colleges at the time, Sylvester earned his degree from Trinity College, Dublin. In 1838, he was able to accept a teaching position at University College in London. The next year, when he was just 25 years old, he was chosen as a fellow of the Royal Society based on papers he had written right after his tripos exam: one on Fresnel’s theory and the other on the motion of fluids and rigid bodies. From there, he had a short stint teaching at the University of Virginia in the United States before returning to England to focus on mathematics outside of academia.

Although James Joseph Sylvester changed his career path in the 1840s, he still taught mathematics through private tutoring (with Florence Nightingale as one of his promising students). Between tutoring pupils, working as an actuary at an insurance company, and later becoming a law student and working as a lawyer, it’s a wonder he was able to have the time or energy to come up with mathematical theories — but that’s just what he did.

Partnering with his friend Arthur Cayley, who was a lawyer and mathematician as well, Sylvester began some of his most significant work in the theory of invariants. Sylvester and Cayley would often bounce ideas off each other as they each developed theorems. The two collaborated for many years (wherever they could squeeze in the time between legal proceedings) and produced contributions to both invariant theory and matrix theory as a result. This collaboration helped change the way algebraists think about math and the applications of equations. Before Sylvester and Cayley came along, many mathematicians focused on the theory of equations, but thanks to their work, people began to think about the theory of invariants and forms, as well as linear associative algebra.

While Sylvester had been successful in the private sector, his advances in math on the side led him to circle back to academics. In 1855, he accepted a position as a professor of mathematics at the Royal Military Academy, Woolwich, which he held until 1870. During his many years as a professor there, he kept busy, becoming an editor of the Quarterly Journal of Pure and Applied Mathematics and a math correspondent to the French Academy of Sciences. Also, a lecture and accompanying syllabus he gave on Newtonian algebra was published by the newly established London Mathematical Society, of which Sylvester became president in the 1860s.

James Joseph Sylvester also wrote a lot of poetry and, while his musings about algebra were often hard to follow due to his eccentric and poetic writing style, his contributions were nevertheless valued considerably by the mathematical community. To get a sense of his unique style, some of the colorful mathematical terms Sylvester coined include combiants and plagiograph, or skewn pantograph. He described mathematical factors as allotrius and multiplication as zetaic.

As a hobby, Sylvester’s love of words found him translating poetry from other languages into English. He even wrote his own book, The Laws of Verse, which was an attempt to turn some of his mathematical concepts into a more artful form with rhyming lines. The book may not have received critical acclaim, but it’s safe to assume he had fun writing it. His more well-known book, Treatise on Elliptic Functions, is treasured by mathematicians the world over, on top of the many papers he wrote during his lifetime.

Having broken new ground in theories like partitions and Diophantine analysis, he continued to gain the recognition of his peers, becoming president of the London Mathematical Society in 1866. Several years later, Sylvester took yet another teaching position as the professor of mathematics at Johns Hopkins University in Baltimore, Maryland. While there, he founded the American Journal of Mathematics in 1878. Then, in 1883, he returned once more to England where he taught geometry to bright young minds at Oxford University.

In addition to James Joseph Sylvester’s many appointments as a professor at various schools, he received a number of honorary degrees as well as the Royal Medal in 1861 and the Copley Medal in 1880 for his contributions to algebra. 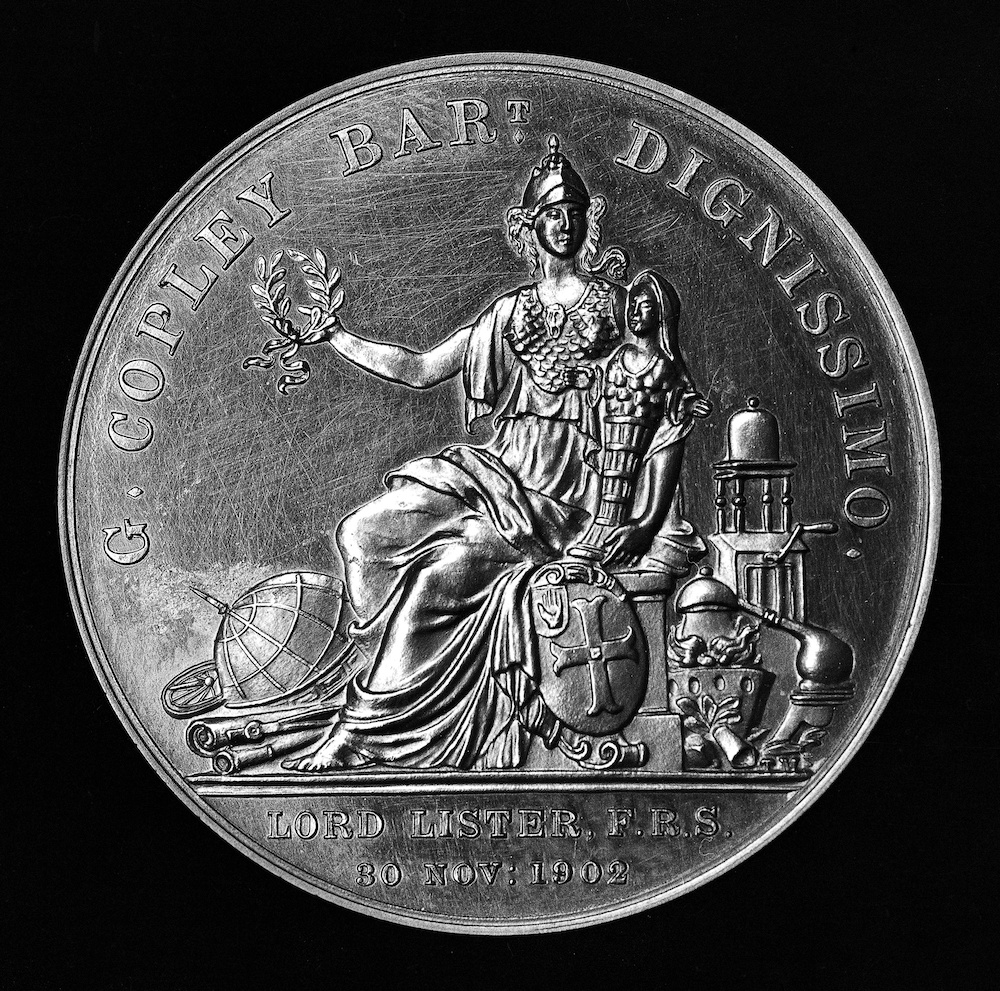 An example of the Copley Medal, circa 1902. Image via Wikimedia Commons and licensed under CC BY-SA 4.0.

Sylvester’s problem and Sylvester’s determinant identity are named after him, and posthumously, the Sylvester Medal was instituted by the Royal Society of London and given out each year to recipients dedicated to mathematical research. Further, Johns Hopkins University named a dormitory in his honor.