Look, smile, click! When we show our faces to the world, we expect to be seen by cameras. Our culture of point-and-shoot portrait photography has roots reaching back to 1840, when Joseph Petzval introduced a lens design that could gather more than 20 times as much light as lenses used in previous cameras. This meant that photos that had previously required 10-minute exposure times could now be taken in 30 seconds or less. A glimpse of a person’s gaze could be captured forever, and the age of photographed life had truly begun.

The Triumphs and Frustrations of Joseph Petzval

Born in Hungary (in a region that is now part of Slovakia) on January 6, 1807, Joseph Petzval came from a talented family. His father was a music teacher and composer who held two patents for mechanical designs. Young Petzval earned degrees in engineering and mathematics at the Institutum Geometricum in Buda, where he was employed by the city government as a civil engineer. 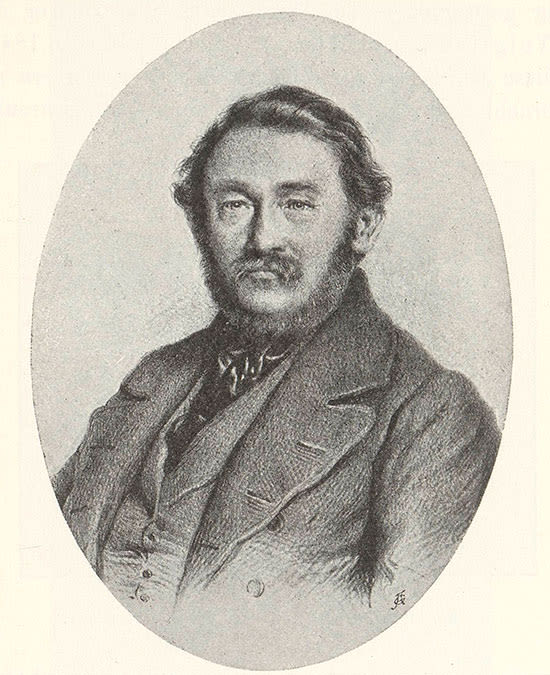 A portrait of Joseph Petzval. Image in the public domain via Europeana.eu.

In 1837, Petzval was appointed chair of mathematics at the prestigious University of Vienna. Even as he taught algebra and pursued theoretical research in optics, he founded a workshop where he could refine his practical lens-making skills. It was here, in 1840, that Petzval developed and optimized his portrait objective lens design. The Petzval lens could produce clear images from much shorter exposure times than the lenses used in Louis Daguerre’s pioneering camera of 1839.

Also in 1840, manufacturer Peter Wilhelm Friedrich von Voigtländer paid 2000 guldens to Petzval for the right to produce his lenses commercially. It was an arrangement that Petzval would come to regret. Voigtländer would make a fortune by selling thousands of Petzval lens cameras, but Petzval himself received no further compensation. Despite this frustration, he continued pursuing both practical and theoretical research into optical systems and phenomena.

Sadly, Petzval’s home was robbed in 1859, and much of his work, including a draft manuscript of an optics textbook, was destroyed. He continued teaching until 1877, after which he lived reclusively until 1891.

A Pioneer of Computational Optics Research

Along with his revolutionary portrait objective lens, Joseph Petzval designed opera glasses, binoculars, projectors, and other optical instruments. These achievements were founded on his groundbreaking theoretical work. In an era when optical devices were typically refined through experience and intuition, Vienna-based Petzval (a trained mathematician) optimized his designs with computational analysis. 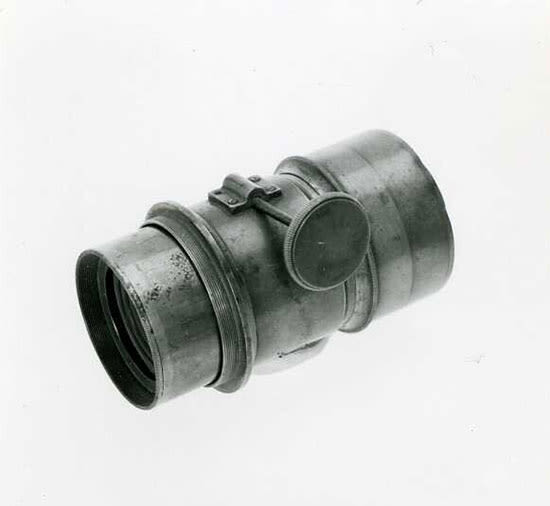 A Petzval lens assembly housing, which would be installed inside a camera. Image is licensed under CC BY-SA 4.0, via Europeana.eu. 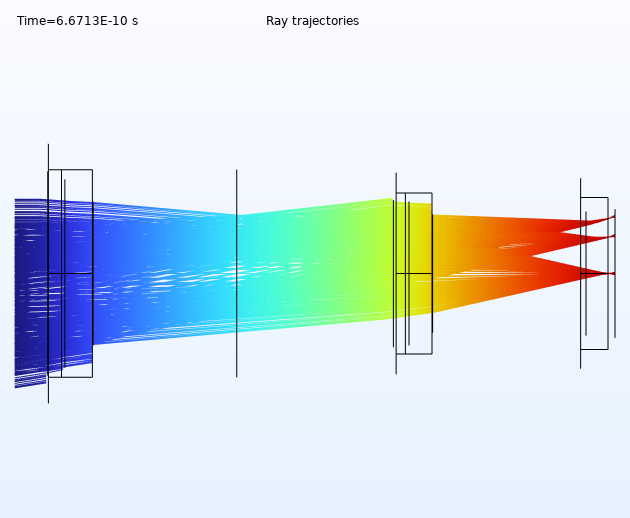 To help perform the mathematical labor for his lens design project, Petzval brought in a team of Austrian army artillery officers. They had been trained to calculate trajectories for cannonballs; such advanced math skills were rare 180+ years ago!

The Lasting Legacy of Joseph Petzval

Petzval lens assemblies are still used for astronomy and other applications, and his work as a researcher and theorist lives on as well. For example, the curved image plane of an unadjusted optical system is known as the Petzval surface. And of course, by enabling the growth of portrait photography, he helped change how we see the world and ourselves. To celebrate, we can smile, say “cheese!”, and wish Joseph Petzval a happy birthday!