The process of quenching a red-hot metal object in a cool liquid bath is simple in practice, but highly complicated when creating a simulation. There are several phases of liquid quenching, and here we will focus on the initial phase: film boiling. In the accompanying video, COMSOL Certified Consultant AltaSim Technologies details the steps taken to model a nickel superalloy puck that is quenched in a tub of oil.

What Film Boiling Is

If you already know what film boiling is, skip ahead to the video. If you don’t, read on for a brief explanation. The scientific effect of film boiling is credited to Johann Leidenfrost, a German doctor and theologian, who mentioned the effect in his book A Tract About Some Qualities of Common Water. Film boiling, also known as the Leidenfrost effect, describes the phenomenon of a cool liquid coming into contact with a metal that is at a temperature much higher than the liquid’s boiling point. When the liquid touches the metal, a vapor forms between the liquid and metal, protecting the liquid from evaporating completely. This phenomenon is most commonly seen when a droplet of water “dances” across a hot pan, evaporating at a slower rate than if the pan were at a temperature closer to that of water’s boiling point.

In the video below, AltaSim Technologies describes a model that is the inverse of the example given above. Here, a nickel superalloy that is heated to over 1,050°C is plunged into an oil bath, and is rapidly cooled. A vapor layer forms along the edges of the metal puck, and the bubbles that are formed rise to the surface, exiting the system. Four different physics interfaces are used: Heat Transfer in Solids for the metal puck, Heat Transfer in Fluids for the oil bath, Turbulent Bubbly Flow for the bubbles formed, and a custom General Form Boundary PDE (“PDE” stands for partial differential equation) to approximate the mass, momentum, and energy transfer in the vapor layer.

Complex material science is one specialty of AltaSim Technologies. This is evident in the video by how they used temperature-dependent materials and variables based on the results of the General Form Boundary PDE physics interface. Experienced in using COMSOL Multiphysics, AltaSim engineering analysts are also experts in heat transfer, computational fluid dynamics (CFD), fluid-structure interaction (FSI), and more. To learn more about this founding member of the COMSOL Certified Consultants program, check out the AltaSim Technologies Certified Consultants page or tune into Kyle Koppenhoefer’s guest blog posts. 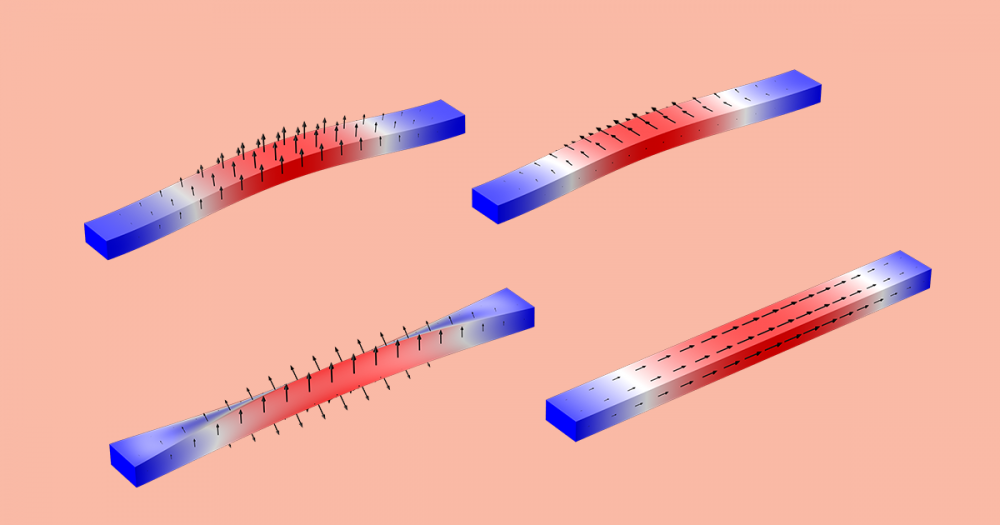 How to Analyze Eigenfrequencies That Change with Temperature

Finding Answers to the Tuning Fork Mystery with Simulation

Hello,
Can someone help me with the needed PDEs on the boundary conditions to approximate the momentum energy. I went through some literature to find the right equation, but I couldn’t find it.