The Physics of Sailing, a CFD Analysis

Of all boats, I find sailboats to be the most fascinating, especially when sails are their only means of propulsion. Kinetic energy is transferred from the wind to the sails, which results in a lift force that balances drag forces and allows the sailboat to move through the water. We are all familiar with the parts of a boat above the waterline: deck, spars, sails, and the rudder used to turn the boat (figure 1c). Not everyone pays attention to what is under the hull though. An often overlooked part is the keel (figure 1d), a weighted vertical fin placed at the bottom of the boat. Its weight reduces heeling by providing a righting moment that allows the sails to work efficiently and makes it very difficult to tip the sailboat and capsize it. It also performs another fundamental function that we’re going to investigate here as we dive into the physics of sailing. When the wind is coming from the side of the boat, something is needed to impede excessive slide-slipping, and this “something” is the keel. Let’s take a look at figures 1a and 1b, where the forces acting on a sailboat moving at constant speed and course are depicted.

The mainsail acts like an asymmetric wing moving through the air. The generated lift force has two components: one lifting the sailboat forward, and another responsible for the sailboat to drift downwind. The keel acts like a symmetric wing moving through the water at an angle of attack because of the downwind drifting due to the mainsail. A lift force is also generated in this case with its main component counteracting the downwind drifting motion. When all forces acting on the sailboat balance each other, the sailboat is still drifting downwind but only slightly, thanks to the keel. Such a sidle motion is called leeway. Sailboat designers thereby face a paradox (Hunter & Killing): they need to allow it to have some leeway, in order for the keel to have an angle of attack and to generate the lift needed to oppose leeway.

Keel design has evolved to take advantage of wing theory and computational fluid dynamics (CFD) analysis. The current trend for recreational sailboats is to have a not-too-deep, narrow keel with a bulb with elliptic edges at the bottom. Such a design delivers the proper amount of righting moment and minimized reduced drag. As a CFD buff, I often ponder the physics of sailing when I’m out on the water. It’s in that spirit that I have performed a CFD analysis of a bulb keel, and I’d like to share the results with you.

Physics of Sailing: CFD Analysis of a Bulb Keel

The bulb keel geometry used for the CFD analysis has an elliptic cross section and is shown in figure 2. Water velocity is set to 5 knots, about 86% of the hull speed for a 19-foot sailboat, and is at a 45° angle with the bulb keel, which means that the sailboat is sailing upwind at an angle of about 30° (figure 1b). I’ve built the geometry directly in COMSOL Multiphysics and used the CFD Module to take advantage of its turbulent flow modeling capabilities.

The goal of the simulation was to observe in detail the fluid flow around the keel, determine pressure and total stress distribution, observe vortex formation responsible for induced drag, and find generated lift and its center of pressure. Simulation results are shown in the figures below. 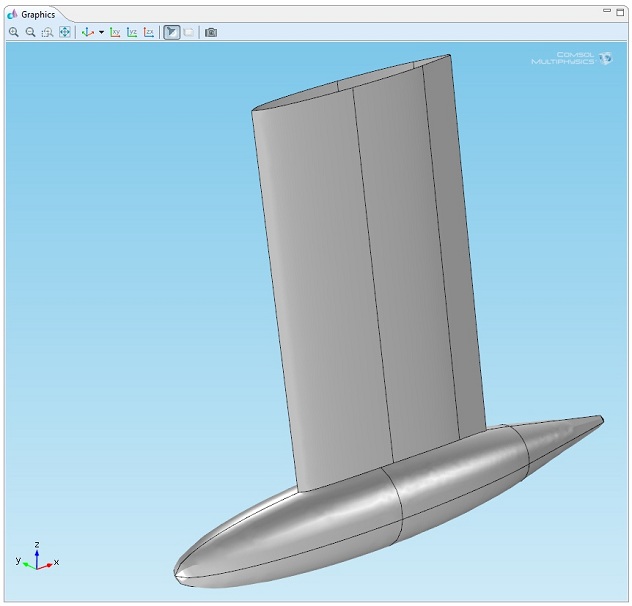 Figure 3. Velocity isosurfaces. Views: port side (image in the left) and starboard (image on the right) side. Figure 4. Pressure distribution. Views: port side (image on the left) and starboard side (image in the right). 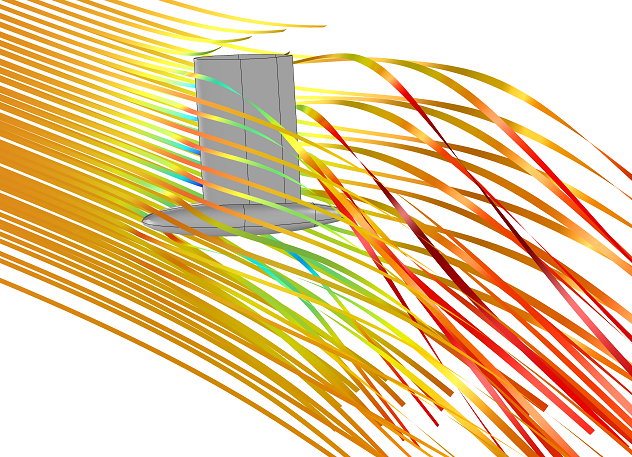 Designing a sailboat is a challenging task, an art that requires engineering skills and the best simulation software. Would an almost 450 pounds-force of generated lift be enough to provide my sailboat with the right amount of leeway and heeling? A lot depends on the choice of rudder, hull, and sails. Next time I go sailing in the Boston harbor, I’ll take a closer look at the sailboats available at Courageous Sailing Center. The next step in exploring the physics of sailing is to add a rudder to my simulation.

Hello, I have a question for you, how did you calculate the position of the center of pressure?