Thanks to their ability to “tune out” specific frequencies, electromagnetic band gaps (EBGs) are found in many different applications. EBGs can suppress unwanted electromagnetic interference (EMI) and increase electromagnetic compatibility (EMC). These structures are commonly used between nearby antennas, which can help minimize undesirable coupling and thereby enhance their performance. However, using an EBG isn’t always a guarantee for better antenna isolation. To analyze the effectiveness of an EBG, engineers can use the COMSOL Multiphysics® software and add-on RF Module.

EBGs are periodic structures that pass or stop electromagnetic waves at certain frequency bands, a useful ability for a wide range of applications. Some examples include increasing the isolation between antenna arrays in high-frequency designs, improving the signal-to-noise ratio in high-precision GPS, and acting as a band reject for ultrawideband devices. Similar to frequency selective surfaces, these band gaps also help to reduce issues from EMI as well as improve EMC for high-speed communication systems. In addition, the shielding property of these structures could potentially be used to reduce the specific absorption rate from mobile phones in the human brain. 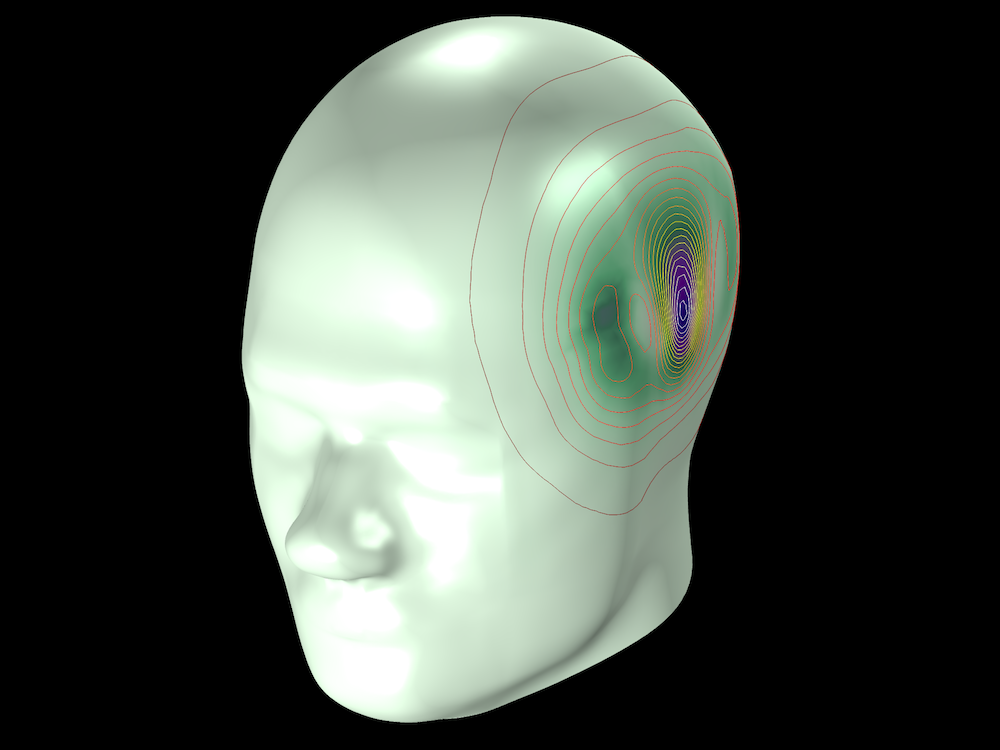 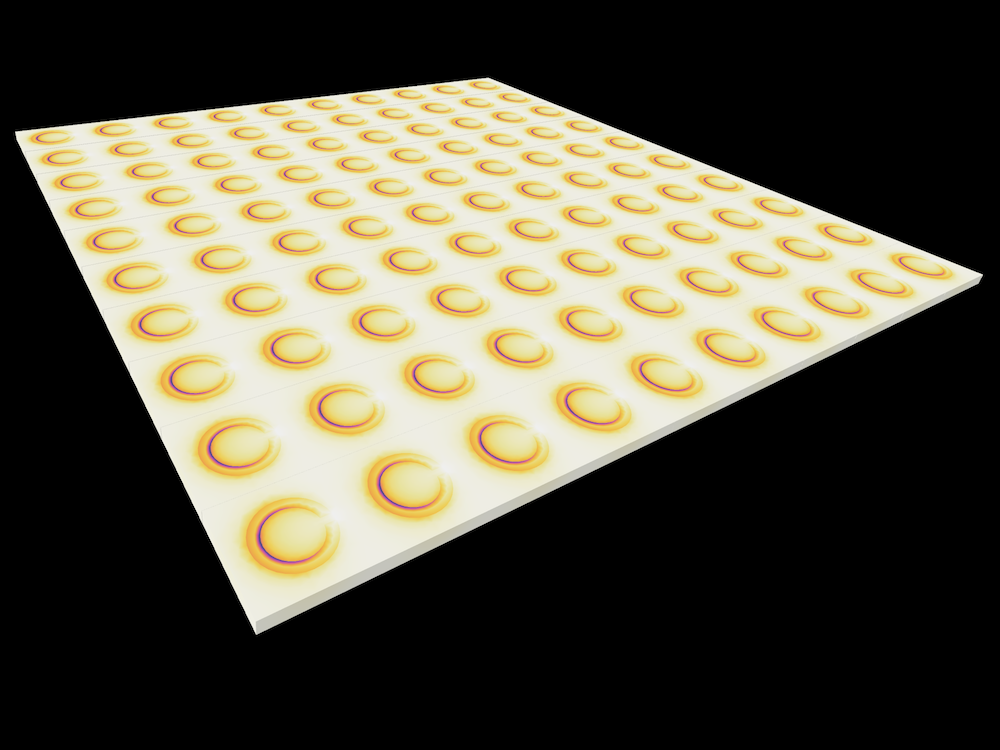 The typical process for designing EBGs for these and other applications includes the following steps:

However, there’s a problem with this approach: The properties of an EBG are slightly different in a finite space as compared to an infinite space. Since applying the wrong frequency, polarization, or coupling plane configuration can increase the unexpected coupling between antennas, it’s important to analyze EBG structures in real space…

To examine the decoupling effect of an EBG structure, you can use the RF Module and COMSOL Multiphysics. To start, it’s important to simulate antennas without a band gap, as this provides a baseline for the performance of an antenna with a band gap. EBGs are usually placed between antenna arrays, but for simplicity’s sake, only two antennas are included here. The antennas are made of metal strips that are fed by a coaxial cable and sit above a dielectric substrate and a ground plane. While these antenna elements aren’t exactly typical, they highlight the effectiveness of the isolation from the EBG structure. 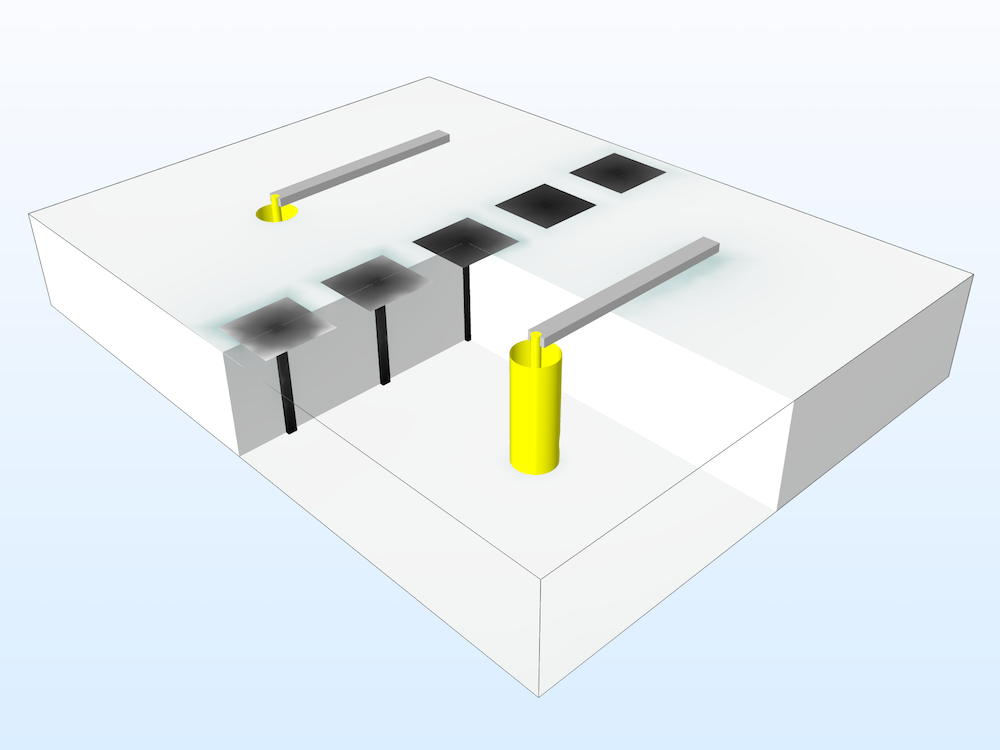 Geometry of the EBG model.

After running the model with just antennas, it’s time to add the EBG. The structure has a band gap centered at 1.85 GHz and consists of what look like small metallic mushrooms. One row of these “mushrooms” is placed between the antennas. Note that this model is run over a range of frequencies around the band gap to visualize the change in S21, which describes the amount of coupling between two ports connected to each end of the coaxial cables. Observing this S-parameter helps to determine the receiving antenna isolation from the excited source antenna.

First up are the results for the frequency response of the coupling between the two antennas. As can be seen below, the isolation measured from S21 is much better when adding the EBG. While the band gap (2.2 GHz) is not quite at the frequency determined by the analysis (1.85 GHz), this is likely because only one row of EBG structures is used. 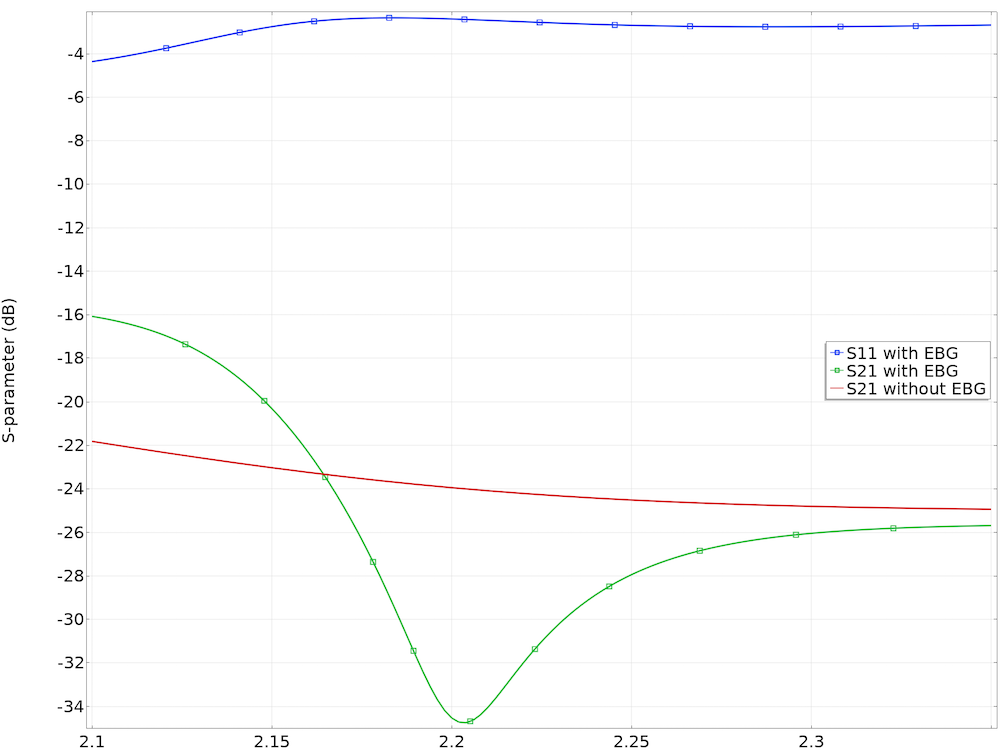 The frequency response of the coupling between antennas with and without the EBG.

With the EBG, the coupling is actually stronger in some areas of the frequency band and the decoupling bandwidth isn’t as wide. The decoupling center frequency and bandwidth depend on the coupling plane configuration with respect to the polarization as well as the number of EBG elements — so, as we can see from this example, including an EBG doesn’t always increase isolation. 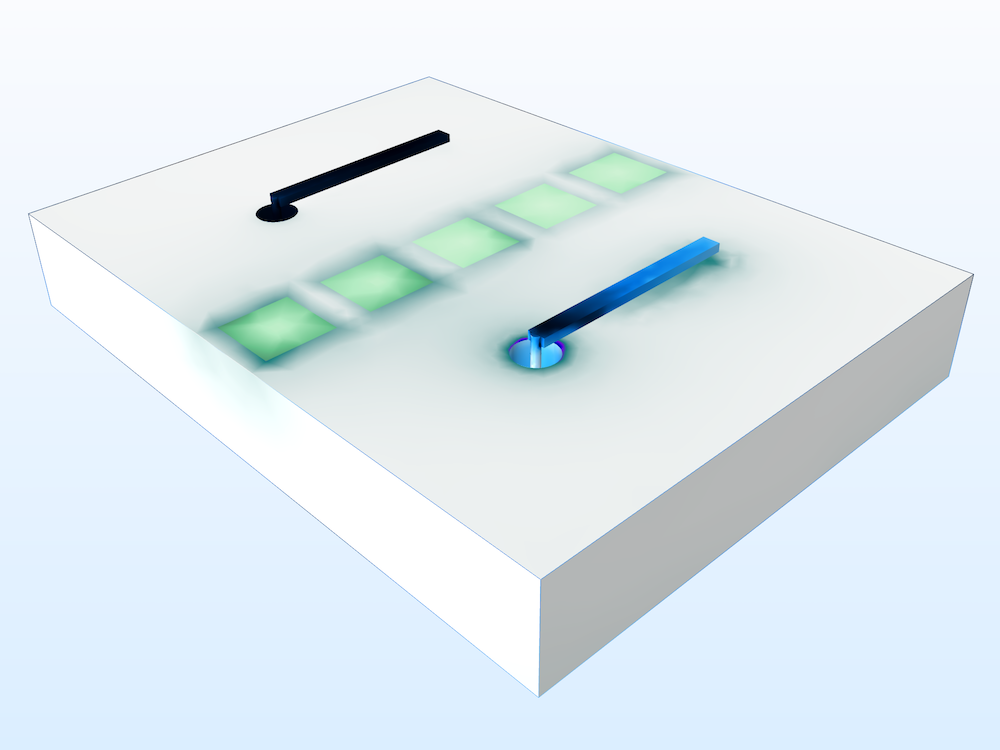 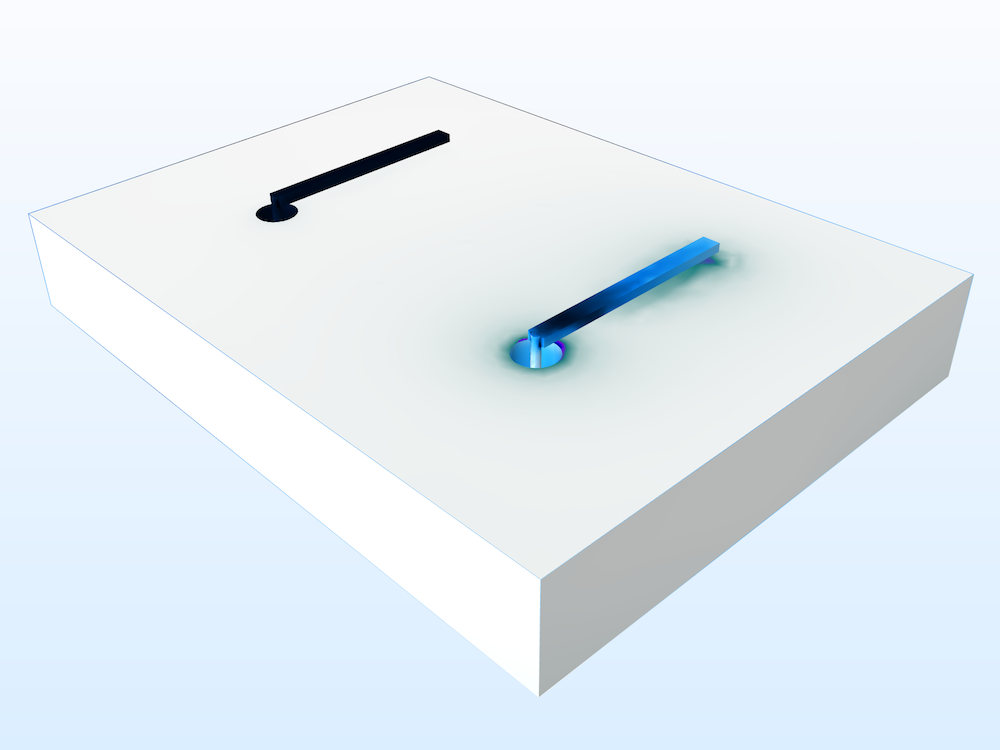 The electric field around the antennas with (left) and without (right) the EBG structure.

With RF simulation, engineers can gain valuable insight into the effectiveness of an EBG structure in suppressing a surface wave and decoupling antennas. Using this information, they can then optimize the structure’s design for a specific application.

Interested in trying this model for yourself? Click the button below to head to the Application Gallery, where you can find the tutorial documentation for this example.