Many of us have a weakness for potatoes in any form: fried, mashed, tater-totted. Recently, I came across another plant-based milk substitute that made me wonder: Would I ever drink a potato? The plant-based food industry has exploded in popularity over the past few years. Let’s discuss some of the scientific considerations when producing convincing plant-based swaps for meat, milk, and eggs.

Got (New Kinds of) Milk?

A milk substitute made from potatoes hit grocery shelves in Sweden in early 2022. Potato milk is just one cow’s milk alternative in a long list:

Why do we need all of these alternatives to traditional cow’s milk? Consumers are changing their preferences at increasingly high rates: sales for oat milk in the U.K. rose 71% between 2017 and 2018; for almond and coconut milk, it was 10% and 16%, respectively. 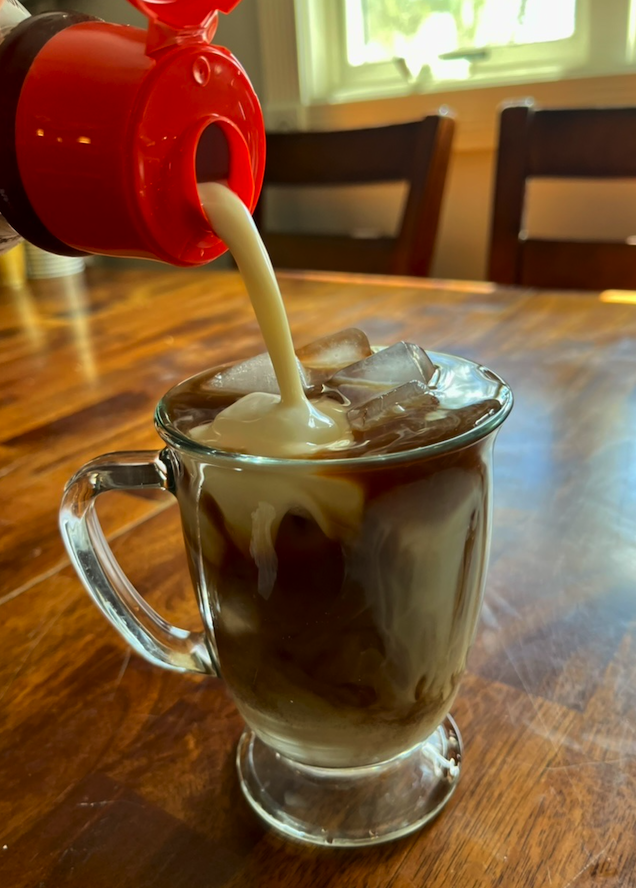 Oat milk in a glass of iced coffee.

The growing popularity of plant-based milks can be explained by a few different reasons.

For one, they are an alternative to cow’s milk for people with allergies and lactose intolerance (which, according to the National Institute of Diabetes and Digestive and Kidney Diseases, is experienced by an estimated 68% of the world!), as well as those living with high cholesterol.

There are also environmental concerns: Manufacturing plant-based milk is a more environmentally friendly process than producing cow’s milk on a large scale. Raising livestock causes more pollution and greenhouse gas emissions than the production of plant-based food, uses more water and land, and can lead to a decrease in Earth’s biodiversity. (To learn more about these concerns, check out this paper.) Hand in hand with this concern is that of animal welfare. 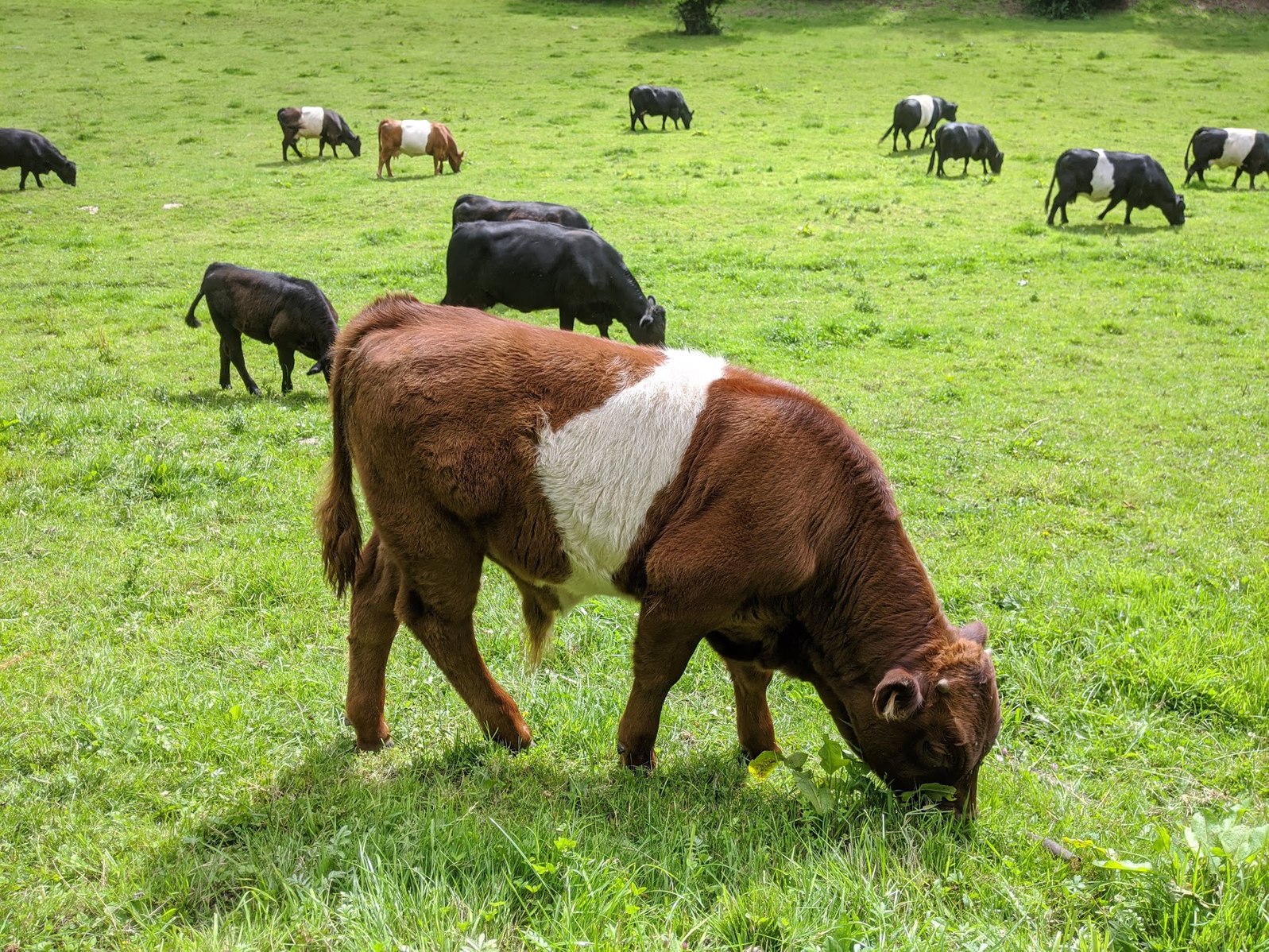 The welfare of animals involved in factory farming is a growing cause for concern among consumers. Image by 01234lukeorom — Own work. Licensed under CC BY-SA 4.0, via Wikimedia Commons.

When these new types of milk became widely available, there were a few common complaints: “Beany” or “painty” flavors in the milk are caused by lioxygenase activity in these mixtures. Also, large, insoluble particles can lead to a chalky mouthfeel — yuck! This is my personal pet peeve, as it causes some plant-based milks to “split” in hot or iced coffee, causing little particles of the milk to form. 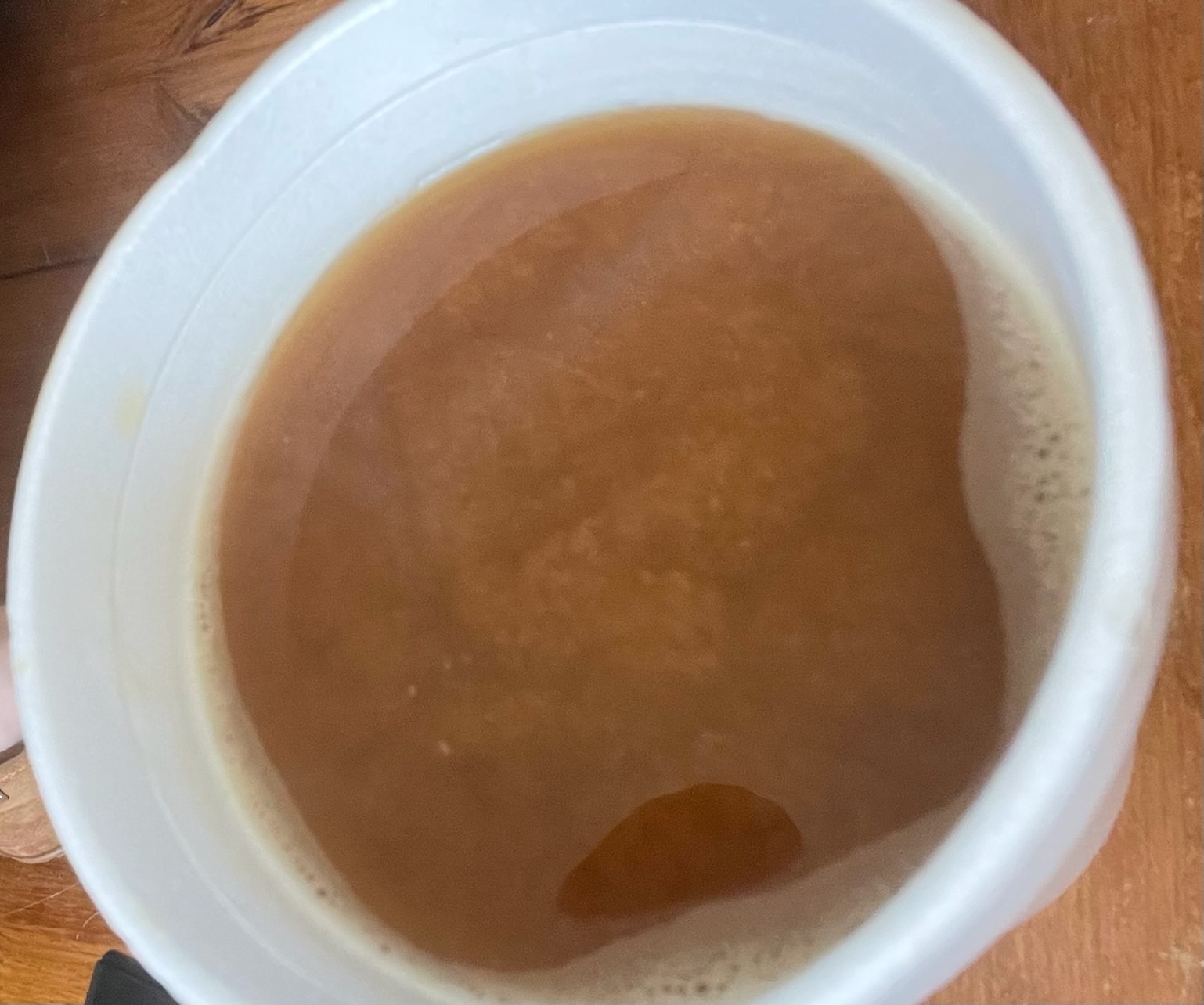 A cup of hot coffee with oat milk that has “split” — resulting in a grainy, separated texture.

Milk is not the only food with plenty of vegetarian and vegan substitutes. Let’s take a look at plant-based meats and the science behind their production.

Food Made from Plants: Scientific Considerations

Plant-based foods need to be safe and healthy to eat, of course, but they also need to closely match the flavors and textures of their animal counterparts. What makes this difficult are the large differences in molecular and chemical properties between plant-derived and animal-derived ingredients. It is important to be able to understand the fundamental elements of these ingredients in order to produce plant-based products that consumers will love.

Another issue with plant-based foods is that they can lack the essential micronutrients naturally found in meat, milk, and eggs. They usually need to be fortified with different vitamins and minerals to be more nutritious.

Other considerations for producing plant-based foods are described in the paper “Plant-based milk substitutes: Bioactive compounds, conventional and novel processes, bioavailability studies, and health effects” by E.F. Aydar et al.; they include a food’s:

Vegetarian meat substitutes have been available for years — but they haven’t always been very appetizing. Processed meat substitutes like veggie hamburgers, sausage, chicken nuggets, and ground beef are typically made using texturized vegetable proteins, which match the structure of their meat-based counterparts well.

However, items like steak, filets, and anything that consists of whole muscle tissue are much more challenging to mimic using vegetables. This is because the muscle fibers and tissues of an animal are organized into a very complex structure.

Let’s go over some “design challenges” to consider when crafting a tasty substitute for a meat-based meal.

You may have heard the phrase “We eat with our eyes.” When it comes to meat substitutes, appearance is of paramount importance, because if the food doesn’t look appetizing, it won’t make it past the first test: being eaten.

Some appearance factors to consider when designing meat analogs from plants include:

Opacity in plant-based meat can be controlled using materials that have particles or fibers with dimensions (typically from 200 to 2000 nm) that can strongly scatter light.

Surface sheen is what makes meat substitutes look smooth and wet before cooking and rough and dry after cooking. This can be accomplished by controlling the surface roughness and wetness of the food. 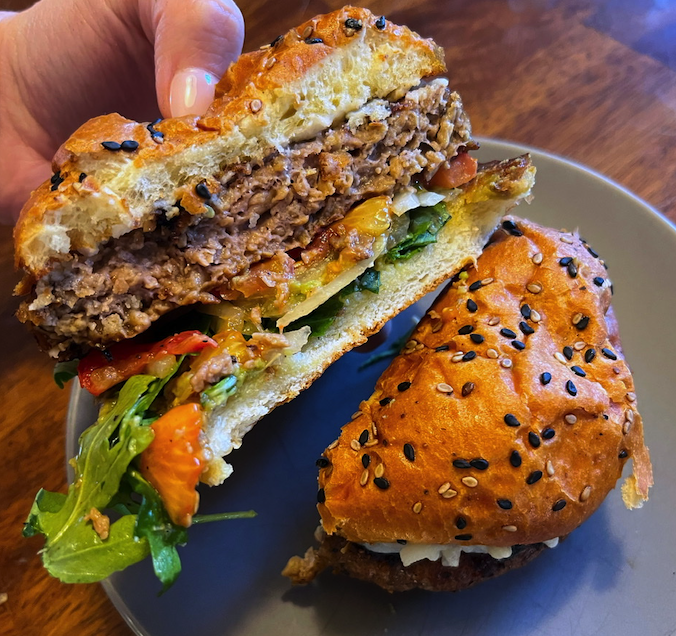 A close-up image of a plant-based burger.

In addition, the color of the food — as well as its ability to change color when heated — usually needs to look pink or red before cooking and brown afterward. This can be done by incorporating natural pigments that selectively absorb light at the appropriate wavelengths. For instance, Beyond Burger® meat substitute uses the juice from beetroots to give its veggie patties the appearance of raw ground beef when uncooked. Once the burger is cooked, the beet juice should run out like the juices of a real meat hamburger.

Texture is another element of plant-based food products that can make or break their popularity. Approaches to mimic the texture of meat in plant-based foods can involve either:

Physicochemical approaches, involving phase separation and emulsion, can be used for plant-based biopolymers (such as a mix of plant proteins and polysaccharides) to control their molecular interactions and organization in an effort to create meat-like structures.

Processing approaches, on the other hand, involve mechanical devices such as high shear cells and extruders. For example, a mixture of water and protein is fed into an extrusion device, which mixes and shears the composition under high pressure. The machine then extrudes the mixture through a die, forming meat-like structures and textures.

Real meat naturally retains (or loses) fluids while cooking, and the remaining fluid content affects the look, feel, and cooking properties of the product. Three factors control the cooking behavior of plant-based meats:

Approaches that can help with replicating the fluid retention behavior of real meat include changing the type of biopolymer, adjusting the mixture’s concentration, crosslinking polymer chains, and incorporating polysaccharides into the mixture.

They say that 90% of taste is smell. The aroma of meat depends on the type of meat and how it is cooked, and is caused by Maillard and oxidation reactions between its protein, carbohydrate, and lipid molecules. The taste of meat is due to the balance of nonvolatile molecules in the meat that interact with receptors in the mouth for the five main flavors: umami, salty, sweet, bitter, and sour.

For example, another manufacturer, Impossible Foods, creates a “meaty” flavor in its plant-based burgers with a material called soy leghemoglobin, which is produced via fermentation. During the cooking of a burger, heme iron in the leghemoglobin is exposed to the air, promoting oxidative reactions that generate meat-adjacent aromatic compounds.

Certain ingredients are typically avoided when making plant-based meats because they can cause beany, earthy, or astringent notes — common culprits are chickpeas, mung beans, and pea protein.

A final consideration when it comes to plant-based meat substitutes is their nutritional profiles. Meat is high in protein and micronutrients like zinc, iron, and vitamin B. To translate these benefits into vegetarian and vegan options, manufacturers turn to advanced encapsulation technology, including emulsions and nanoemulsions.

In the paper “A brief review of the science behind the design of healthy and sustainable plant-based foods” by D.J. McClements and L. Grossmann, these same factors are considered for plant-based milk and eggs too.

Perhaps the best plant-based substitutes for animal-derived products are those that require a minimal amount of processing: Jackfruit naturally mimics the texture of shredded pork and, when seasoned, makes a great “carnitas” taco, and oyster mushrooms can be chopped up and made into a pseudo-lobster roll.

Do you have a favorite plant-based recipe? Let us know in the comments!

Beyond Burger is a registered trademark of Beyond Meat, Inc. 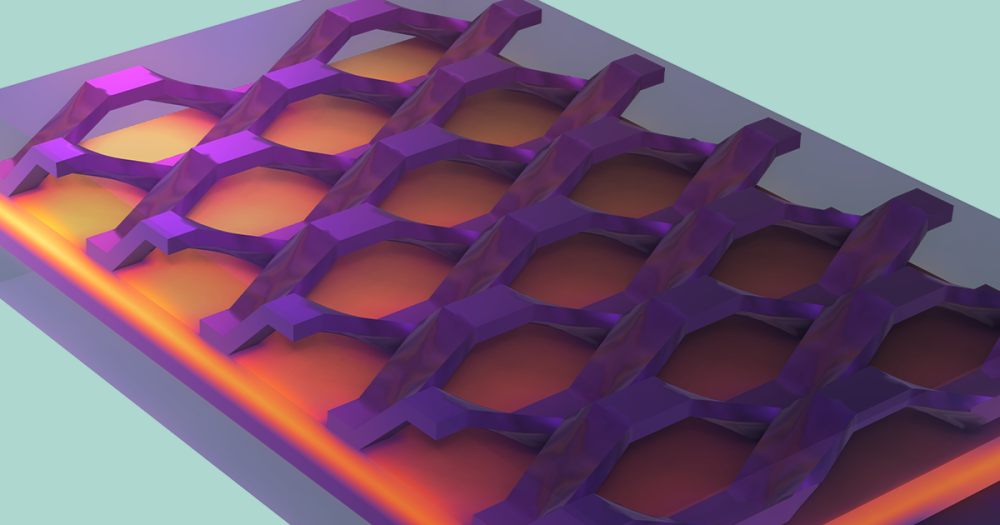 What on Earth is this article doing on a COMSOL blog? This has nothing to do with simulations, but seems highly political and misplaced.