Using an Origami Battery to Power a Biosensor

The ancient Japanese art of origami enables you to create many intricate designs out of folded paper. Recently, researchers drew inspiration from this craft to develop a fully functional battery consisting mostly of paper and water. They found that the simple device generates enough energy to power a biosensor.

Origami, from the Japanese words oru for “folding” and kami for “paper”, originated in Japan in the 6th century. Due to the high price and rarity of paper, it was mostly used to make decorations for religious ceremonies, adornments for gifts, and good-luck charms.

In the 19th century, the founder of the kindergarten schooling system, Friedrich Fröbel, used paper folding techniques as a child development tool and popularized the small, colorful sheets of paper seen in most origami kits today. Josef Albers, an influential artist who developed modern color theory and minimalism, taught origami at the famous Bauhaus design school in the early 1900s.

Modern origami incorporates many of these historical influences into a popular and entertaining form of art. Today, we make origami creations with square sheets of paper in a variety of colors and textures. Anything besides folding — such as using glue, cutting the paper, or marking it in any way — is discouraged, making for a fun challenge. 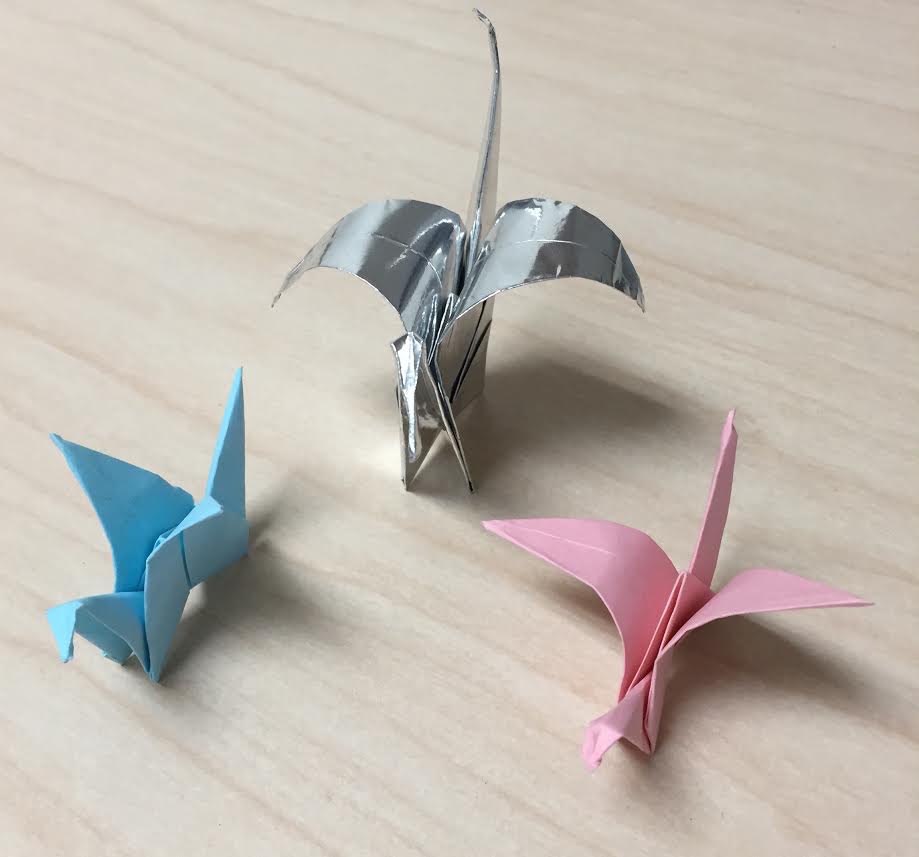 Origami has traditionally lent to some beautiful and intricate creations that are meant to be purely visual — not functional. However, engineers are finding ways to incorporate the principles of this art form to develop useful devices and products. For instance, you may recall reading about the NASA researchers who used origami principles to optimize the packing of a solar panel. Now, the visual art form is back on the R&D scene; this time, it’s used to develop a new battery design.

Recently, a team of researchers from the University of Binghamton in New York developed a paper-based battery, using the principles of origami to transform 2D sheets of paper into a 3D battery structure. To create the battery, one side of the paper was sprayed with nickel, which acts as a cathode. The other side of the paper was printed with carbon paints to act as an anode.

The battery was folded into a stacked structure about the size of a matchbook. A single drop of bacteria-filled water was added to a fold in the battery. Respiration from the microbes in the bacteria generated energy to power the device. When powered, the stacks in the battery unfolded, which maximized the cathodic reactions.

Through their research, the team discovered that the battery can produce the microwatts needed to power a biosensor without requiring an external device. This development in nanotechnology is even more beneficial due to the inexpensive and biodegradable materials — paper and water — that are needed to power the battery.

When art and science come together, the results are powerful.