Over time, animals (both real and computer generated) have played a key role in moving science forward. Keep reading to learn about these 4-pawed heroes — including a bunny, a mouse, and a dog…

What has two long ears, sits on its hind legs, and is often used as a test model in computer graphics? If you guessed the Stanford bunny, you’d be correct!

In 1994, researchers Greg Turk and Marc Levoy created the popular 3D bunny model in a range scanner at Stanford University. A range scan is “a grid of distance values that tell how far the points on a physical object [are] from the device that creates the scans,” as defined by Turk. The real-world object used in the making of this digital model was a terracotta clay bunny acquired by Turk. The bunny’s smooth surface, simple shape, and red diffuse color are what caught Turk’s eye. Red surfaces work well in 3D scans because they efficiently reflect lasers back to the camera, making them easily visible during the scanning process.

A computer-generated render of the original Stanford Bunny. Image by Zzubnik — Own work. Licensed under CC BY-SA 4.0, via Wikimedia Commons.

The Stanford Bunny is a combination of 10 different range scans, which were later combined into a single triangle mesh using zippering, a method developed by Turk and Levoy. In total, the range scans of the clay bunny resulted in about 725,000 triangles, which were later reconstructed to make 69,451 triangles. The final model is one of the first digital representations of a 3D object. 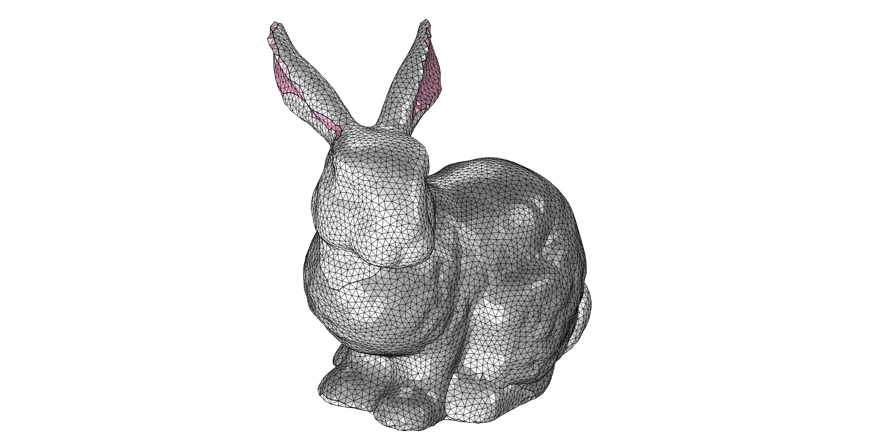 A mesh of the Stanford Bunny generated in the COMSOL Multiphysics® software.

In 2019, researchers created a bunny-shaped trinket using the Stanford Bunny model. This wasn’t just any old trinket: it contained DNA encoding of the digital instructions for its fabrication. This means that at any point in time, a small piece of the trinket can be broken off and used to create an exact replica. The researchers behind the design believe that this technology could eventually be used for many purposes, including:

The stone figure below may look like a mythical creature out of a children’s storybook, but it’s actually a monument in Novosibirsk, Russia, dedicated to all laboratory mice. 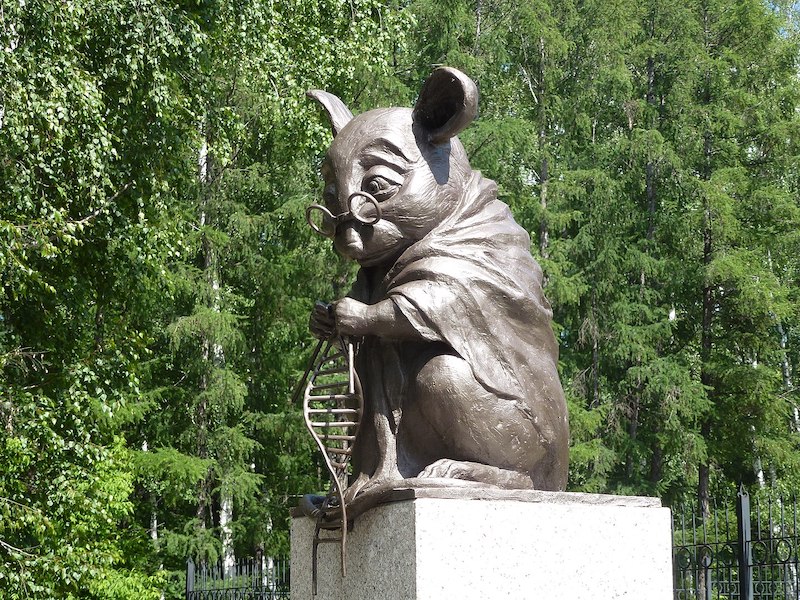 The monument to the laboratory mouse in Novosibirsk, Russia. Image by Irina Gelbukh — Own work. Licensed under CC BY-SA 3.0, via Wikimedia Commons.

The bronze rodent sits atop a granite pedestal, carefully knitting a DNA strand. The figure symbolizes a deep appreciation for the small mammal, which is often used to study animal genes, the molecular and physical mechanisms of diseases, and the development of new drugs.

In 2013, the Institute of Cytology and Genetics in Russia unveiled the eight-foot monument to celebrate and honor all of the rodents who have been sacrificed in the name of science. Designer Andrei Kharkevich came up with ten sketches before deciding on the final design. In regards to the statue, Kharkevich said:

“Here the image of a laboratory mouse and a scientist are combined, because they are interconnected and serve one thing. The mouse is shown at the exact time of scientific discovery. If you peer into its eyes, you can see that this mouse has already invented something. But the whole symphony of scientific discovery, joy, “Eureka!” has not yet sounded.”

The statue was sculpted by Alexei Agrikolyansky.

Prior to human space travel, the effects of spaceflight and weightlessness on the human body were mostly a mystery. During the 1950s and 60s, American and Russian scientists often used animals, including monkeys, chimps, and dogs, to test how living organisms would fare in space. In November 1957, a dog named Laika made history when she became the first living being to orbit Earth. Almost overnight, the part-Samoyed terrier went from being an unknown canine living on the streets of Moscow, Russia, to a household name. 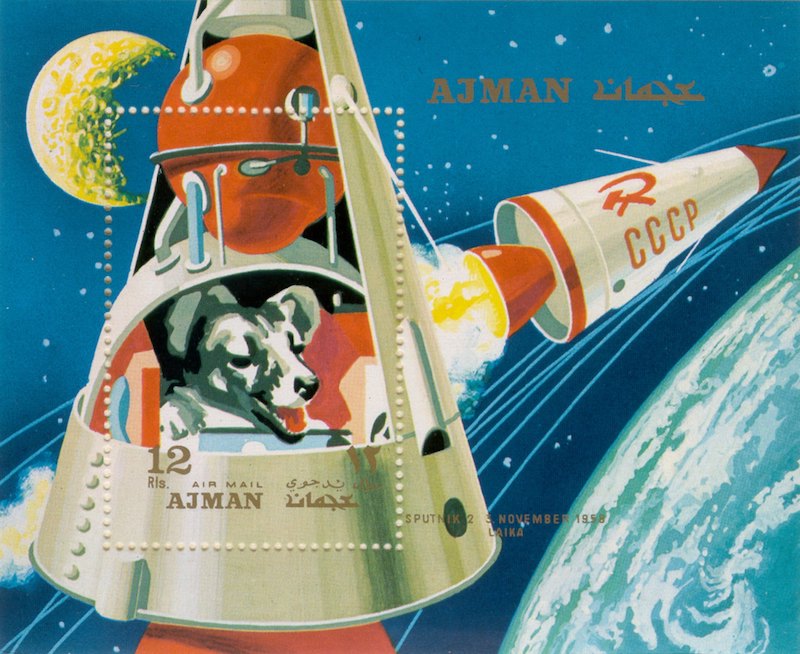 Why was Laika chosen for this mission? The Soviet spaceflight program often recruited stray dogs. After a group of canines were selected, they would go through a series of tests to determine how well they might fare in space travel. At the end of the testing, Laika, which means barker in Russian, was chosen to board the Sputnik 2 spacecraft.

The Sputnik 2 was the second spacecraft to orbit Earth (the first being the Sputnik 1) and the first to do so with a living organism onboard. Unfortunately, the space program was a predetermined one-way mission and Laika died shortly into orbit.

In 2008, Russia built a monument of Laika atop a rocket in honor of her story and legacy.

Further Reading About Animals of Science

Interested in learning about more ways animals have helped move science forward? Check out these posts:

Great article, and thank you for publishing it. Another example of using animals for research is at the ORNL “Mouse House” which has a long history described here: https://www.sciencedirect.com/science/article/pii/S1383574213000690. Another facility in Oak Ridge that is no longer in existence was used to study the effect of radiation on large animals and then to infer how it might also affect people https://www.osti.gov/servlets/purl/7298044