Investigating the Behavior of an Ancient Organism with CFD Simulation

If you were to travel back in time half a billion years to the Ediacaran period, you would find seas full of strange-looking creatures known to paleontologists as the ‘Ediacara biota’, the world’s first large, complex, multicellular lifeforms. We still have a lot to learn about these ancient creatures, including if they could move and how they fed. A research team sought answers to these questions by using CFD simulation to study an extinct organism from Earth’s early oceans: Parvancorina.

Mystery from the Ediacaran Period

What was life like during the Ediacaran period, around 635 to 541 million years ago? In general, scientists have assumed that the sea-dwelling creatures of this time were almost all stationary, permanently attached to the seafloor. This assumption is sometimes applied to the Ediacaran taxon Parvancorina, a “poster child” for the more bizarre Ediacara biota that lived around 555 million years ago.

If Parvancorina were alive today, you’d be able to balance its entire shield-shaped body (which was about the size of a penny) on the tip of your finger. Looking closer, you would see a distinctive set of ridges on its back that form an anchor- or T-like shape. 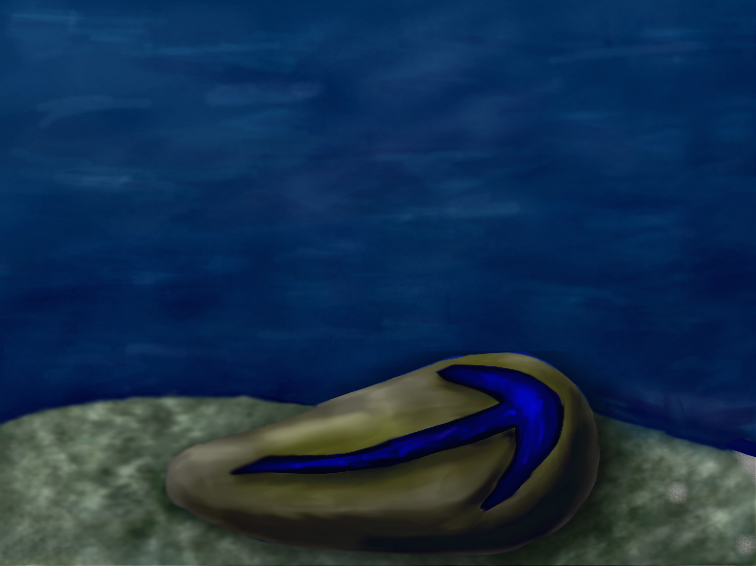 An illustrated interpretation of Parvancorina.

Although there are a number of Parvancorina fossils preserved in rocks from Russia and South Australia, this simple organism left no clues about whether or not it moved or how it fed. Solving these mysteries is a key step toward determining the evolutionary and ecological importance of Parvancorina. 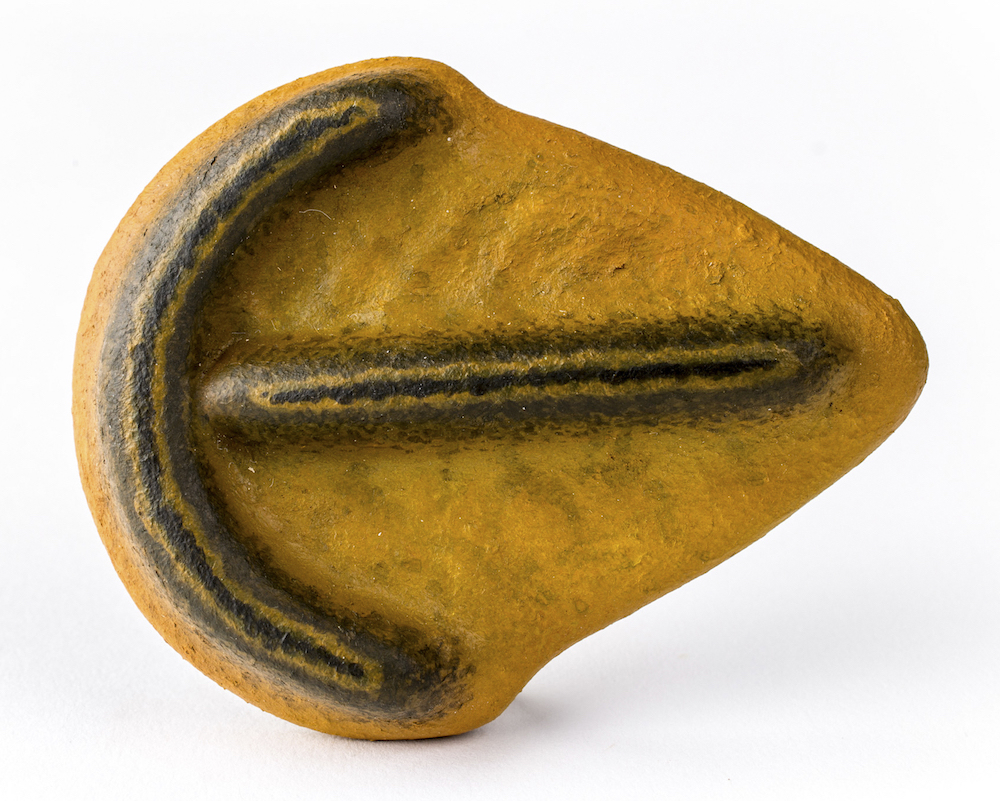 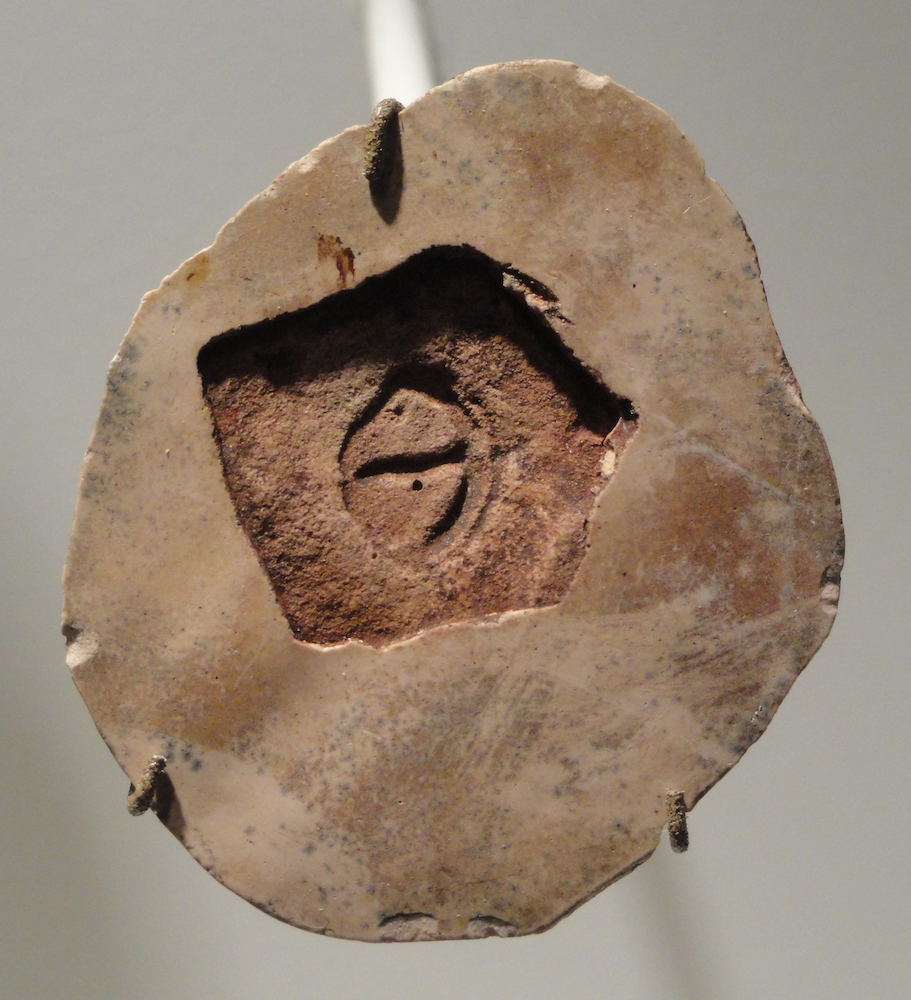 With the COMSOL Multiphysics® software, these researchers were able to gain insight into the life of the ancient Parvancorina, which is “one of the weirdest and most poorly understood Ediacaran […] organisms,” according to Dr. Simon A.F. Darroch, one member of the research team. Elaborating on the study, he said: “Fluid dynamics simulations provide the only sensible way to test hypotheses surrounding Ediacaran feeding and movement.”

The researchers created 3D CAD models of Parvancorina based on observations of fossil specimens, which they were able to easily import into the COMSOL® software. These models include a null model of the shield-shaped base of the Parvancorina body as well as full models of three different morphotypes: 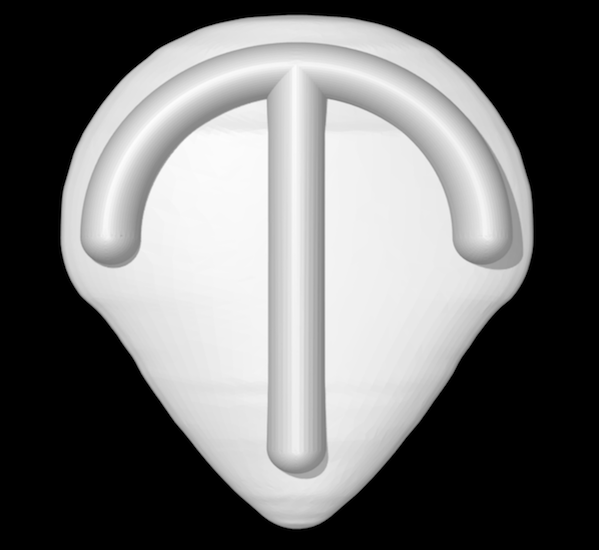 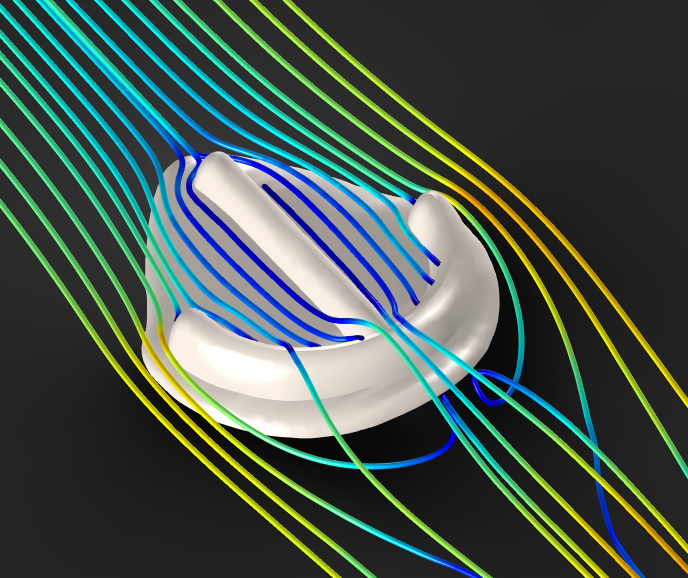 Using COMSOL Multiphysics, the team was able to simulate the typical currents of the shallow marine environment Parvancorina called home and see how its structure influenced its interactions with this environment. In their simulations, the researchers tested various inlet velocities, model orientations, and mesh sizes. 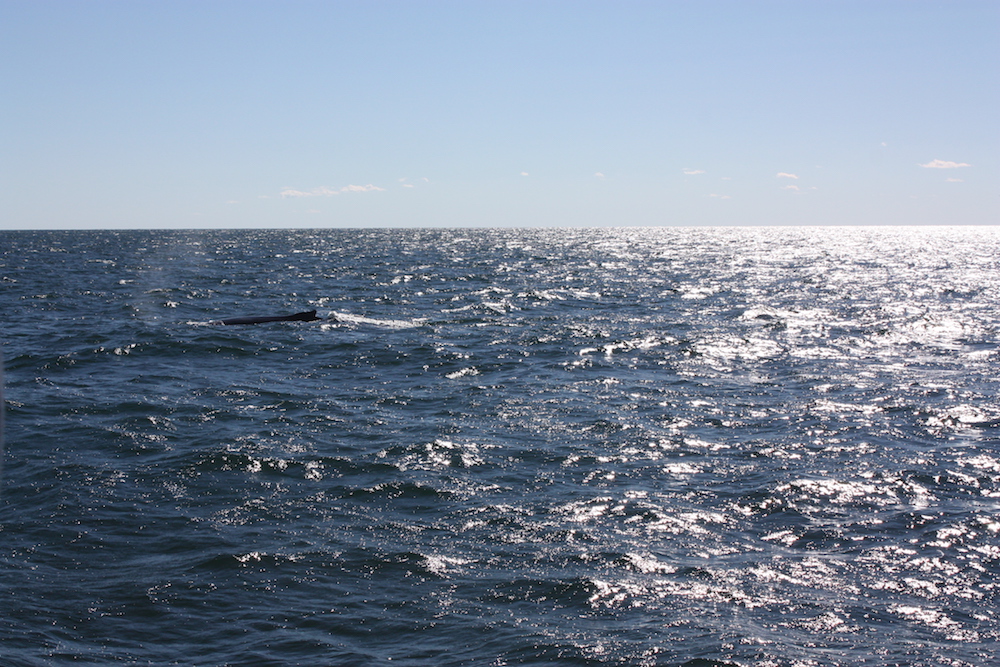 The majority of Ediacaran organisms, like Parvancorina, seemed to prefer living in shallow environments, not the deeper ocean environment like that pictured above.

Dr. Imran A. Rahman, another member of the research team, noted that COMSOL Multiphysics is “a very user-friendly program that is capable of simulating fluid flows around the very complex 3D shapes (i.e., fossils) we are interested in.” The software also enabled them to generate high-quality flow velocity and streamline plots to easily visualize their results.

Since drag can be harmful to organisms living on the seafloor, potentially dislodging or injuring them, the ability to maintain a position that minimized drag, which would require reorienting itself in relation to the shifting currents of its shallow-water environment, would have greatly benefited Parvancorina. As such, the results of the CFD simulations provide good indirect evidence that Parvancorina was mobile during its life. Having a body shape that reduces drag in one direction to the current is a common characteristic of mobile organisms living in environments with variable currents.

Being able to maintain a specific position relative to the current direction could have benefited Parvancorina in other ways. The team’s research shows that flow was not distributed evenly over the surface of Parvancorina for any orientation, morphotype, or current speed. Instead, the external morphology caused recirculated flow to be directed toward localized areas, with the particular area changing depending on the orientation of Parvancorina to the current. 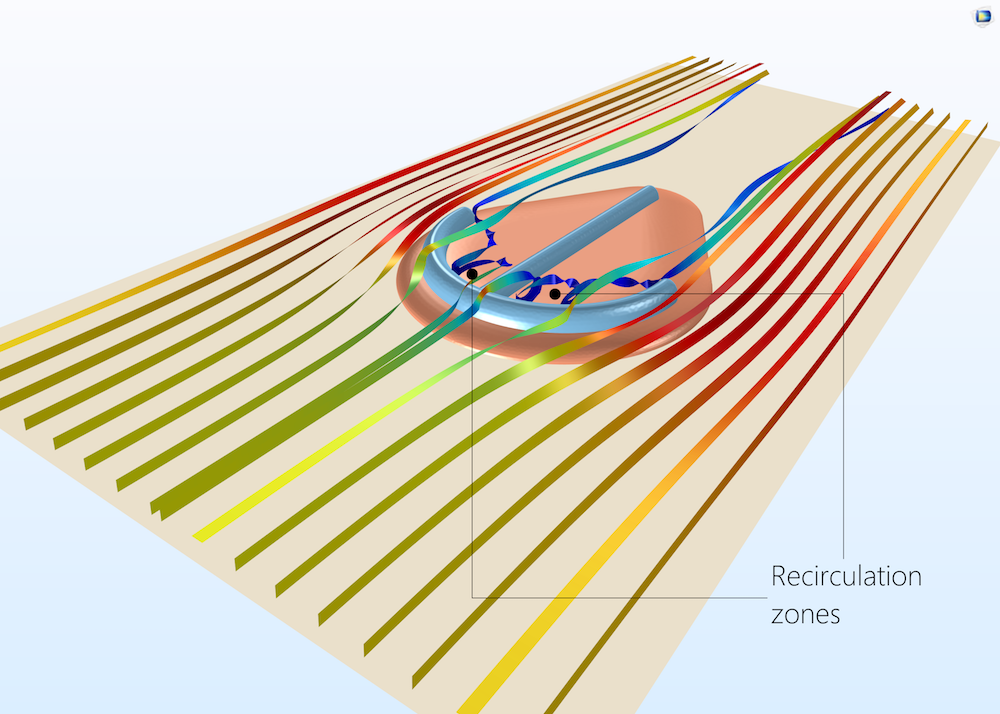 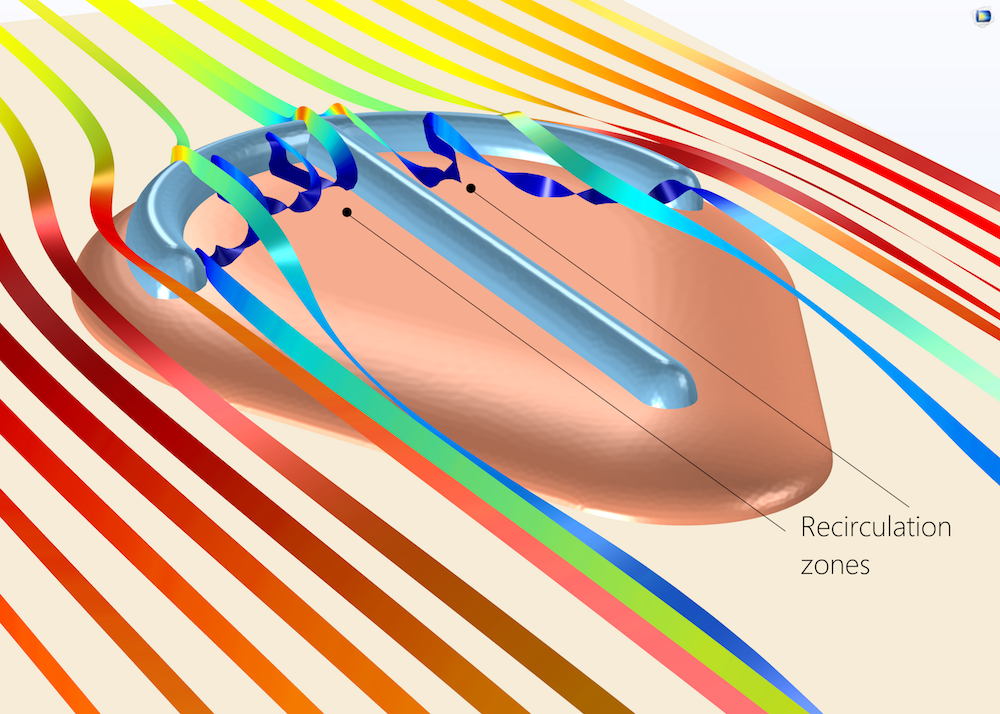 Recirculation zones on the Parvancorina body. 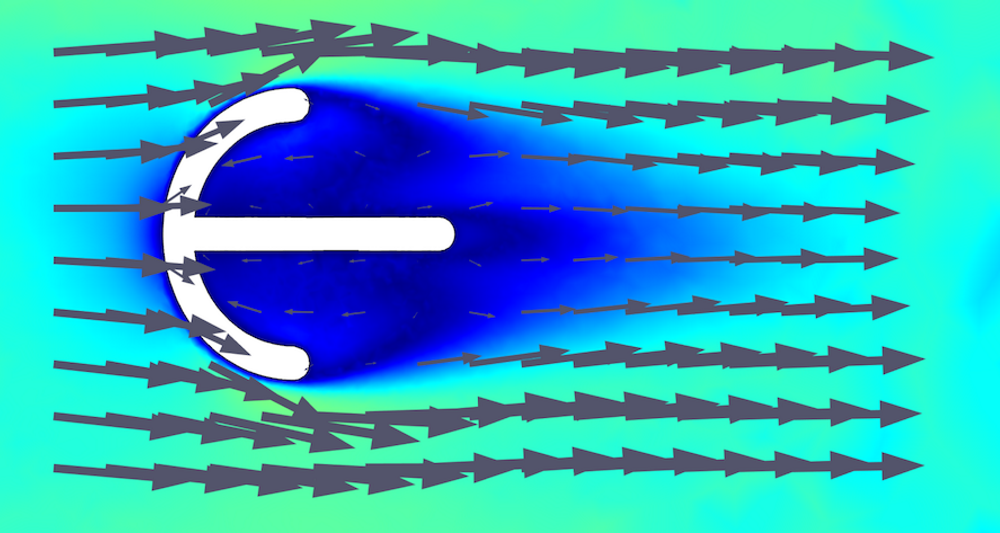 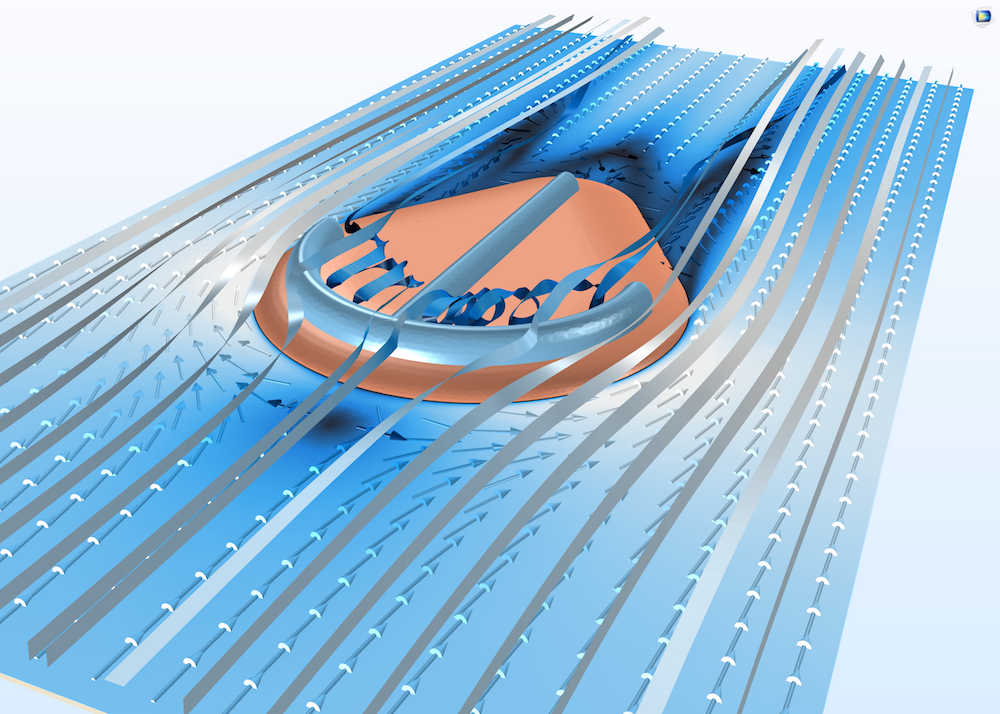 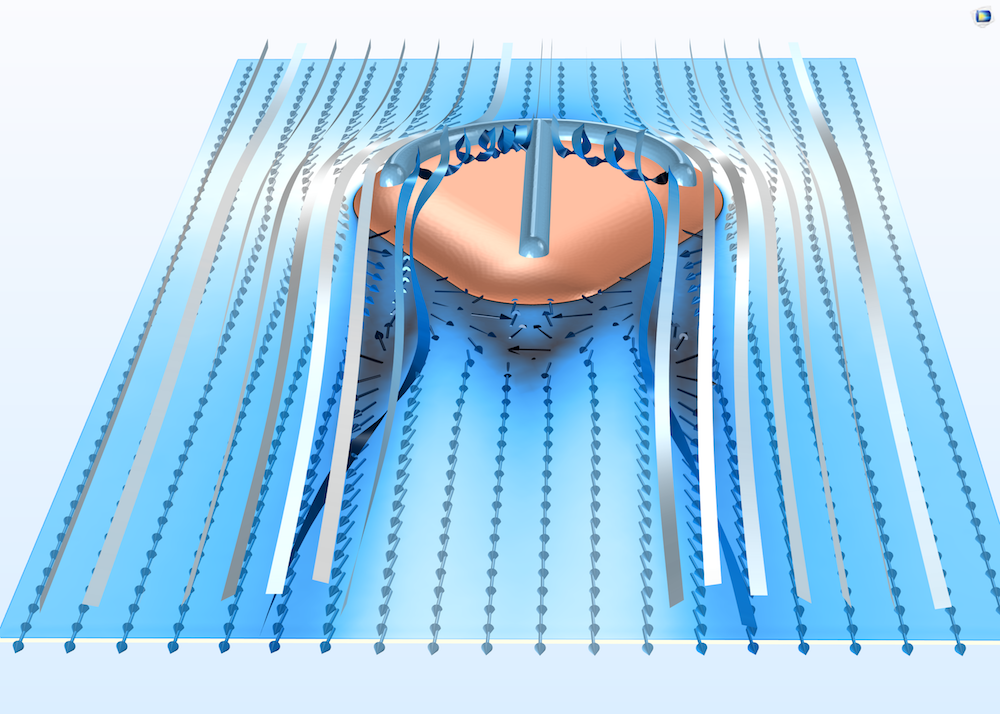 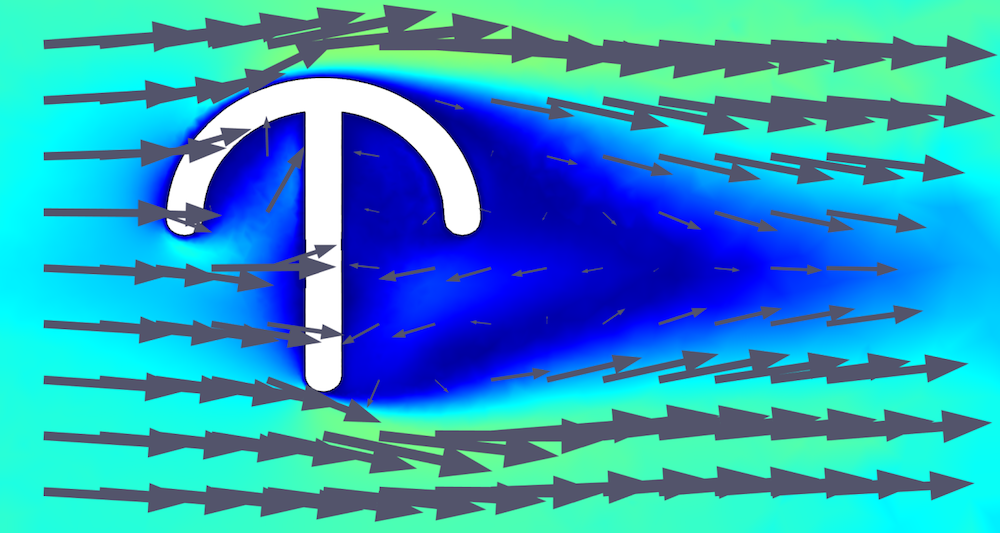 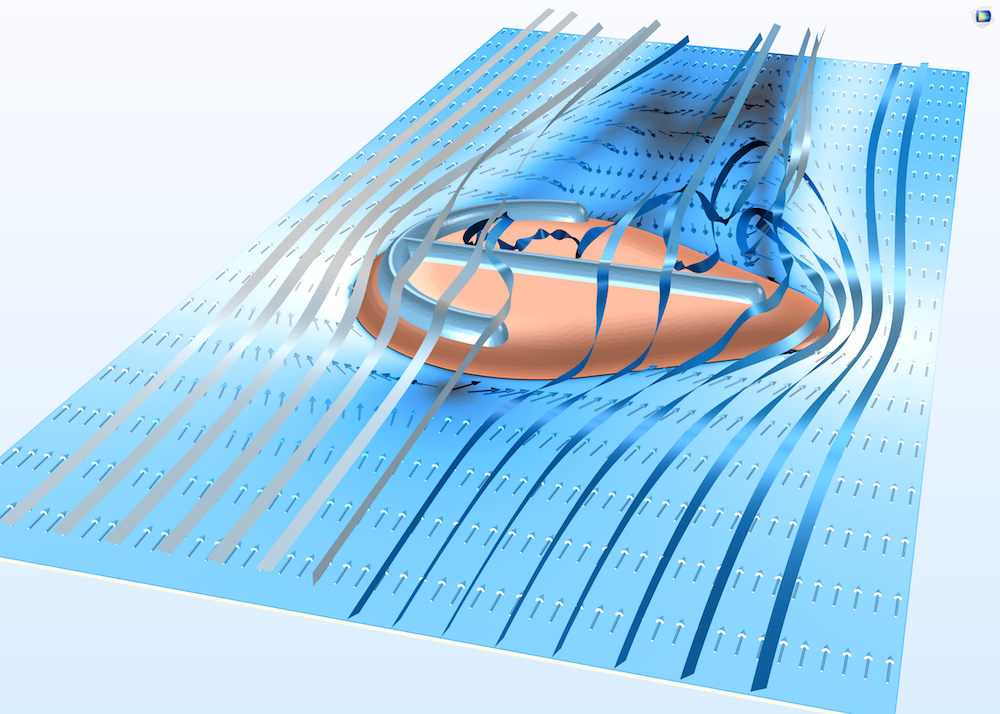 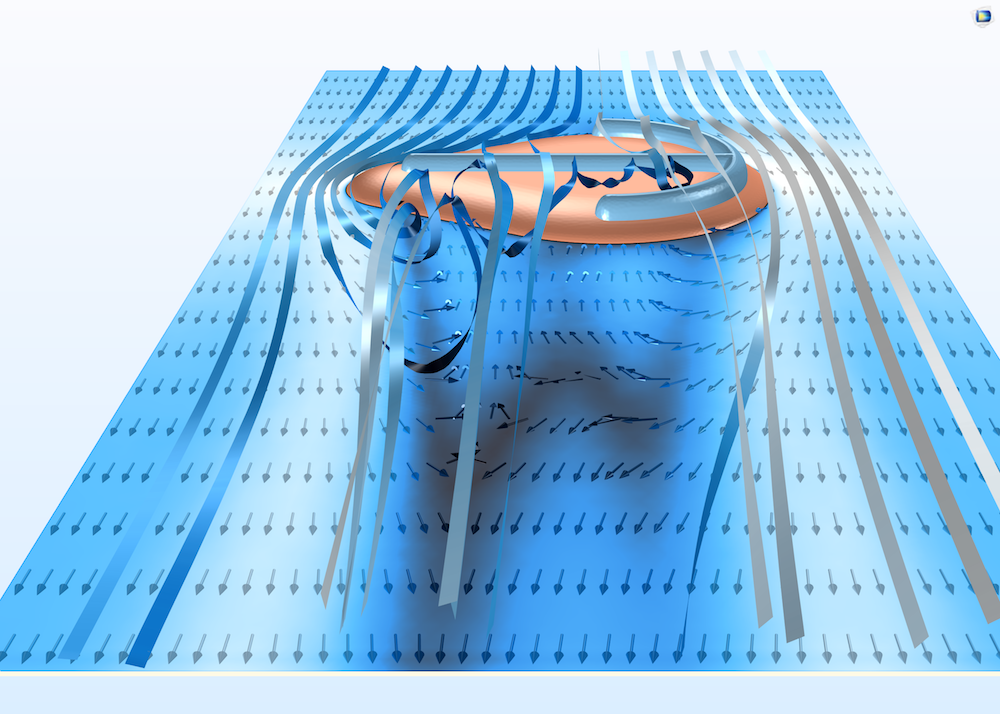 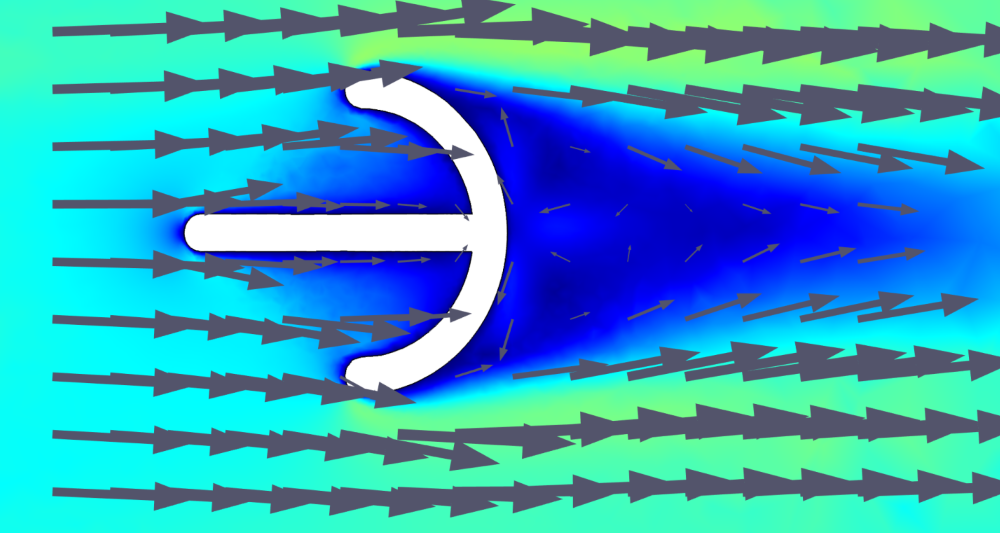 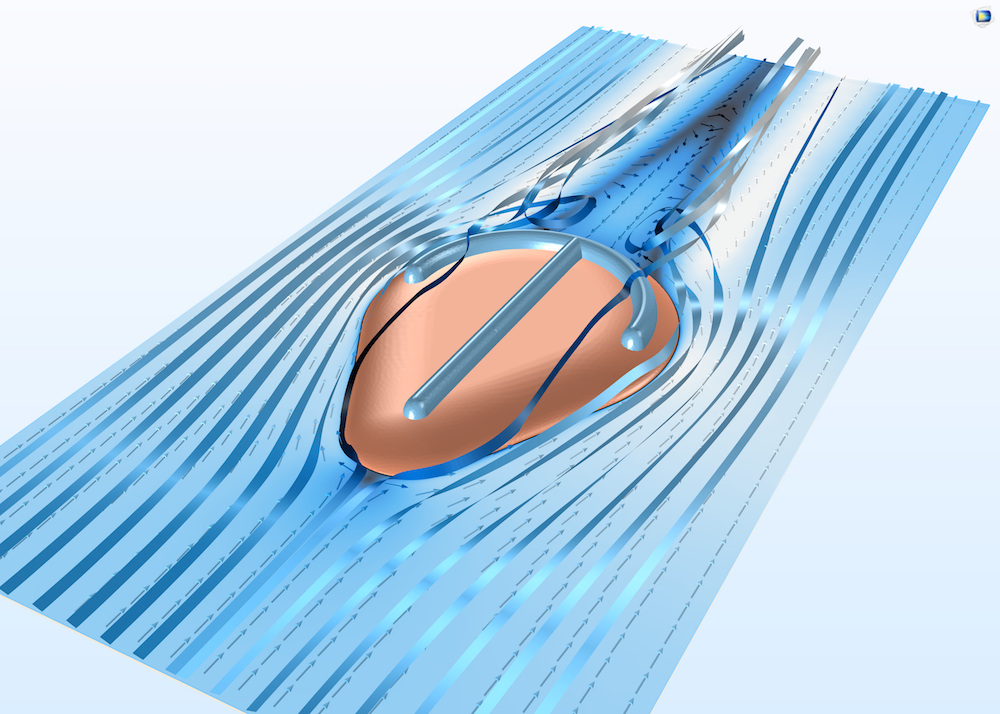 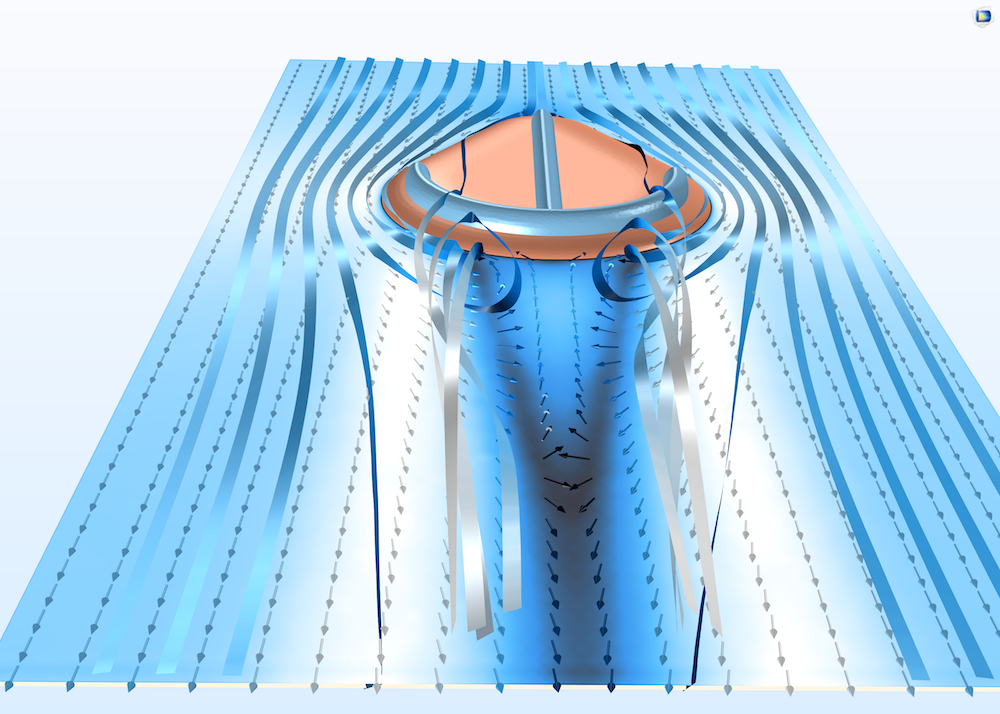 The distinctive anchor-shaped ridge of Parvancorina yields another clue that tells us this creature was a suspension feeder. While the ridge does not reduce drag and was likely not a defensive structure, the researchers’ simulations indicated that it was needed for recirculation — the null model of Parvancorina without the ridge did not direct recirculated flow over the body. This matches what we know about extant marine invertebrates. Organisms that have specialized structures with the concave sides facing upstream are often passive suspension feeders. This suggests that such structures may provide a common benefit to suspension feeders, like affecting fluid flow and the ability to collect food.

The team’s previous research suggested that stationary Ediacaran suspension feeders required fluid flow that was directed to the food-capturing areas of the body at any orientation (as they couldn’t reorient themselves). Since the flow of organic material is only directed to the presumed food-capturing areas of Parvancorina at certain orientations to the current, it would have to be mobile to feed efficiently as a suspension feeder. It is also possible that Parvancorina fed in a different way, for instance, by consuming dead organic matter in the sediment on the seafloor. The key point is that, if Parvancorina fed in either of these ways, it would need to have been mobile.

Based on their extensive CFD simulations, the research team was able to provide indirect evidence that Parvancorina was mobile and perhaps had musculature or appendages that have not yet been seen in any fossils. If this is correct, it could mean that Parvancorina is the oldest known creature capable of rheotaxis, the behavior of orienting to face oncoming currents.

These findings agree with an independent study performed by another research group who found that Parvancorina fossils were often aligned to face the current and determined that this represents a rheotactic response.

This work opens the door to the possibility that other Ediacaran organisms may have been mobile — offering a new view of Ediacaran benthic ecosystems. The team plans to continue their investigations by using COMSOL software to research other Ediacaran organisms in future projects. “CFD studies have cast extraordinary new light on the biology and ecology of the Ediacaran biota, which represents the first (and most mysterious) radiation of complex life,” Darroch notes. “Understanding where complex life came from, and how it came about, hinges on us understanding where the Ediacarans fit.” 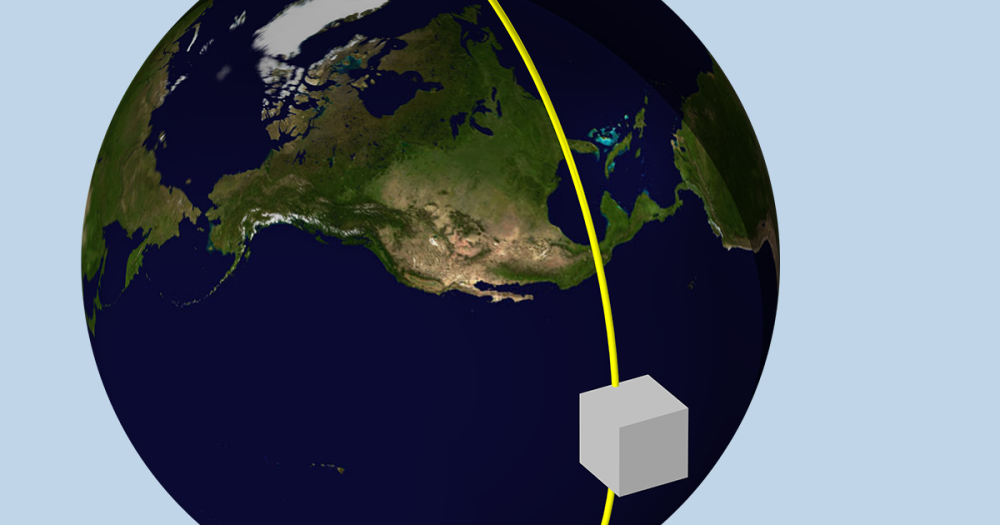