When current moves through a gas, it can reveal the power of electricity in a visible way. Along with lighting a room (via a fluorescent bulb) or the sky (as a lightning bolt), the leap of current across a gap can arc-weld metal and provide the spark to power a car. Friedrich Paschen made important contributions to our understanding of how electric current can flow through a gas-filled space. Paschen’s law is a familiar tool for many scientists and engineers, as it helps them predict the behavior of these conspicuous (and sometimes beautiful) electrical sparks and arcs. Below, we share an overview of Paschen’s life and career, as well as how his discoveries are still useful today.

Louis Carl Heinrich Friedrich Paschen was born on January 22, 1865, in Schwerin, in what is now the German state of Mecklenburg-Vorpommern. Over the course of his long and productive life, he held professorships at Leibniz University Hannover; the University of Tübingen; and the University of Berlin, where he taught until passing away in 1947. 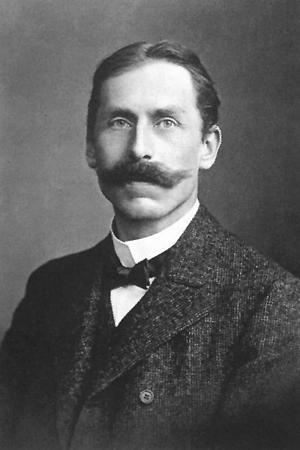 Friedrich Paschen. Image licensed under CC BY 2.0, via Wikimedia Commons.

Paschen dedicated his schooling and career to the experimental exploration of physics. What we know as Paschen’s law emerged from his doctoral research in 1889, after he’d begun his schooling under influential physics professor August Kundt in 1884. For the rest of his career, Paschen dedicated himself to precise empirical inquiry into radiation, electricity, the behavior of gases, and other physical phenomena.

Paschen’s commitment to experimentation could be seen as quite extreme:

Paschen […] was never willing to take time from the laboratory to find out in the library what others had done — nor, indeed, ever to write a review article in any of the fields in which he was to become an authority.

Despite his apparent disinterest in publishing his findings, Paschen’s work contributed to an era of great progress in both our understanding of electricity and its practical application.

Even as he pursued his research, he nurtured and promoted promising young physicists. Paschen “fought recklessly and tenaciously” for the 1922 appointment of Alfred Landé to a professorship at the University of Tübingen, and provided shelter and support to Chinese scientist He Zehui during World War II.

Paschen’s Law and How Current Jumps a Gap Through Gas

Paschen’s law shows that the voltage needed to jump a gap between electrodes is a function of gas pressure and the distance between electrodes. Sounds simple, but the phenomena being described can generate some surprising physical behavior. Paschen’s law established an equation to make this behavior more predictable — although not entirely!

To understand the value of Paschen’s discoveries, it helps to know more about what allows current to flow through a gas that does not, under most conditions, conduct electricity. This flow can be enabled by the presence of sufficient voltage in a cathode, which ionizes surrounding gas to create a conductive plasma. The plasma effectively acts as a bridge, across which electrons can flow from cathode to anode. 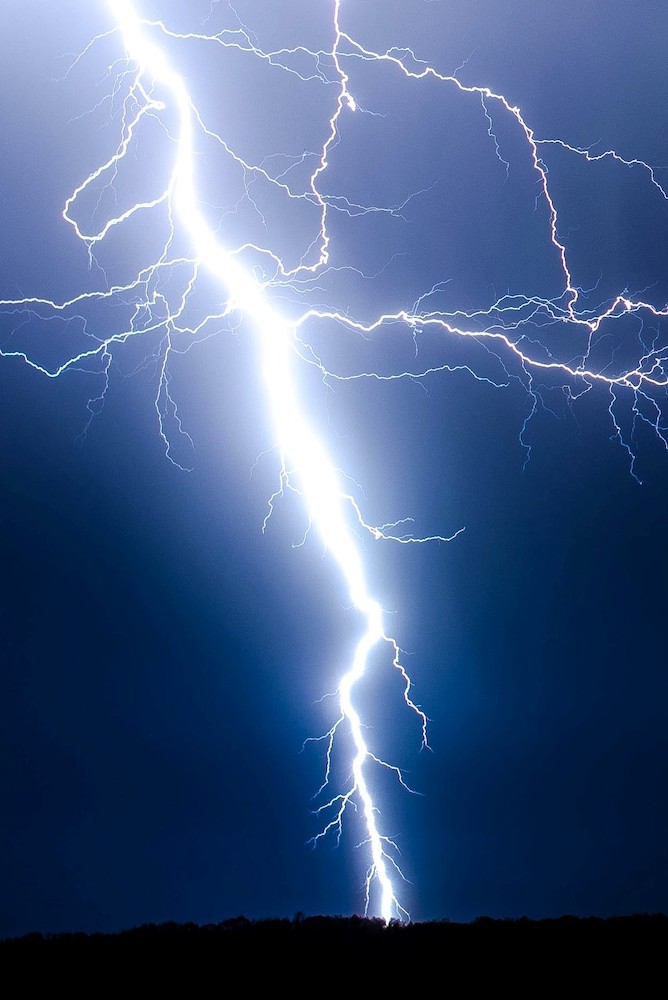 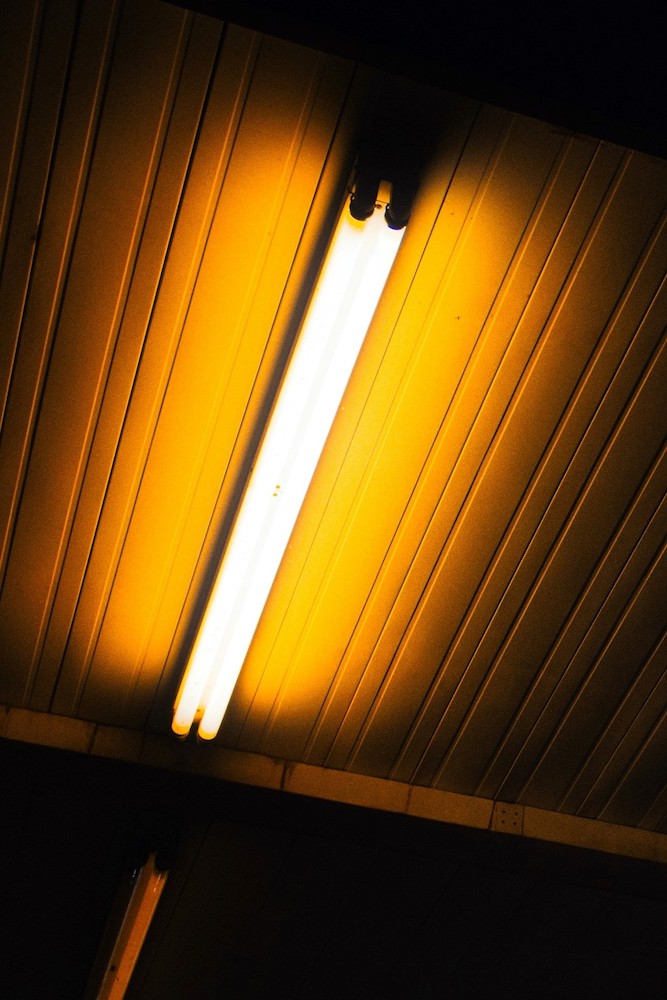 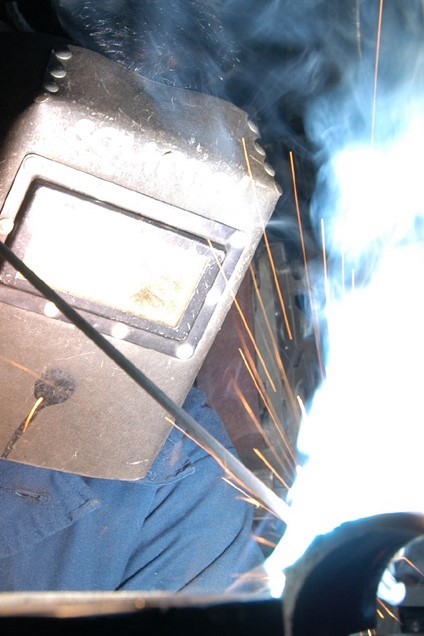 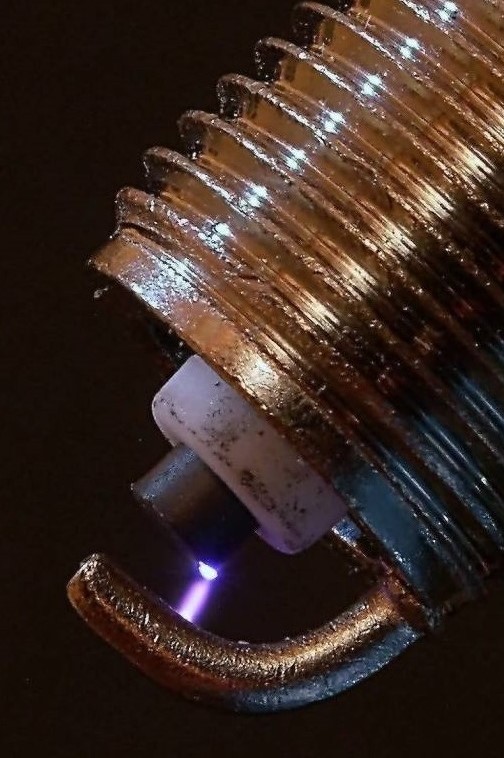 Lightning, fluorescent lighting, arc welding, and automotive spark ignition all rely on electrical current crossing a gap through gas, as studied by Friedrich Paschen. Lightning image by Brandon Morgan via Unsplash. Fluorescent light image by Adam Kring via Unsplash. Arc welding image by the U.S. Navy and in the public domain via Wikimedia Commons. Automotive spark ignition image by Ralf Schumacher — Own work. Licensed under CC BY-SA 3.0 via Wikimedia Commons.

This electrical flow across a plasma bridge can produce heat, light, and noise. It can illuminate a room by traversing the gas in a fluorescent bulb; power an automobile by sparking explosions inside an engine; and frighten cats, dogs, and children by sending a bolt of lightning across the sky.

As we can see, lightning does not follow a straight, short path to the ground. This is not the only way in which electrical discharges fail to act in a predictably linear fashion. Many of Friedrich Paschen’s experiments were inquiries into the distinctive behavior of electrical sparks and arcs.

Remember that Paschen’s law tells us that the voltage needed to cross a gap through gas (or breakdown voltage) is a function of gas pressure and the distance between electrodes.

Based on everyday experience, we might expect that by moving the cathode and anode closer together, we would reduce the amount of voltage needed to bridge the gap between them. However, this is not always the case. Moving electrodes closer together reduces breakdown voltage to a point, but beyond that point, the necessary voltage to induce a discharge will rise. It actually can require a higher voltage to jump a smaller gap. 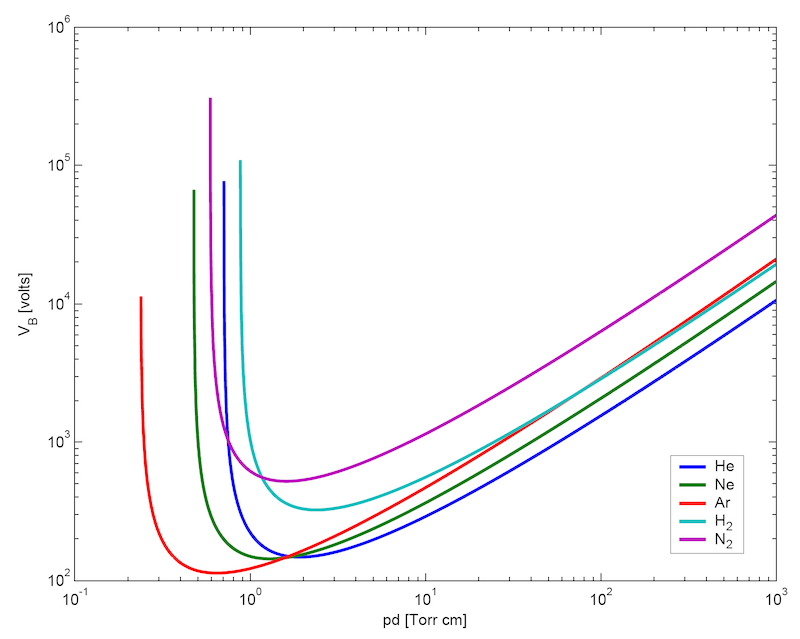 Friedrich Paschen, diligent experimental spectroscopist that he was, measured and plotted the impact of varying distances and gas pressures on breakdown voltage levels. This research established Paschen curves of the relationship between breakdown voltage, gas pressure, and distance between electrodes for many gases. It is the shape of these curves that is found through the equations of Paschen’s law.

Friedrich Paschen’s Legacy and the Value of Simulation

Along with the many useful things that gap-jumping current can do, it can also be tremendously destructive. Today, engineers across many fields must account for potential unwelcome discharges — and while they may be inspired by Friedrich Paschen’s dedication to live experiments, testing with electric current can be both impractical and dangerous.

A circuit board assembly (left) and the pressure vs. emission for an assembly component (right), studied using Paschen’s law. Images from “Seeking Out Electrical Arcing Regions in Satellite Systems”.

Simulation can help address these risks. From the design of lightning protection for buildings to the mitigation of electrical arc discharges that could ruin electronic components in satellites, engineers can use simulation to test and refine systems safely and efficiently. (Perhaps even the great empiricist Friedrich Paschen, a professor concerned for the well-being of his students, would have approved.)

Quick question: is there a COMSOL library for Paschen’s law?

While there isn’t a model in the Application Gallery specifically for Paschen’s Law, you may be interested in this related tutorial model:

Thanks for reading,
Alan