George Westinghouse was a prolific inventor who helped shape how we use electricity in America and throughout the world. Among his notable achievements, he improved the safety of trains and furthered the acceptance and use of alternating current (AC) as a standard way to supply electricity. Throughout his life, Westinghouse started many companies and fostered strong ties to other great thinkers. As today is his birthday, we’d like to celebrate his life and accomplishments.

The Life of George Westinghouse

George Westinghouse was born in New York on October 6, 1846. As a teenager, Westinghouse spent his time working with agricultural machinery in his father’s shop — sparking an early interest in both mechanics and business.

When the American Civil War started in 1861, Westinghouse joined the Union army, and was eventually reassigned to the position of acting third assistant engineer in the Navy. From these experiences, Westinghouse most likely internalized the importance of railroads as a form of transportation. 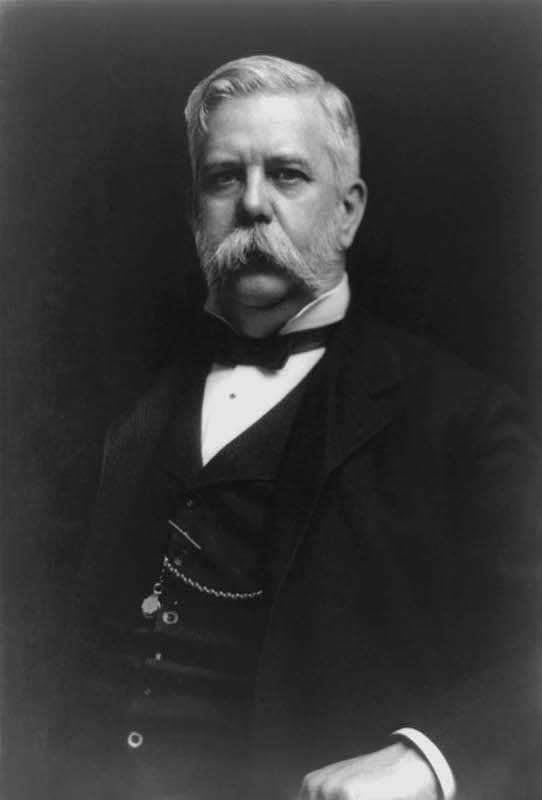 Picture of George Westinghouse. Image in the public domain in the United States, via Wikimedia Commons.

The next stop on Westinghouse’s path was Union College, which he attended in 1865. As far as college experiences go, this was a short one, possibly lasting only three months. Instead of staying in college, he decided to drop out and focus on developing inventions.

Let’s take a look at what some of Westinghouse’s main accomplishments were.

Soon after his departure from college, Westinghouse received a patent for a rotary steam engine. This was the first of many inventions for Westinghouse and got his wheels turning for other innovations, including a railway or reversible frog to help trains “hop” over tracks at junctions and a car replacer to move derailed train cars back onto the tracks.

Train derailment was a major problem at the time due to a rather interesting braking system. When a train needed to stop, a brakeman would have to manually activate the brakes on each train car, moving between cars to do so. This caused each car to brake individually, eventually bringing the train to a halt. As you can imagine, this method was not only inefficient but also an extremely dangerous job. 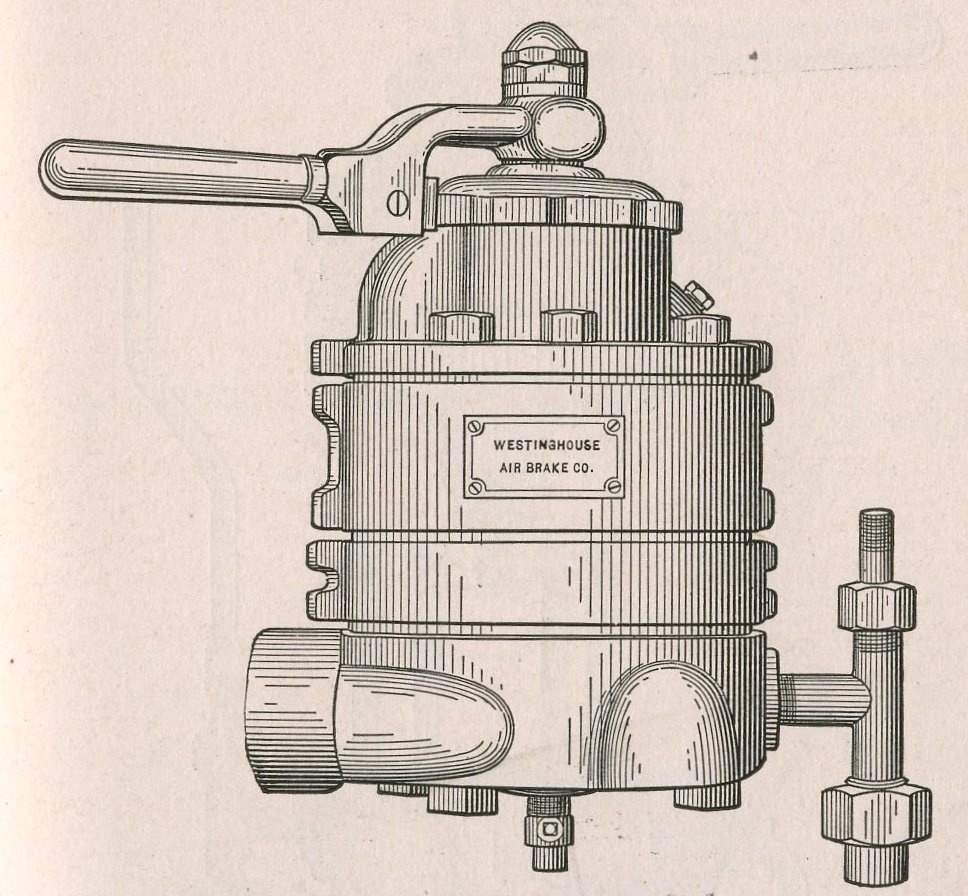 The Westinghouse air brake. Image in the public domain in the United States, via Wikimedia Commons.

At the age of 22, Westinghouse patented a solution: air brakes. Using this device, a train engineer could activate the brakes in every car, without the need for a brakeman. It also involved a failsafe, where a system failure would result in a stopped (not runaway) train. This was Westinghouse’s big break and he used it to open the Westinghouse Air Brake Company, one of the many companies he’d own in his lifetime. The invention gained popularity and eventually became a mainstay in train designs. Westinghouse would continue to improve the brake design over time.

Another one of Westinghouse’s main interests was electrical power. He was a strong supporter of alternating current, which had the potential to supply energy over long distances. To advance AC, he helped develop a transformer to ramp AC voltage up and down and eventually joined forces with another AC proponent, Nikola Tesla, to improve the AC motor. 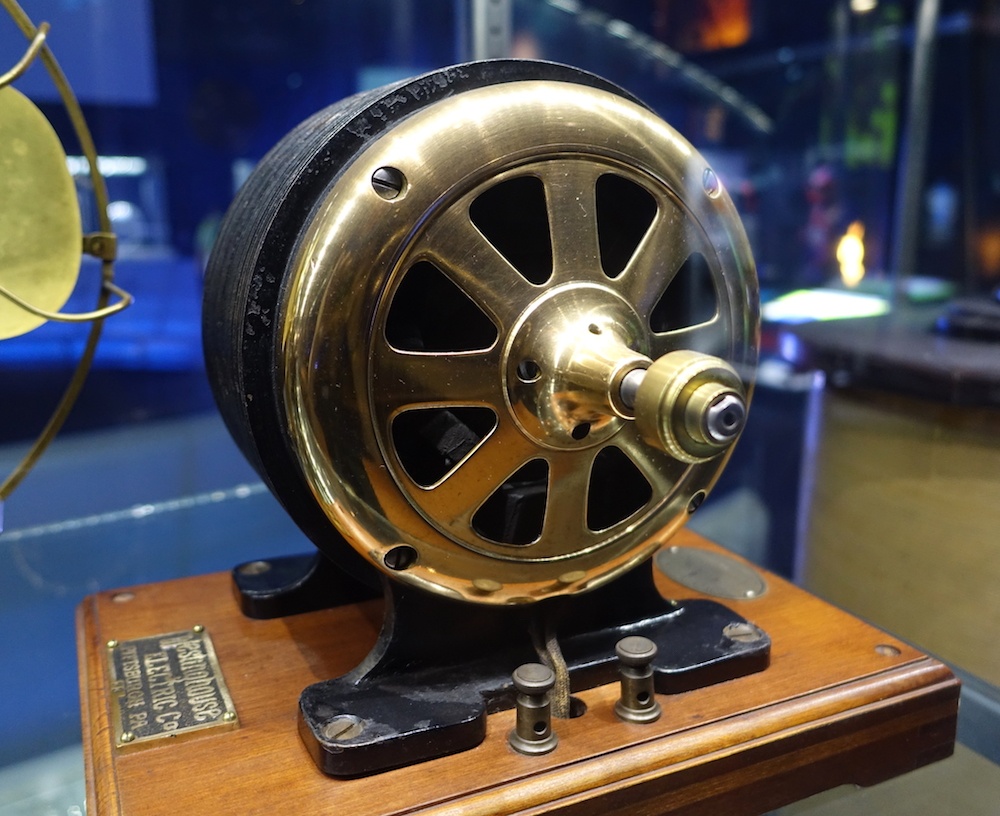 A Tesla AC motor from the Westinghouse Electric Company. Image in the Public Domain via Wikimedia Commons.

The path to popularized AC power wasn’t easy, however, as the public was wary of it. Thomas Edison, a strong proponent of direct current (DC) power, actively campaigned against AC. The debate between DC and AC power would later become known as the “War of the Currents“.
During this so-called war, Thomas Edison attempted to prove that AC current is dangerous, even noting that Westinghouse’s AC generator was used as a means of execution in New York. In the end, Edison did not succeed in discrediting AC power. In 1893, Westinghouse received the honor of lighting the Chicago World’s Fair, or World’s Columbian Exposition. This enabled Westinghouse to shed light on the benefits and safety of AC power. The good publicity resulted in AC power being more accepted by the general public.

After this win, Westinghouse went on to build generators that could harness the energy of Niagara Falls, using it to provide electrical power to cities located miles away. This further showed the usability and power of AC. 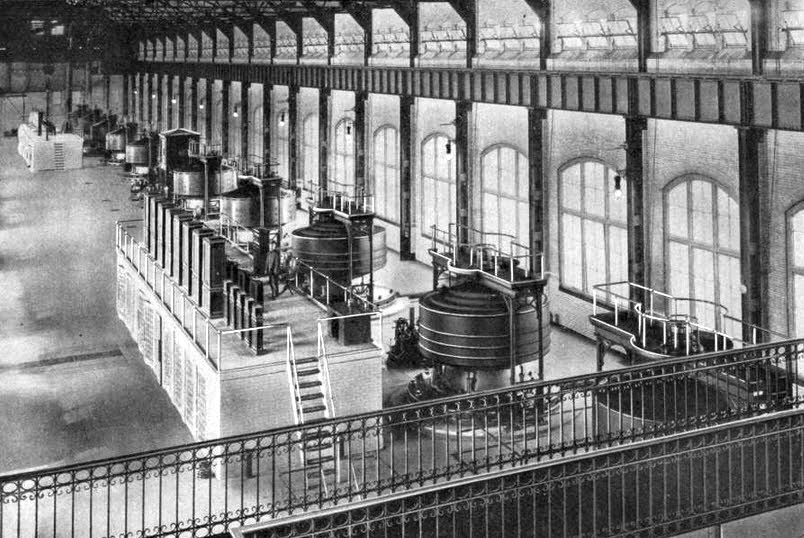 Picture showing Westinghouse’s generators at Niagara Falls. Image in the public domain in the United States, via Wikimedia Commons.

Although Westinghouse lived a mostly prosperous life, the financial crisis in 1907 caused him to lose many of his companies (more than 60 in total). Despite these troubles, Westinghouse persevered and continued to create inventions and was appointed as the president of the American Society of Mechanical Engineers in 1910. Westinghouse’s passion for innovation stayed with him up to his final moments in 1914, when he supposedly passed away with the design for an electric wheelchair in progress beside him.

Learn More About George Westinghouse and Other Electrical Pioneers