If you’ve studied structural mechanics you’re probably familiar with stories of planes falling out of the sky due to fatigue (no one wants to be the engineer who designed an airplane that crashed…). Jimmy Stewart made a famous movie about that, but different from the usual horror stories of fatigue is the accident in 1919 of a storage tank that burst in Boston, spilling molasses onto the streets at 35 mph (56 km/h). The Boston Molasses Disaster, as it’s referred to, is another one of many infamous failures of fatigue.

Before we go into the infamous failures of fatigue, let’s come to terms with what the phenomenon is. Guest author and Certified Consultant, Kyle Koppenhoefer of AltaSim, explains it well in his blog post “Fatigue — When Cyclic Stress Produces Fractures“. Basically, fatigue is structural damage accumulated over many cycles of applied stress. “Many” in this case refers to thousands (strain-based; low-cycle) or millions (stress-based; high-cycle) of cycles. Furthermore, the fractures that develop due to repeated loading and unloading can be microscopic in size until the day the structure fails. Scary stuff.

Folklore has it the Boston neighborhood of North End smells like molasses in the summer. In 1919, the poorly designed tank containing molasses undergoing fermentation burst one day, resulting in a 35 mph, sticky flood of molasses rushing through the city streets. Why did the tank all of a sudden break? Apparently, several factors played a part in this structural failure. In addition to the tank being ill-constructed and not tested, there was a huge change in the outside temperature over the course of a day or so (it went from -2F to 41F, or -17C to 5C). The fermentation process produced carbon dioxide, which increased the internal pressure of the tank, putting it under additional stress. These factors may have led to the final failure, but the tank had experienced cyclical loads over several years. Reportedly, a fatigue crack had developed at a manhole cover close to the tank’s base where the hoop stress is greatest. When the tank was filled with molasses completely on this fateful day, it simply broke.

Other infamous failures include an oil platform, trains, and a multitude of airplane tragedies. The Alexander L. Kielland oil platform capsized due to a fatigue crack in a 6 mm fillet weld, increased stress concentrations due to a weakened flange plate, and cyclical stresses. The Versailles train crash of 1842 was caused by a broken axle in the locomotive, from repeated loading.

While it’s obvious that fatigue is a problem not to be ignored when designing a structure, it’s also obvious that testing millions of load cycles would take a very long time — far too much time. Even so, wouldn’t it be great if you could visualize what starts to break, where, and when, before it actually happens? Our answer to this is the Fatigue Module; you can visualize fatigue life based on the number of cycles until failure and the calculation of fatigue usage factor. The fatigue life plot will show you what starts breaking and where — virtually, thus saving you both time and money. An excellent blog post on why you should model fatigue will provide you with more details on the topic. 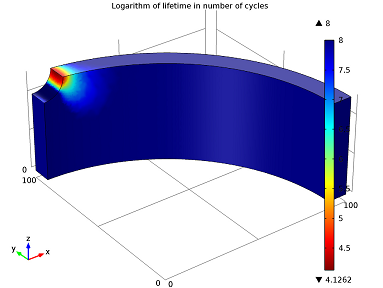 Fatigue life plot of a cylinder with a hole.

Next time you’re in Boston you can visit the area where the molasses disaster took place, although these days it has been turned into a recreational complex called Langone Park. The only evidence left of the disastrous event today is a small plaque in commemoration. Unless you can smell the molasses, of course. 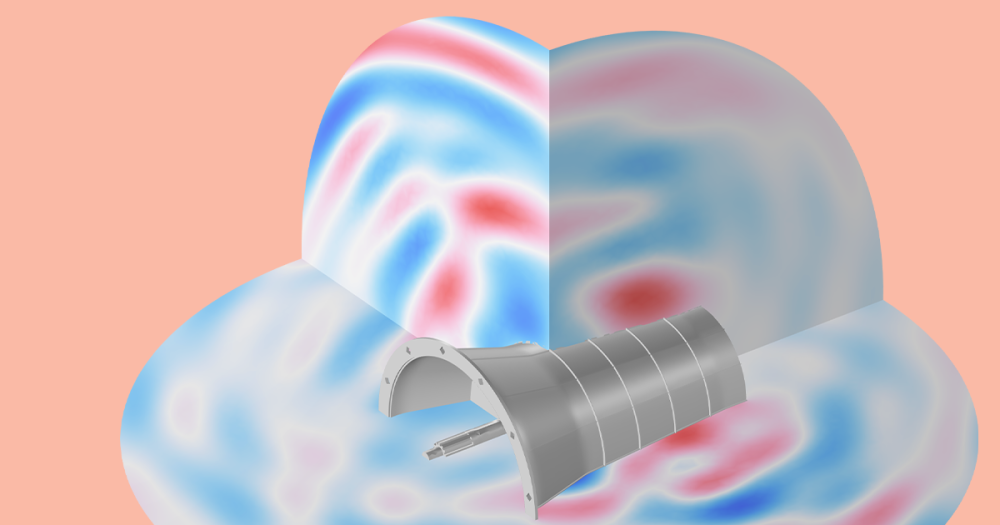