From Computer Science to Morphogenesis: The Contributions of Alan Turing

When you hear the name Alan Turing, morphogenesis may not be the first thought that comes to mind. Turing, a famous British mathematician, is more widely recognized for his contributions to the fields of cryptology and computer science. During the Second World War, Turing helped break a complicated German cipher called the Enigma code — an achievement that has recently become more well-known due to it being featured in a movie. 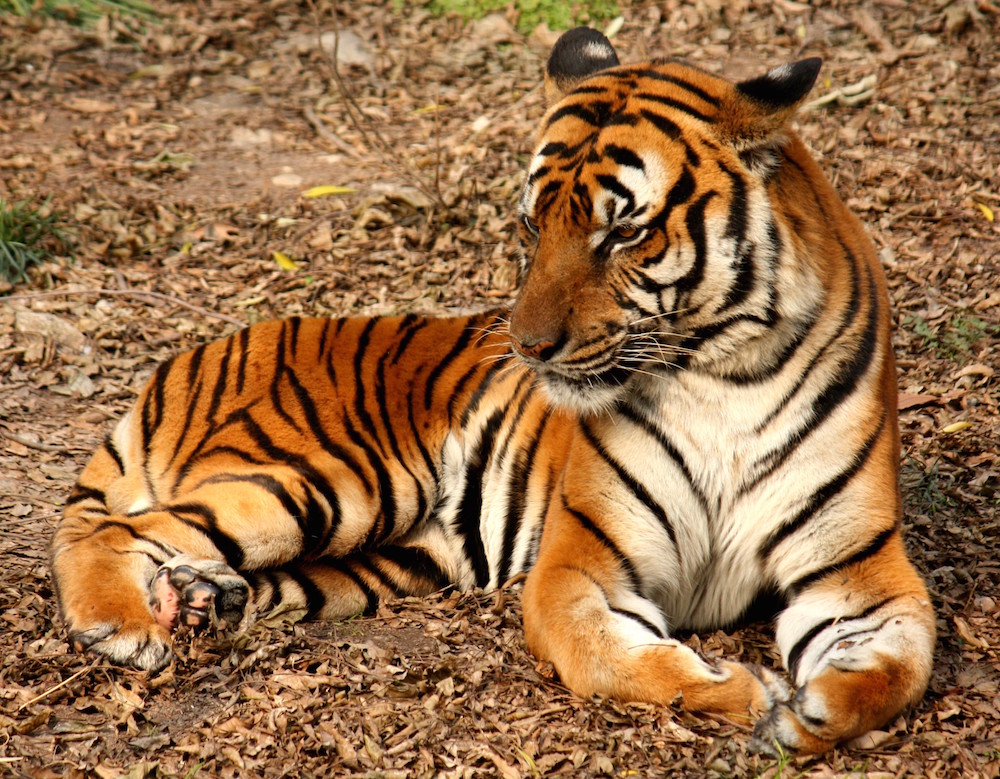 Alan Turing’s theory of morphogenesis offers a prediction behind the development of stripes on a tiger. Image by J. Patrick Fischer — Own work. Licensed under CC BY-SA 3.0, via Wikimedia Commons.

It wasn’t until later in his life that Turing entered into the realm of mathematical biology. In 1952, he published a paper on his theory of morphogenesis titled “The Chemical Basis of Morphogenesis”. Here, he used a mathematical modeling system to explain how nonuniformity, in the form of repeating patterns, can spring from a natural, homogeneous state. In simpler terms, Turing’s model suggests that such patterns result from the diffusion of two morphogens: an activator and an inhibitor.

To better understand his theory, we can look at the example of how stripes develop on a tiger. Turing’s theory predicts that morphogens produce patterns of chemically different cells by activating some cells and inhibiting others. In the case of a tiger, the activator creates the dark stripes and the inhibitor prevents the dark color in the area surrounding the stripes. This reaction diffuses across a tiger’s cells, generating a repetitive pattern of stripes.

Modern research continues to further validate Turing’s theory. For example, in a study from the Centre for Genomic Regulation, researchers found evidence that fingers and toes are patterned by a Turing mechanism. Such conclusions were drawn from computational predictions, with physical experiments confirming these findings. A team at King’s College London also produced experimental evidence validating Turing’s speculative theory. They identified specific morphogens used in Turing’s model and observed the effects predicted by this theory. Further experiments from researchers at Brandeis University and the University of Pittsburgh illustrated similar patterns arising from once identical structures.

The findings from these and other studies on Turing’s theory of morphogenesis can be applied to a range of applications, from biomedical uses to growing soft robots with specific patterns and shapes. In the next section, we’ll see how a team of researchers further investigated this theory with the help of COMSOL Multiphysics.

Modeling the complex biological processes in morphogenesis and organogenesis (the process where tissues develop into complex organs) can be difficult for two reasons: due to the parameterization of the computational models and the fact that it is not feasible to directly measure several of the parameters.

To account for such challenges, a team of researchers from ETH Zurich and the University of Nice-Sophia Antipolis turned to COMSOL Multiphysics. Using the simulation software, they looked to evaluate different methods for parameter optimization and explore the possibility of using experimental data as a means to quantitatively study, parameterize, and discretize computational models.

The first step was to create a Turing-type model based on receptor-ligand signaling. This model, as the group previously proposed, can be used to model branching morphogenesis in both the lungs and kidneys. 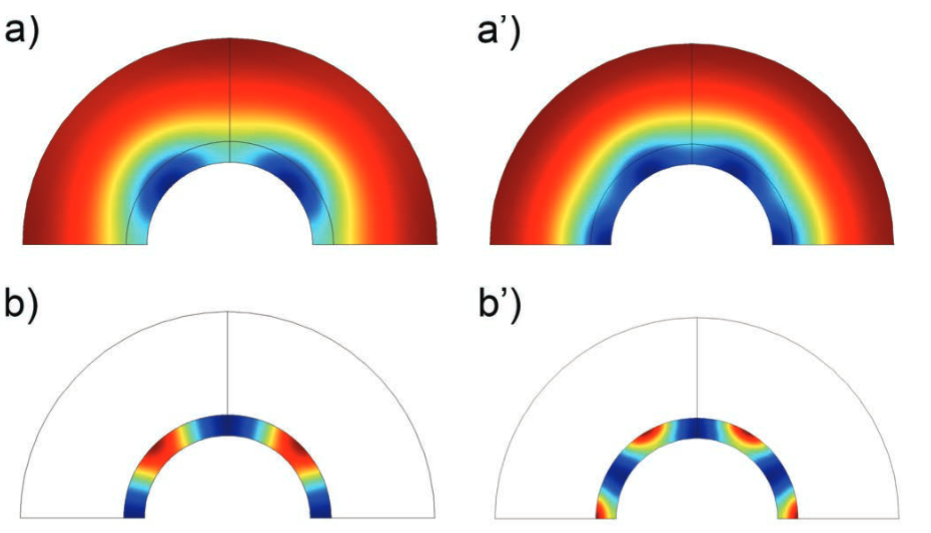 The results from the study show that SNOPT and Coordinate Search share a drawback: For both of these methods, you can only recover the correct parameter values from a confined region of the parameter space. Therefore, the research team developed a three-step strategy to optimize the parameters of Turing-type models:

Next, the researchers investigated the parameterization of image-based models, a common method for reproducing experimental data in simulations. 2D time-lapse movies of embryonic kidneys in vitro were used for the image-based model of branching morphogenesis. Through this approach, the researchers tested the ability of their mechanism to accurately predict growth areas throughout the process.

The process of image-based modeling. a) Time-lapse movie screenshot. b) Enlarged image of the kidney explant and calculated displacement field. c) Deviation for points in Turing space (black), in between (green), and outside the Turing space (red). (d) The growth field and the distribution of U2V (the ligand-receptor complex) on the epithelium-mesenchyme border. Images by D. Menshykau et al. and taken from their COMSOL Conference poster submission.

Findings showed that the Turing-type model adequately reproduced the observed growth areas of embryonic kidneys. As such, it was concluded that image-based data can be used when studying the mechanisms in charge of organ development and for solving, parameterizing, and discretizing models.

Turing’s theory of morphogenesis is still evolving today, with researchers continuously finding new ways to model and utilize it. Simulation studies, such as those presented here, can help offer a better understanding of the mechanisms controlling morphogenesis while furthering the design of computational models for studying morphogenesis and organogenesis.

Along with the studies highlighted today, researchers at ETH Zurich and the University of Nice-Sophia Antipolis have used COMSOL Multiphysics to perform additional analyses pertaining to organogenesis. One study, for instance, helped address the fact that cell boundaries, and possibly subcellular compartmentalization, can greatly affect signaling networks during organogenesis. In a more recent study, researchers explored techniques for image-based modeling using the example of limb bud development. You can learn all about these studies and more in the section below.