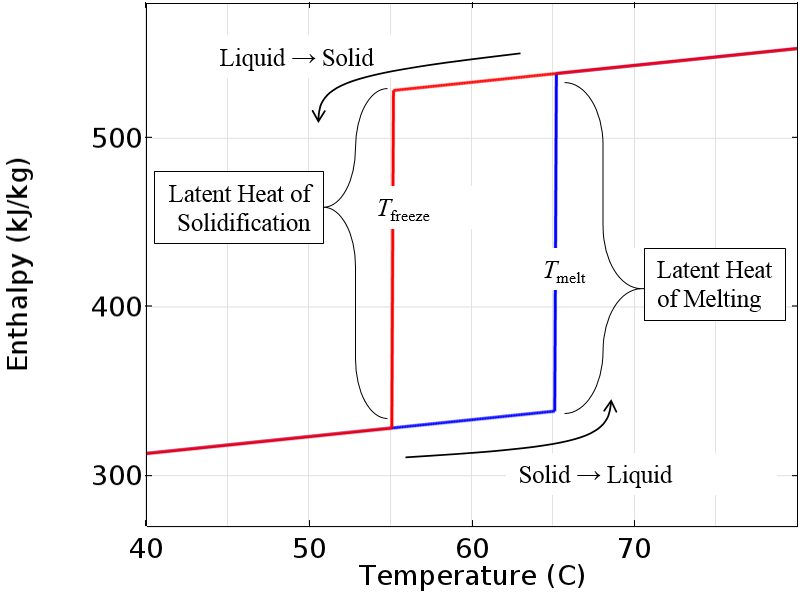 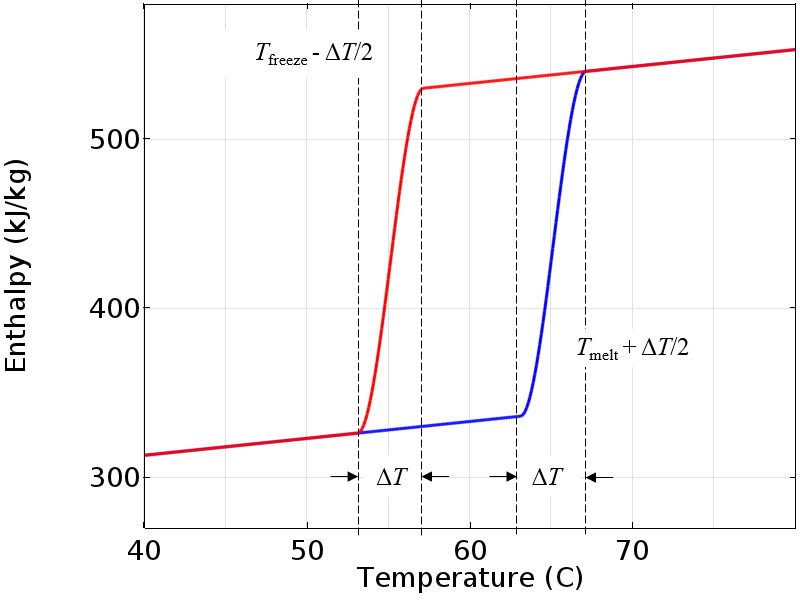 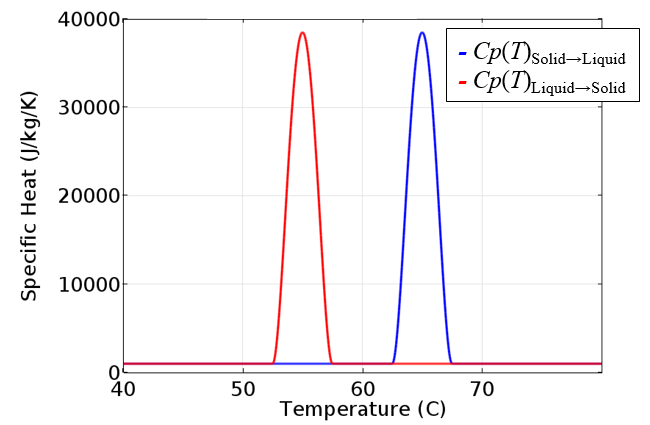 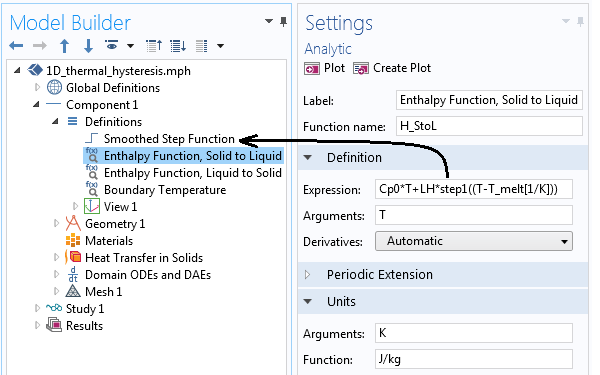 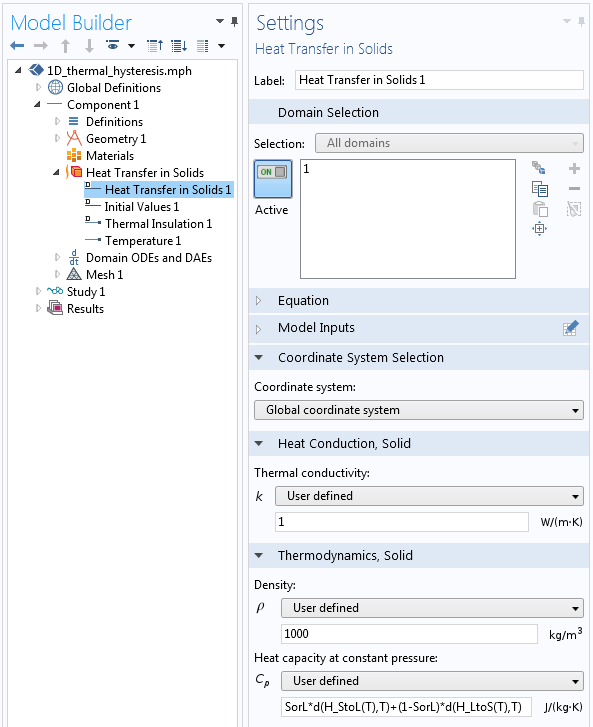 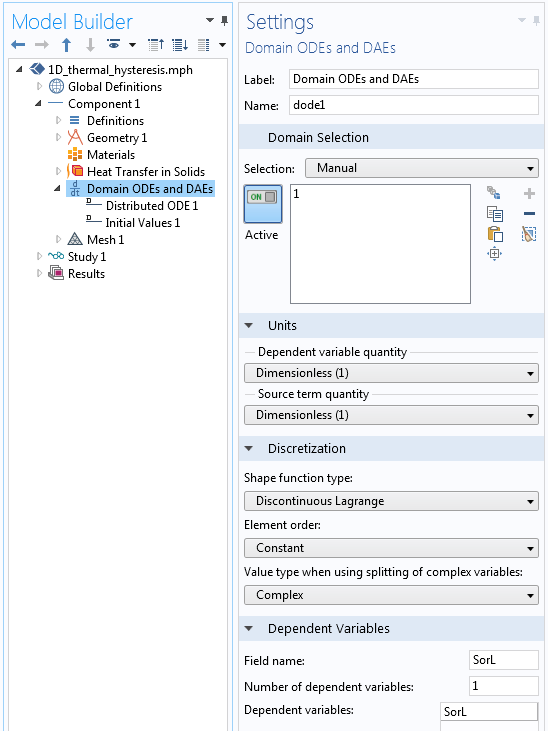 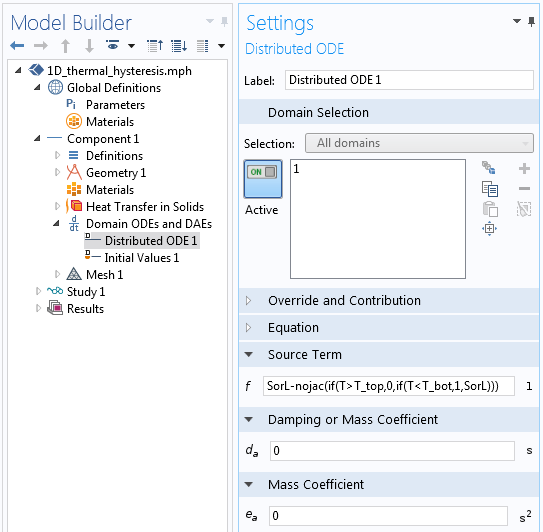 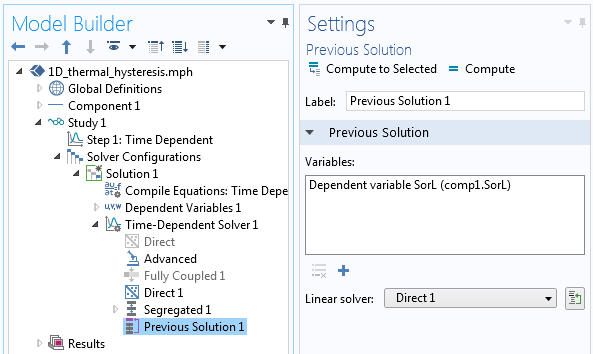 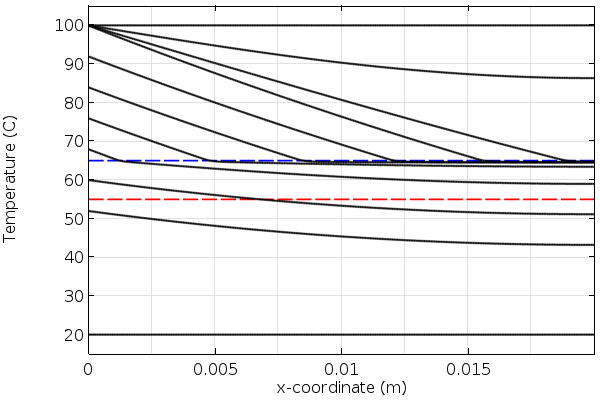 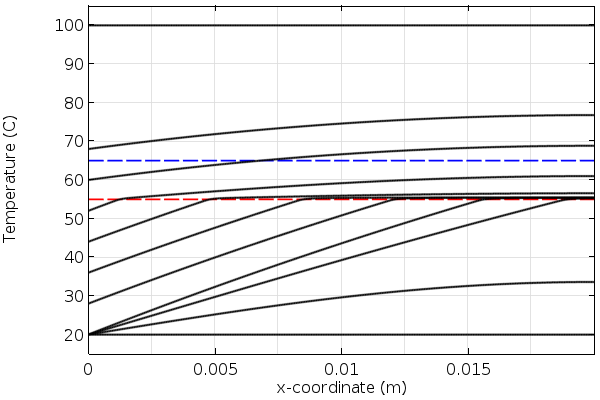 For an alternative approach to modeling of hysteresis, see also:
https://www.comsol.com/blogs/how-to-use-state-variables-in-comsol-multiphysics/

Note that there is also an updated file, for 6.0, and showing both methods, here:
https://www.comsol.com/model/modeling-phase-change-with-hysteresis-46801