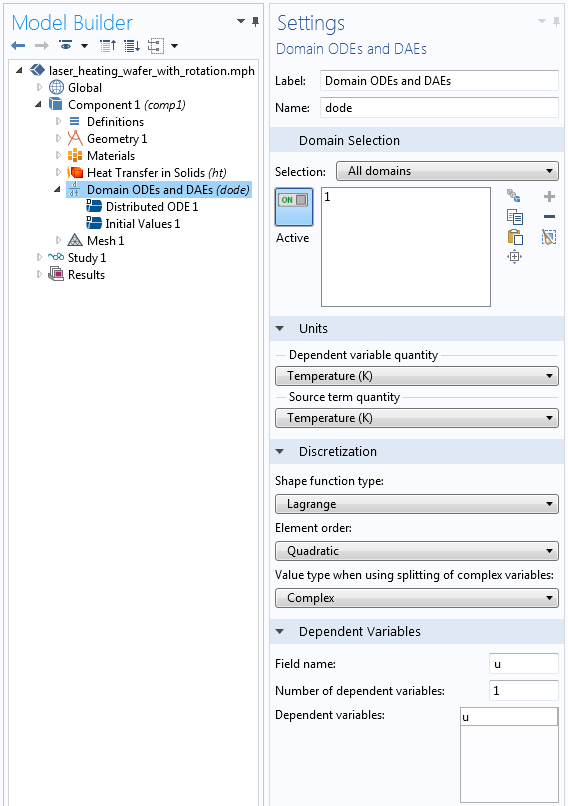 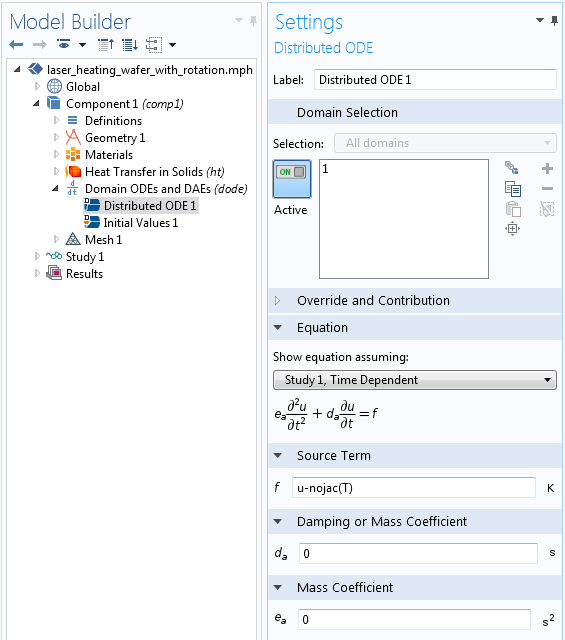 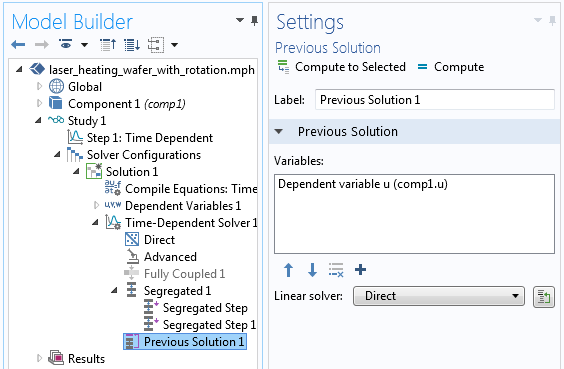 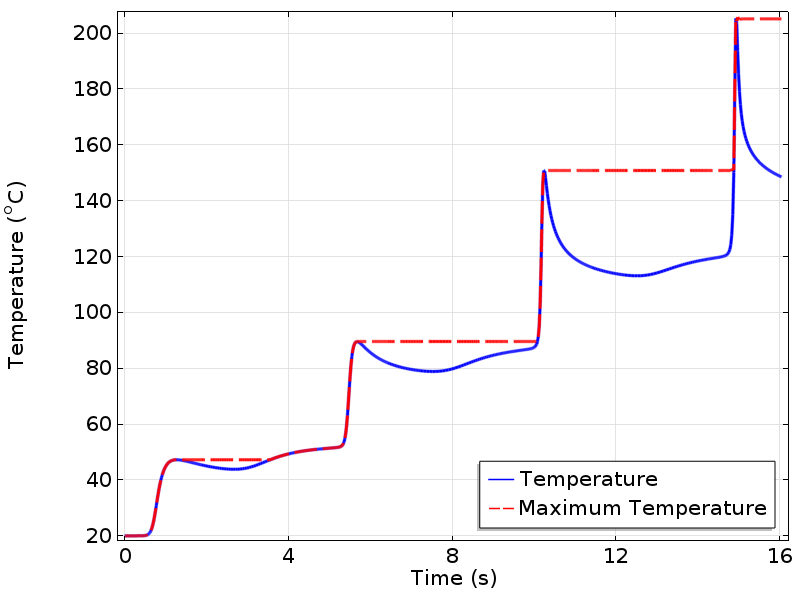 Thanks a lot for the post! I have a question about the variable MaxTemp. From the equation u-nojac(if(T>u,T,u)), it seems that u has already stored the maximum temperature at every point. So why do we need MaxTemp? If we plot u at a certain point, we should get the same figure as the one plotted using MaxTemp. Thank you again for your post!

Hi John,
Not quite, as u is the maximum of the temperature at the previous timestep, so T can be greater than u.
Also, this post is quite old, see also:
https://www.comsol.com/blogs/how-to-use-state-variables-in-comsol-multiphysics/
As well as the timemax, timemin, attimemax, & attimemin operators.

Hello Emil,
For what you are describing, you may also want to look to the Events interface, with reinitialization. See, as a starting point:
https://www.comsol.com/support/knowledgebase/1245

It works well for homogeneous materials. However, it is found that the solutions at previous step cannot be accurately recorded for a model with heterogeneous material properties, no matter what shape function you set in ODE. Why?