Improving Your Golf Swing with a Multibody Analysis

How well you can strike a golf ball is not only determined by your muscle strength, but more importantly — it is influenced by several other factors involved in the mechanics of your golf swing. Let’s see how a multibody analysis of a golf swing can be used to improve the outcome of your stroke.

The outcome of your golf stroke is basically determined by the movement of the club head just prior to impact with the ball. Considering this, we should be able to see how your golf swing could be improved based on a multibody analysis. 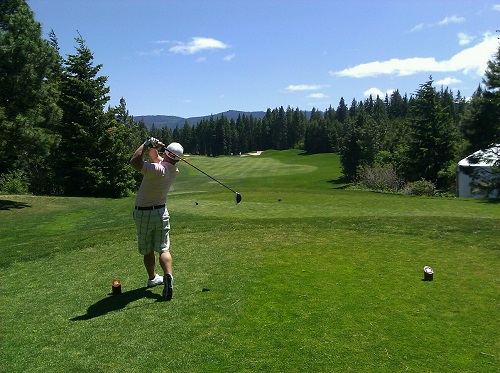 Here, I will show you how I went about modeling various body parts, a golf club, and the connections among them using the Multibody Dynamics Module.

A simple way to simulate a golf swing is by using a two-link model, where the arm and club are the two links connected together by a hinge joint. In this model, the arm rotates about a fixed point, located at the base of the neck, and the club rotates about the wrist joint relative to the arm. The two-link model does not allow a sufficiently long backswing and is not actually a true representation of a real-life golf swing.

A better representation is the three-link model, which also includes the shoulder as a separate link. Adding one more link eliminates the problem related to the backswing. Hence, we will use this three-link model in our analysis. 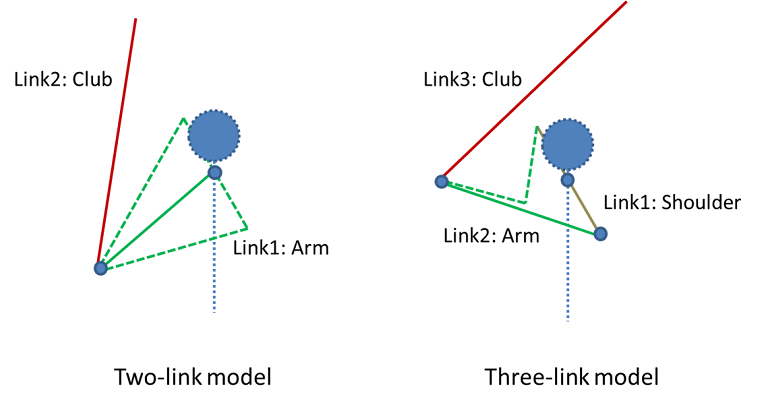 Diagram of the two-link and three-link swing models.

This analysis focuses on maximizing the club head speed just prior to impact with the ball, by understanding the mechanics of a golf swing. The torque profile, applied by different body parts (shoulder, arms, and wrist) is assumed. It is limited by the maximum torque capacity of the respective parts. Among all applied torques, the wrist torque has quite an important role to play in getting the strike right. 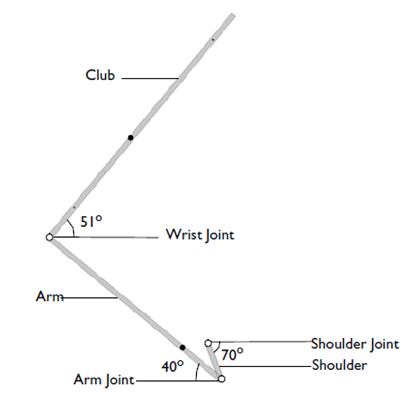 While simulating the downswing of the club, the entire swing can be divided into two phases. In the first phase, arm and club rotate about the fixed point as a rigid assembly. In this phase, the arm and club are folded to minimize the inertia about the center of rotation, which allows the development of maximum angular velocity for the given arm-torque capacity. Here, the wrist is cocked to the maximum possible angle (the amount it can be cocked before you become uncomfortable or the angle is detrimental to your swing) and the applied wrist torque tries to hold back the club in this position against the other two torques. 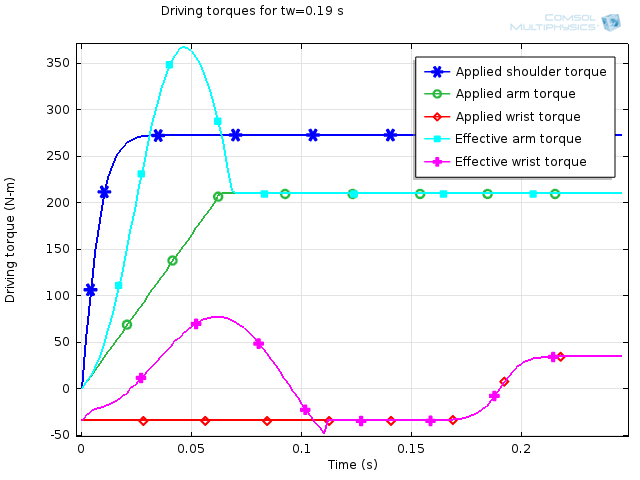 About the Applied and Effective Torques

On the arm and wrist joint, the rotation is not fully free. It is limited in the forward and backward directions by the ligaments, muscles, joint shape, or a combination of all these. In our golf-swing analysis, rotation limit in the backward direction is more important and this limiting value may vary from person to person.

In the beginning of the downswing, due to inertial forces on the body parts, these rotations try to go below the limiting value. Hence, additional torque is applied by the equivalent stiffness and damping of the stop. This makes the effective torque applied by the arm and wrist more than what is actually applied. 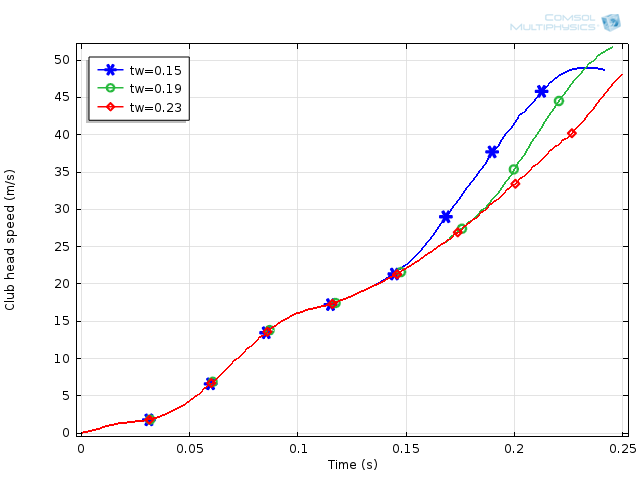 Above, I have plotted the club head speed for various wrist torque switch times (t_w) for the entire duration of approximately 0.25 seconds. It can be observed that for t_w = 0.15 s, we reach the maximum speed before impact — this leads to early hitting. On the other hand, for t_w = 0.23 s, the club head speed couldn’t even reach its maximum value.

For t_w = 0.19 s, the club head speed is higher than the other two cases and close to the optimum value for the given geometrical parameters and muscle strength. 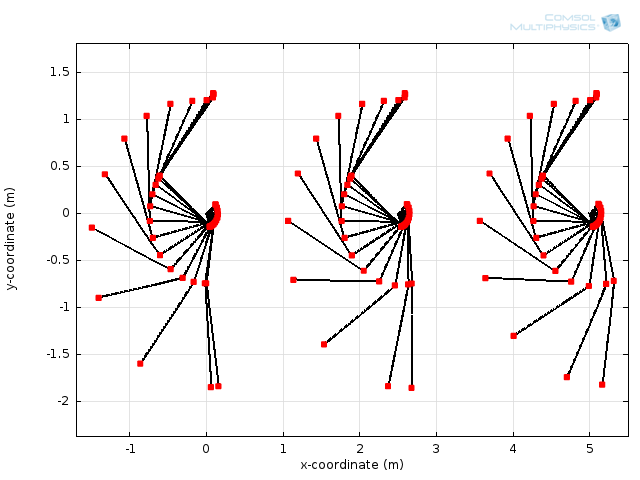 Comparison of the golf club trajectory for different values of t_w (results are displayed in the increasing values of t_w).

Motion of links and the trajectory of arm joint, wrist joint, and the golf club head.

Outcomes of the Multibody Analysis

Maximum arm torque throughout the swing and very high arm speed in the beginning of the downswing can cause an early release, with the club head reaching its maximum speed before actually hitting the ball.

We can also deduce that for the given torque capacity, it’s potentially advantageous to have a long arm swing as well as a large wrist-cock limit angle. Furthermore, the extent to which the wrist can hold back the release is limited by its torque capacity. Therefore, your golfing skills are also strongly associated with the delayed release and the late hit.

In the downloadable model, we also consider the shaft flexibility by dividing the club into two parts: the grip and the shaft. These are connected through a hinge joint with finite stiffness and damping. You can see that the effect of the shaft flexibility to the swing is negligible compared to other parameters.

Get the Golf Swing Tutorial Model

thanks for your shared tutorial model, and the post-processing of Shoulder-Arm-Club’s Motion is impressive!

Thanks! Do let us know in case of any doubts/suggestions.