Mildred Dresselhaus, a Driving Force for Women in STEM

Mildred Dresselhaus has been an influential figure in science and engineering for many years. She is recognized as a driving force behind innovative research in the field of carbon science, among other areas, and an influential supporter of female leadership and development in physics and other traditionally male-dominated fields. Today, we celebrate “the queen of carbon science”, highlighting her many achievements in both science and education as well as her encouragement for women in science, technology, engineering, and mathematics (STEM).

How Mildred Dresselhaus Developed a Passion for Science

For Mildred Dresselhaus, 85 — known to many simply as “Millie” — science was a passion discovered later in life. While growing up in the Bronx, New York City, Dresselhaus took an interest in playing the violin, encouraged by her musically gifted older brother, and imagined herself one day becoming a schoolteacher. Digging deeper into her education, she recognized the ease with which the subjects of math and science came to her. This realization prompted her to pursue an undergraduate degree in physics at Hunter College in New York. 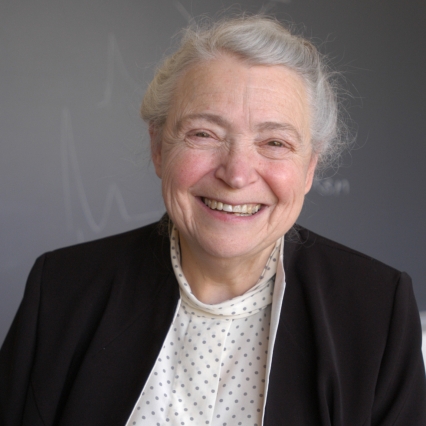 Graduate studies brought Dresselhaus to the University of Cambridge and Harvard University. During her fellowship at the University of Cambridge, she took advantage of the opportunity to sit in on open lectures, listening carefully to everything that she heard. Among these lecturers was the famous British physicist Brian Pippard, known for demonstrating the reality of Fermi surfaces and conceptualizing coherence length in superconductors.

As Dresselhaus began to learn more from these lectures, her interest in science and engineering continued to flourish. Her time at the University of Chicago, where she earned her PhD in physics in 1958, solidified this passion. The university, which was considered the mecca of physics in the U.S. at that time, gave her a renewed sense of hope and inspiration in the professional path that she had chosen.

Recently, I was fortunate enough to speak with Dresselhaus and hear more about her experience. “I got the idea that I could do something,” she told me. “I didn’t know why or how much but the idea became realistic.”

It is this same drive that Dresselhaus has applied to her own professional career and, as we’ll discuss next, the same passion that has inspired her to drive other women to follow their own dreams.

As a student, in her undergraduate, graduate, and postgraduate studies, Dresselhaus often found that she was quite isolated in her science classes. In fact, she was many times the only woman in her class. That caused her to ask the question: “Why aren’t we women doing more?”

“I’ve always believed that women could lead,” she said. “You have to learn how to create opportunities for yourself so you can do what you want to do.”

As the first female institute professor at MIT, Dresselhaus is proof of the ability to generate such opportunities. Her career at the university first began with a research position at Lincoln Laboratory. From there, she moved on to become a visiting professor of electrical engineering, a tenured faculty member, and eventually, in 1983, a professor of physics. Throughout this time, Dresselhaus was praised for her dedication to empowering women to pursue careers in fields typically dominated by men, such as physics.

In an effort to provide financial support and to encourage this outreach activity, a Carnegie Foundation grant was given to Dresselhaus in 1973. That same year, she was selected for the Abby Rockefeller Mauzé chair, an institute-wide chair. Abby Aldrich Rockefeller, the only daughter of John D. Rockefeller Jr., was a philanthropist who encouraged women to seek higher education and follow career paths of their choice, particularly within science and engineering. The chair was endowed to complement Dresselhaus’ efforts, providing scholarships to women pursuing degrees in these fields.

Along with fostering support for women to attend the university, offering female students mentoring and guidance throughout their studies has also been a point of focus for Dresselhaus. In the Friday afternoon sessions she held each semester, for instance, students had the opportunity to join her for open discussions, where topics ranged from material covered in the classroom to career advice.

The awards and honors that Dresselhaus has received over the years speak to her profound impact on generating a stronger presence of women in physics and other STEM fields. Take the L’Oréal-UNESCO Award for Women in Science as an example. The award recognizes the contributions of female researchers to scientific progress in an effort to foster female professional development. Dresselhaus was given the honor in 2007 for her research on solid-state materials, including conceptualizing the creation of carbon nanotubes. More recently, in 2010, she received the ACS Award for Encouraging Women into Careers in the Chemical Sciences, an award that celebrates the accomplishments of women who have shown support for females taking on roles in chemistry, from chemists to chemical engineers.

The impact of Dresselhaus on her students has been powerful both inside and outside of the classroom. Another arena in which her contributions have also shined over the years is within the research laboratory.

From Carbon Nanotubes to Graphene: Years of Innovative Research

Every day in the field of science is an exciting day for Dresselhaus. “Being a scientist is fun,” she told me. “One of the great things about science is that you enjoy what you’re doing everyday.” Knowing this, she has chosen to follow a career path that has always allowed her to be in the lab, a place that keeps her engaged.

Think back to 50 years ago, when carbon science was not the popular topic that it is in scientific research today. For Dresselhaus, the popularity of the subject was never a concern: “I followed this path because it interested me.” She said that as others started to become interested in carbon research, the general pace began to quicken.

Her initial research in the nanoscale properties of carbon materials established a foundation for later discoveries in regards to carbon nanotubes, buckyballs, and graphene. Recently, for instance, Dresselhaus was part of a team at MIT that identified a simple and scalable approach for producing large 2D sheets of graphene and other materials — a challenging limitation over the years. Discovering new dimensionality for individual materials, as in the above example, has provided answers to scientific mysteries, while laying the groundwork for extending the applications of such materials.

Her scientific contributions over the years have earned Dresselhaus numerous awards, along with the nickname “the queen of carbon science”. These awards include the 2010 Enrico Fermi Award, an honor celebrating the achievements of scientists for energy creation, use, and production. She was also awarded the 2015 IEEE Medal of Honor, making her the first woman to receive the award in its 100-year history. This award is designed to recognize leadership and contributions across various fields of science and engineering. Among the other honors she has received are the Kavli Prize, which recognizes scientific contributions in the fields of nanoscience, neuroscience, and astrophysics, as well as the Presidential Medal of Freedom. 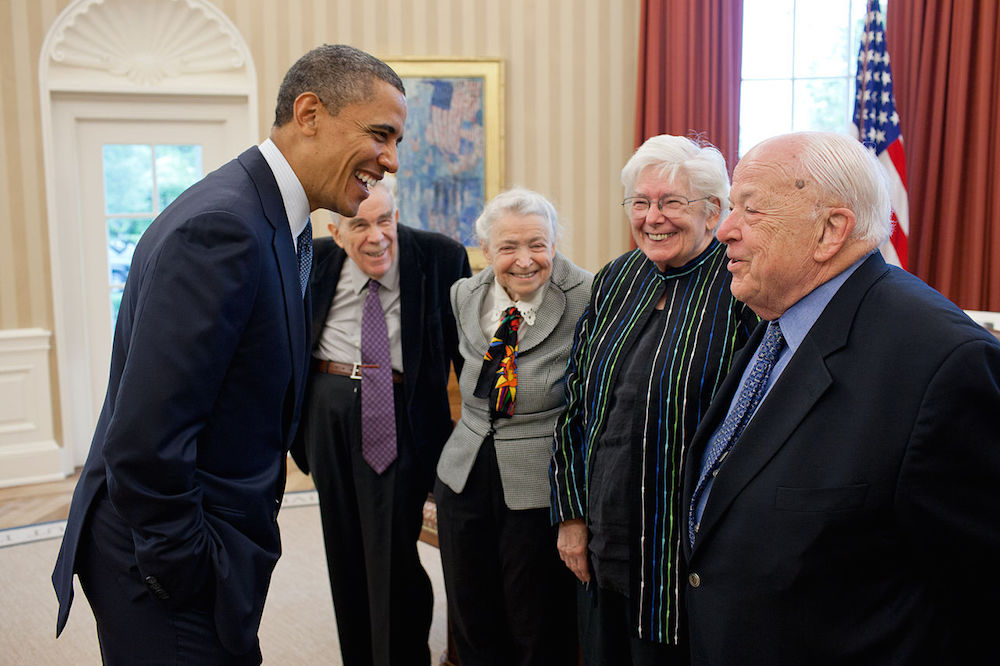 President Barack Obama presents the Enrico Fermi Award to Dresselhaus and other recipients.

As a professor, Dresselhaus looks to impart her vast knowledge and experience onto her own students. The goal: Enrich the next level of scientists and engineers to encourage continued growth and innovation in research. As she notes: “You always need a new generation to come in, bring new ideas, and implement them.”

Editor’s note: We were fortunate to speak with Mildred Dresselhaus in 2016. Since we originally published this blog post, Dresselhaus has passed away (February 20, 2017).